Lunar New Year is back again at Universal Studios Hollywood to celebrate the “Year of the Tiger.” This year the celebration is only being held at the Hollywood & Dine which has transformed into the Noodle House to offer a limited-time menu from February 1st to February 28th.

Despite the small-scale celebration, the Hollywood & Dine is adorned with cherry blossoms, zodiac banners, and a golden tiger figurine at its entrance.

Although there are no performances or shows, guests can enjoy an array of noodle dishes, salad, eggrolls, shumai, and sweet treats to ring in the new year. 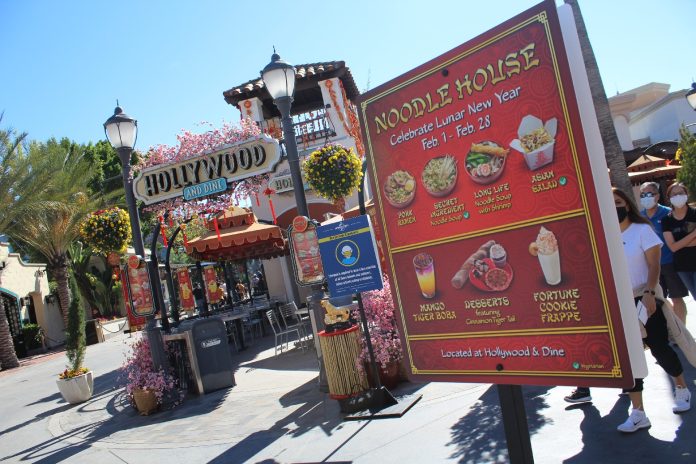 For this year’s celebration, I was particularly interested in the addition of the Mango Tiger Boba and Cinnamon Tiger Tail Donut.

With the heatwave that has hit Southern California, the Mango Tiger Boba is a great thirst quencher. The drink itself is slightly tangy from the Minute Maid Lemonade, but the mango popping boba adds an extra burst of sweetness with every sip. 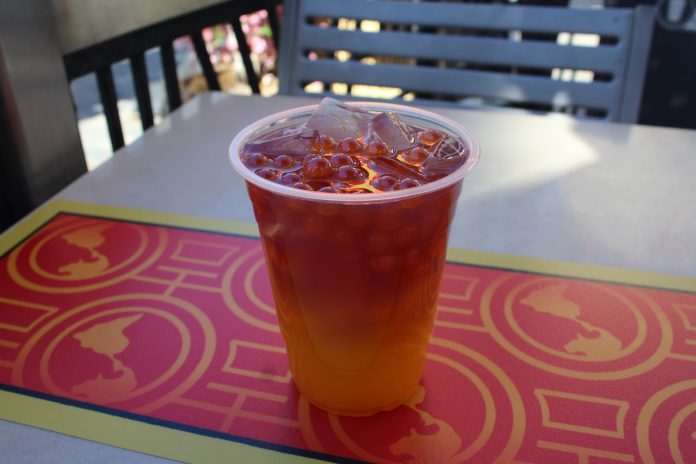 The Cinnamon Tiger Tail Donut is a great dessert to share with others. This twisted donut coated in loads of cinnamon sugar and chocolate drizzle is sure to satisfy anyone’s sweet tooth craving. The donut also comes in a cardboard carrier to make it easy to transport. 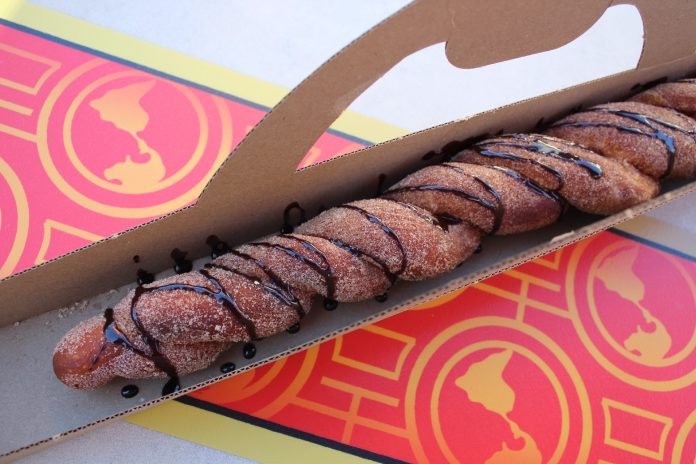 The Long Life Noodle Soup with Shrimp Tempura had a nice and light soy sauce broth. Having the right consistency of noodles is hard to come by, but Universal Studios Hollywood nailed it with their rice noodles. It was cooked to perfection – not too soft, not too hard, and the togarashi, a Japanese spice mixture, added a nice kick of flavor without it being too spicy or powerful. The shrimp tempura on top held together quite nicely and was also crispy. The addition of the fish cake and snow peas not only added a nice variety of color to the bowl, but also great texture and contrast to the noodle dish itself. 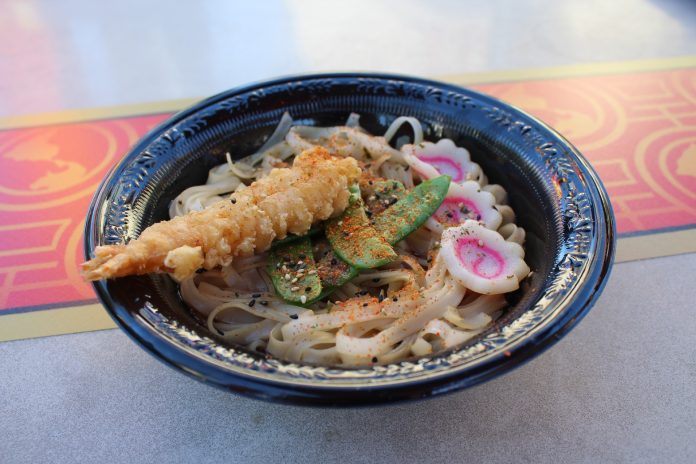 In addition to the food, guests also have the opportunity to take photos with Hello Kitty in her festive Lunar New Year dress in front of the Animation Studio Store and with the Kung Fu Master, Po near the entrance of the Waterworld show. 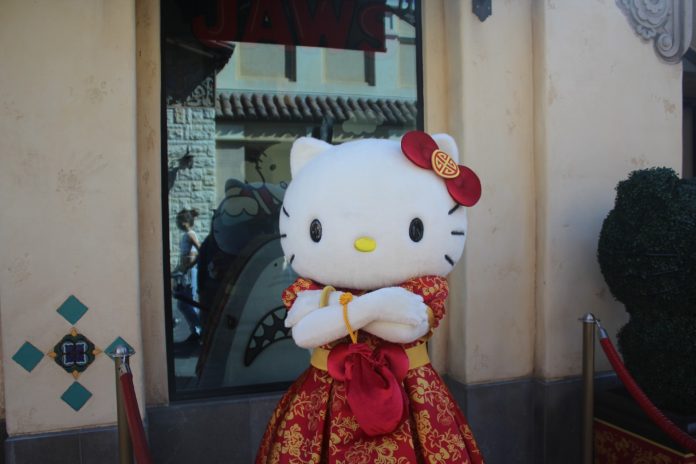 Limited merchandise featuring Tigress and Po commemorating the Year of the Tiger can be purchased inside the park as well. 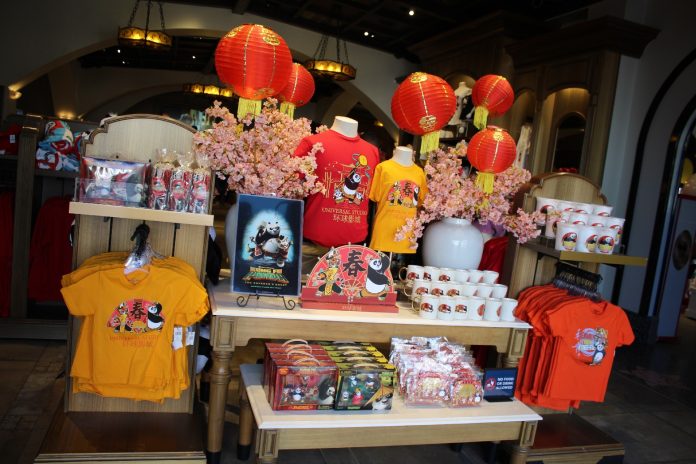 The event runs until the 28th and the great food selection is something that cannot be missed. Even in these trying times, Universal Studios Hollywood has found a way to put on a yearly tradition that guests have come to enjoy!