A new design for Universal merchandise bags has been released at Universal Orlando, retiring the long-used black bags that featured Shrek, Spider-Man, Spongebob Squarepants, and the Hulk.

The new bag is a much brighter design, with blue and white colors, and features Jurassic Park/World, Transformers, Harry Potter, and the Minions. 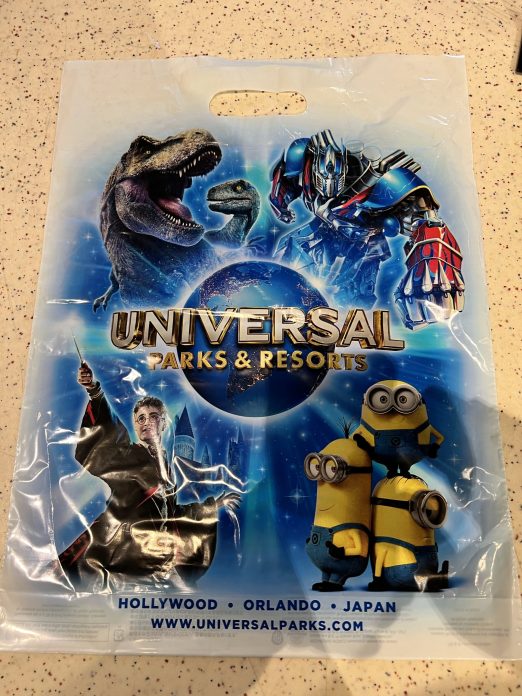 Universal has also opted to forego park-specific designs and encompass the Universal Parks as a whole, representing the parks in Orlando, Hollywood, and Japan.

As of now, the design has been found at Universal Orlando, but we expect the bags to start showing up at the other parks around the globe soon.

Stay tuned to Inside Universal for all the latest news & info on Universal Parks & Resorts.