The newest attraction on the world-famous Studio Tour featuring an original set from Jordan Peele’s newest horror film, Nope starring Daniel Kaluuya, Keke Palmer, and Steven Yeun will be available for guests to experience starting this Friday, July 22nd. For the first time in history, a Studio Tour attraction opening day will coincide with a movie release date.

In addition to the newest attraction opening, Universal Studios Hollywood is expected to roll out more electric trams. 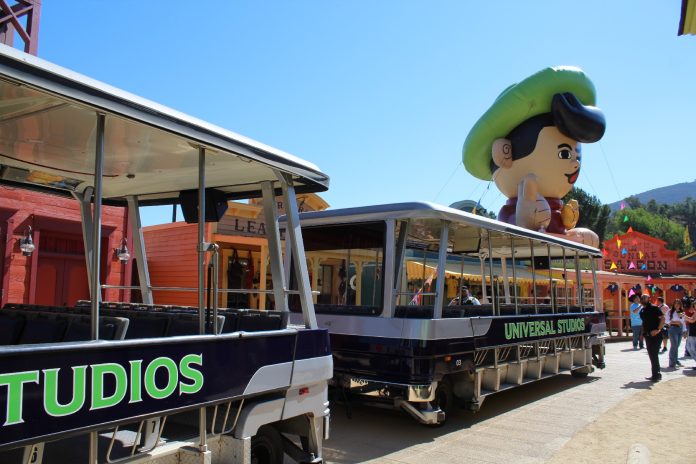 Nestled next to Falls Lake and where the Log Cabin used to be located, this permanent installment will transport and enable guests to experience the world of Jupiter’s Claim – a fictional theme park set in the Santa Clarita Valley. Owned by former child star, Ricky “Jupe” Park (played by Yeun) and based on the California Gold Rush, props along with pieces laid out on the set bring the world of the film to life. 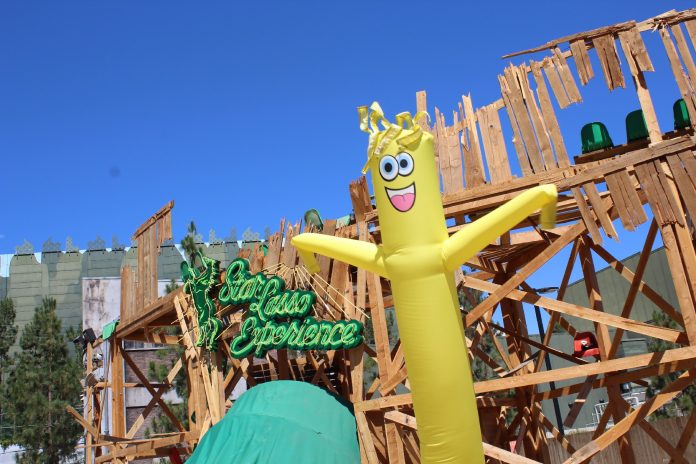 From the Sheriff to the Blacksmith, the Jupiter’s Claim set has several intricate details. There are interactive QR codes placed at the ticket booth and also on the side wall of the Candy Bowl that allows access to the Monkeypaw Production website. Illustrated versions of Ricky “Jupe” Park can be seen as a giant inflatable atop the Candy Bowl and also on the different merchandise such as shirts, cups, and bags of confectionaries displayed in the Jupe’s General Store. Horse plushies, trinkets, and other knickknacks are carefully placed along the set. The various signage are also fun to look at and gives realistic elements that tie the whole set together. 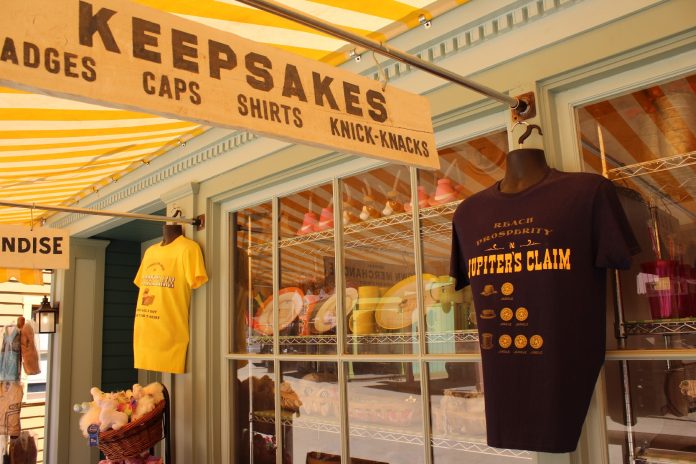 As guests delve deeper, there may be strange occurrences coupled with ominous music, a series of sounds, and flashing lights emanating from various parts of the set.

The ruins and destruction along with the obscure dolls on the ground of the Star Lasso Experience at the end of Jupiter’s Claim bring to question what kind of chilling phenomena awaits in the film.

The set is truly an immersive experience and we would like to thank Universal Studios Hollywood for allowing us to get a preview of the set. Nope, along with Jupiter’s Claim featured on the Studio Tour, opens this Friday! 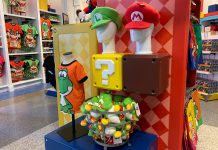