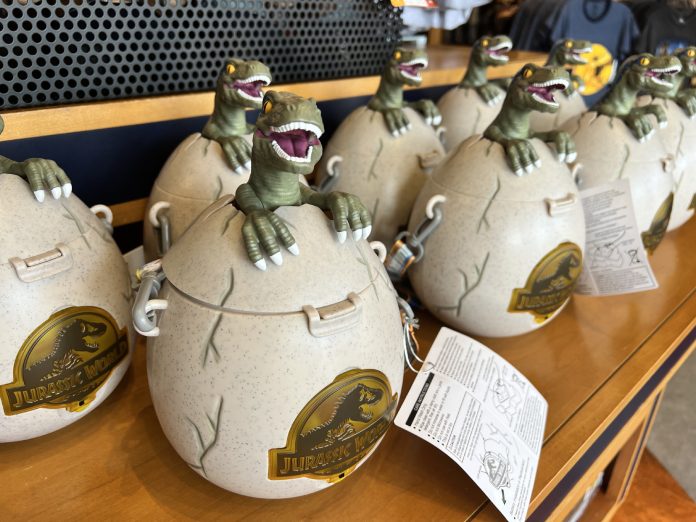 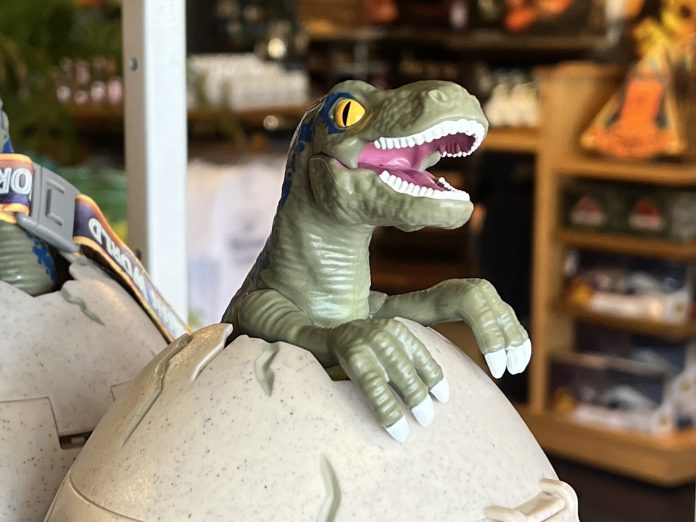 The popcorn bucket is a raptor egg that features a baby raptor hatching from the top.

And yes, the amber Jurassic World logo on the front lights up.