May 27, 2013 – By many accounts, the 1990s and the early 2000s were considered Universal’s golden age. Universal had just finished unraveling WaterWorld – A Live Sea War Spectacular and Terminator 2: 3D – two groundbreaking attractions that pushed the traditional boundaries of theme park entertainment. Universal had also underwent a dramatic push to create a more child-friendly atmosphere with the introduction of Nickelodeon Blast Zone (now the Adventures of Curious George) and Rugrats Magic Adventure! (now Shrek 4D).

Now as we arguably head into Universal’s second “golden era,” let’s take a brief look back at some of Universal’s publicity stills from 1999 to 2001 – just before the dawn of the digital age. Opening in 2001, Nickelodeon Blast Zone replaced the War Lord Tower with three distinct play areas – an elaborate water playground, a ball room and a miniature play area for toddlers. Despite having “closed in 2008” due to licensing rights, much of the playground exists today in the form of the Adventures of Curious George. 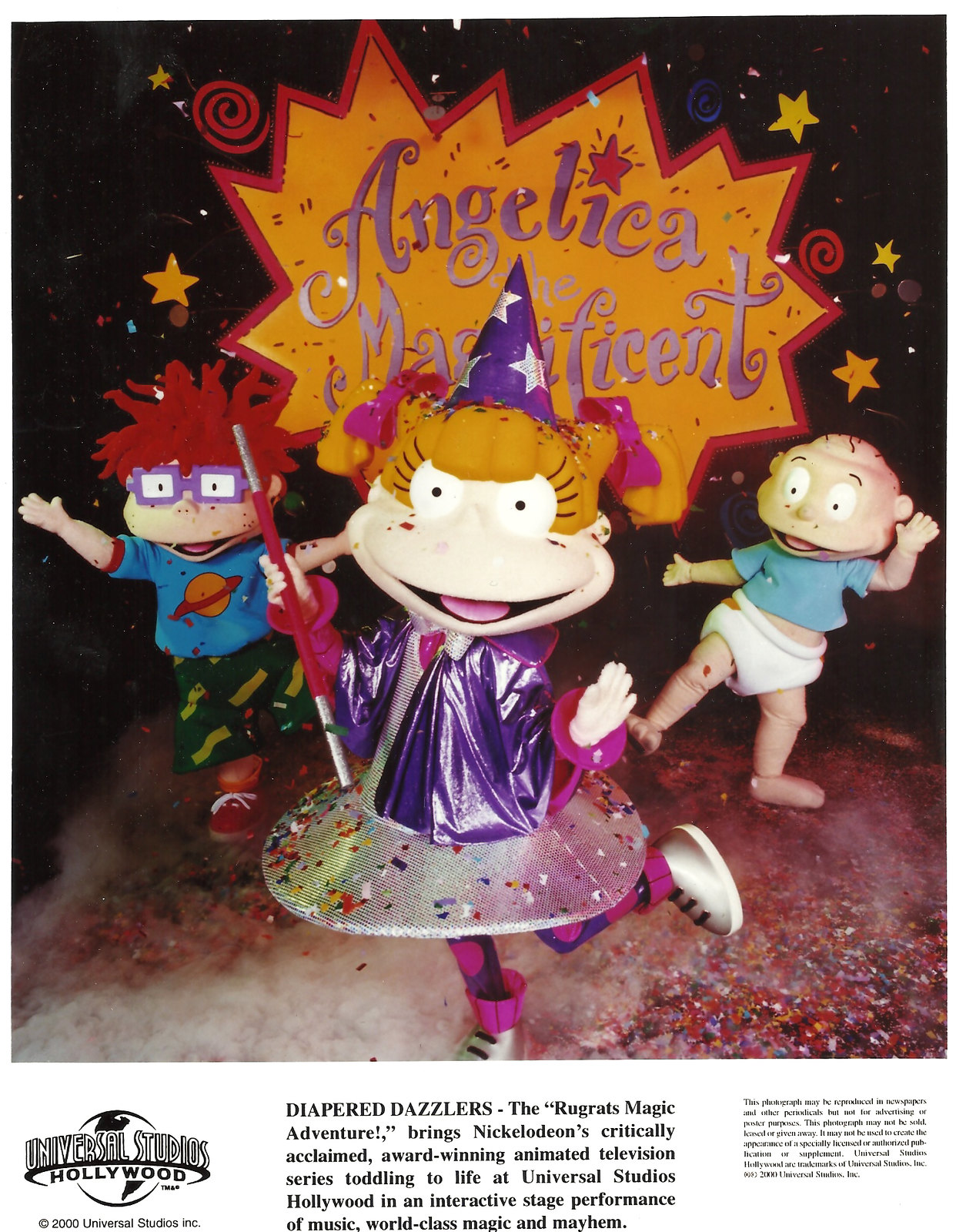 Continuing the theme of Nickelodeon-branded attractions, Rugrats Magic Adventure! opened in 2000 as a live stage show featuring Tommy, Phil, Lil and Chuckie partaking in one of Angelica’s more elaborate schemes to become a world-class magician. The live stage-show featured a mix of special effects, costumed live characters and catchy show-tunes.

Rugrats would eventually close a year later, leaving the theater empty until the opening of Shrek 4D in 2004. Opening in 1986, Kongfrontation sparked the modern-day Universal theme park you see today. Featuring two distinct scenes – the death of helicopter reporter Kelly King and the big gorilla himself attacking the tram – the experience was destroyed in 2008 in a massive backlot fire.

However, King Kong continues to live on the backlot today in the form of Peter Jackson’s wildly successful King Kong 360 – 3D – albeit in animated form. Recognize some of the shops in this press photo?

Though not explicit in this specific shot, CityWalk underwent a massive expansion in the early 2000s to become the entertainment district you see today. Judging by the copyright of this photo, this shot was taken in the midst of CityWalk’s relaunch. Opening in 1995, WaterWorld continues its run at Universal to continued widespread acclaim after entertaining millions of guests. 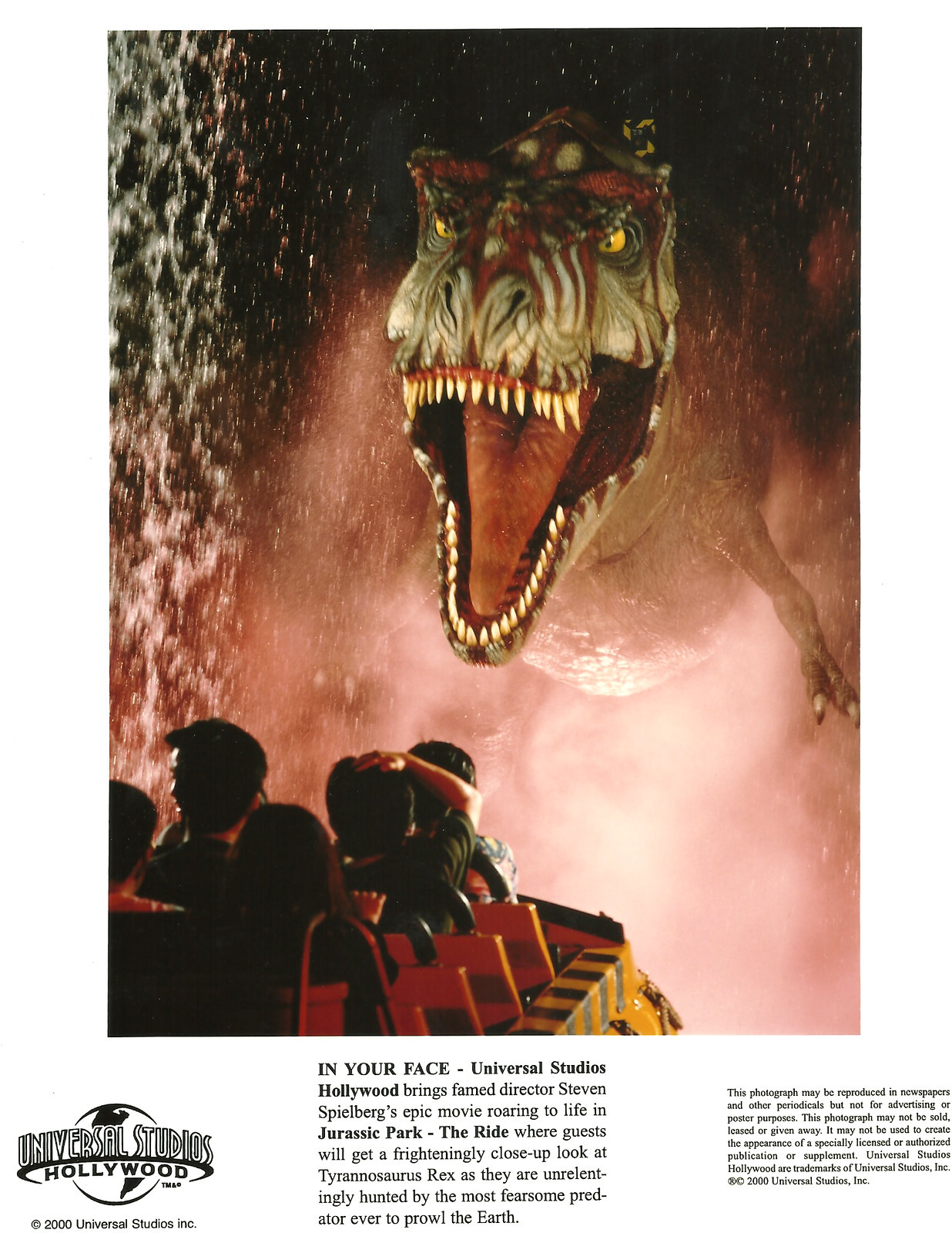 Considered to be Hollywood’s equivalent of “It’s a Small World,” Jurassic Park: The Ride was eventually ported to Universal’s Islands of Adventure and Universal Studios Japan. Singapore – on the other hand – utilizes a similar plot structure in the form of a tamed down water raft attraction. Opening in 1999, Terminator 2:3D was a live-action 3D thriller featuring the original cast and crew of the first two Terminator movies. Unfortunately, Terminator would eventually close in 2012 to make way for Despicable Me: Minion Mayhem. What was once a simple stop on the Studio Tour, the famous Psycho House now plays a central role in Halloween Horror Nights. In fact, you can even take a picture with Norman and wander through his infamous motel.

Just be sure not to mention his mother. No description needed here – it’s the world famous Studio Tour! Unfortunately, the facade you see above was replaced after the backlot fire of 2008. While you may be delighted to know that the character still wanders throughout the park, his clubhouse has since closed. Sorry Woody. 🙁 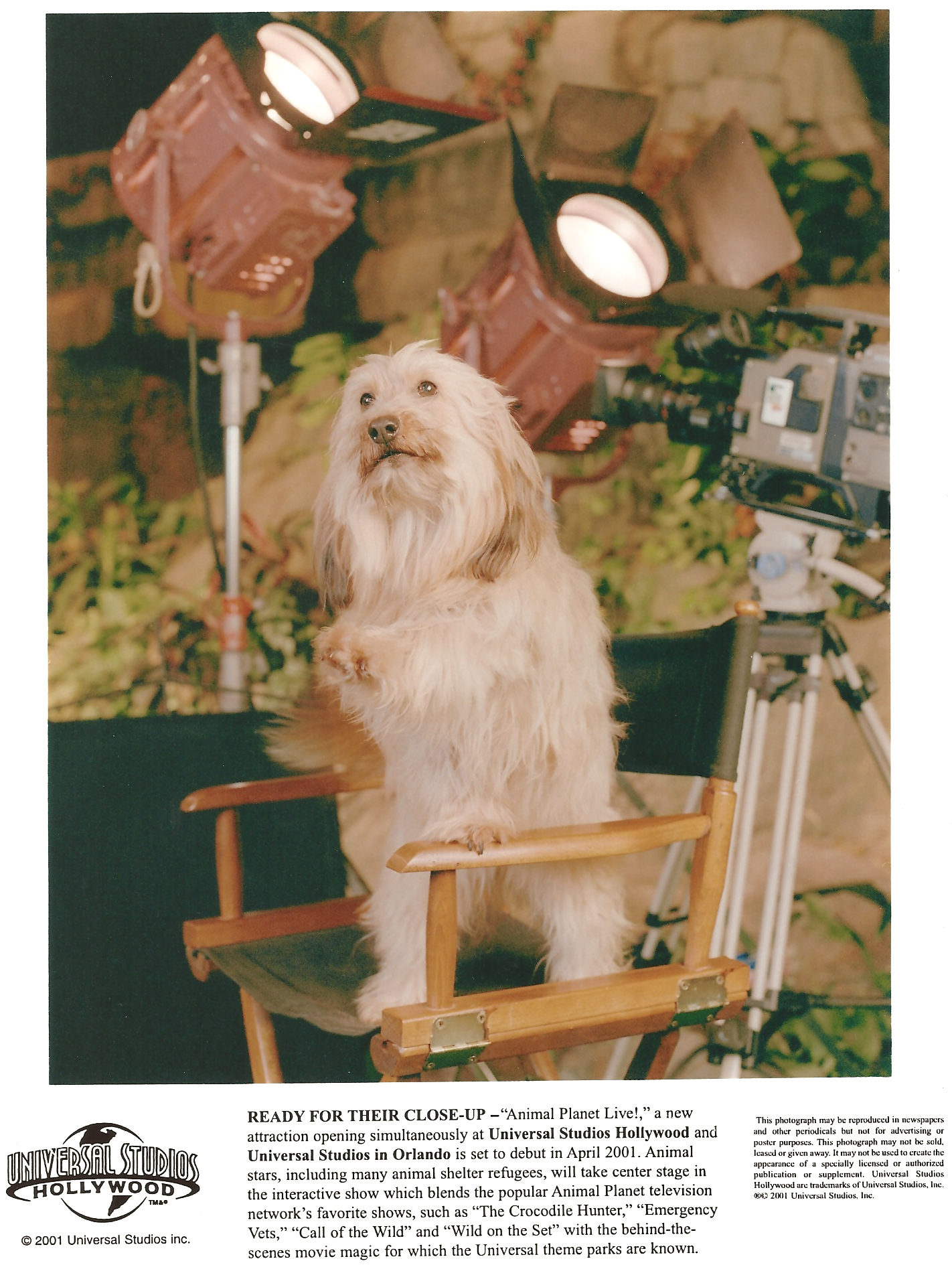 Opening in 2001, Animal Planet Live! was one of the most drastic changes to Universal’s classic animal show. Featuring the introduction of a large LED screen to coincide with the cable television network’s presence, Animal Planet Live! featured cameos from some of the channel’s most recognized personalities – including Jeff Corwin.

Though show would eventually close in 2006, much of its plot continues to live through Universal’s Animal Actors.

That does it for us! Be sure to look for future installments in our Studio Vault series as we continue to detail Universal during the 1990s and 2000s.

Scans by Chris Lord. Text by Jon Fu. Special thanks to theStudioTour.com for some of the information referenced above.