June 3, 2013 – After a rather long hiatus, Rumor Rumblings is back – this time, featuring the latest news on the Special Effects Stage, Universal Plaza and Universal’s Animal Actors. So without further ado, let’s see what’s the latest buzz surrounding Universal today:

Putting aside the Evolution Plan for just a moment, we’ve received word that the Special Effects Stage should be getting a new segment to replace the existing ParaNorman bit on June 8th.

No additional information has been provided, but ParaNorman has been a staple of Special Effects since the film’s release in summer 2012.

If you’re a fan of the stop-motion film – don’t fret! As far as we’re aware, ParaNorman continues to have a presence in the NBCUniversal Experience located on the Lower Lot. 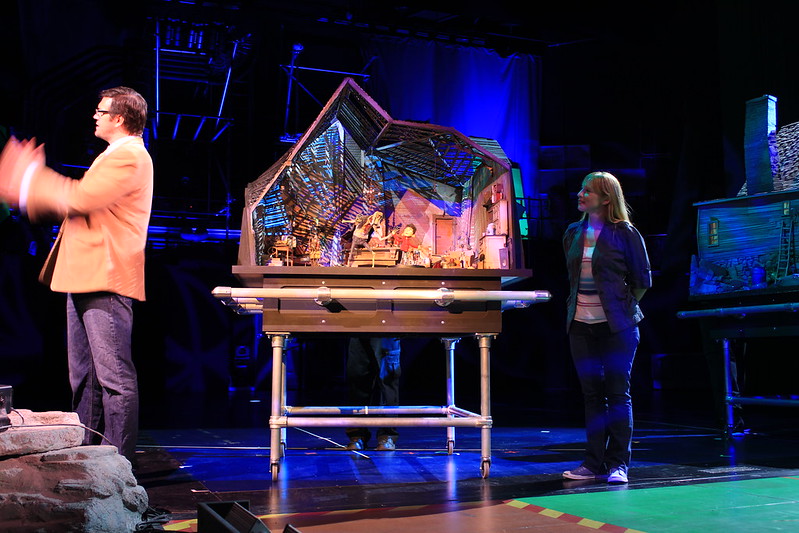 The hosts of the Special Effects Stage introducing a set-piece from ParaNorman.

While we still expect the Plaza to be relatively subdued compared to Paradise Pier at Disney California Adventure, expect something greater and more elaborate than a simple “Central Park” as was envisioned before.

So in other words – if all goes to plan – Universal Plaza should be composed of a few dining options (Pink’s Hot Dogs, Starbucks?), perhaps some shops, and a fountain with a central park figure.

One other thing: if a central park icon should emerge, expect it to be inspired by Art Deco design. Sounds nifty, huh?

As far as a completion date, it appears as if they’re still aiming towards the end of summer at the latest, but given the current progress thus far, we wouldn’t hold our breath. From what we’ve seen, they’ve begun planting trees and erecting structures alongside the pouring of cement – but nothing too major that would suggest a nearing completion date. 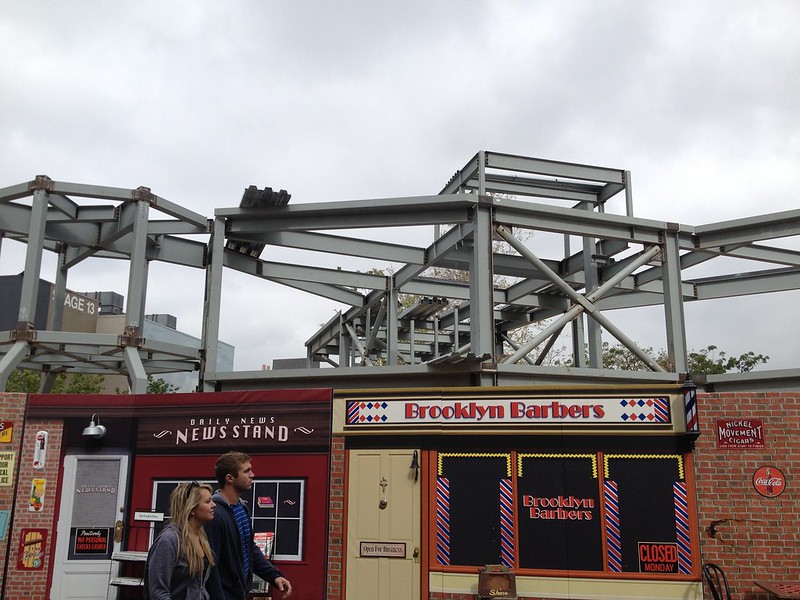 Progress of Universal Plaza as of May 25. Photo courtesy of jmills.

And finally, Universal’s Animal Actors: we’ve received word that the show will be closed from June 3 to June 8.

While this is not major news in itself, it does prove puzzling given that Universal Animal Actor’s almost certainly never closes for refurbishment or maintenance – at least to the extent of five days.

Given the show’s unusual closure, we’ve gotten word that this may be due to Universal Plaza and the project’s languishing pace. Regardless, it is an odd development.

Anyone else have word on what’s going on? Is the show getting a paint job?

Edit: Looks like it is! Expect a new setup when the show reopens.

Anyhow, that’s it for this edition of Rumor Rumblings. As always, be sure to check us out at USHForums.com, Facebook and Twitter. Thanks again for reading, and I’ll see you in the next post.