Continuing a relatively long lineage of 3D mazes, Black Sabbath 13 3D continues the tradition by bringing the lyrics of Black Sabbath to life – this time in an all-inclusive maze at Halloween Horror Nights Hollywood. 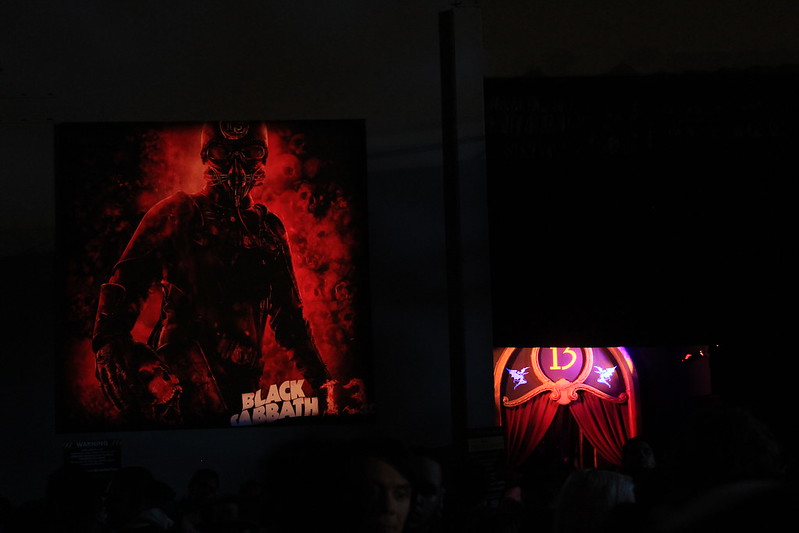 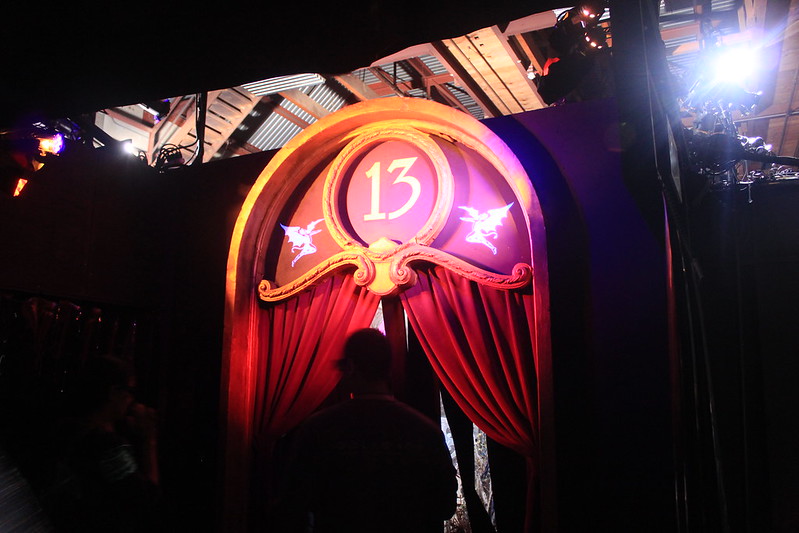 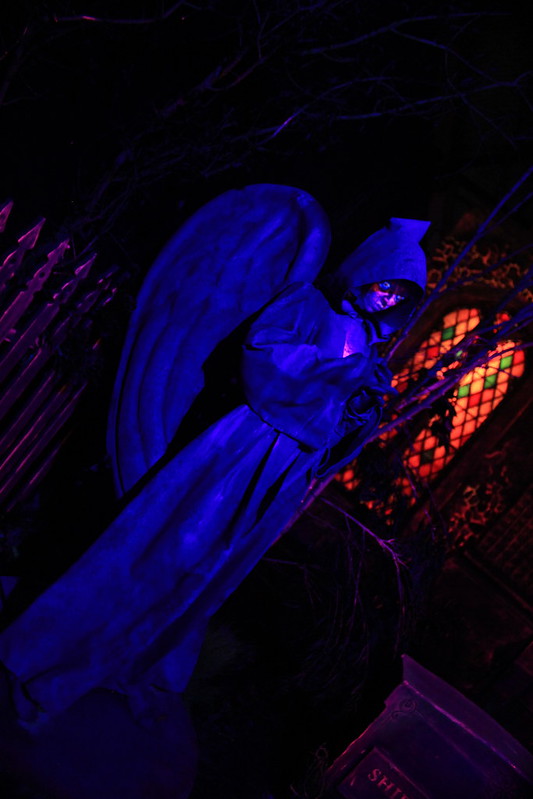 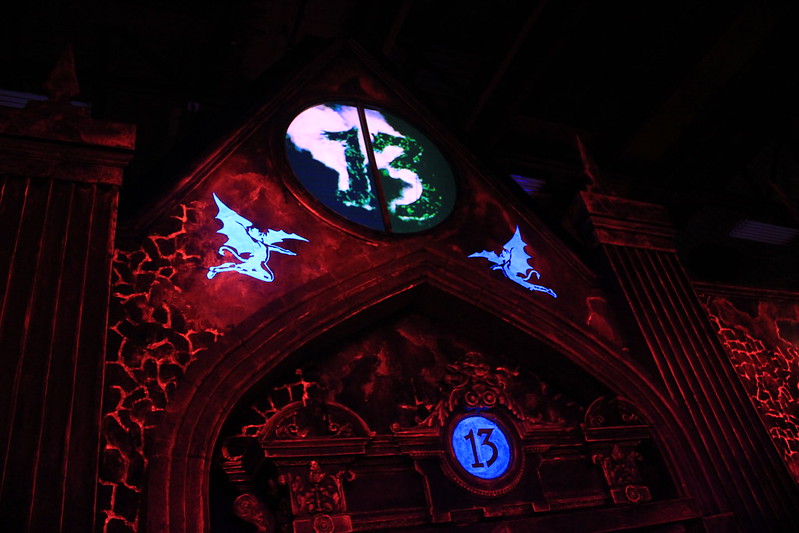 Borrowing many of the set concepts and props from last year’s rather fun Alice Cooper, Black Sabbath continues the dizzying array of bright neon paint paired together with disorienting patterns that make for a enjoyable – if not different – experience. Guests are given “3D” glasses as they make their way through gruesome scenes and images borrowed from the lyrics of Black Sabbath. And while the images are definitely gruesome in some respects, compared with the rest of Halloween Horror Nights, the entire maze is rather tame. Like Alice Cooper the year before, I found myself having more of a good time rather than fearing for my life – which in itself may be a good thing. After all, it’s fun having a bit of variation mixed in.

As you would come to expect from this event, the set design is excellent (as with other Horror Nights mazes) and cast and crew were top notch, though I couldn’t help but look up and notice the elaborate soundstage that is 747. While this isn’t a knock on the maze itself, it would have been nice to see the entire soundstage being used to its full potential. You’d expect a maze in the same caliber as The Walking Dead: No Safe Haven (with its faux two-story scene) in the same setting rather than something that have could have been setup in the former Terminator 2:3D queue. Either way, the Horror Nights crew openly expressed their severe restraints this year, so perhaps we’ll some something more elaborate in the future.

Going back to Black Sabbath – it’s enjoyable, though there’s not much else I could say. While there are a couple of nice innovative scenes thrown (the nuclear scene in particular), there’s really nothing that could be considered a game changer that truly differentiates this maze among other mazes included in this year’s event. While the concept is fun and unique (the 3D effect remains surprisingly effective), the same could be said about last year’s Alice Cooper experience. Again, that’s not necessarily a bad thing (like the Terror Tram, why mess with something that works), but it may be a letdown for fans looking for something truly new.

In the end, Black Sabbath is a respectable jump from last year’s Alice Cooper, though I don’t think it matches the hype that surrounded its launch. 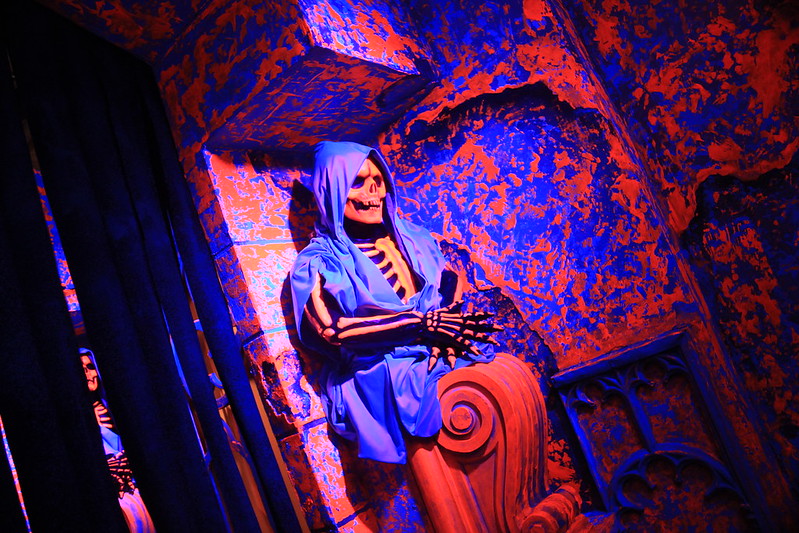 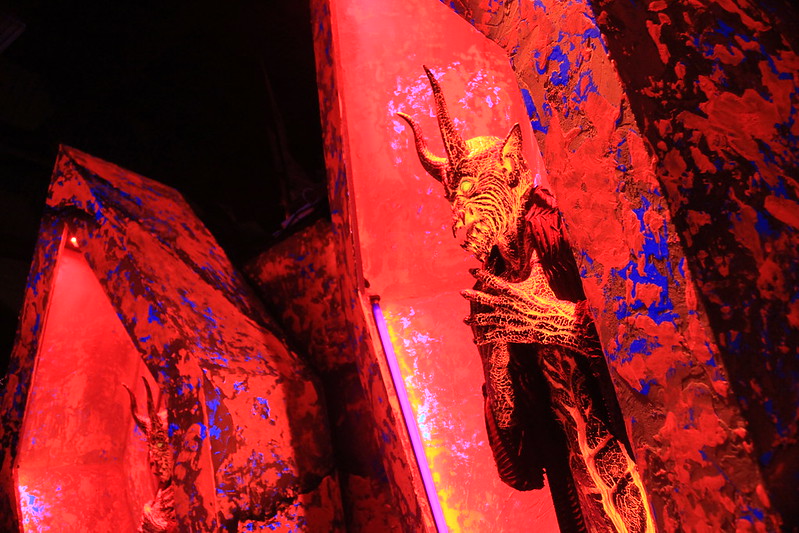 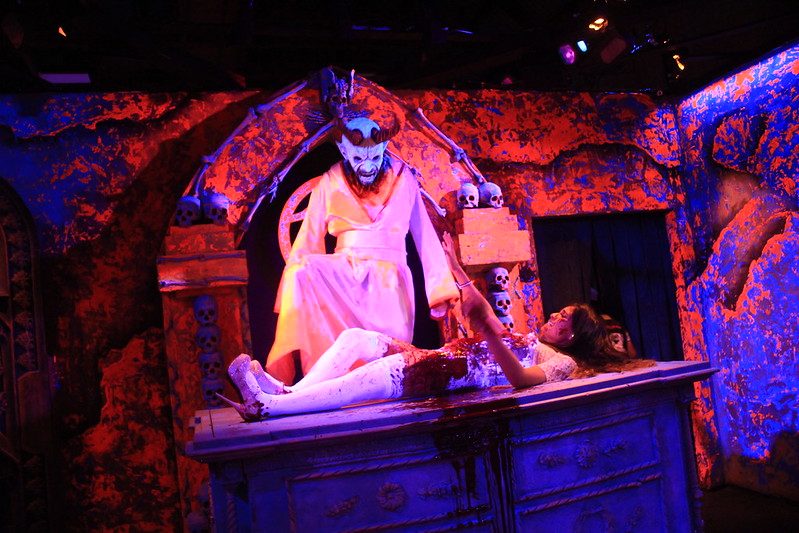 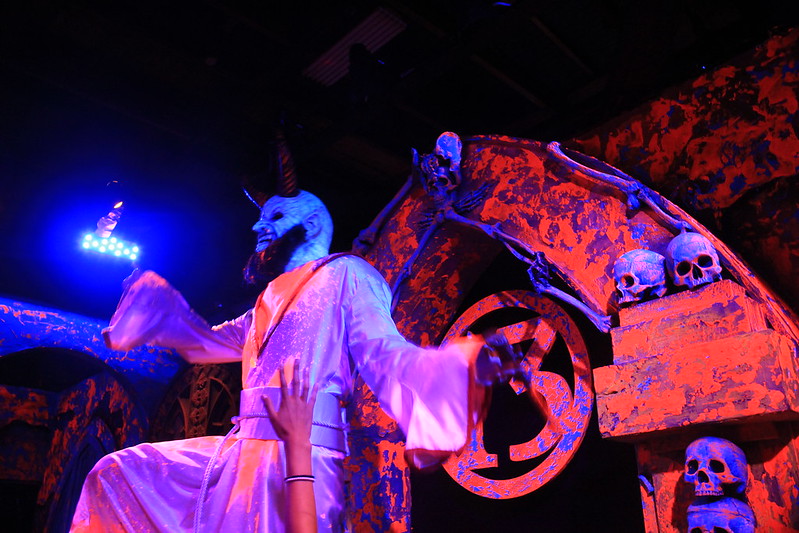 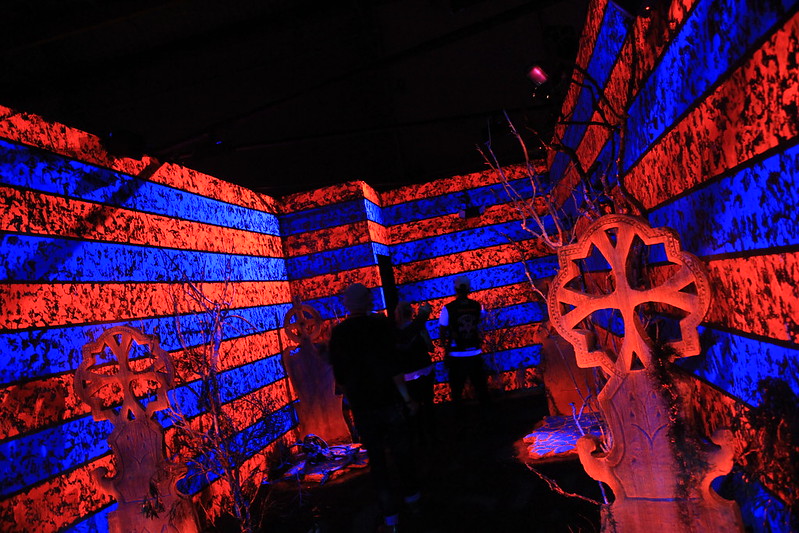 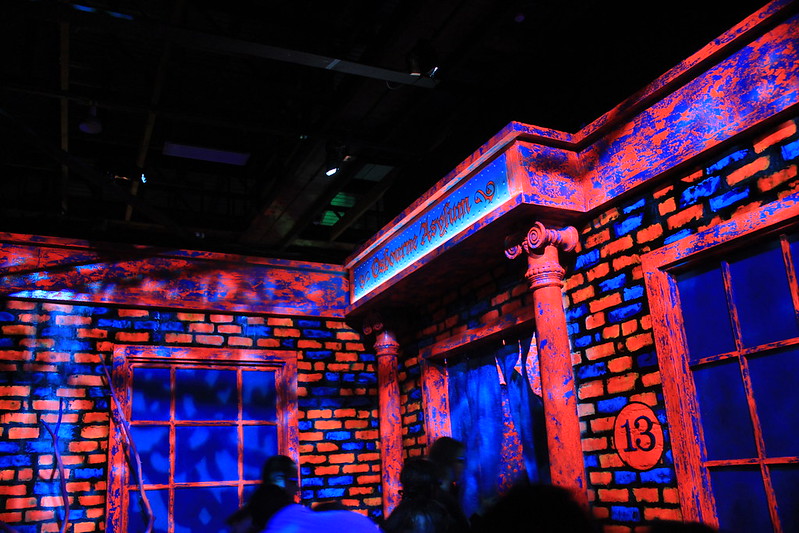 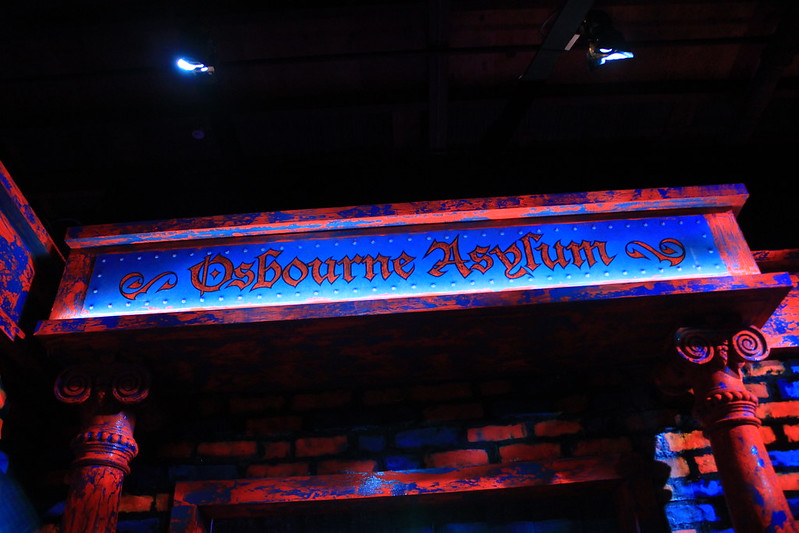 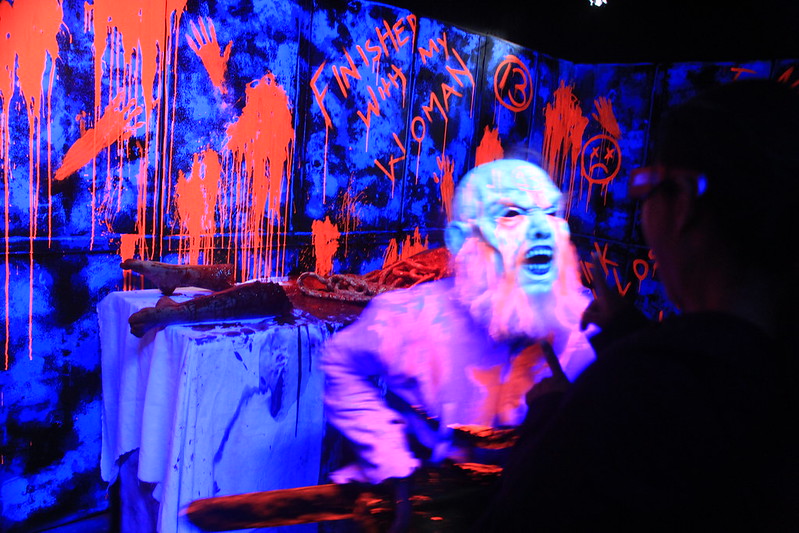 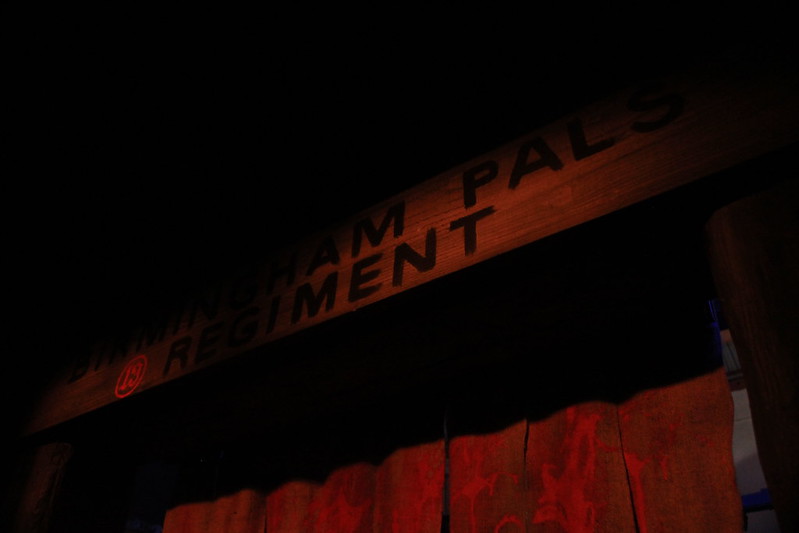 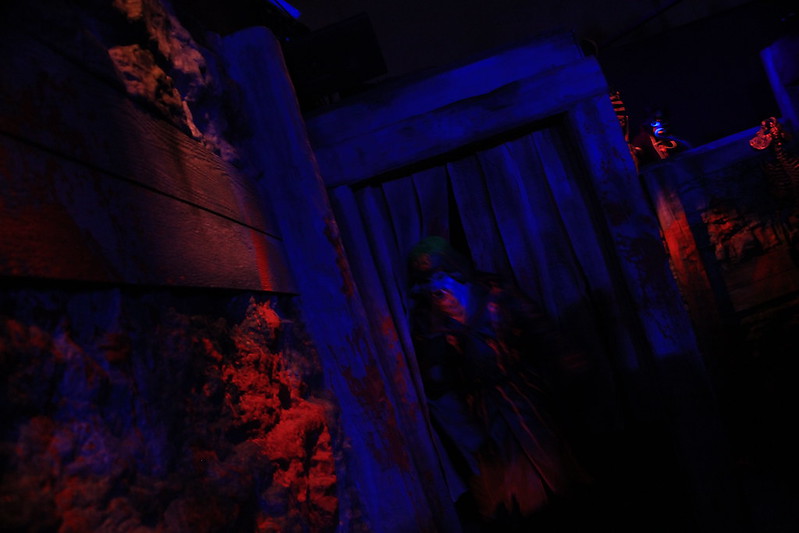 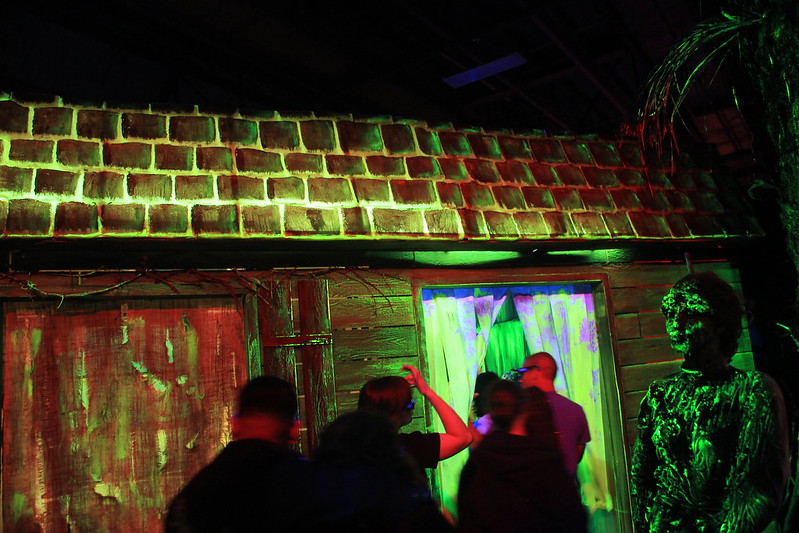 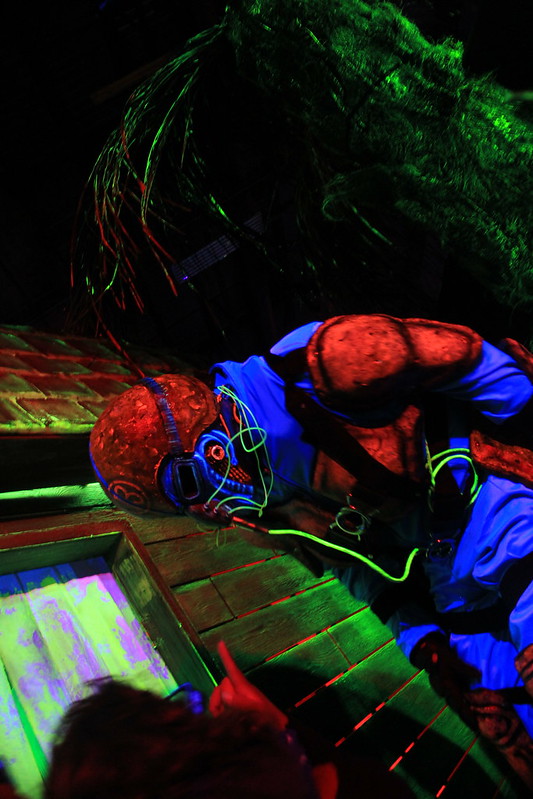 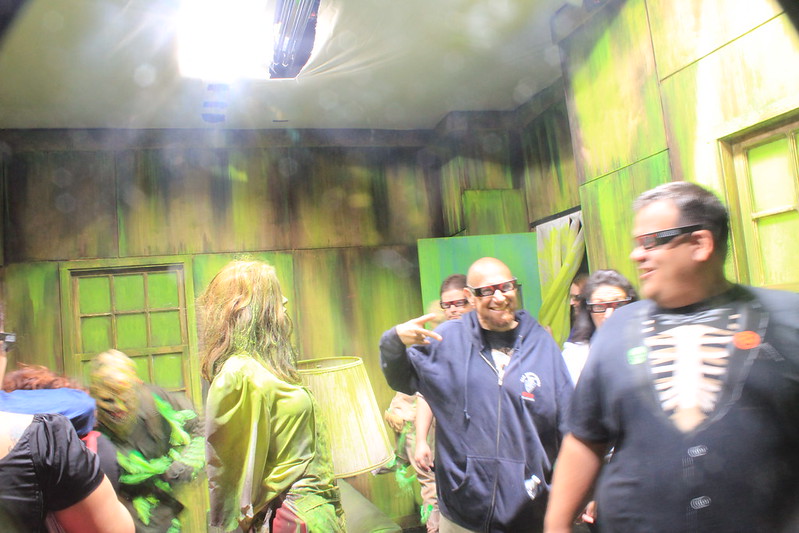 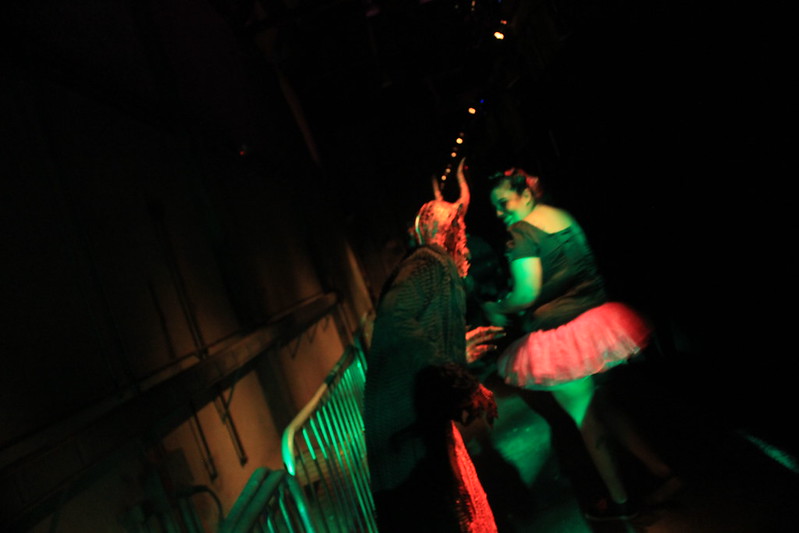 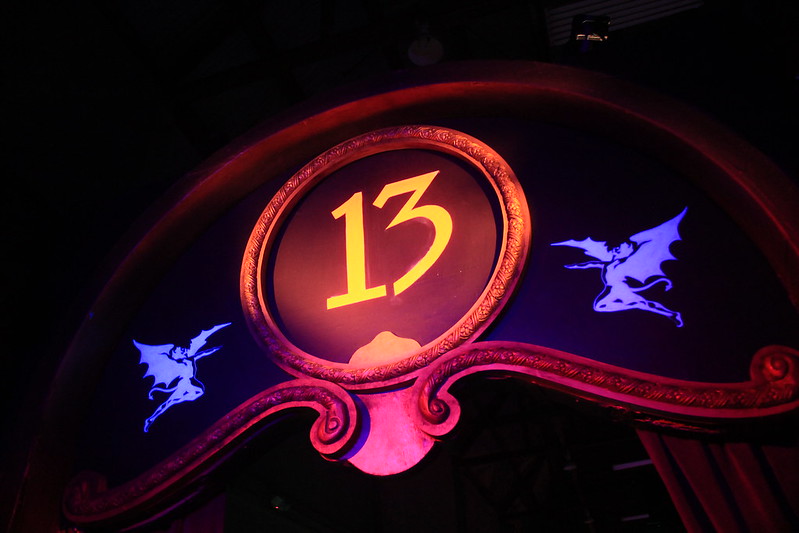 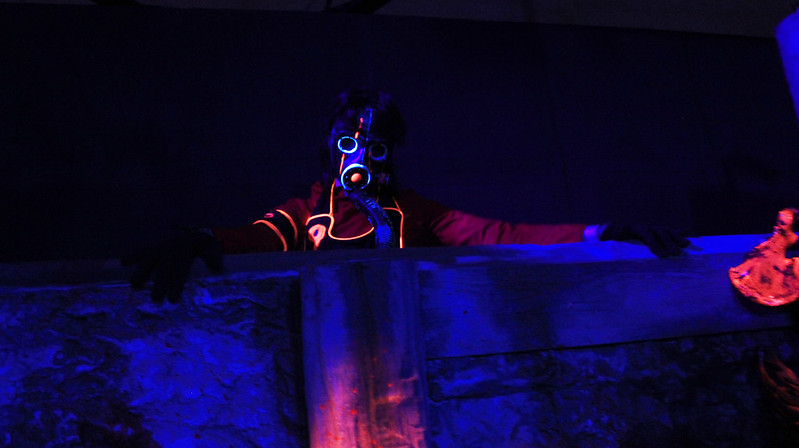