Welcome to another addition of Drew’s Top 5! Before we start let me just say thank you to all the people who reached out to me on Twitter and our comments on the article on Facebook. Hope you guys enjoyed the first installment. There will be plenty more informative articles like that one in the future! This week we’re taking a slightly different approach.

If you’ve been around Orlando United for a while now you know that our discussion forums are home to many, many rumors. Some hold weight, some hold none. Some come to be, most don’t. This week, we’re going to tackle the Top 5 rumored attractions that never quite came to fruition. We’re not talking DC Land here. We’re talking strong rumored attractions of the yesteryear with some evidence that they may have actually come close to development. Ironically, most of the 5 were rumored additions to Islands of Adventure. So let’s take a stroll down memory lane and revisit some attractions that we never got to physically visit, shall we?

*Please note: If these attractions some day come to be… you’re welcome.*

Seuss Landing is one of those lands that has always been in the need of a new “E-Ticket” attraction. For years, there has been talks of the Lorax finding some land behind the Cat in the Hat show building. When talk of a Lorax feature film started to circulate, so did rumors. Will it happen? The Lorax certainly seemed like a natural fit, and still does to this day. So what would the rumored ride be?

Rumor had it that a “balloon ride” would be the ride system for the Lorax. Picture Peter Pan at the Magic Kingdom mixed with the Cat in the Hat in Islands.

However, as of now, it remains a question to whether it will ever see the light of day . Certainly the Lorax film performed well enough, bringing in almost $215 million domestically and the character has plenty of recognition among Seuss fans; but sadly for the little orange guy, he wanders the streets of Seuss Landing posing for pictures with guests instead of having his own marquee attraction. 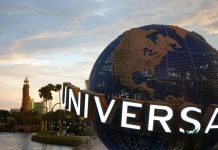 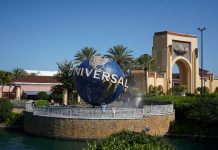