July 8, 2014 – On July 3rd, 2014, Universal Studios Florida allowed paying guests (outside of Harry Potter vacation packages holders) for the first time, entrance into their new Wizarding World of Harry Potter expansion, Diagon Alley. On July 1st, Universal opened King’s Cross Station and allowed guests to board the Hogwarts express. The Hogwarts Express took guests from London to Hogsmeade. Up until around 4:00 pm on July 3rd, guests were only able to experience the London side of Diagon Alley from the other side of the fence.

Some guests had been waiting at the gates for twenty-five days with the hope of experiencing one of the most anticipated attractions in recent memory. At around 4:00 PM, the moment finally came to fruition and Universal Studios Florida opened the gates and allowed guests into the magical world of Diagon Alley.

The London facade is one of the more spectacular facades I’ve ever seen. From the triple-decker bus, to King’s Cross, to the Wyndhams building, the richly detailed architecture can leave you speechless and that is before entering the main attraction. At dusk when the lights turn on, the city of London illuminates the waterfront, which creates another breathtaking view. 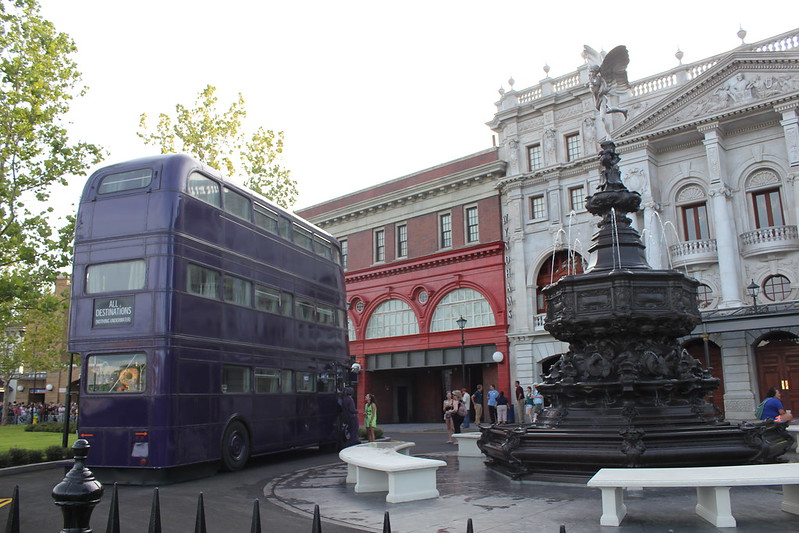 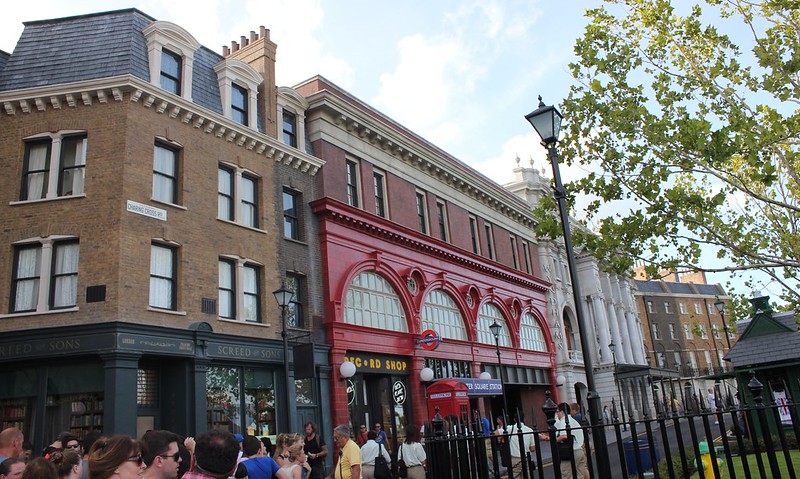 As you enter Diagon Alley your attention is immediately grabbed by the massive Gringotts building with the giant Dragon towering over the land.

Every twelve minutes the Dragon will start to growl and let loose an intense and spectacular breath of fire. No matter where you stood in Diagon Alley, you could always tell when the Dragon let loose, because it was always met with loud thunderous cheer and applause. It was a sight that never got old.

This alongside the areas theming left my group and I was left speechless for quite sometime. Then once we could gather ourselves we could not find enough superlatives to describe what we were seeing.

Once you’ve entered Diagon Alley, you’re met with a plethora of restaurants and shops and immediately to your left would be the main dining experience The Leaky Caldron. You will find the menu to be in the same vein as you would traditional British eatery. The size of The Leaky Caldron seemed to be smaller than Three Broomsticks in Hogsmeade, but that very well may have just been me not looking for any side rooms. 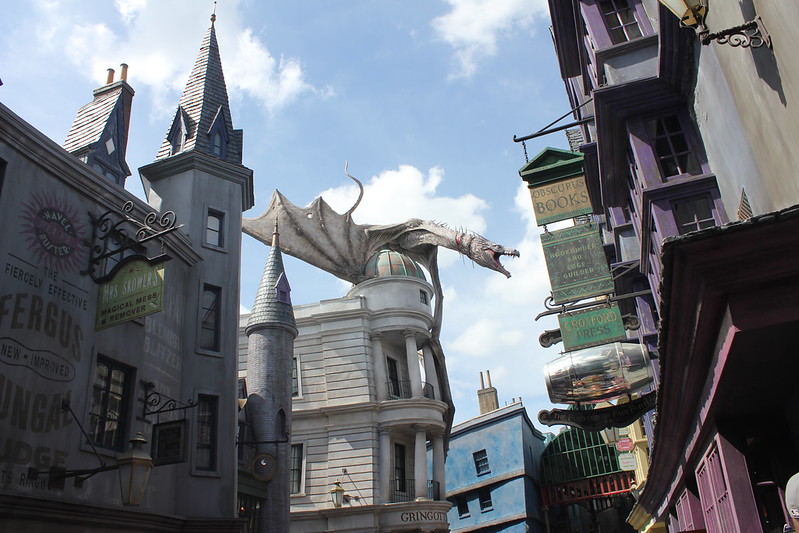 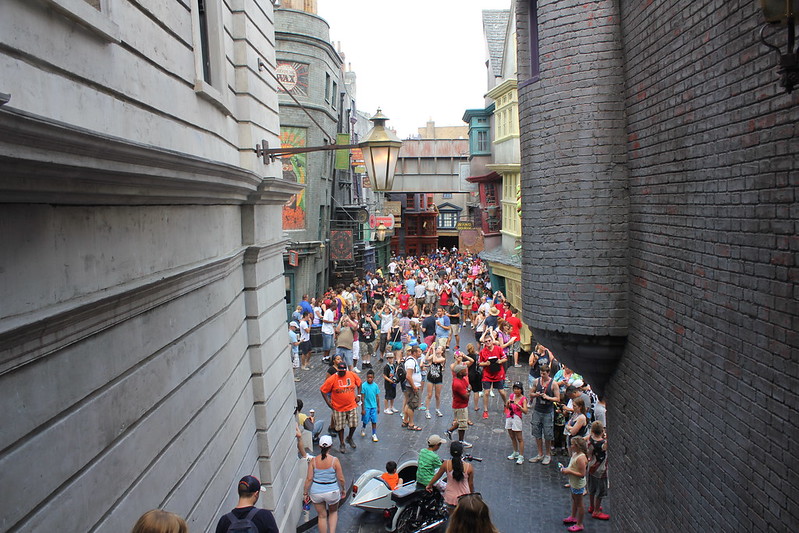 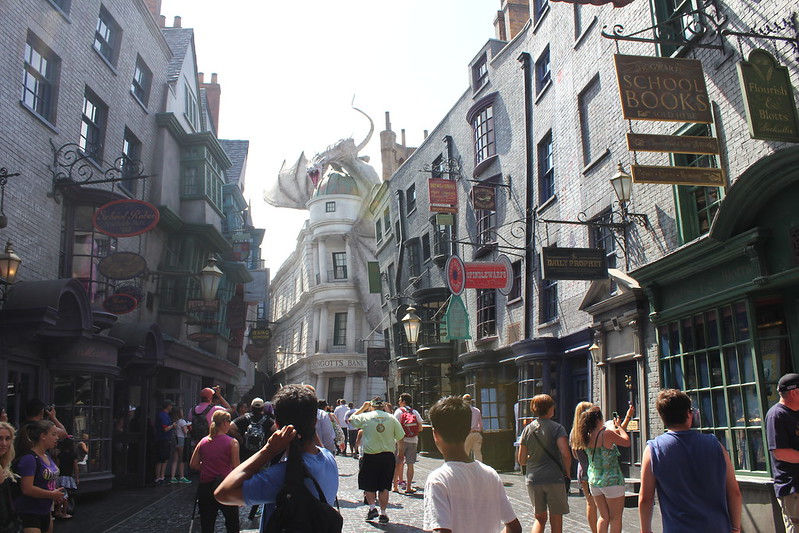 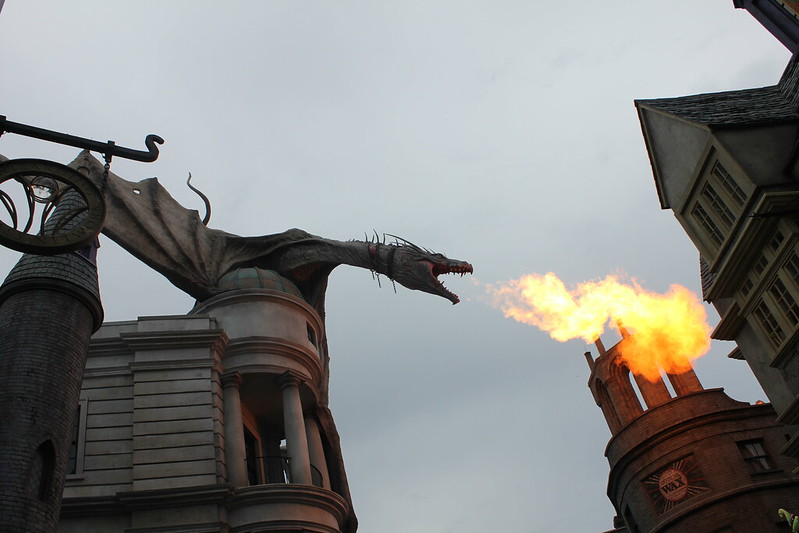 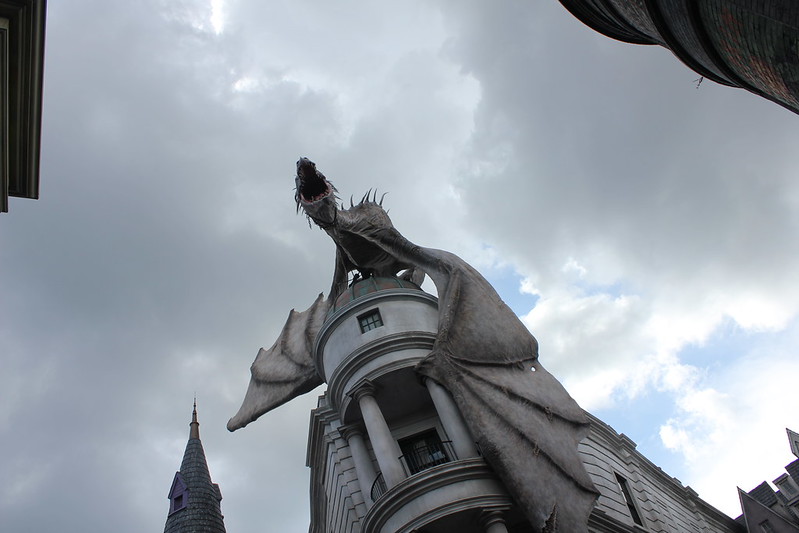 My friend had the beef, lamb and Guiness stew along with Gillywater. I had the Fishy Green Ale, which is a non-alcoholic drink, with mint, cinnamon and pellets of juice. My friend was raving about how good the stew tasted, the Gillywater is you’re your average bottle of water albeit a bit smaller. The fishy green ale was not my favorite, but I can see the drink becoming a hit with guests in general. 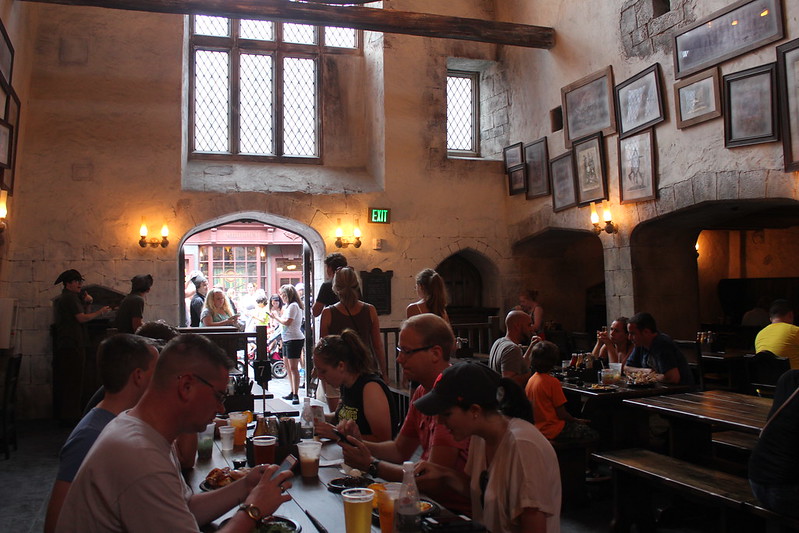 I did not order any main course entrée as I was saving my appetite for our next stop Florean Fortescue’s Ice-Cream Parlor. The ice cream shop had quite a long line, but thankfully if all you want is Butterbeer Ice Cream then you can go into The Fountain of Fair Fortune, which serves all things Butterbeer (floats, ice cream, frozen and regular). The Butterbeer ice cream was one of the best sweet treats I have had at any theme park -It’s a must have whenever you visit Diagon. 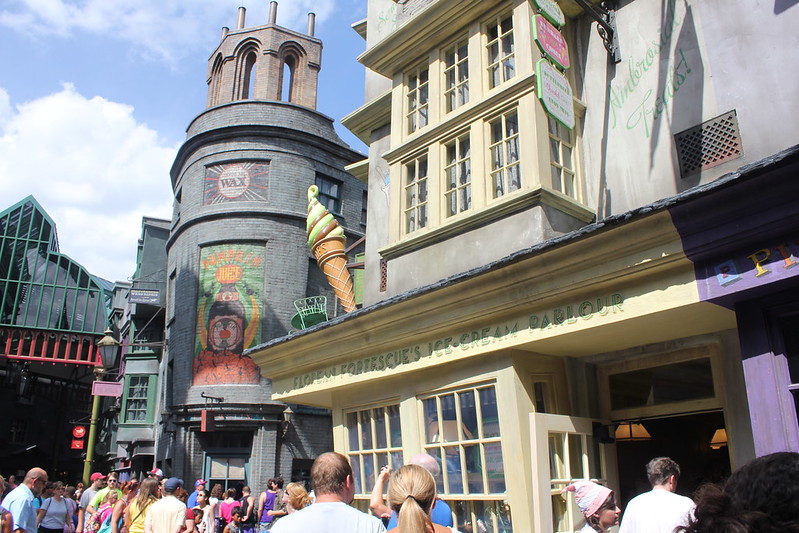 Along with shops like Borges and Burkes, you may also visit one of the many shops such as Ollivanders, Gringotts Money Exchange, and Wiseacres. Each shop had its own temporary queue set up outside. Unlike the Ollivanders in Hogsmeade, which only has one show room, this version has multiple show rooms, which allows for greater foot traffic.

As you pass the Gringotts Money Exchange (which is not the main ride), you come upon a stage, which has two shows that are quite good. My favorite being Celestina Warbeck and the Banshees, which is a musical revue show, with songs that were written specifically for Diagon Alley. The shows lyrics are written by JK Rowling and the score is set to the genre of big band. The show is a must see. 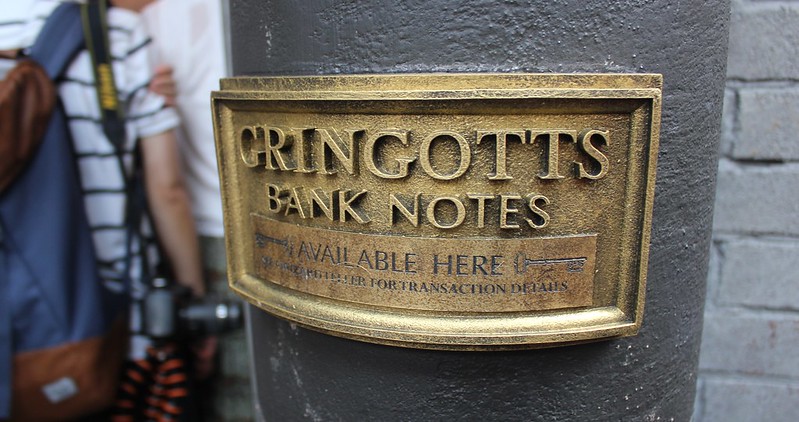 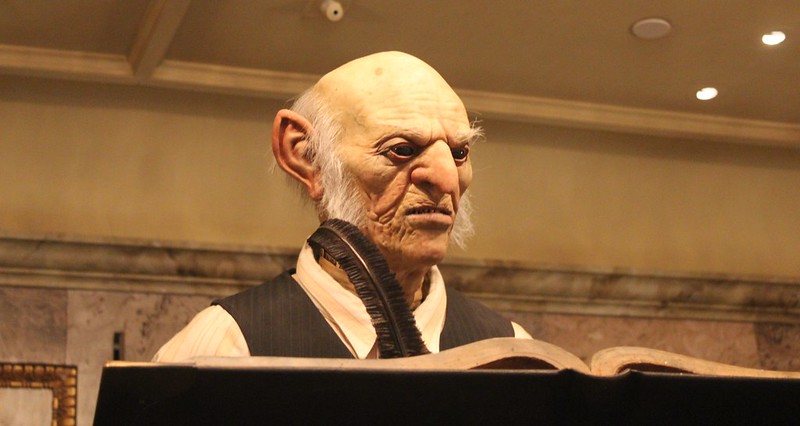 For this preview, Harry Potter and the Escape from Gringotts was not open. However, Hogwarts Express was and it will be a guest favorite from day one.

To ride the Hogwarts Express you may enter from one of two different areas; One in front of King’s Cross station out front in London or in Hogsmeade station over in Universal’s Islands of Adventure. To ride this attraction you must have a park-to-park ticket. If you only purchased admission for one park for Universal Studios Florida or Universal’s Islands of Adventure, yet decide you want to upgrade later on, don’t fret, they have stations that allow you to upgrade your ticket.

My first ride aboard on Hogwarts was through King’s Cross. thankfully the queue is all indoors. With that being said, the amount of switchbacks in this queue is incredible. As you go through the queue you end up climbing a set of stairs that lead you tracks 9 and 10, an effect with mirrors and projections allow you to enter track 9 ¾. You then enter the station which is absolutely jaw dropping, especially as the Hogwarts Express enters the station with the tremendous steam. Each cabin seats 8 guests and the experience is quite fun with projections and screens on both sides of the cabin. There are two different experiences possible depending upon whether you are going from London to Hogsmeade or visa versa. 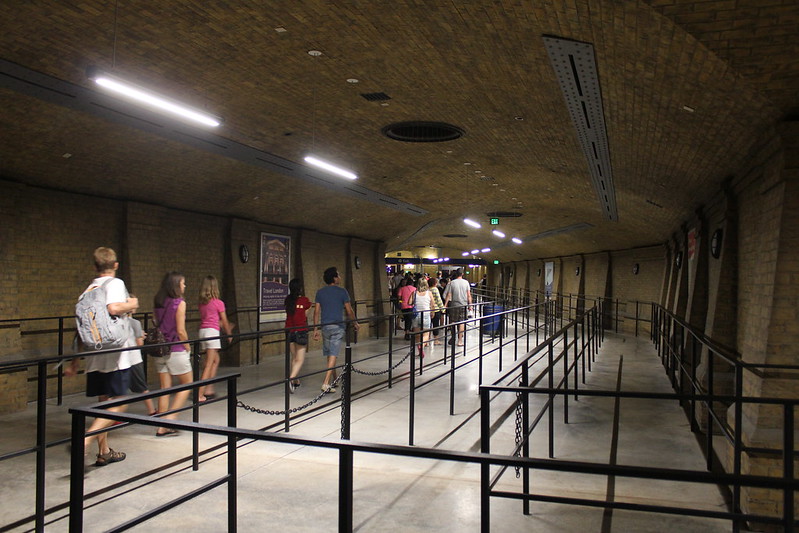 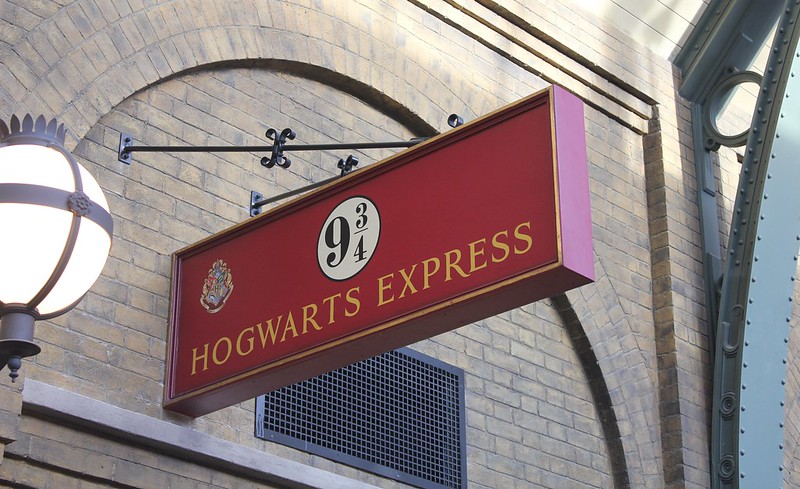 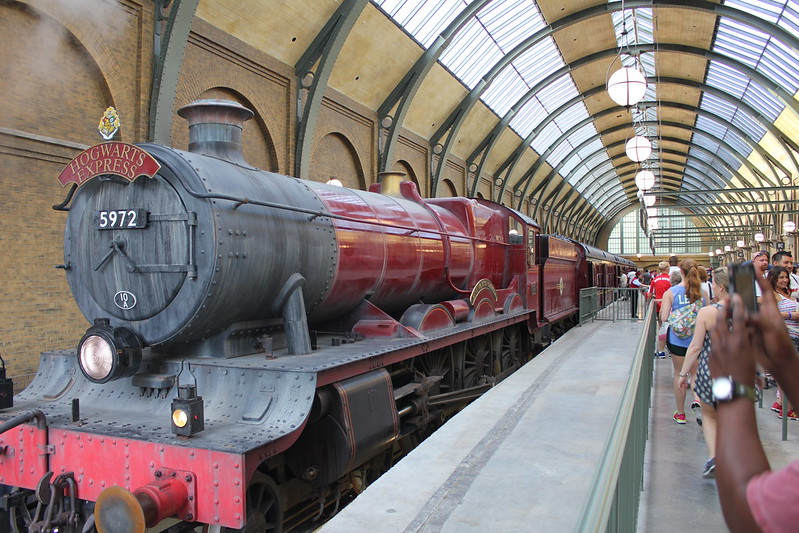 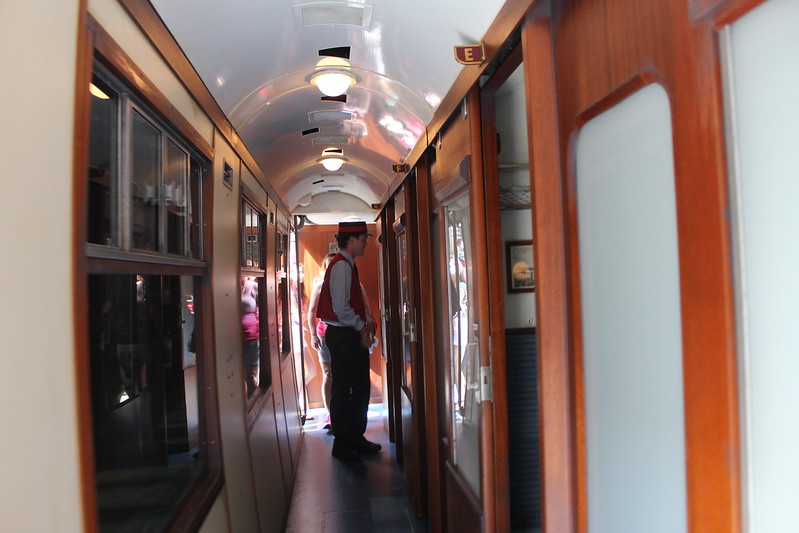 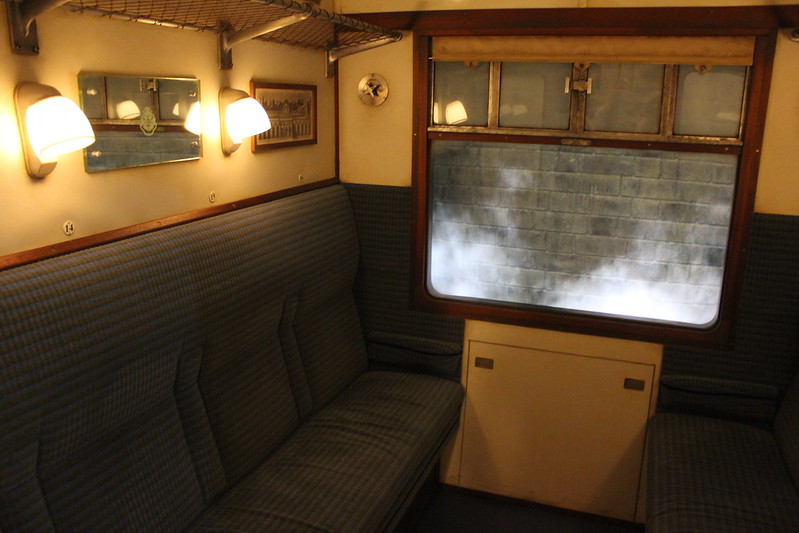 In all, Diagon Alley is the most impressive thing I have ever seen in any theme park in the US. Tom Williams, Mark Woodbury, Thierry Coup and Universal Orlando Resort should be extremely proud of developing a land that completely immerses you in Diagon Alley. Harry Potter and non-Harry Potter fans will all find this truly to be a magical experience. As some were crying from excitement as they entered the new land.

My suggestion to anyone who plans on visiting the Universal Orlando Resort is to book a stay at the Cabana Bay Beach Resort. This richly themed resort takes you back to the 1960s. The resort offers free shuttle service to and from the parks. Most importantly, Cabana Bay offers early entry into both Hogsmeade and Diagon Alley. Early entry will allow you one hour of access before normal paying guests enter the parks. 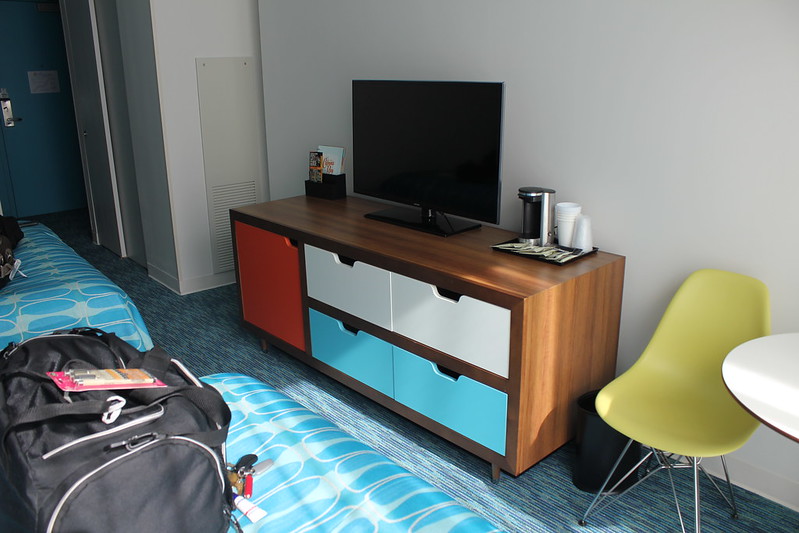 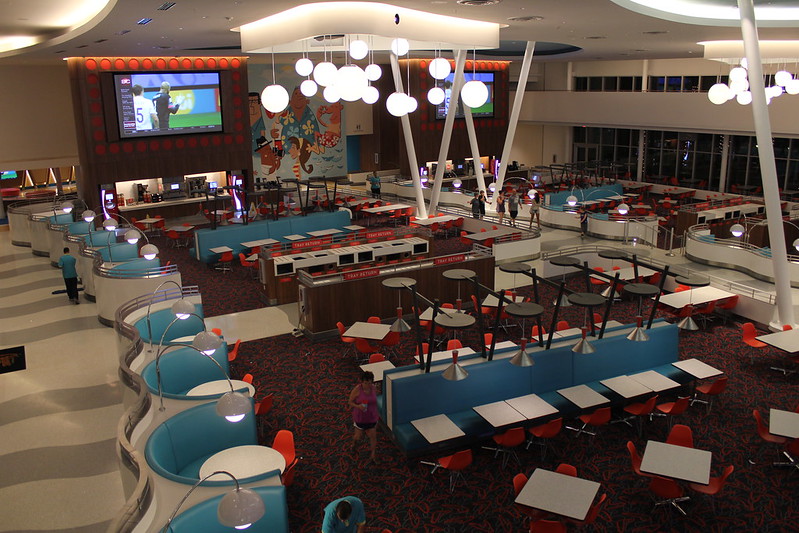 I personally can’t wait for my next visit to Orlando and to experience Harry Potter and the Escape from Gringotts.