November 18, 2014 – Shrek 4D will be undergoing routine refurbishment between December 2 and December 19, Inside Universal has learned.

While Shrek 4D is slated to receive a permanent queue in the future in preparation for the Wizarding World of Harry Potter, this short turnaround suggests modest refinements to the existing show. 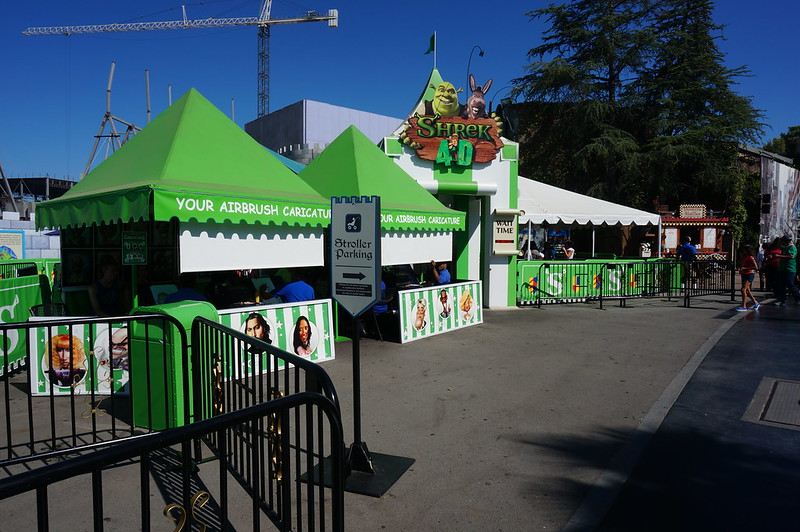 With Shrek 4D sitting adjacent to Wizarding World, the theater has seen its original queue and entrance demolished in favor of a temporary solution. Since then, the show building has been extensively modified to reroute traffic through the back of the theater and into the preshow room. Beginning in September of this year, minor preparations have also been made to the attraction to support additional infrastructure – including the relocation of the Donkey meet-and-greet and the continued refinement of the temporary queue. Inside Universal has been unable to confirm a specific timeline of events, though final attraction modifications would most likely occur before 2016.