November 16, 2014 – The Blues Brothers stage will be removed, Inside Universal has learned.

While Springfield and Hogsmeade are the most notable and obvious changes currently being worked on at Universal Studios Hollywood, there are some more subtle changes you might see before before you encounter both projects (or at the very least you’ll have to pass these new updates before reaching the other two).

With Universal’s House of Horrors ending daily operations back in the beginning of September, Inside Universal has now learned that the Blues Brothers show will resume its seasonal status and the stage located in front of Universal’s House of Horrors and across from Universal Plaza will eventually be demolished. Indeed, the majority of lighting and audio equipment has already been removed from the Blues Brothers venue, with overt references to the show now hidden away from guest view. 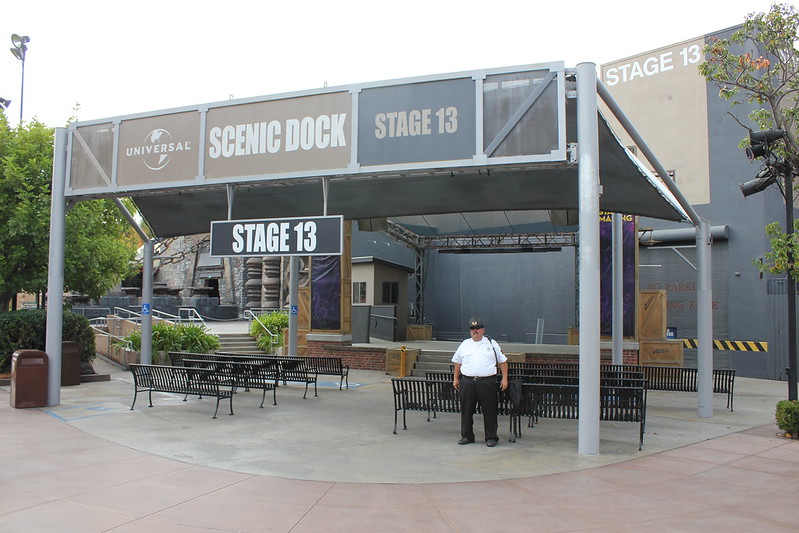 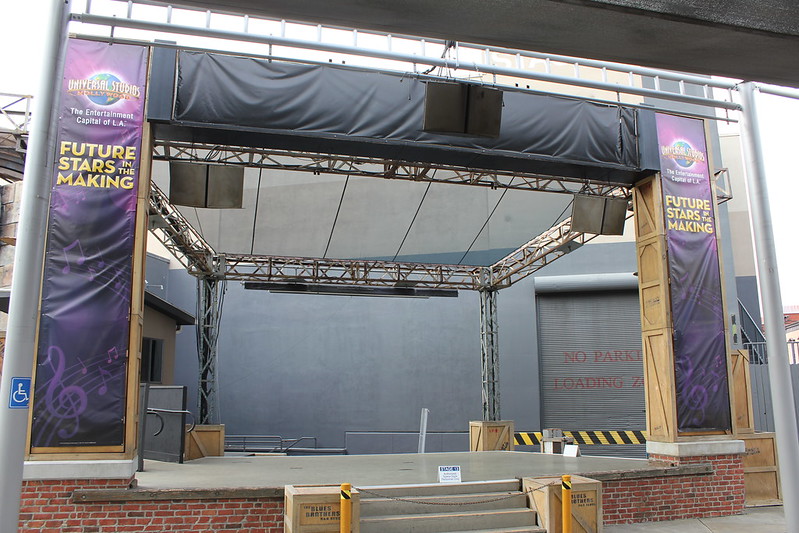 For the show itself, Jake and Elwood will be taking a break as the Grinch moves into town for the holiday season. After the Grinchmas season, it is expected that the Blues Brothers Musical Revue will return to the park in Universal Plaza’s temporary stage.

As for the now vacant locations along Universal’s main entry, it is expected that both Hollywood Photoland and the existing Blues Brothers stage will be demolished to make way for a more cohesive & pedestrian friendly main entrance. While it has been confirmed that the area will eventually become host to a retail & dining experience, Inside Universal has not been able to confirm the extent to which Hollywood Photoland (and Universal’s House of Horrors) will be razed and rebuilt or simply repurposed for Universal’s new entry way.

A Universal fixture inspired by the popular 1980 John Landis film of the same name, the Blues Brothers have occupied their current location since the 90s. Since then, Universal has periodically enhanced the show with increasingly elaborate staging. With the removal of the Blues Brother stage, the show will now lack a permanent venue for the foreseeable future.