The three story comedy club located in the middle of Universal CityWalk first opened in May of 2009, modeled after a tropical paradise. Two years later, the venue was rebranded as the Jon Lovitz Comedy Club & Podcast Theatre and was host to a podcast created by Adam Corolla and Kevin Smith’s Smod-cast network.

The club originally opened as a home base for Lovitz to preform his own stand-up and foster young new comedians. After a rebrand in 2011, the venue became a place for popular podcasts to preform live shows. 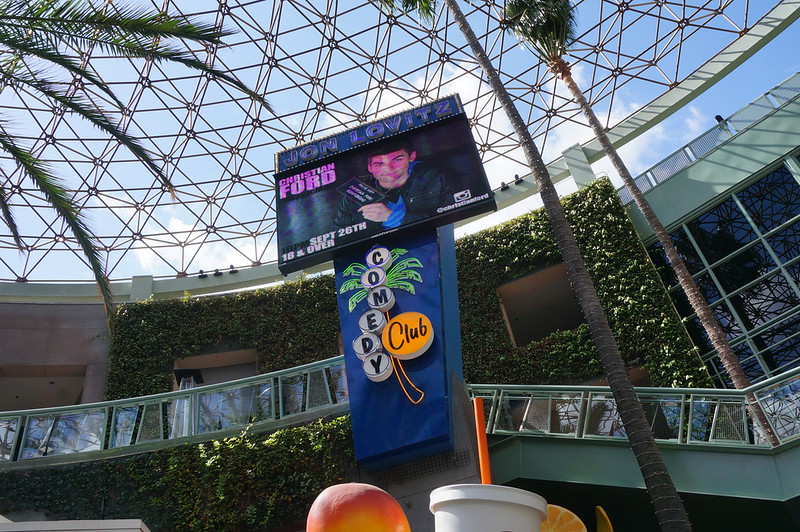 While it doesn’t look like much from the ground level of CityWalk, the club actually occupies a large amount of real estate on the second (and third) floors of Universal’s exterior entertainment area. The front of the club is currently boarded up, but no announcements have been made about what will replace it. We will continue to keep an eye on what’s coming next for the space.