December 16, 2014 – It has reached that point in the year when the sun sets sooner, the nights get colder, and the Grinch comes out from his hole in Mount Crumpit to make the park look fit for a Who. While my favorite event at this park is Halloween Horror Nights, I do love what they do for Grinchmas. Each year comes with new challenges and surprises, and this year did not disappoint. I had the pleasure of experiencing Grinchmas on opening weekend and left extremely pleased.

As we know, there is a large amount of construction going on in the park. However, I thought that Universal Studios Hollywood did a great job utilizing the space they had to transform the park into Whoville. With this in mind, I will discuss the various aspects of this year’s event from décor to attractions. 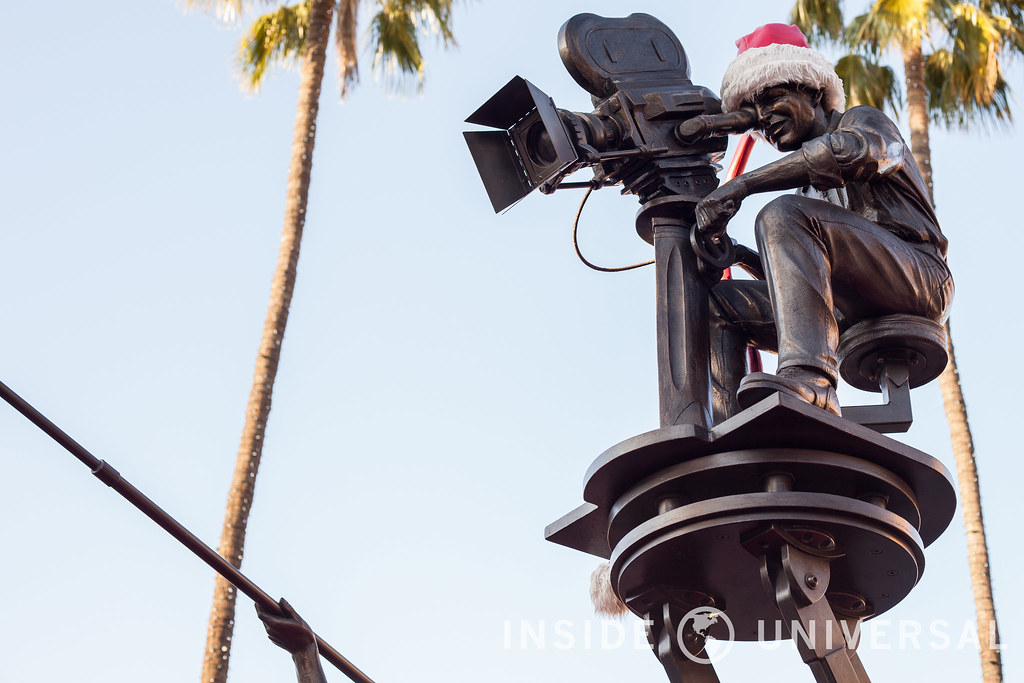 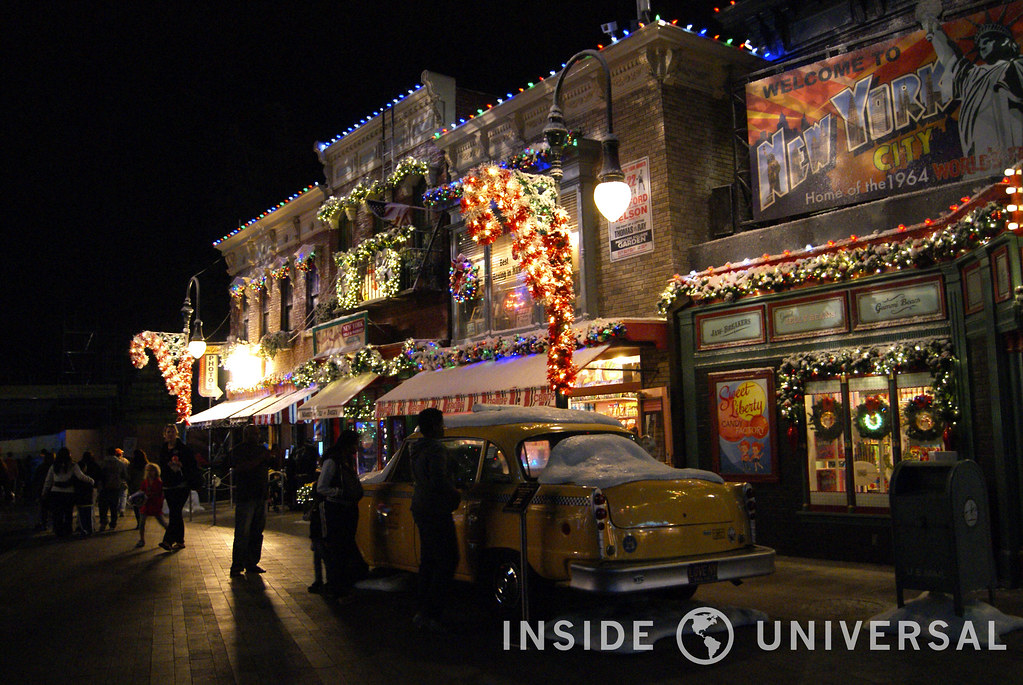 Much like in previous years, Universal did not hold back on their decorations both inside and outside the park. From the moment you step through security, you can immediately see the effort they put forth. What I love most about this is how well they utilize these decorations. They do a great job of ornamenting the park without making it too overbearing. This is one aspect that I really appreciate each year.

Of course, as you walk through the entrance, you notice the snow topped stores and light-adorned trees. Each store is filled with Grinchmas merchandise and Despicable Me Christmas ornaments, which only enhance the Grinchmas atmosphere throughout the park.

Like last year, the event was held in Universal Plaza. One thing I really respected this year was their use of the space. Once you walk into the plaza, you are transported to Whoville. Everywhere you turn, there is a Who to meet, a cookie to decorate, an ornament to color, and so much more. 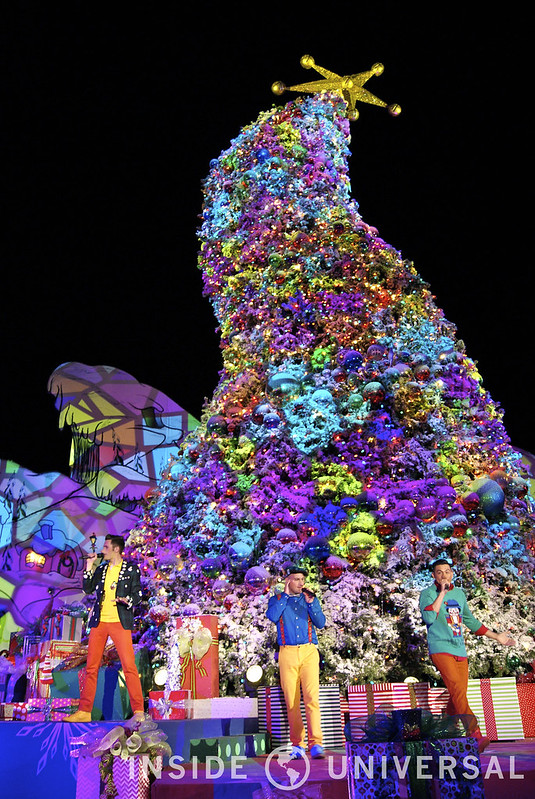 And, of course, the tree was more than impressive. I may be biased, but I think that the Grinchmas Tree is easily the most beautifully created tree in all of the theme parks. It always impresses me how well Universal Studios Hollywood uses technology to make this tree come alive each year. It is the one thing I look forward to most. 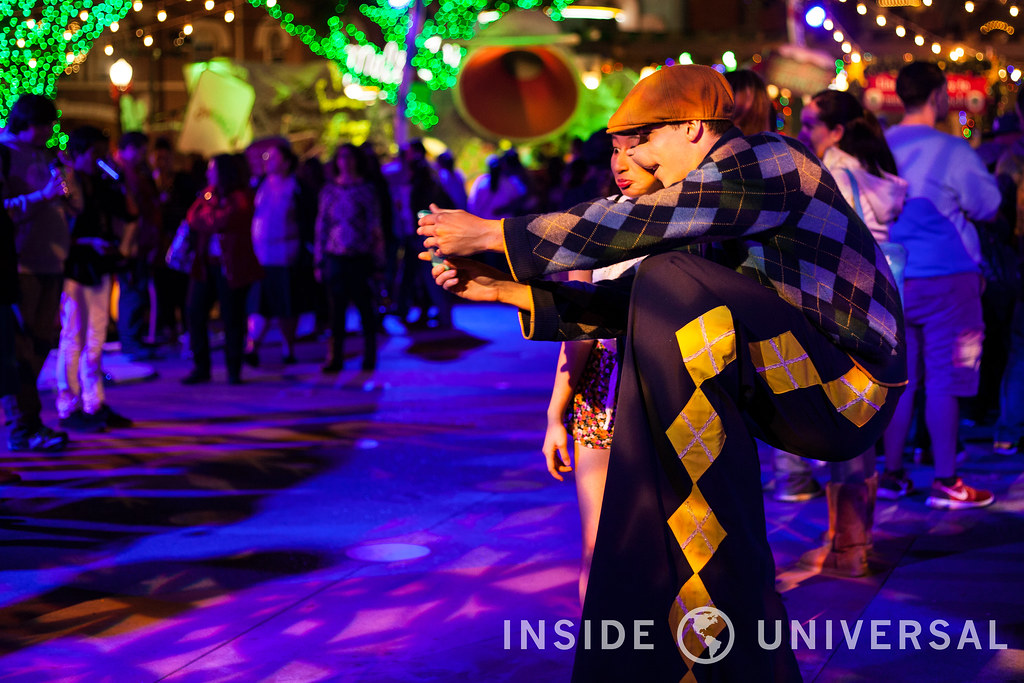 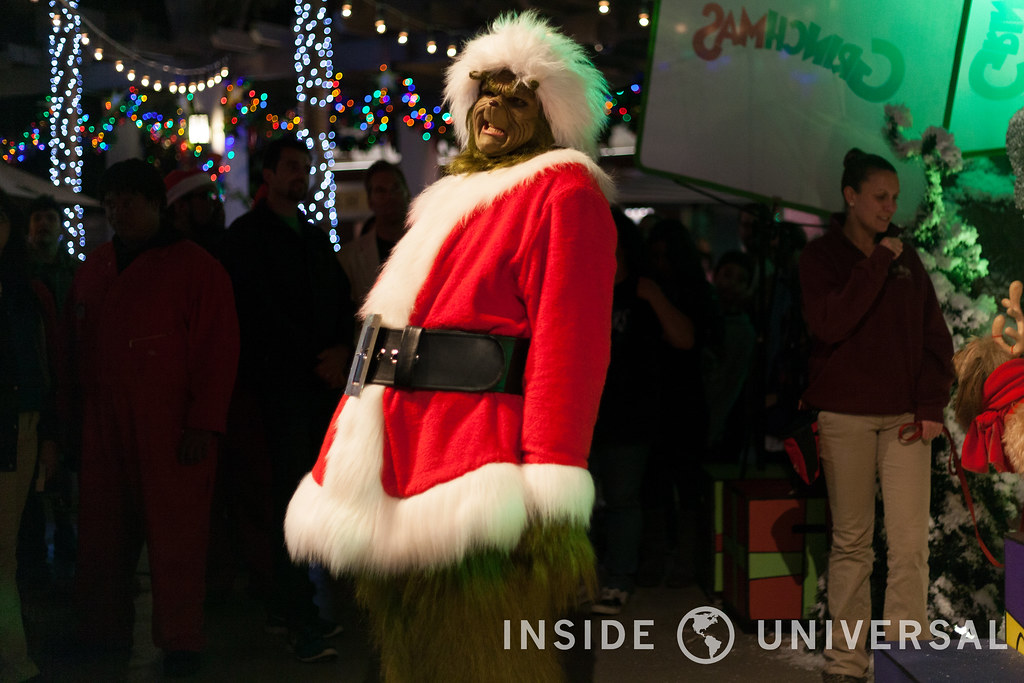 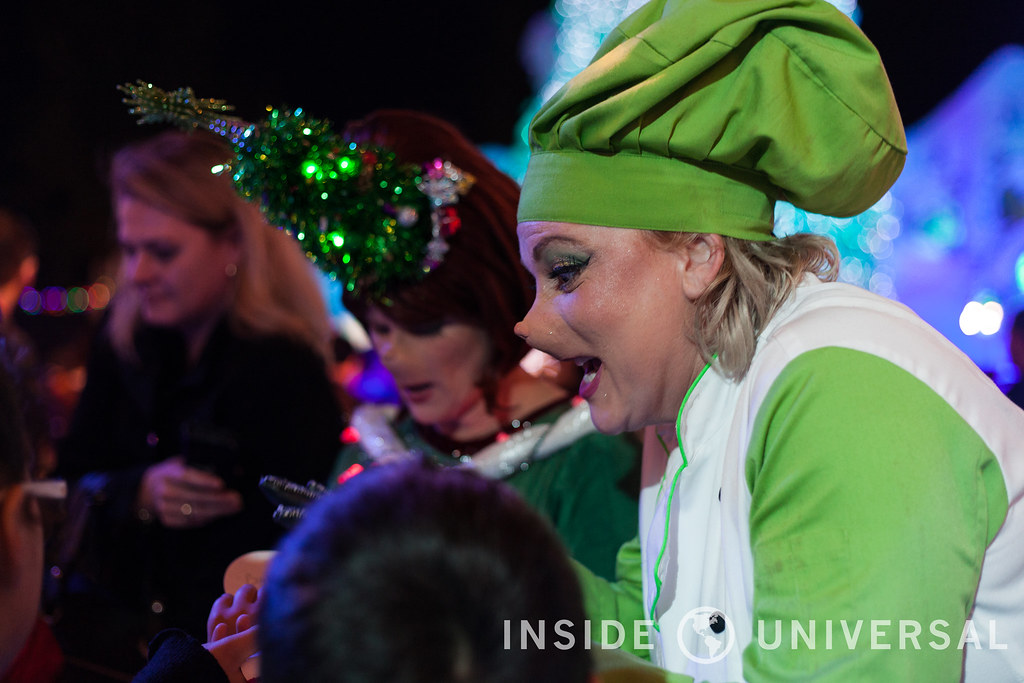 I feel like the park really outdid themselves this year with their use of characters in Whoville. At any given moment, there was a Who nearby ready to take pictures and sign autographs.

Of course there was Cindy Lou Who, the Mayor of Whoville, Martha May Whovier, and the Grinch, but there were also a variety of other characters this year. There was a Police Officer Who who made sure every guest upheld the laws of Whoville, the Postmaster Who who sent your letters to the Grinch, the News Reporter Who who went around asking guests for groundbreaking stories, and many more.

I really loved how much these Whos interacted with park guests. There was one guest interaction that really stuck out to me. After the tree lighting ceremony, the News Reporter Who stuck around and danced to the music. It was not long until there was a whole group of kids dancing with her and they looked like they were having the time of their lives. It was extremely cute and it provided great photo opportunities for the kids’ parents.

There is no way that I could pick one Who as my favorite. They all played their characters perfectly and really added to the Grinchmas environment. 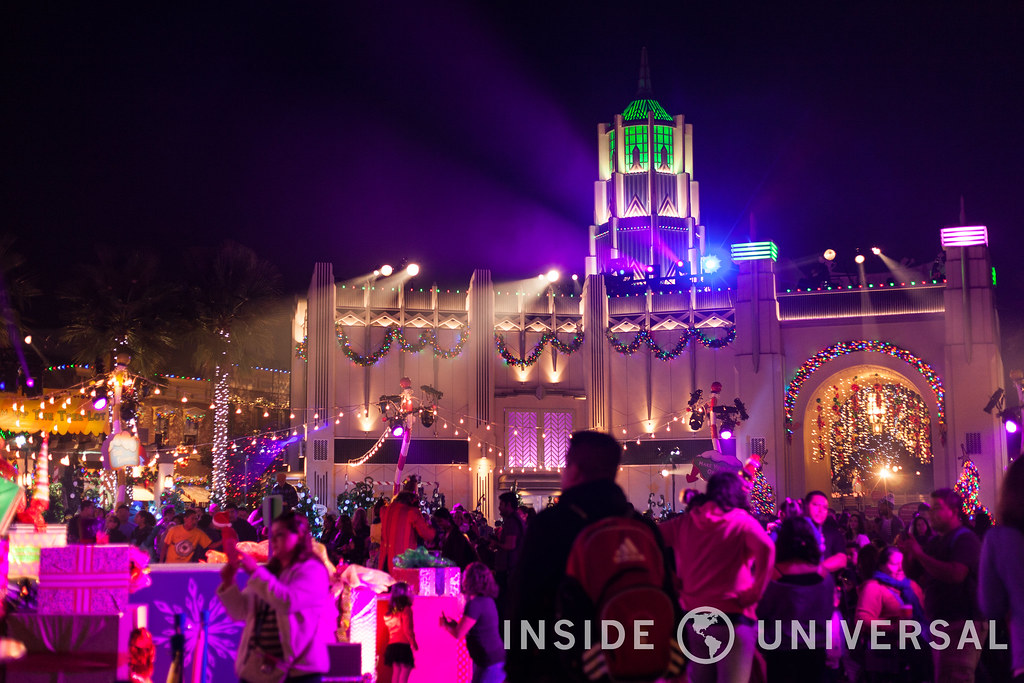 Even with the construction, I thought Universal Studios Hollywood did a great job at maintaining a cohesive atmosphere. I know a big complaint last year was the crowd control. I was actually very impressed with how well the crowds seemed to be maintained this year. Obviously, the Universal Plaza was packed, but I think that there were enough activities and things to see to keep the crowd managed.

The only disadvantage I saw with the set up this year was how the seating was arranged for the different shows. It was all one level which made it hard to see unless you were in the front row. The seating was also limited, so during the Tree Lighting Ceremony, for instance, there was a huge crowd of people standing in a very confined space. Unfortunately with the limited space that the Plaza provides, I do not see how this problem can be resolved.

Other than that, I thought the atmosphere was great. It was especially beautiful at night with everything lit up. The Universal Plaza is truly a sight to see at night when it is decorated like this. 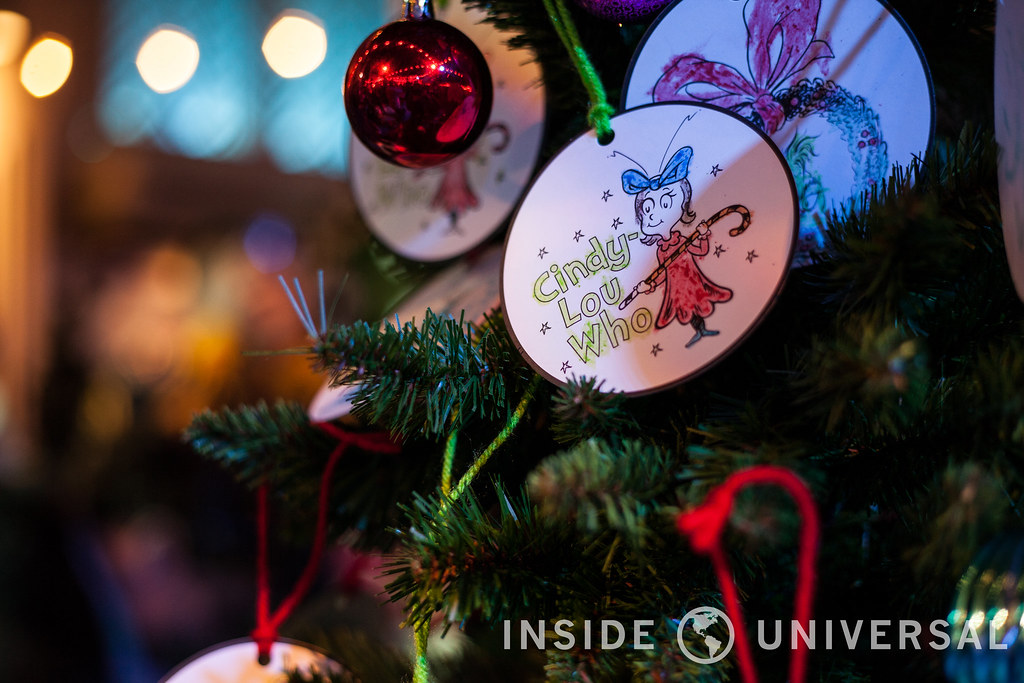 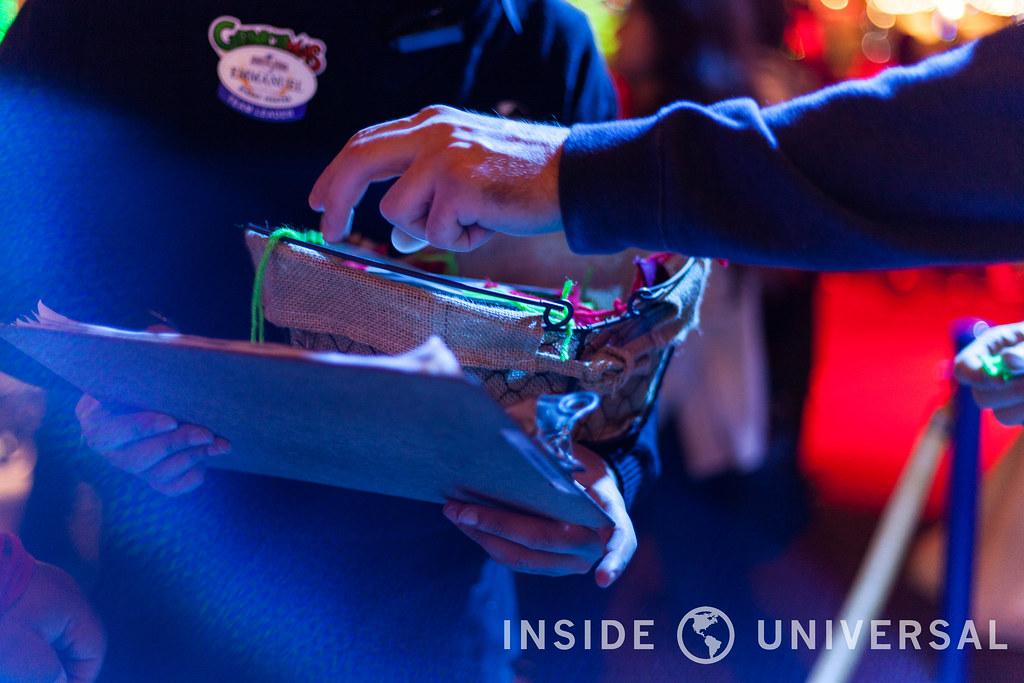 This year, they had many of the same activities they offered last year. However, this was my first year actually participating in all of the activities and I loved it. 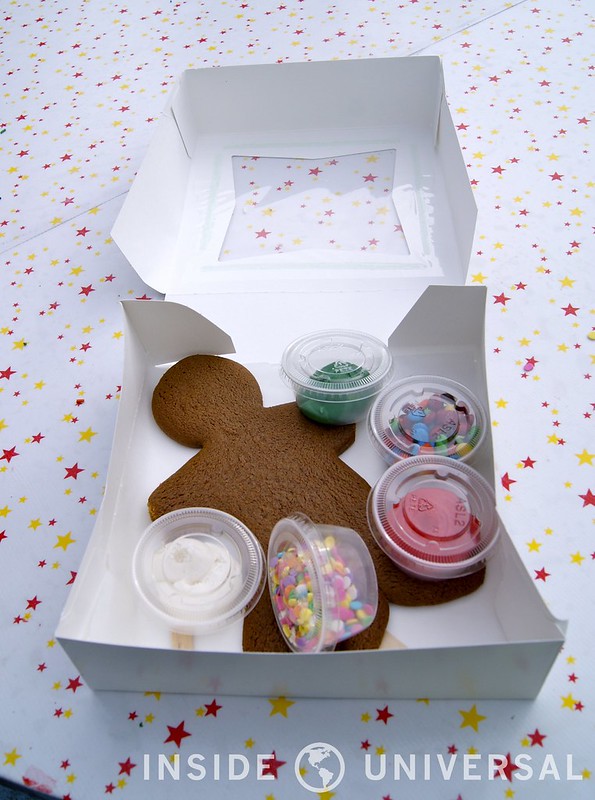 The first thing I did was the cookie decorating. I know, for some, the $7 price tag seemed a little outrageous. However, I thought it was warranted. The cookie I was given was huge, it tasted amazing, and they provided me with three fairly generous cups of icing (red, green, and white), a cup of sprinkles, and a cup of mini M&Ms. This alone made the $7 price understandable to me. Not to mention the amount of entertainment it provided. If you have kids, I would definitely recommend checking this out. If you don’t have kids, and/or you’re not a kid, I would still recommend it because I thought it was great!

Like last year, they had story time with Cindy Lou Who, photo opportunity with the Grinch and Max (average wait time: 60 minutes!), ornament decorating, tree-trimming, Martha May Whovier and her Who-dolls, and the Who-liday Singers. They also had an area where you could write letters to the Grinch and tell him three good deeds that made your heart grow three sizes. When you send this letter, Random House will donate a children’s book to the postcard writer’s community. I thought this was a great addition to this year’s event. 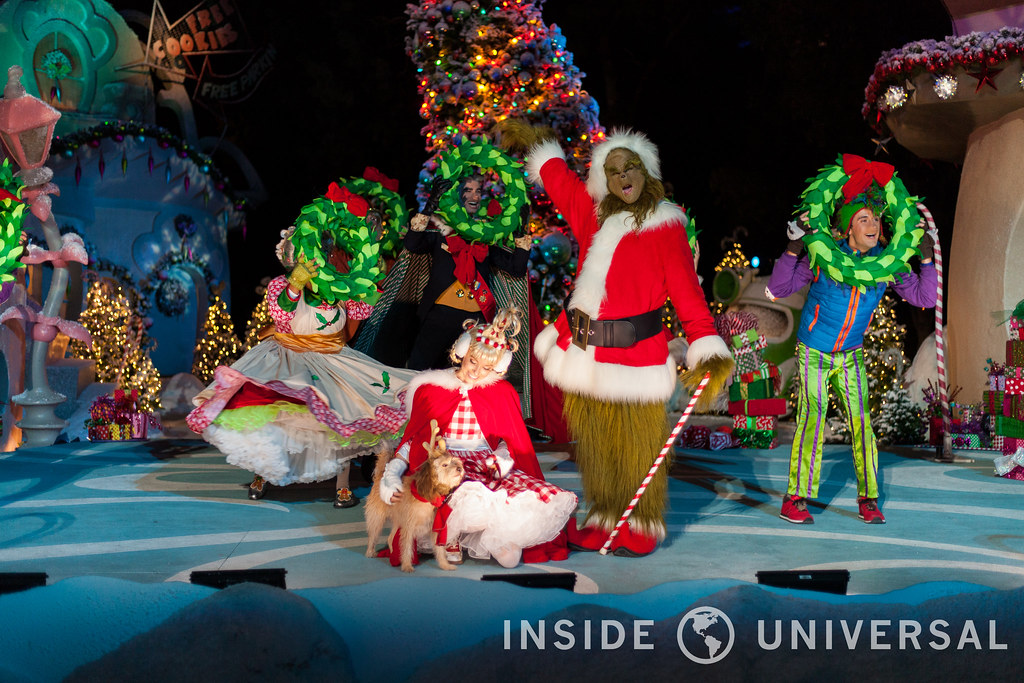 The Studio Tour show was no different from last year, but the actors and set decorators really did a great job. One thing I would change is the fairly cheesy poem the Studio Tour Guides have to read as we approach. The way they deliver the poem always seems kind of awkward and uncomfortable.

While the ornaments were still paper ornaments with crayons, I thought that the tree trimming option was very cute and well done. At the end of the day, it was really neat to see all of the trees filled with kids’ decorations. I thought all of the attractions were great and, like I mentioned earlier, they really helped to keep the crowds manageable. 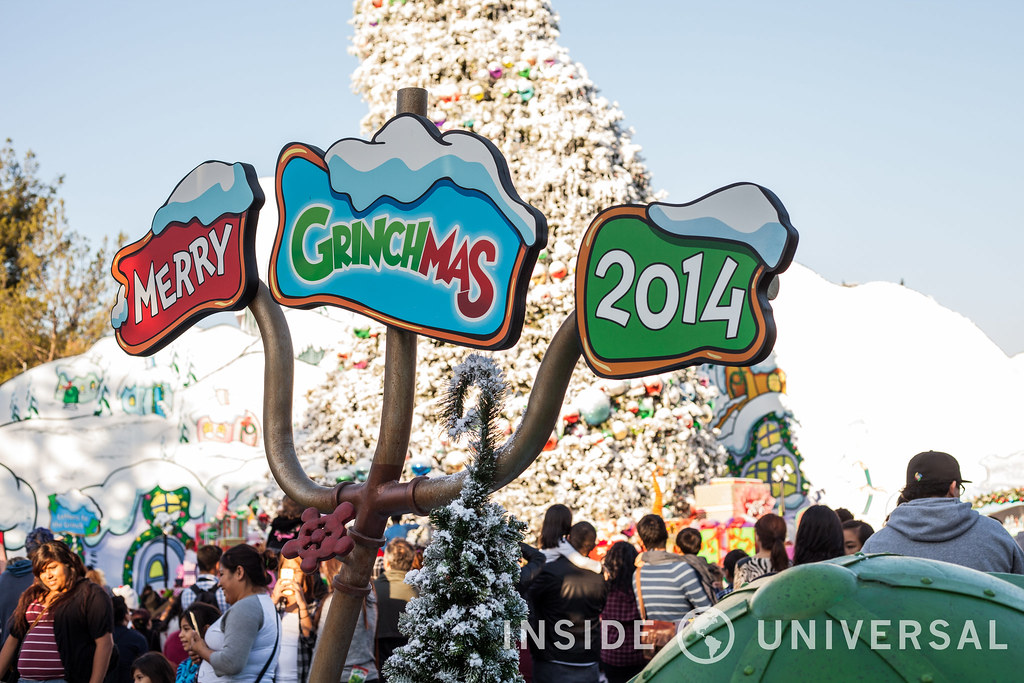 At the end of the day, I left the park very impressed with everything I saw. I had a lot of fun and was very entertained throughout the Grinchmas event. I don’t know that I am itching to get back and decorate more cookies, but I do look forward to visiting Whoville again soon. If you’re contemplating going this year but are wary because of the construction, I would still recommend it. I think the event was very well done and it would be a great thing to experience this Holiday season.

Thank you so much for reading! And, of course, thank you for making Inside Universal your source for all things Universal Studios Hollywood.