December 21, 2014 – Shrek 4D has reopened following a brief refurbishment with a modified entrance, preshow and queue.

While still in an unfinished state, Shrek 4D’s newly modified queue has replaced the temporary barricades and entrance in front of the theater in favor of a walled pathway leading to the original preshow entrance towards the back of the show building. The hallway towards the back of the theater remains, though its access is now closed from the public. The attraction’s temporary tent entrance has also been replaced with safety disclaimers and a faux-digital display board affixed to show’s nearby construction walls.

With adjacent construction for the Wizarding World of Harry Potter continuing to mature, guests can now get a close glimpse of the brick wall that will compose of the future Owlery. Once guests proceed further in, they’re held in a new steel structure that takes the place of the original Shrek 4D queue. 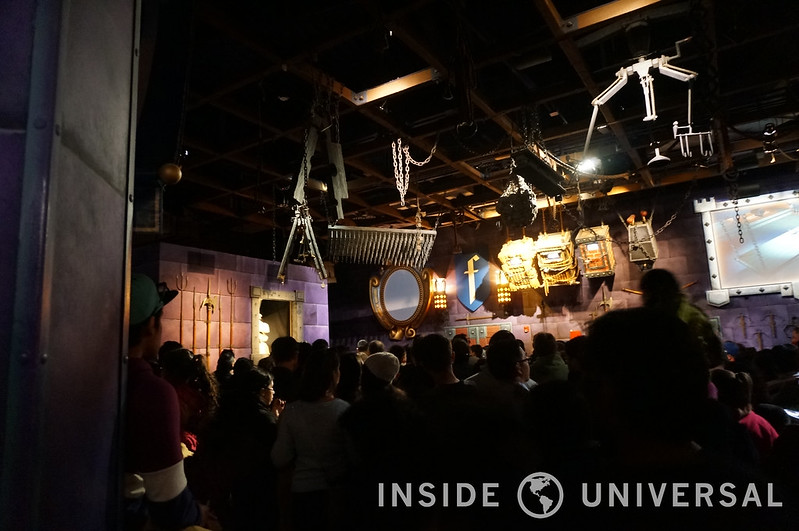 In a rather surprising move, Universal has also added a Donkey element to the preshow. Positioned to the left of the room, the new animatronic Donkey now performs a safety spiel before the start of the preshow, serving as a means to keep guests entertained.

As Inside Universal has long heard, construction on the permanent Shrek 4D entrance and queue will continue in phases alongside the development of the Wizarding World of Harry Potter. Given the unfinished and temporary nature of Shrek’s newly revised queue, further modifications are expected.

Shrek 4D originally saw extensive modifications last year with the removal of the Adventures of Curious George and the Gibson Amphitheater. Since then, the show building has seen a reworked facade, preshow entrance and queue to compensate for the ongoing construction occurring on the Upper Lot.

Correction (December 21, 2014): a previous instance of this article stated that the hallway located in the back of the theater had been removed. This is incorrect, and we apologize for the error. 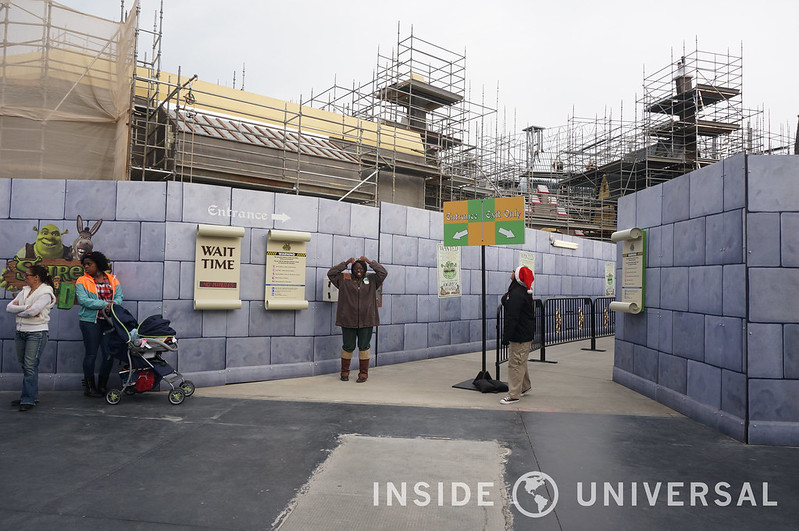 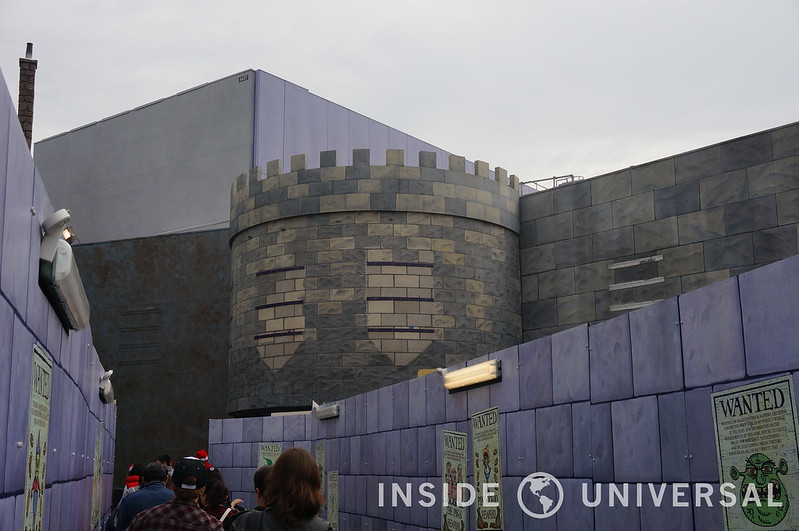 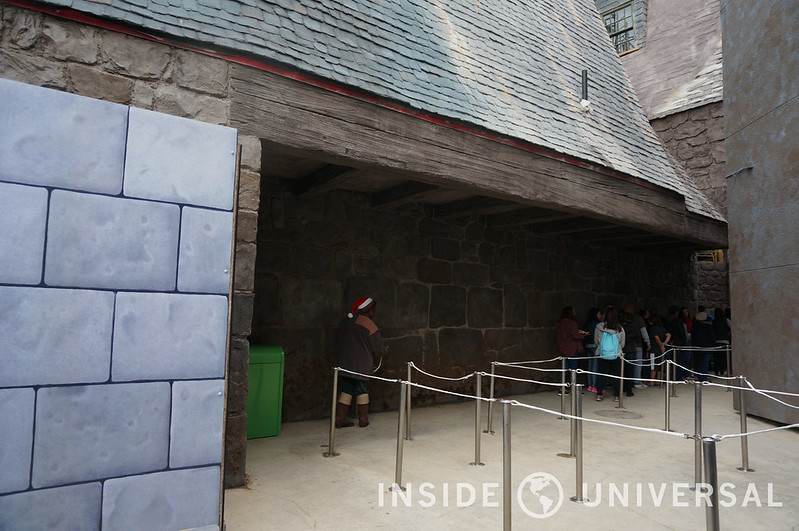 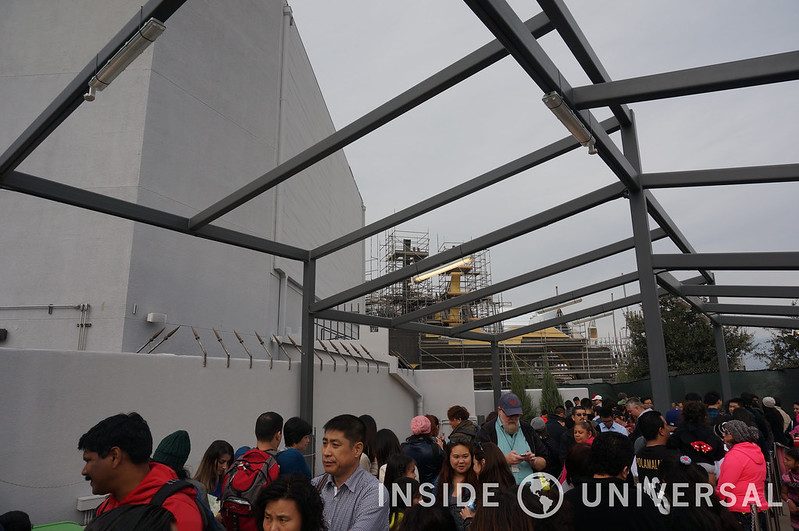 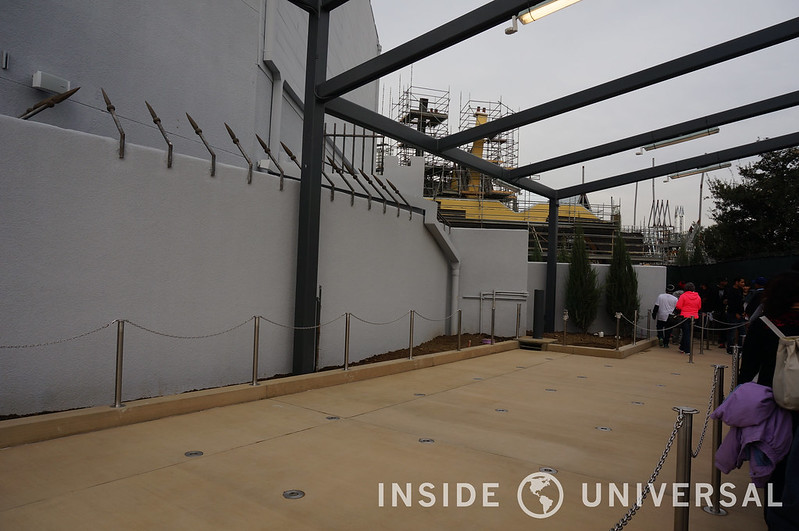 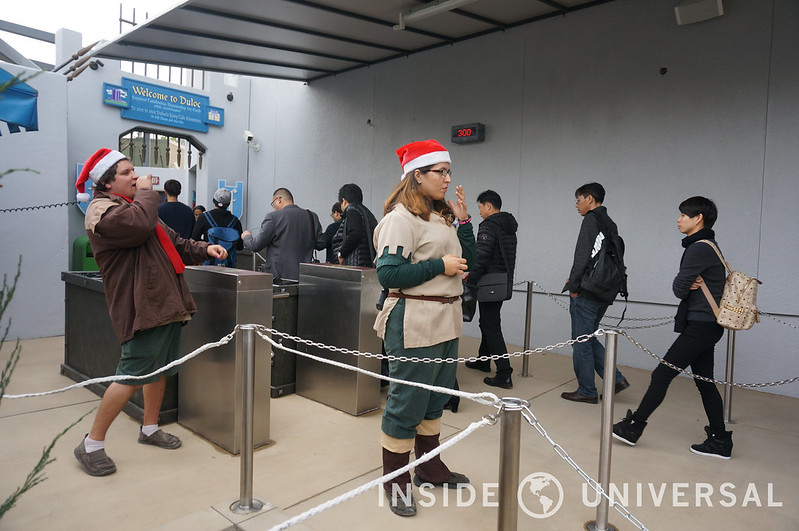 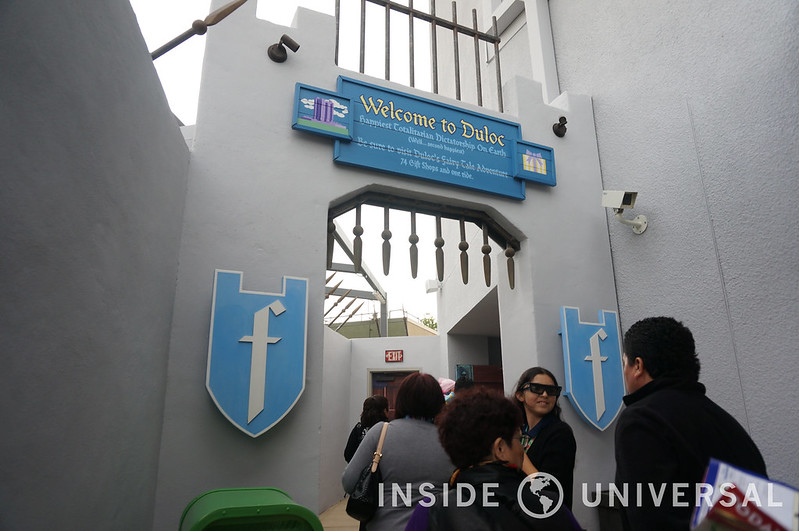 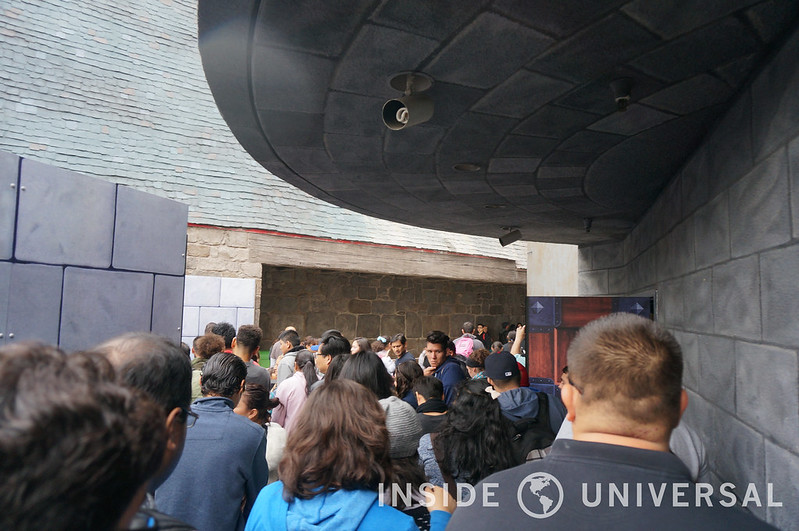 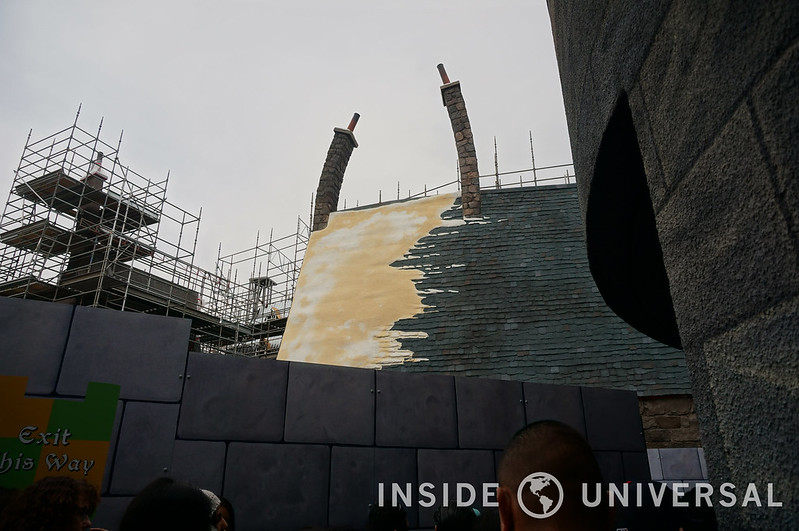