March 25, 2015 – For those who are not aware, the NBCUniversal Experience recently underwent a minor refurbishment for its routine prop rotation, showcasing some of the studio and theme park’s most memorable items and memorabilia. While the bulk of the collection remains the same, Universal recently refreshed some of the exhibit’s window displays in an continuing effort to promote the theme park’s semicentennial. In addition to the park, Universal also added a slew of props from their large film catalog, including items from the Jurassic Park franchise, The Theory of Everything, Bring It On and more.

With that in mind, let’s take a look at the new displays at the NBCUniversal Experience. 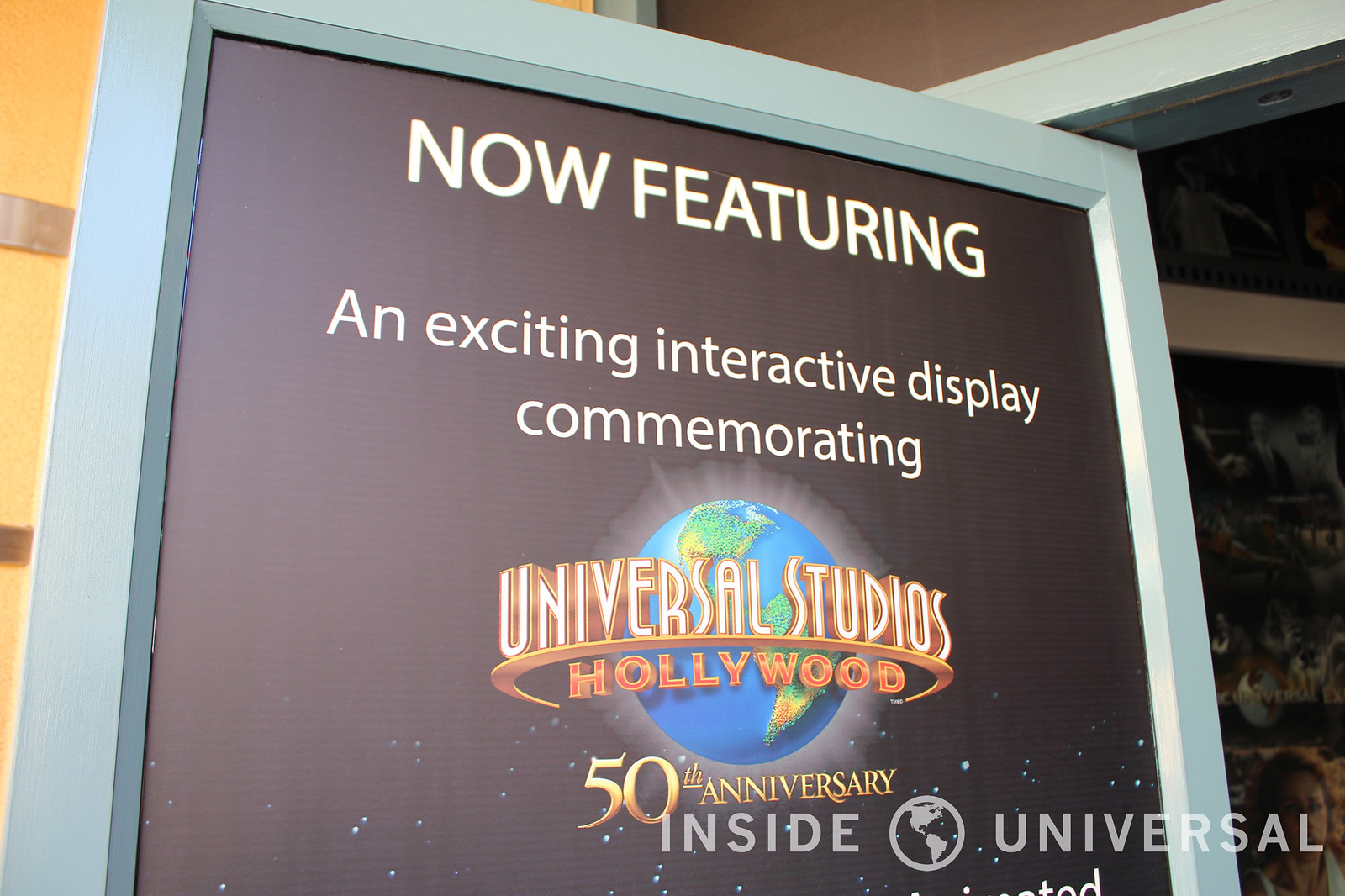 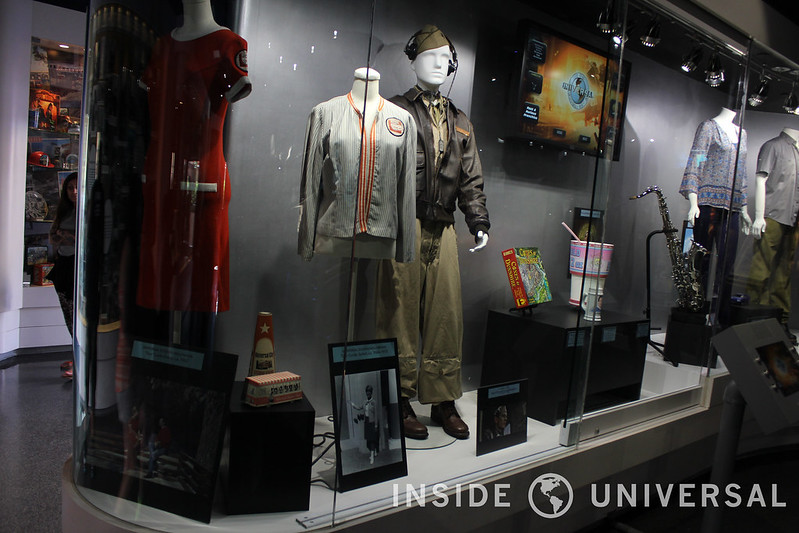 First off, let’s take a look at some Studio Tour uniforms from the past – starting with 1964. 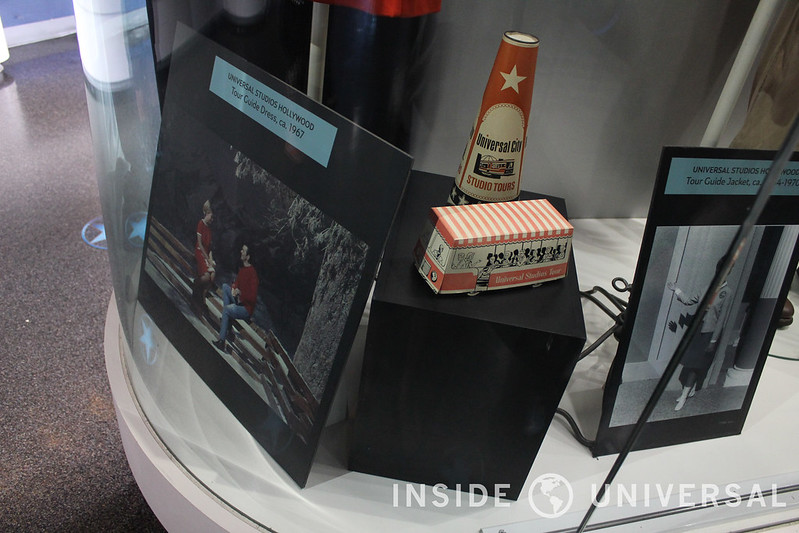 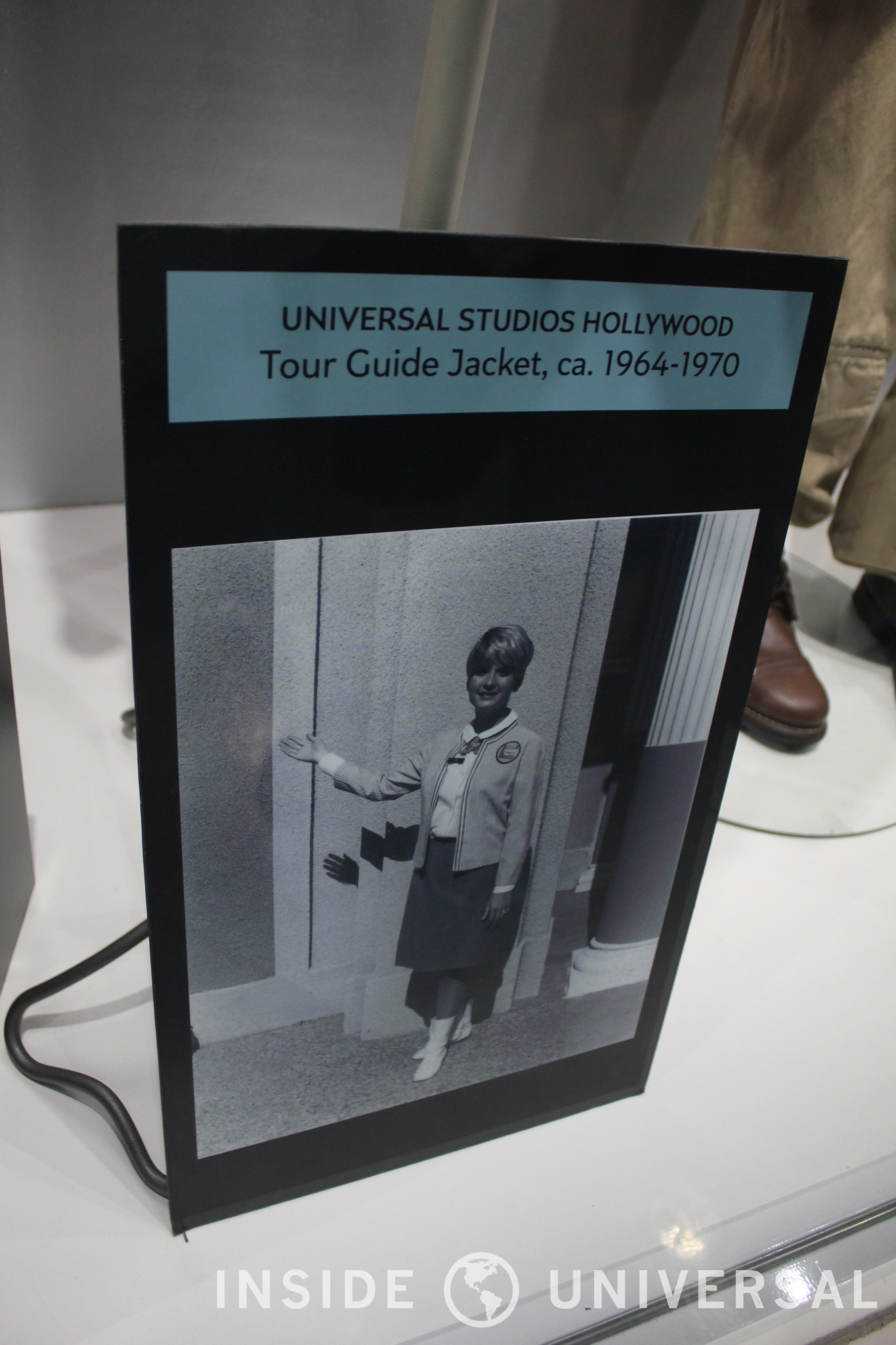 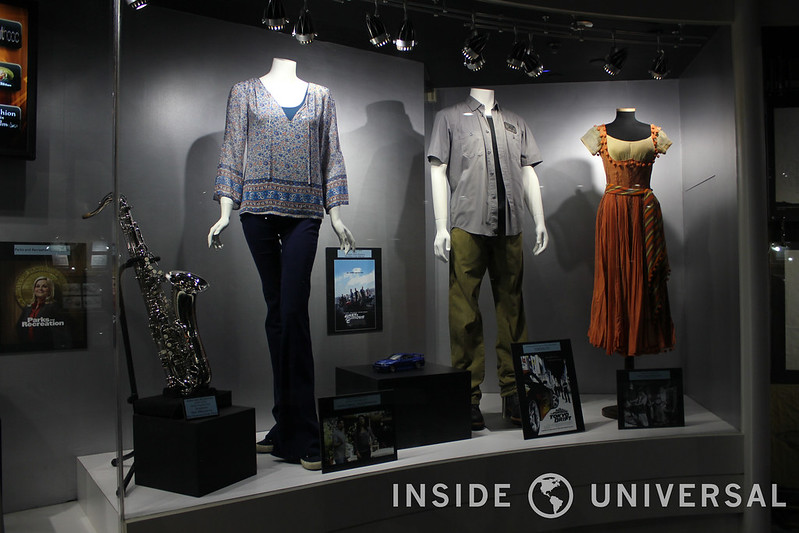 Next, wardrobe and props from NBC’s Parks and Recreation and the Fast and Furious franchise. 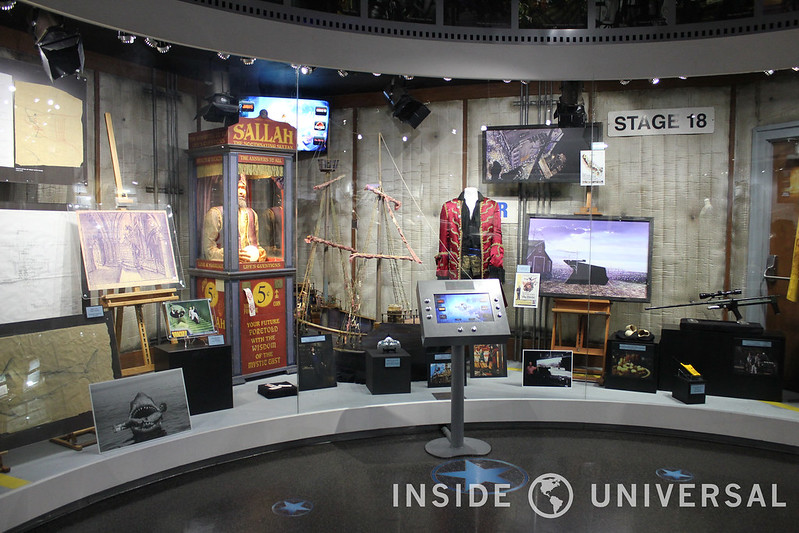 Moving on to the next display, we have Hook’s wardrobe from NBC’s Peter Pan Live followed by some props from Warehouse, sketches from JAWS and props from Jurassic Park. 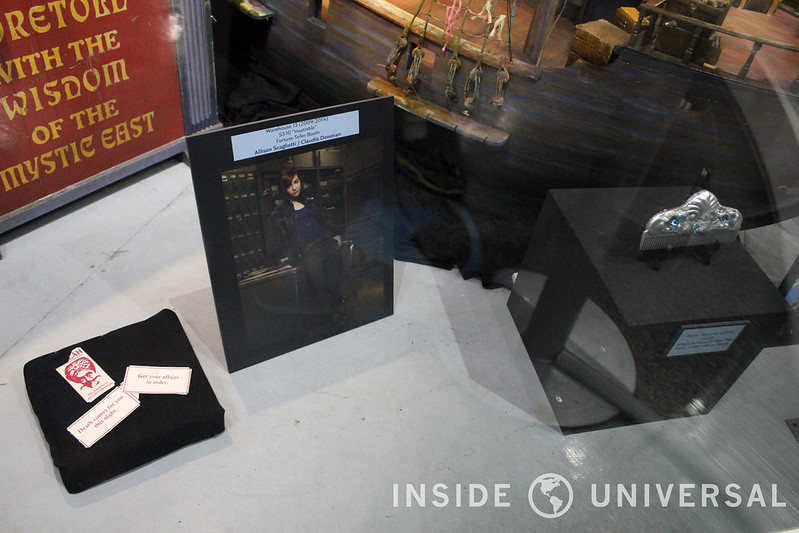 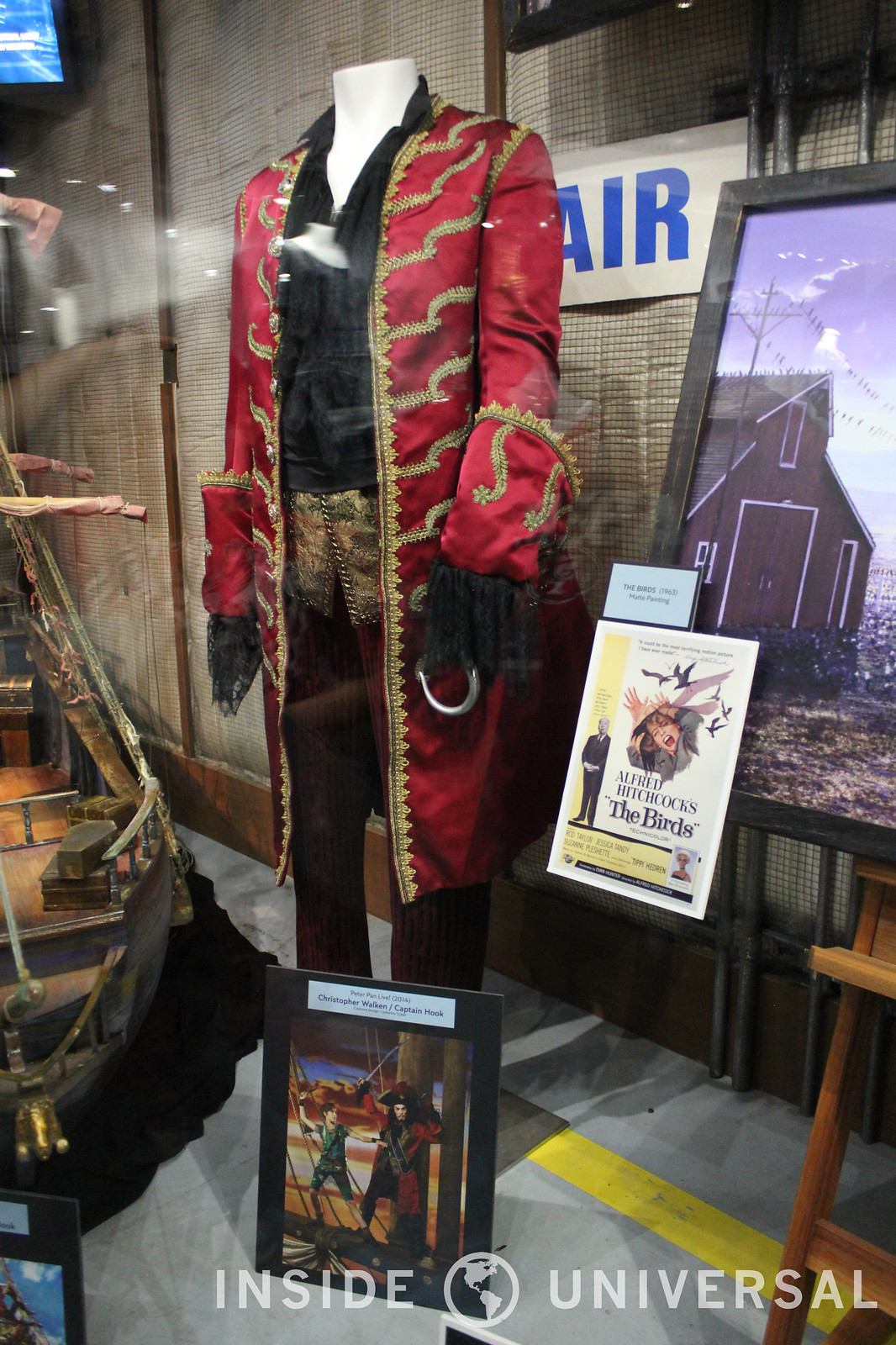 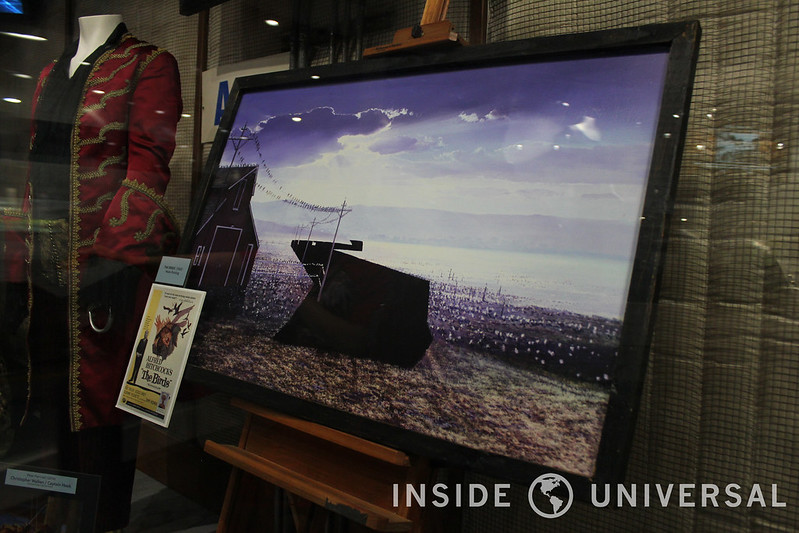 A graphic from Alfred Hitchcock’s The Birds. 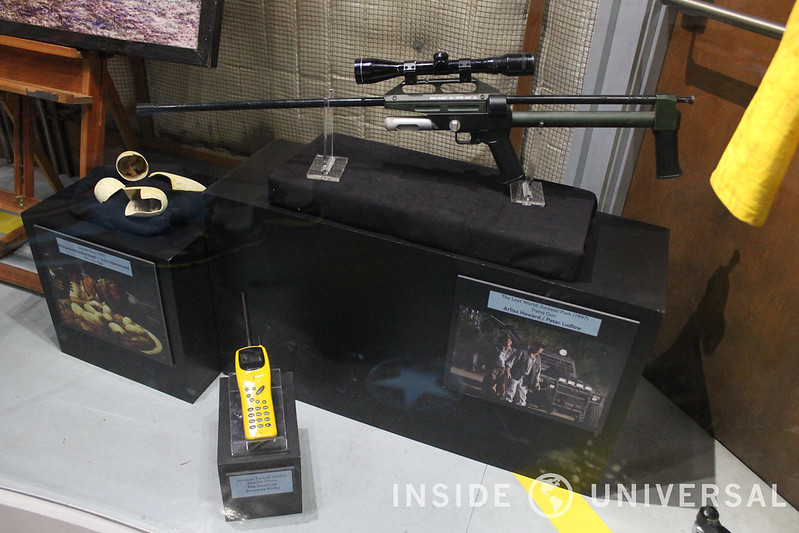 Dinosaur eggs, the tranq gun and a satellite phone from the Jurassic Park franchise. 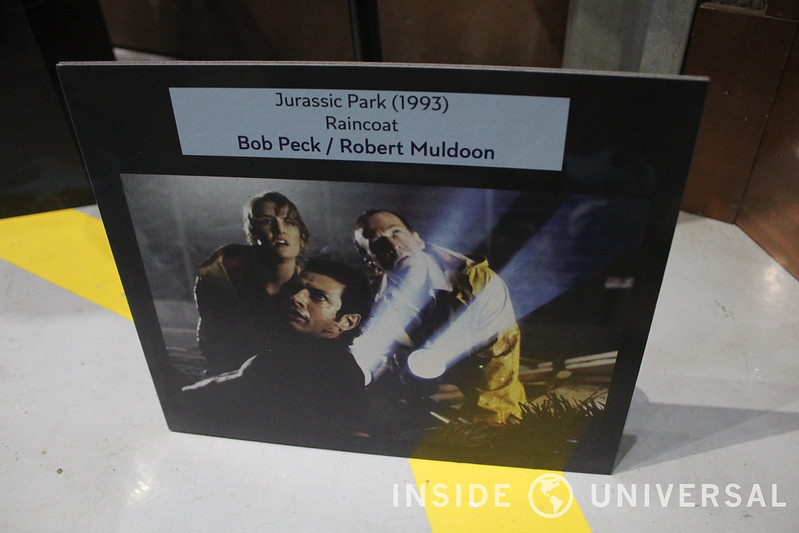 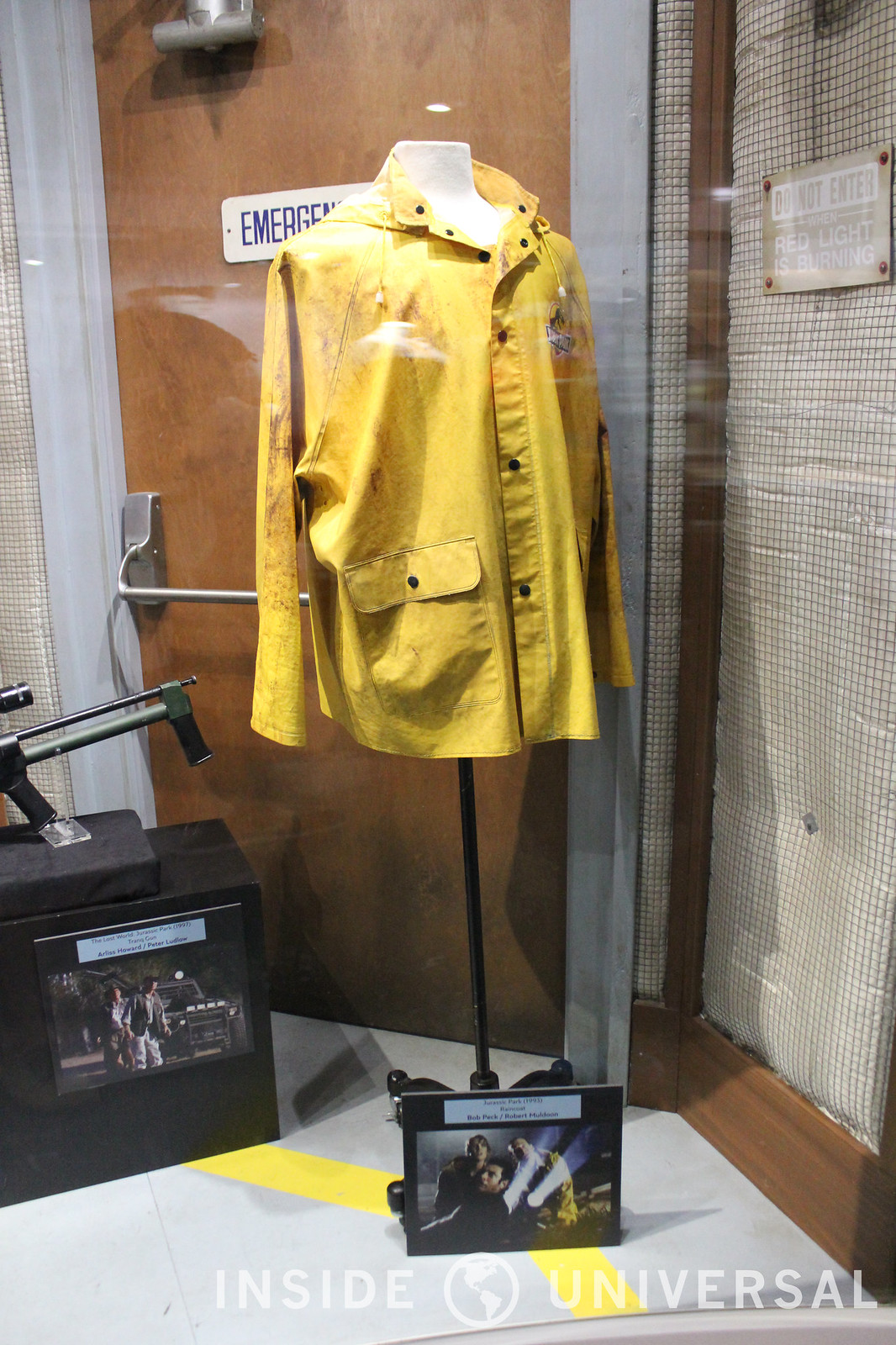 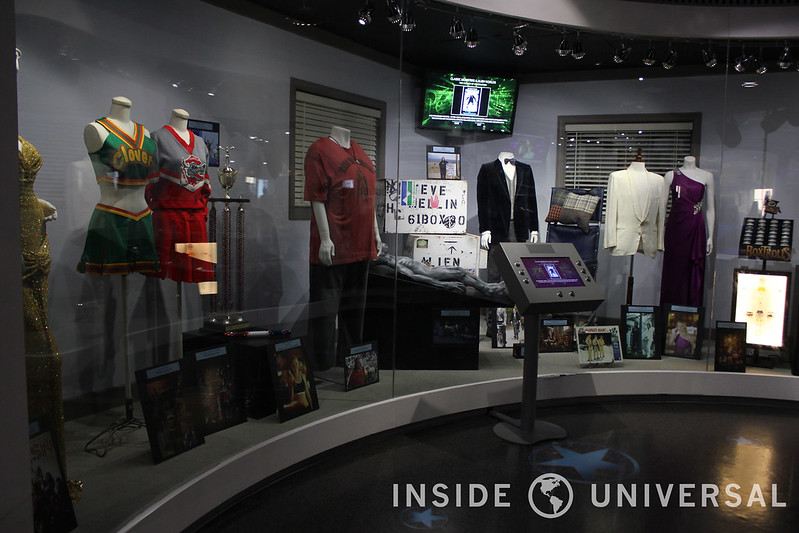 Wardrobe and props from Bring It On and Fast Times at Ridgemont High take up the bulk of the next display. 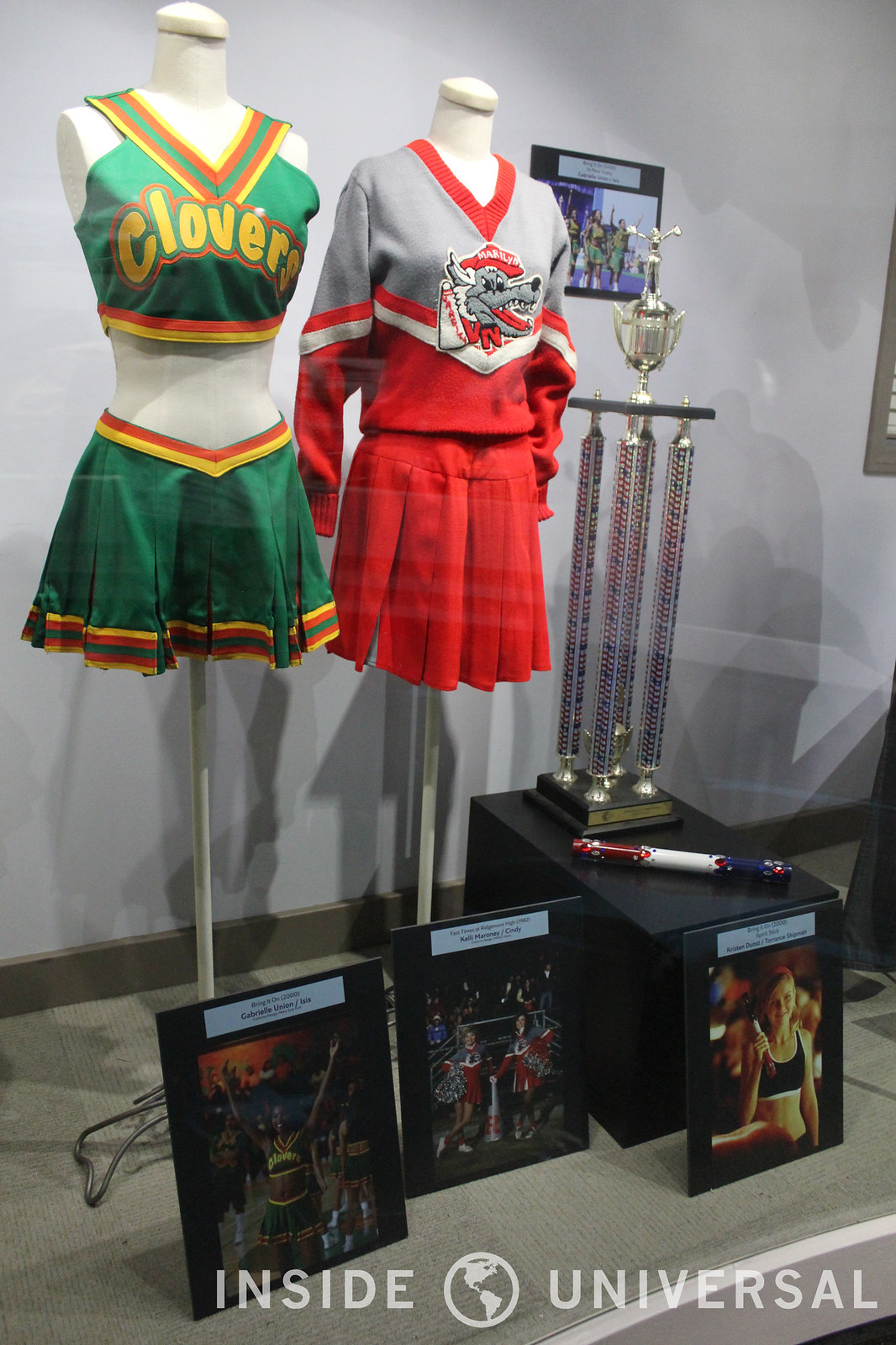 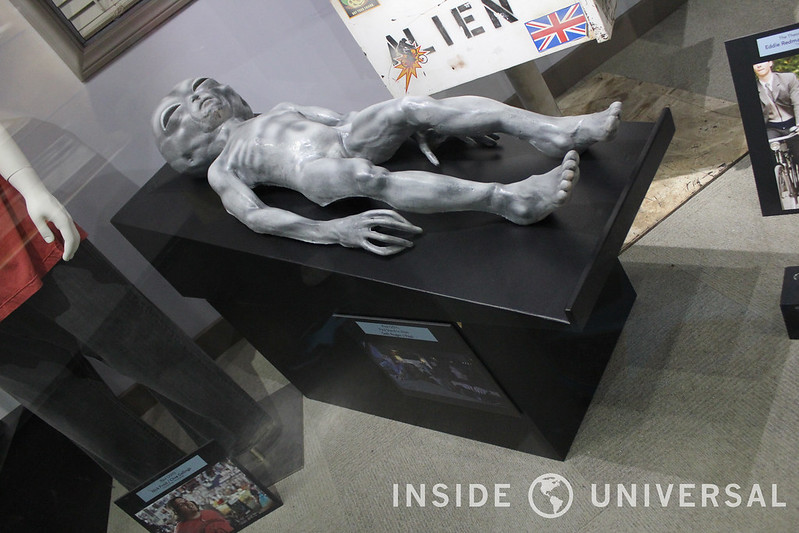 An alien from Paul. 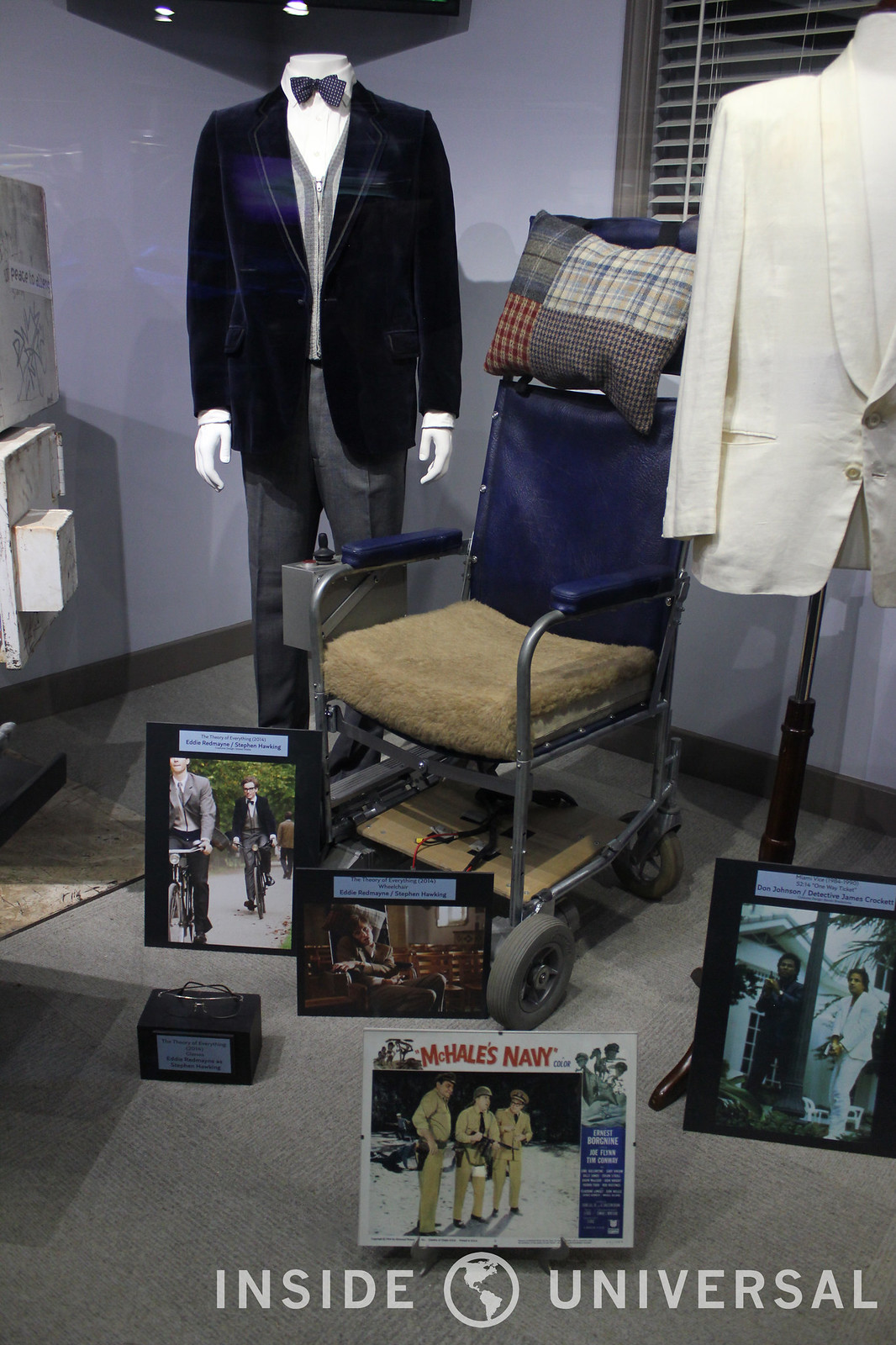 Items from The Theory of Everything, Miami Vice, and McHale’s Navy. 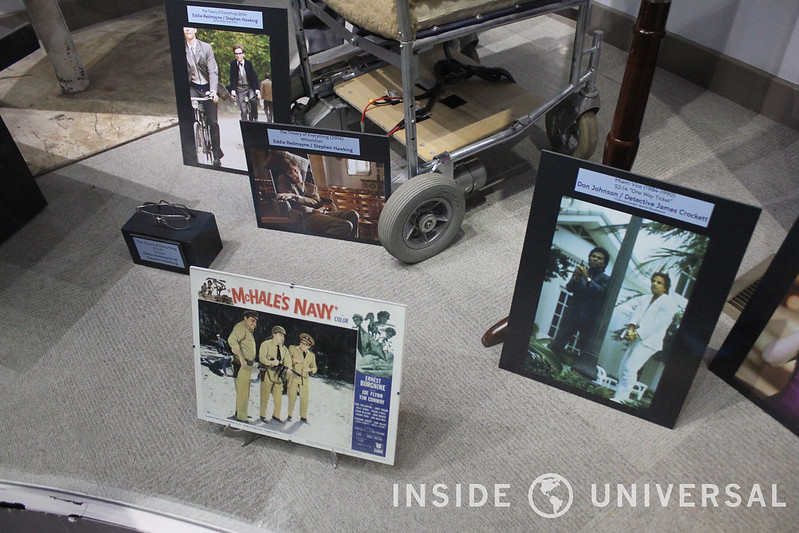 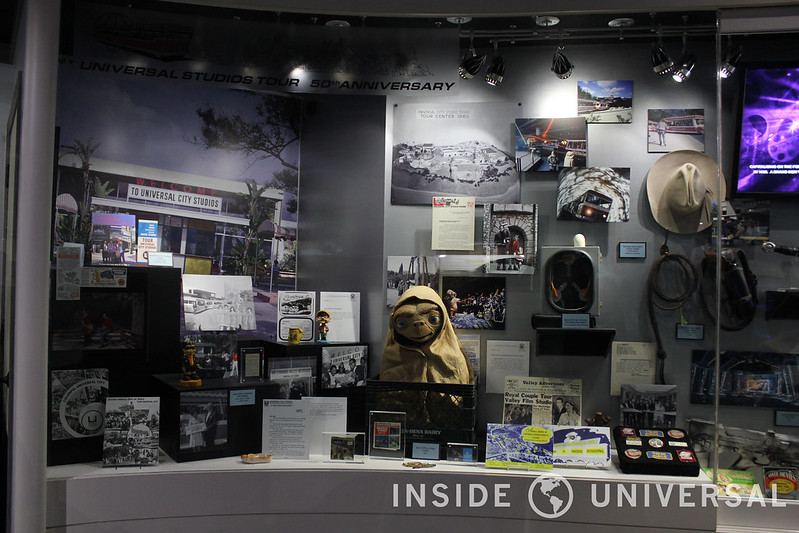 Finally, the bulk of the museum’s collection on the park’s fiftieth anniversary remains the same… 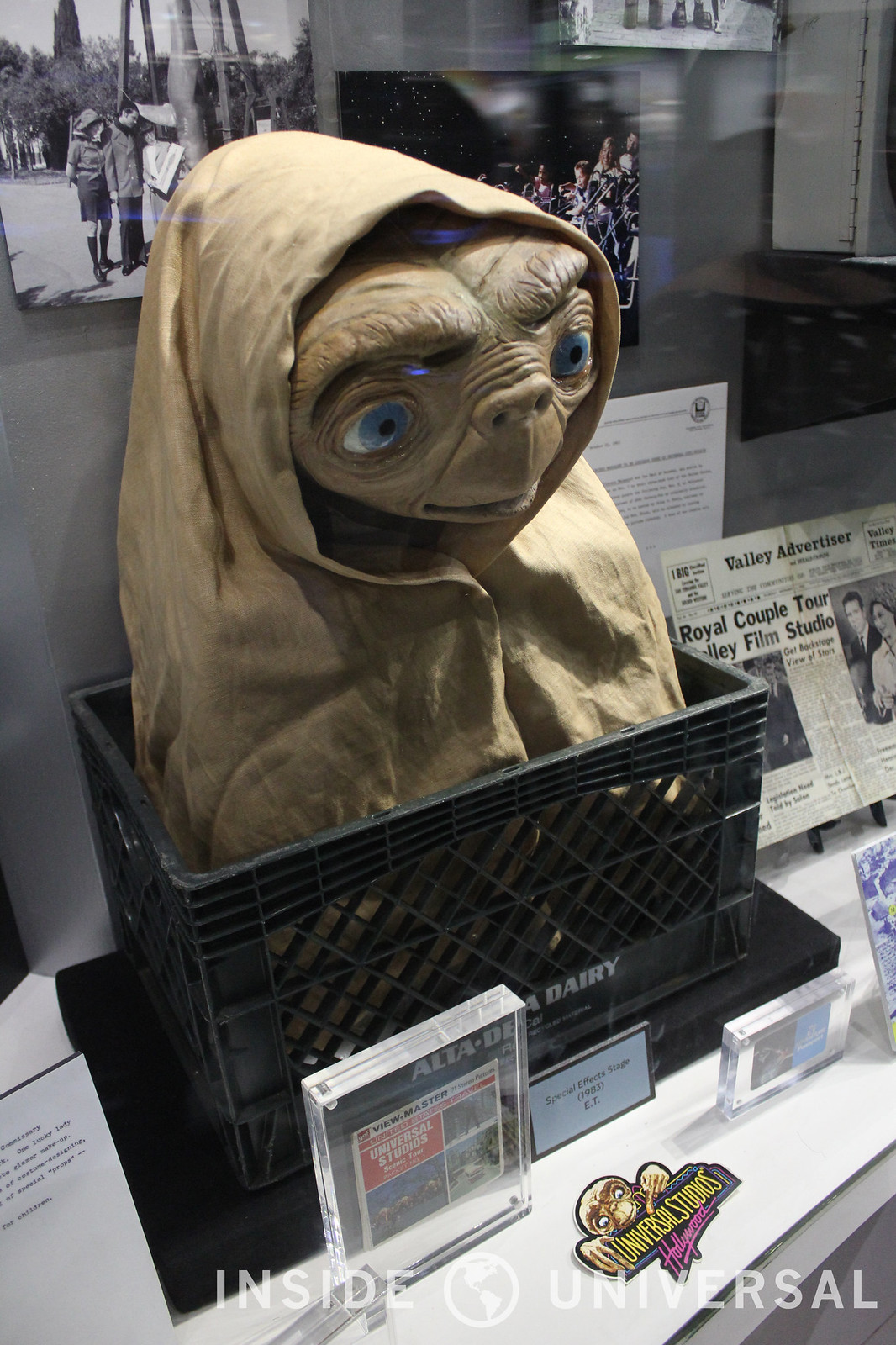 …excluding this E.T. replica from the original Special Effects Stage. 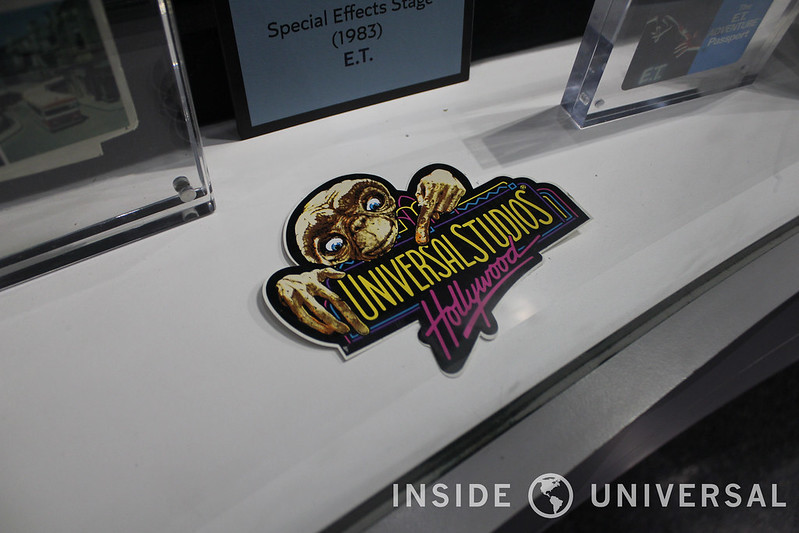 That does it for this brief look at the NBCUniversal Experience. What would you like to see displayed in the exhibit? Notice anything we didn’t cover? Let us know in the comments below.

For now, thanks for reading and we’ll see you in the next article.