March 29, 2015 – In preparation for the Studio Tour and the theme park’s continuing fiftieth anniversary celebration, Universal has refreshed the famous Flash Flood animation on the Studio Tour with new lighting, sound and audio effects.

Compared to its previous versions, Flash Flood now features a more dramatic soundtrack with stronger strobe effects with new lighting attached to the village facades. In addition, audio surrounding the tour animation has also been upgraded, resulting in a more realistic experience. Guests can now expect to hear more pronounced thunder crackling coupled with low-frequency effects reminiscent of Earthquake: The Big One.

Introduced in 1968, Flash Flood has long been a staple on the Studio Tour. Simulating a flash flood in a sleepy Mexican village, Flash Flood drops thousands of gallons of water onto unsuspecting guests from the top of a hill. Water channeled through additional corridors also flow through a Mexican market facade, with a mechanical wagon and sign post situated at the base of the hill “crashing” near the tram.

We’ve included videos and photos of Flash Flood below, including footage of the animation from the past so that you may compare and contrast the upgraded effects. 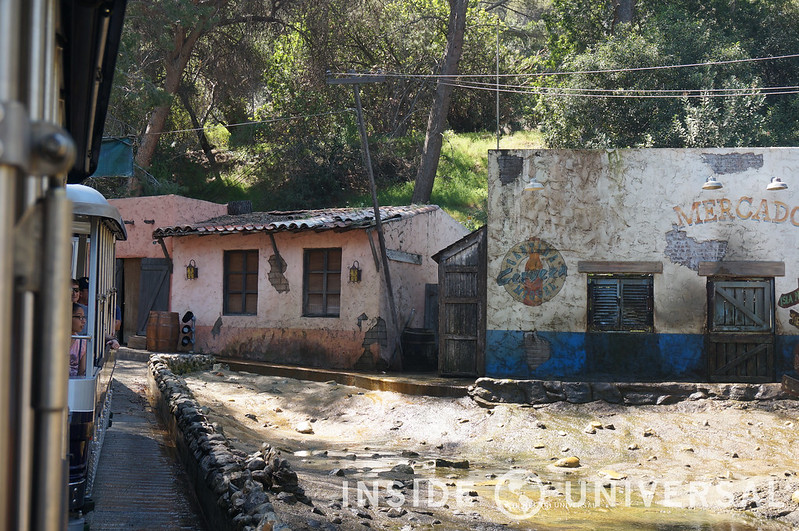 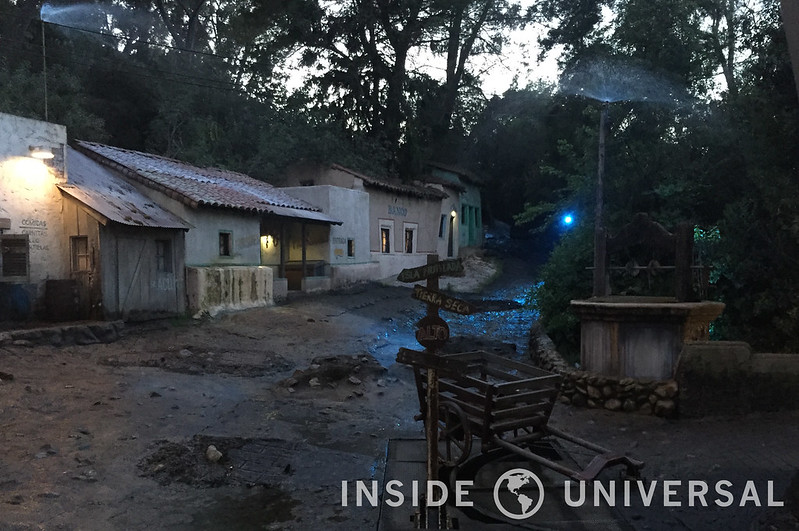 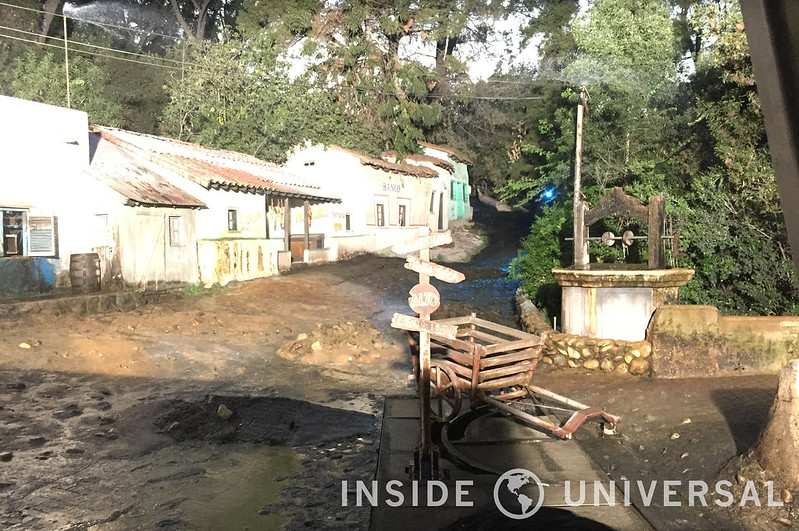