May 14, 2015 – After nearly two years of construction, Universal Studios Hollywood celebrated the grand opening of its newest themed environment Springfield USA based on the hit television show The Simpsons.

True to Hollywood form, several celebrity actors from the television show came out to be a part of the festivities. Yeardley Smith (voice of Lisa Simpson), Nancy Cartwright (voice of Bart Simpson) and Joe Mantegna (voice of Fat Tony) were on hand to celebrate the opening. Along with the voice actors, three of the Executive Producers of the show were also in attendance, including Michael Price (Co-Executive Producer), Matt Selman (Executive Producer) and Al Jean (Executive Producer) who joined Larry Kurzweil (President of Universal Studios Hollywood) on stage to say a few words about Springfield. 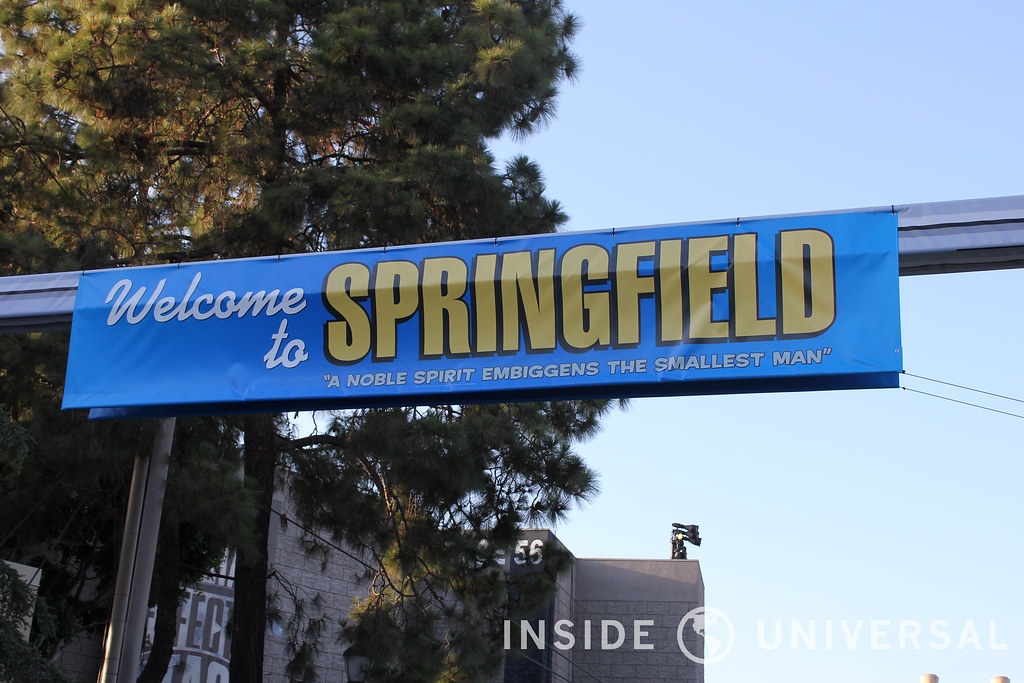 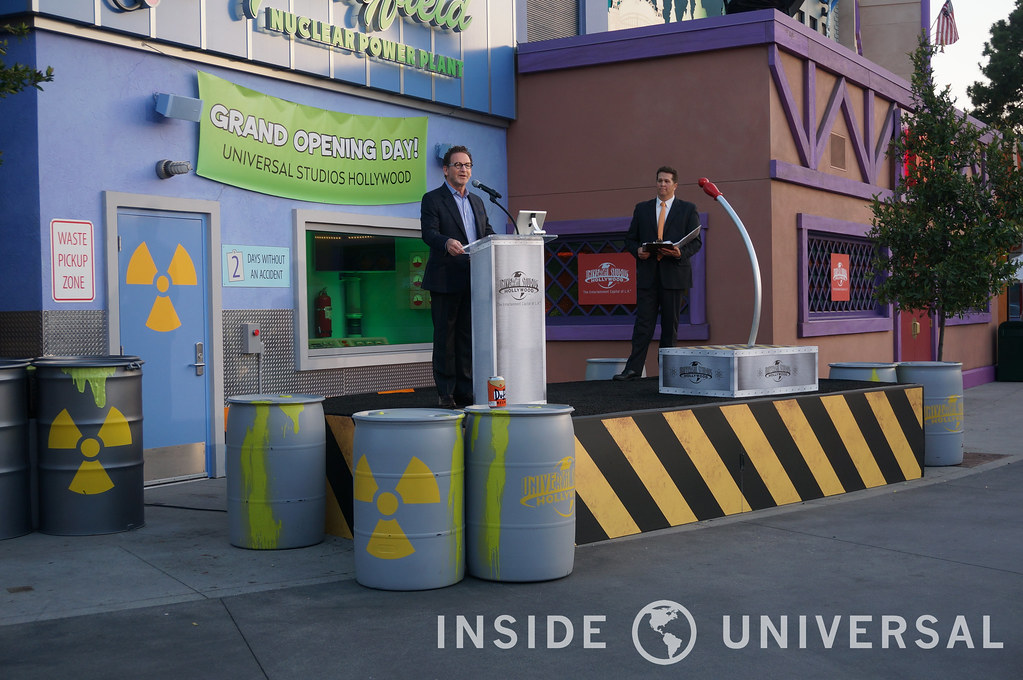 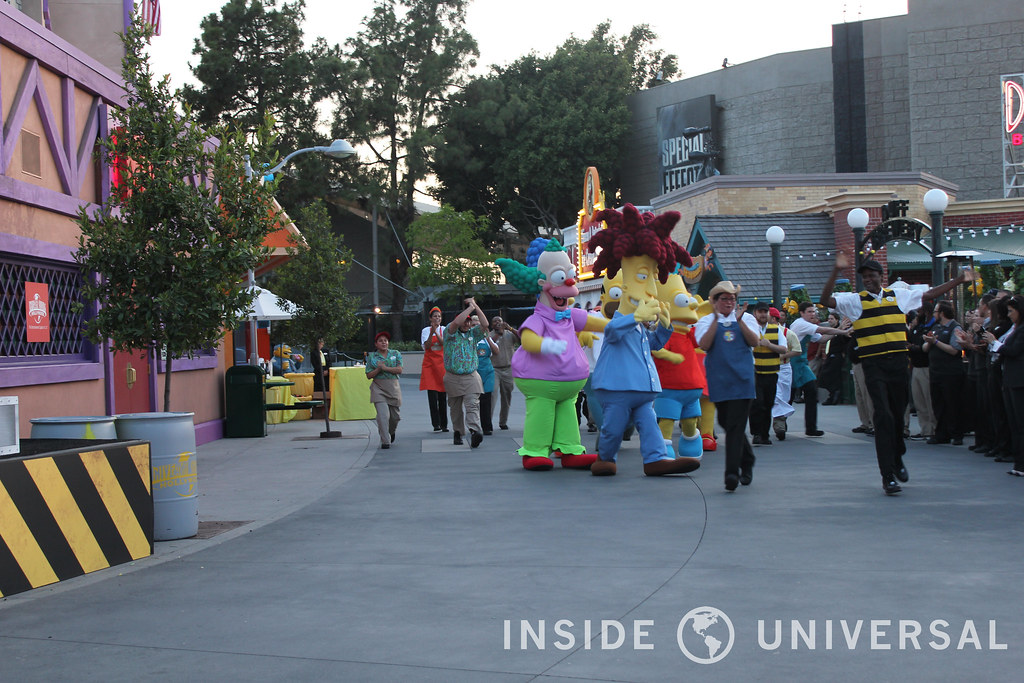 Characters from the Simpsons and Universal employees cheer on the opening of Springfield USA.

Excitement had been building as Kurzweil came to the podium to share his enthusiasm about this new experience, acknowledging Fox/Gracie for their collective vision, which “made Springfield leap from the animated television series to a full fledged dimensional town.”

Considering the difficulty involved with translating Homer’s 2D world into a three dimensional experience, both Fox/Gracie and Universal Creative deserve considerable praise for bringing the fanciful world of the Simpsons to life. In the same vain as the extensive WaterWorld 2.0 refurbishment, Universal chose the unprecedented route of refurnishing an existing attraction in new and exciting ways – transforming the otherwise sleepy Simpsons Plaza into the cohesive, themed experience of Springfield USA.

“Please buy merchandise, as much as will fit in your bags!” – Al Jean

When Simpsons Executive Producer took the stage, he implored guests – in joking fashion of course – to “buy [Simpsons] merchandise, as much as will fit in your bags.” Acknowledging Universal’s largest construction project to date, he also told attendees to ignore the rising castle adjacent to Springfield USA. 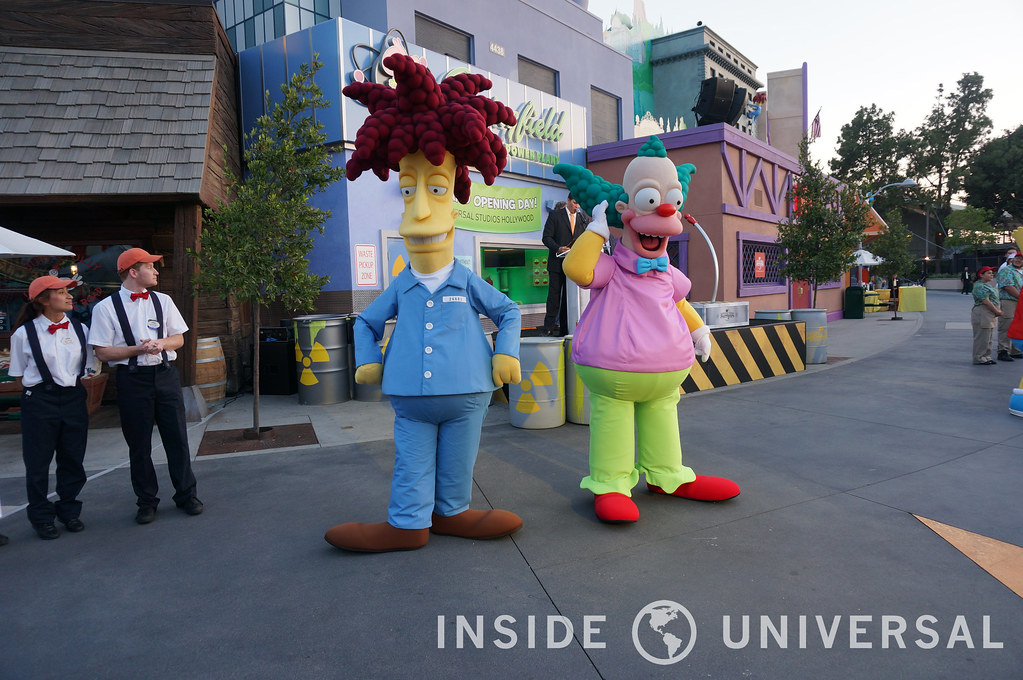 Krusty the Clown and Sideshow Bob take center fold next to the Springfield Nuclear Power Plant. 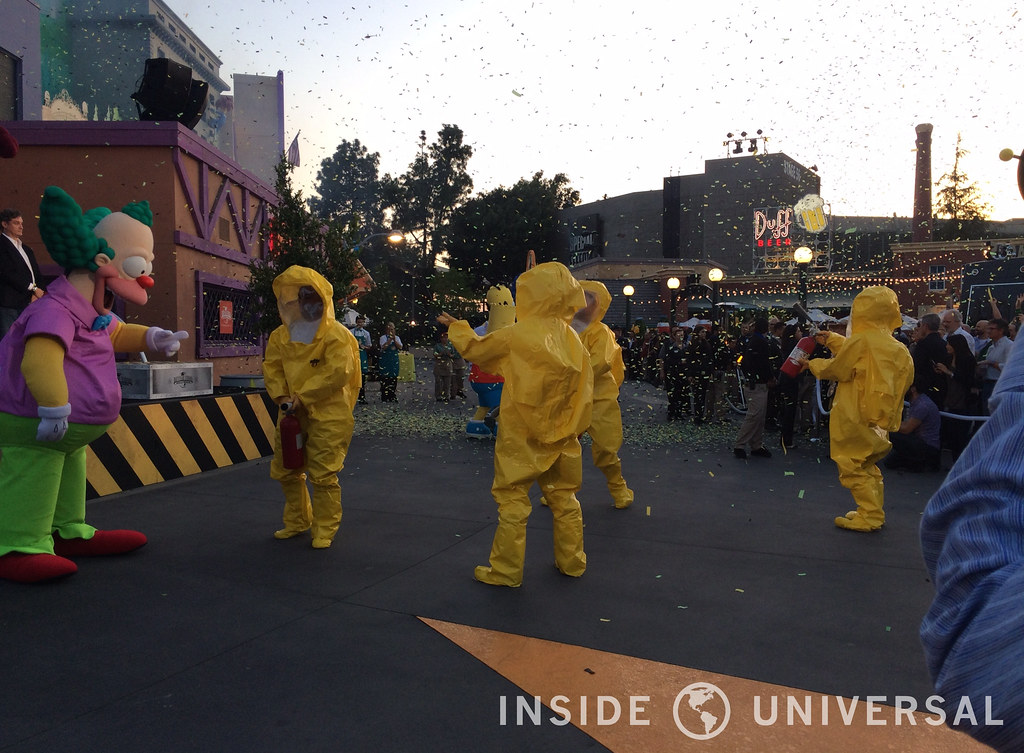 With a blast of fireworks, Springfield is now open! 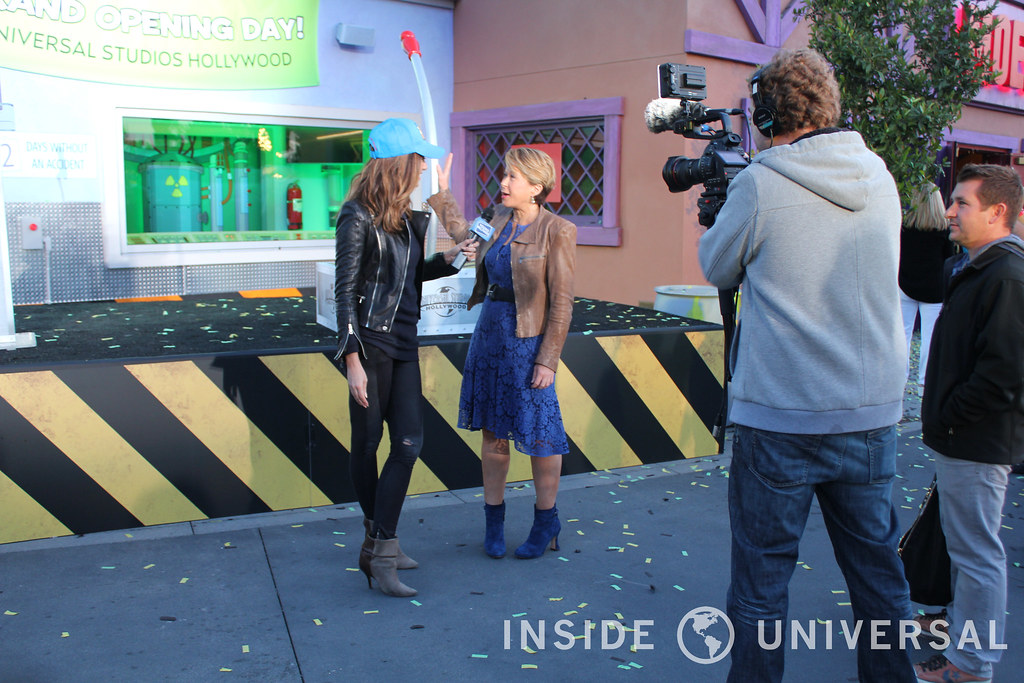 Yeardley Smith at the site of Springfield’s grand opening. 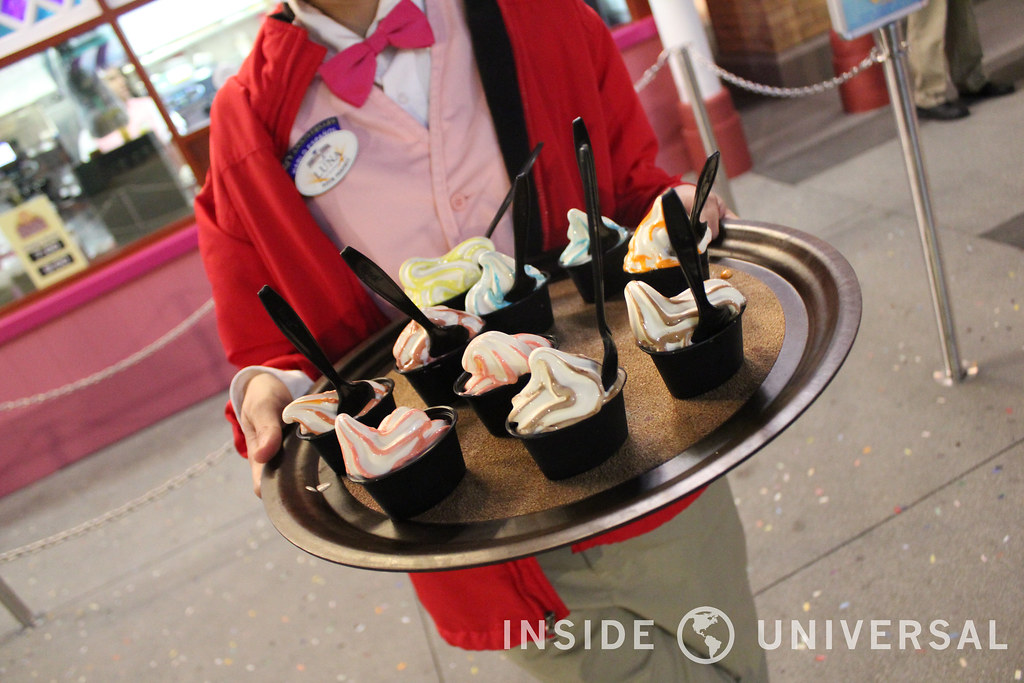 Ice cream from Phineas Q Butterfat was served by the dozen.

When it came time to officially open Springfield (or in this case, another nuclear power plant), the Senior Vice President of the Springfield Power Plant Bob Fleming – in bumbling form – introduced the real stars of Springfield: Homer, Marge, Bart, Lisa, Krusty the Clown, Sideshow Bob and the men & women of Springfield. Of course, in typical Simpsons fashion, the grand opening of the power plant resulted in a minor meltdown, releasing scores of confetti and fireworks into the air. After a brief moment of panic, the Simpsons introductory score appeared on the overhead sound system – signaling the official opening of Springfield USA.

Attendees were then offered the opportunity to mingle and enjoy a “Taste of Springfield” which allowed guests to be able to see and taste all that Springfield has to offer. Waiters and waitresses walked around the land offering samples of food, including Lard Lad’s laughably large donuts, ice cream and churros.