May 16, 2015 – Universal Studios Hollywood is ramping up for a big summer on the Studio Tour to celebrate its 50th anniversary. As part of this big ramp up, Universal recently held auditions in an effort to bolster their Studio Tour staff – inviting Inside Universal down to detail the process of attaining this highly coveted position.

We spoke to Natalie Ceballos, a tour guide of five years, who was on hand to help with the audition process. She told us about the benefits working for Universal as a Studio Tour guide – benefits that include advanced movie screenings and access to exclusive studio events. Perhaps more importantly, Studio Tour guides also have the added benefit of flexibility that allows working actors in Los Angeles to pursue their often-hectic schedule. But Universal isn’t being flexible for the sake of flexibility – they are looking for it as well. 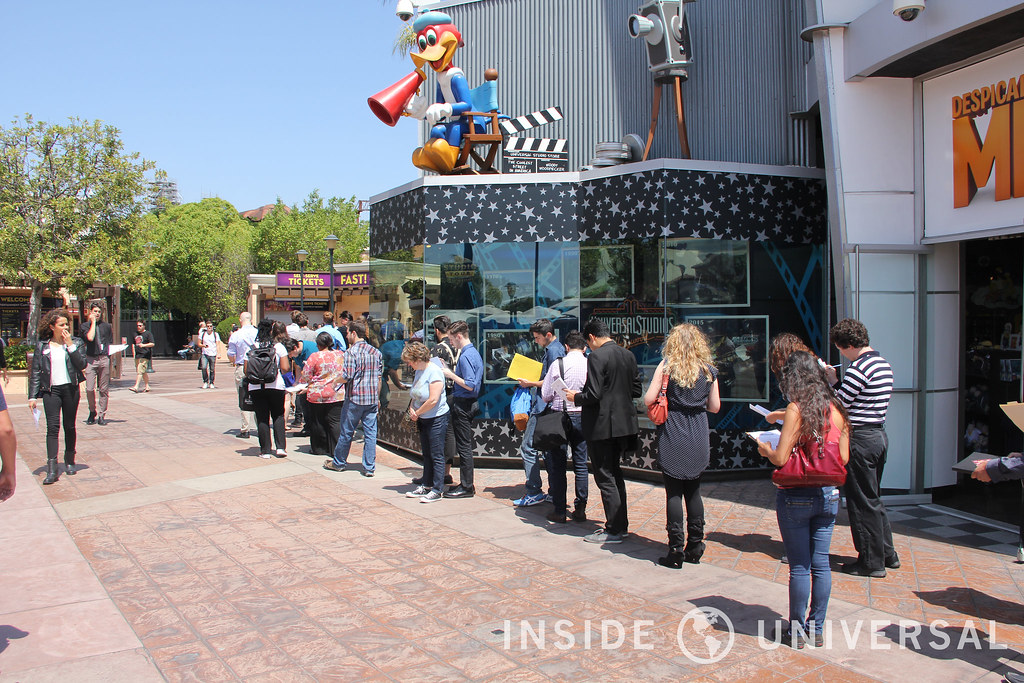 “The Studio Tour script is a living document. It changes and evolves” said John Murdy, who may be the theme park’s Creative Director now, but he actually started his career as a tour guide himself. Things often change on the Studio Tour that is not reduced to attraction openings or closures. Indeed, an attraction can go down in the middle of the tour that needs to be bypassed or a filming production can stop a tour. In those cases, John told talked about a very technical studio tour trick called “stalling”.

“If you’re stopped in courthouse square obviously you are going to talk about the most famous movie filmed there Back to the Future, but you’ve done that and you’re not cleared yet so you talk about the history and maybe To Kill A Mockingbird, and you’re still not cleared so you talk about facades and how they work on screen.” On top of the encyclopedic amount of information tour guides are required to know, Murdy also referred to the benefits that modern day tour guides have at their disposal. “There are over 200 pieces of media loaded on the tram’s onboard computer. All I had was a mic.”

The hopefuls, who showed up on Monday afternoon, were lined up outside the main entry gate and were ushered into the VIP lounge above guest relations. After filling an informational form and ensuring their headshots were in order, the candidates made their way to one of five tables where they would get a short one on one interview with a Universal employee. We asked Natalie what they are looking for. “Obviously that the candidate can speak comfortably in front of a group of people. After that, we watch if the candidate can speak passionately about movies and television. In my case, I love the Mindy Project, so if you are on my tour you are going to get a lot of Mindy info.” 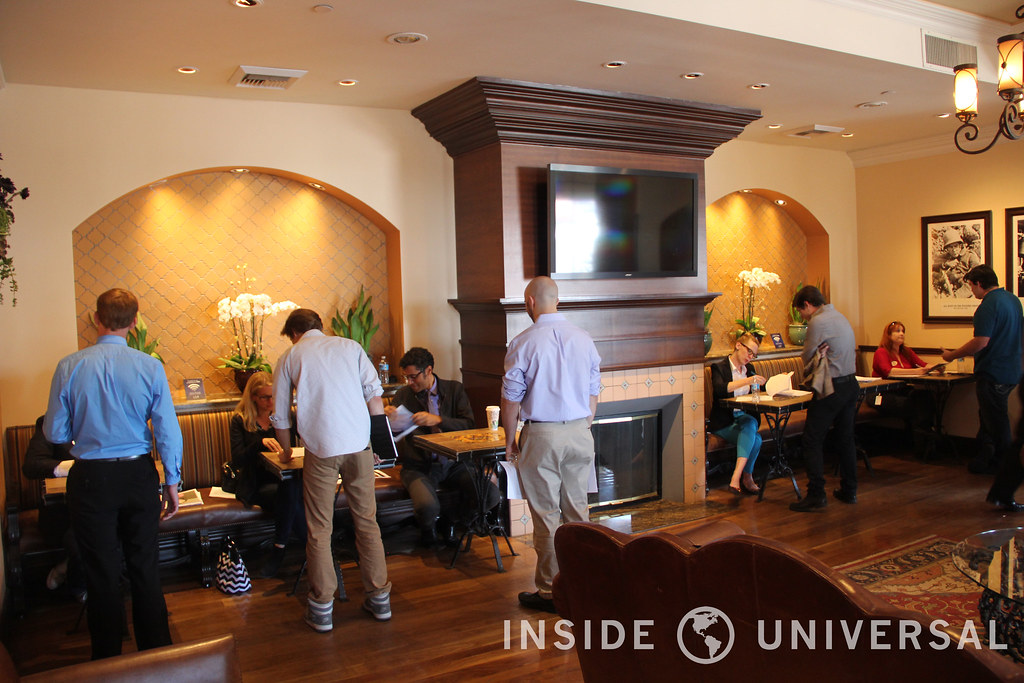 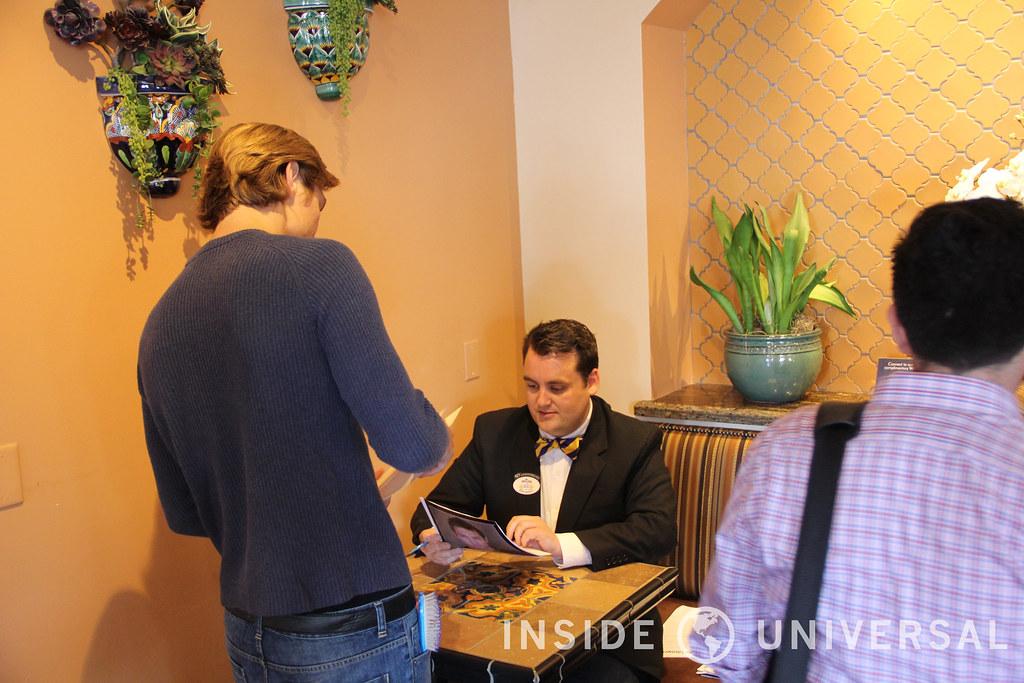 This first round of interviews are short, the candidates only get a few minutes to make an impression before they are headed back out to the entry plaza. Those that do make the right impression receive a callback for a more in-depth interview. The ones who make the cut after that initial first step are then invited to start a two week training process that includes both classroom study and on-tram rehearsals. But it doesn’t mean, at this point, that they have a job. After the end of the two weeks there is a final evaluation to be signed off as an official Studio Tour guide. At any point up to and including this final evaluation, a candidate may be cut. It’s a difficult process, but with what amounts to an hour long one-person show covering, 50 years of tour history, 100 years of studio history, countless movie and TV show facts and tidbits, and 2 of the most technically advanced theme park attractions in existence, it’s a difficult job.

We spoke to one Studio Tour hopeful who told us the audition was fast and relatively easy. This being her first Universal audition she was impressed. Usually open calls in LA can be slow and cumbersome. While she was happy about that, she was less confident about her interview. “I mean I think it was good, but you never really know until you get the call.”