Featuring Marilyn Monroe and Frankenstein, the Nighttime Studio Tour takes advantage of various sets located across the lot – combining live actors and special effects to add an extra dimension to the otherwise normal daytime tour. Marilyn Monroe can now be seen waving back to passerby guests as Frankenstein lunges towards the tram in Little Europe.

Projections are also used heavily throughout the Nighttime Tour, with scenes and characters projected on set windows across the lot. Notable moments including dinosaurs attacking inhabitants within the mobile unit RVs from Jurassic Park, Norman pacing back and forth with a knife in hand in the Psycho House, and various barroom fights taking place in Six Points Texas. King Kong 360 – 3D and Earthquake were also on the nighttime roster, adding traditional elements to an otherwise special tour of Universal’s sprawling backlot.

Since the nighttime experience is still undergoing rehearsals, modifications and changes are entirely within the realm of possibility as Universal prepares for the attraction’s formal summer debut. For now, the current Nighttime Tour promises guests and fans a new experience on their next trip to Universal. While not a dramatic re-imaging of the Studio Tour concept, Universal has added a slew of delightful additions throughout the lot to make the nighttime experience enjoyable for all.

For those interested in learning a little bit more about the current Nighttime Tour, we’ve included photos and short video clips from today’s rehearsal below. Please stay tuned to Inside Universal for the most reliable news and updates from Universal Studios Hollywood.

For our first nighttime stop, Marilyn Monroe steps out from her trailer and waves to her adoring fans. Her dialogue is prerecorded. 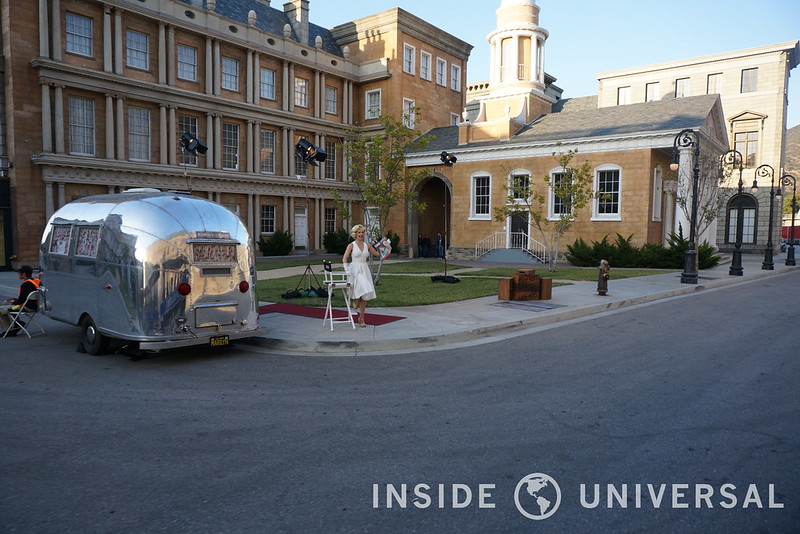 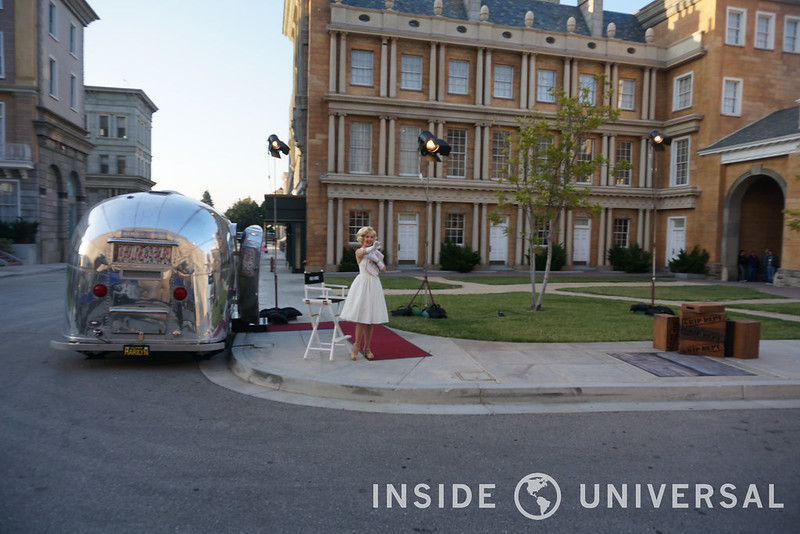 Featuring the infamous Fleetwood RVs from The Lost World: Jurassic Park, this scene features projections of dinosaurs on the windows of the mobile lab unit. The prerecorded dinosaur effects have also been refreshed to reflect the dinosaurs’ carnivorous rage.

As the tram turns a corner in Little Europe, Frankenstein rushes towards guests as smoke billows behind him. 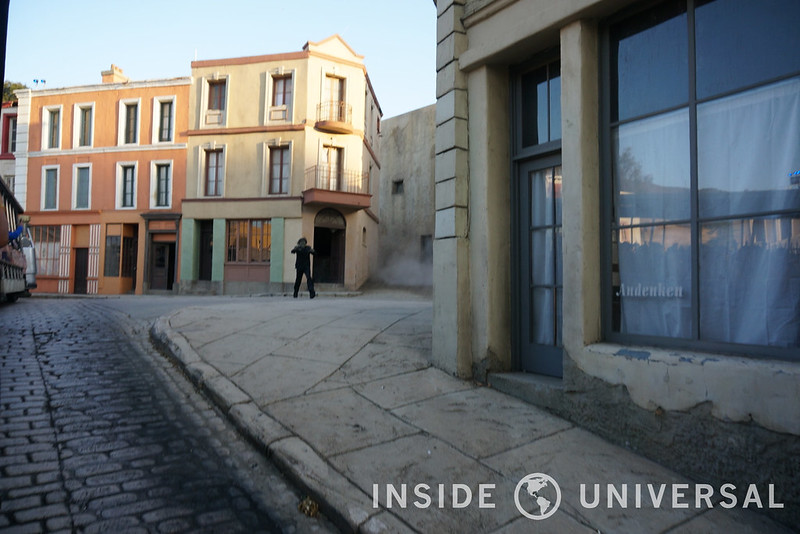 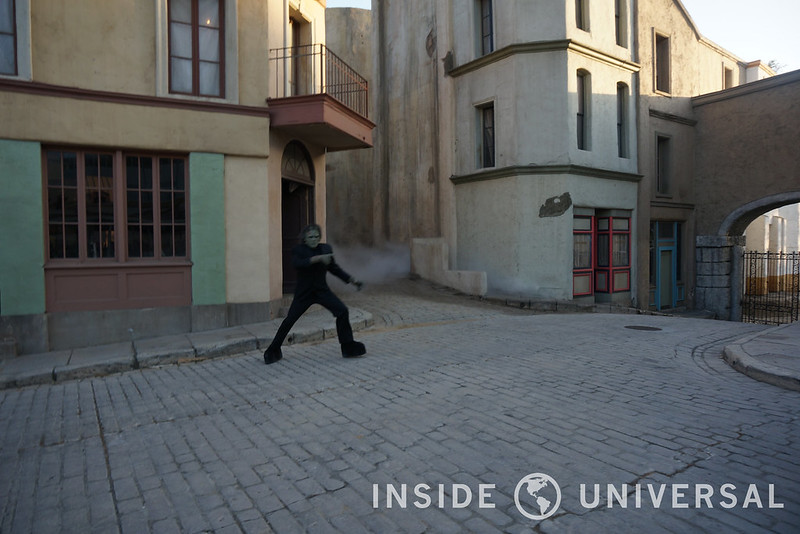 Feeling lucky? Projections of fistfights and barroom brawls are now projected on the sets of Six Points Texas. 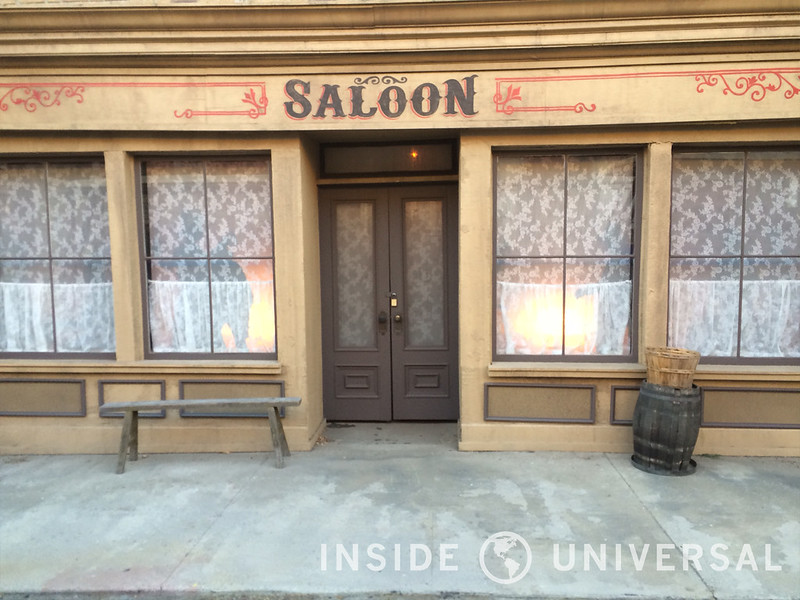 Need to take a shower? As the tram drives by the Bates Motel, onlookers can now spot Norman disposing a body in his vehicle. Eagle-eyed fans can also spot a projection of Norman pacing back and forth with a knife as the tram drives past the Psycho House. 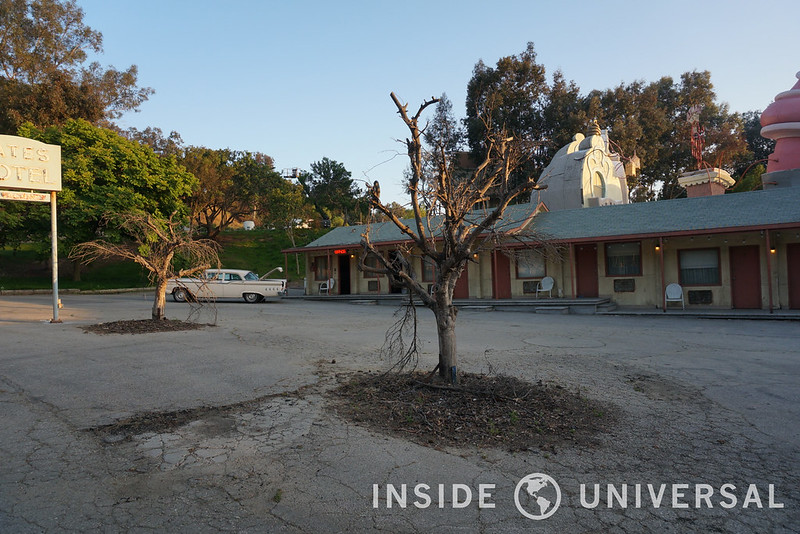 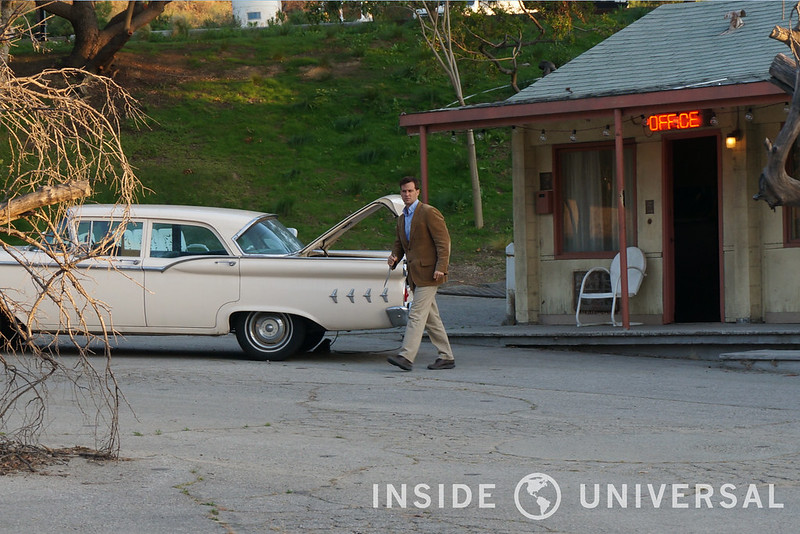