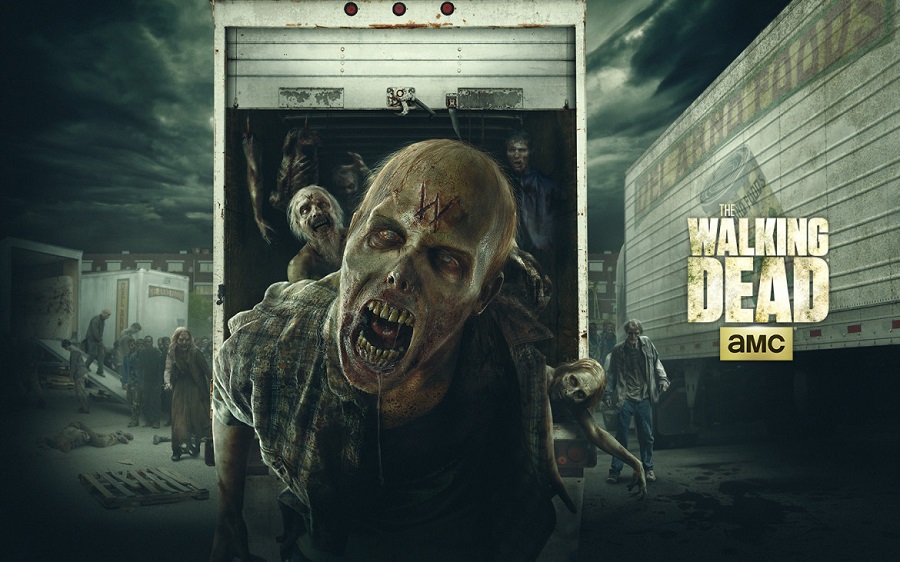 This year, “The Walking Dead: The Living and the Dead” will feature some of Season 5’s most mesmerizing scenes, including the flooded food bank scene – where guests will be surrounded by hundreds of gallons of water as flesh-hungry walkers attack.

“The Walking Dead: The Living and the Dead” is the 3rd haunted house revealed for this year’s event, following prior announcements of Freddy Vs. Jason and Insidious. More announcements should be coming soon as we’re 50 days away from Opening Night on September 18th.

“We’ve been fortunate to recreate many horrific moments over the past few years, and as the series raises its own bar every season, so have we with our environments, said Michael Aiello, Director of Creative Development for Universal Orlando’s Entertainment team. “Faithfully representing season 5 has brought with it all-new elements, and we will literally place our guests in the lead role as they escape hordes of walkers.”

The Walking Dead is one of television’s most popular series, and will be entering its 6th season this October.  A spin-off series, Fear the Walking Dead, is set to premiere August 23rd. The plot will focus on group of survivors during the beginning of the zombie outbreak in Los Angeles.

The Walking Dead will also be featured at Universal Studios Hollywood in the all-original “The Walking Dead: Wolves Not Far”. It will be the biggest, longest, most gruesome maze ever built at West Coast version of Halloween Horror Nights.

Join the Halloween Horror Nights 25 and The Walking Dead Discussion on our Forums!