November 7, 2015 – It’s hard to believe that Halloween Horror Nights 2015 is almost over! And with that, our maze series is reaching its end, as well. For those who have been with this since the beginning, thank you. For those who are just joining us, here’s a little breakdown of how these reviews have gone. Instead of giving a scene-by-scene description of each maze, I have chosen to give my overall opinion of the maze and how I felt it represented the franchise. My goal of these articles is to give you some background information of each franchise and encourage you to experience the mazes yourself to form your own opinion. Now let’s enter into the battle between Alien and Predator.

Alien vs. Predator (Anderson, 2004) is a 2004 sci-fi/action/horror film bringing together the two equally popular franchises Alien (Scott, 1970) and Predator (McTiernan, 1987). The concept of Alien vs. Predator originated from the 1989 Dark Horse Comics graphic novel of the same title, in which Aliens and Predators come together for the first time. The 2004 movie follows a group of archaeologists on an expedition in Antartica, where they find themselves caught between a battle of the two legends. It’s not long before the team realizes that only one species will survive this war, and their chances were bleak. 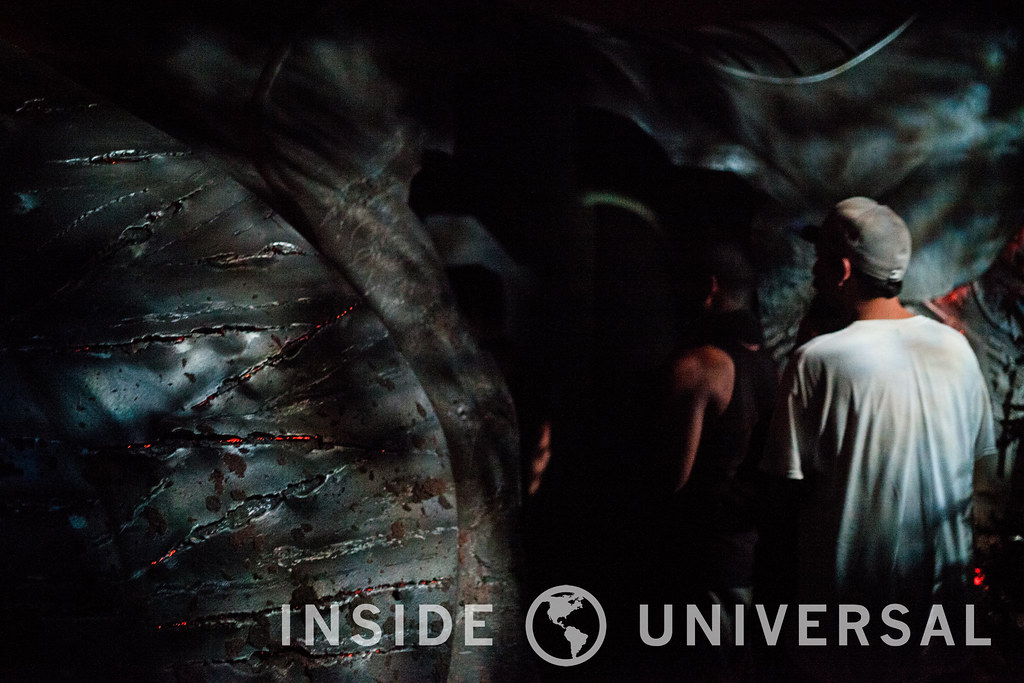 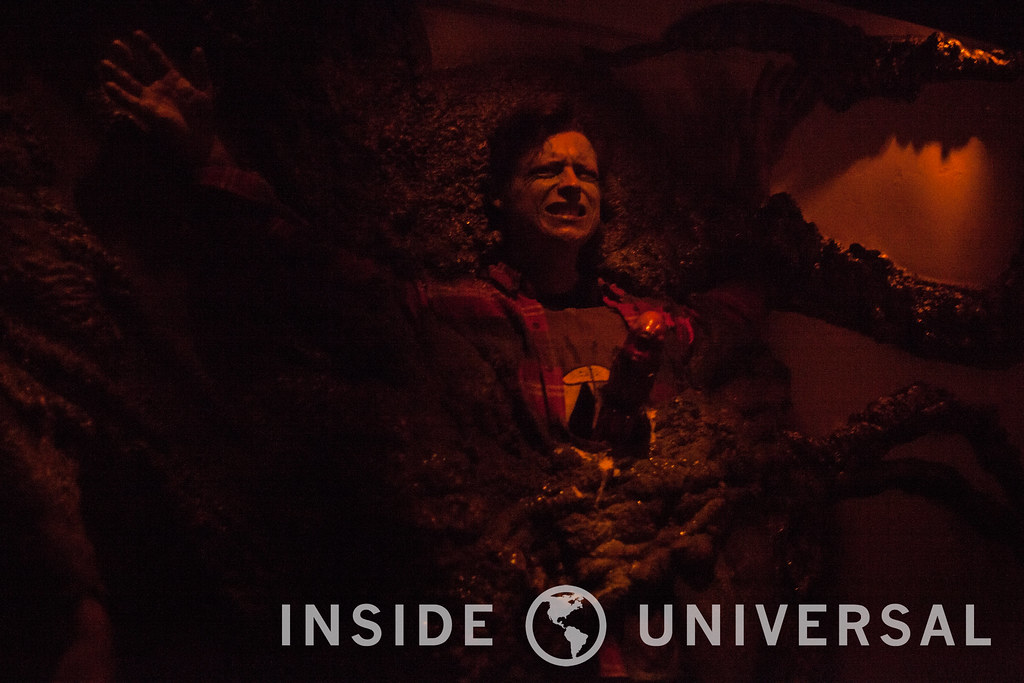 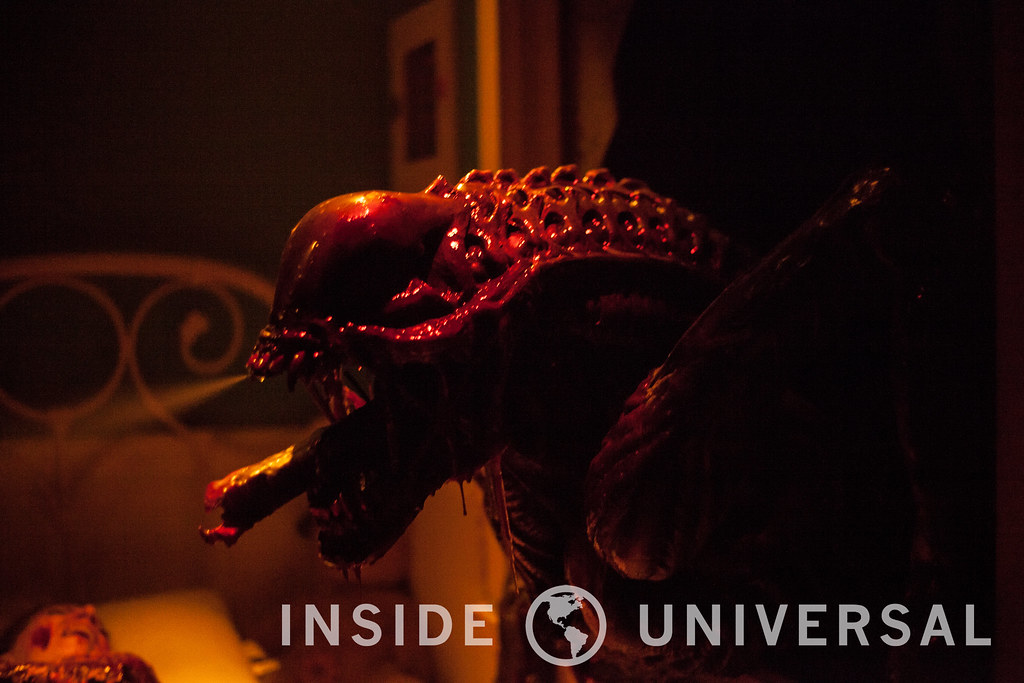 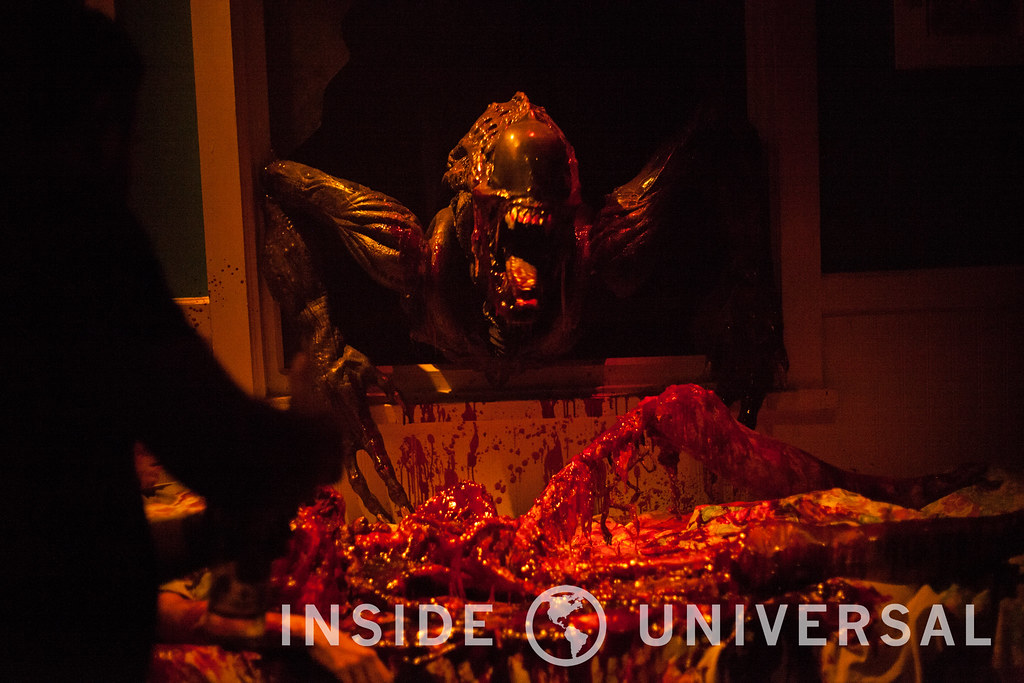 The 2004 movie came after decades of sequels for both the Alien and Predator franchises, and received mixed reviews from film critics upon release. However, despite multiple negative comments, Alien vs. Predator (Anderson, 2004) went on to gross a total of $171 million in theatres, outperforming both the Alien and Predator franchises. Its success led to a sequel in 2007 titled Aliens vs. Predator: Requiem (Strause, 2007). When you consider the franchise’s great success, it makes perfect sense for John Murdy and his team to bring this science-fiction horror movie to Halloween Horror Nights 2014 as AVP: Alien vs. Predator. And, just as they predicted, the maze was a huge success, bringing in consistently high ratings throughout the 2014 season.

To give a small background of AVP: Alien vs. Predator for those of you who did not attend last year, this maze follows the same premise of the films where we find ourselves caught in between an Alien and Predator battle. This maze prides itself on its technologically advanced creatures and special effects that created such a highly rated maze. For this reason, the creative director behind Universal Studios Hollywood’s Halloween Horror Nights, John Murdy, stated that it was always intended for this maze to be done two years in a row. While I was among the large group of people who were incredibly impressed by this maze, I can’t say that this was one of my favorites, nor would it be one I would particularly hope to see again. So I was slightly disappointed to hear it was coming back for this season, and even more disappointed to hear that it would be the same exact maze.

As badly as I wanted to give this maze a negative review for this reason, I can’t rightly justify it. While the storyline of the maze is exactly the same, there were a few elements added throughout that managed to increase the technologic advancement from the year prior. Also, despite the fact that I practically have this maze memorized, I still got scared each time I went through. And, by gauging the crowd’s reactions throughout the maze, it was clear that it was still just as popular as the year before. 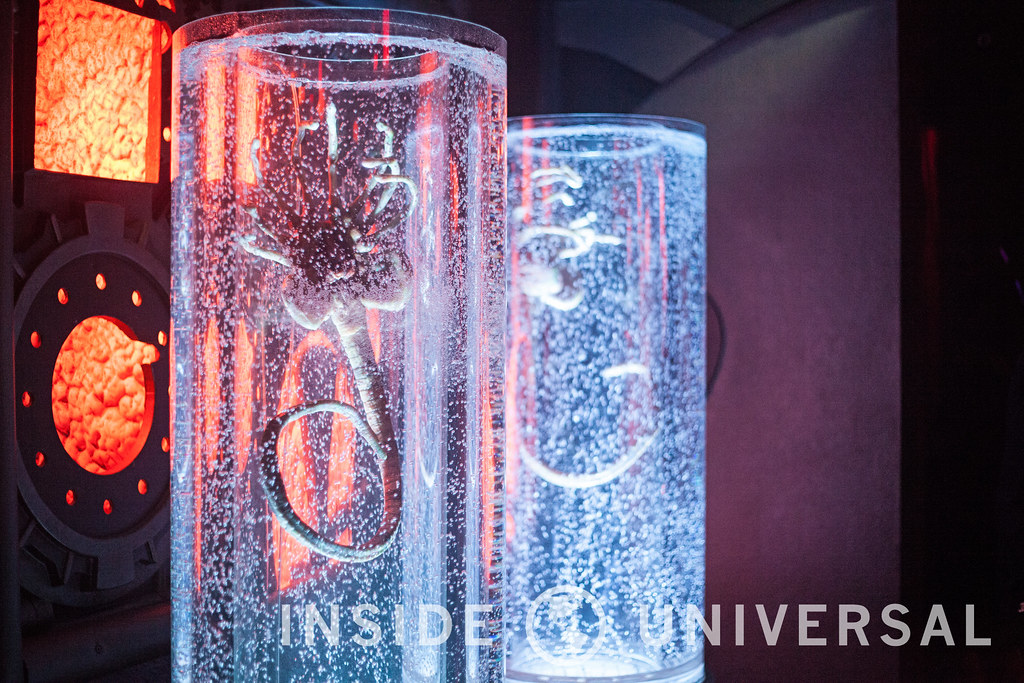 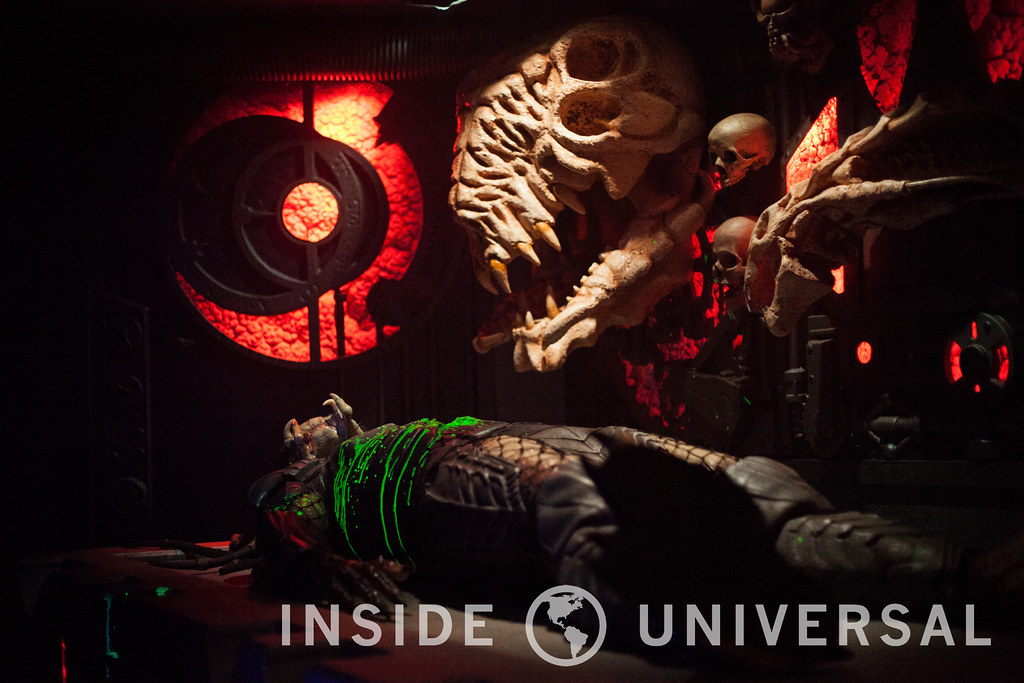 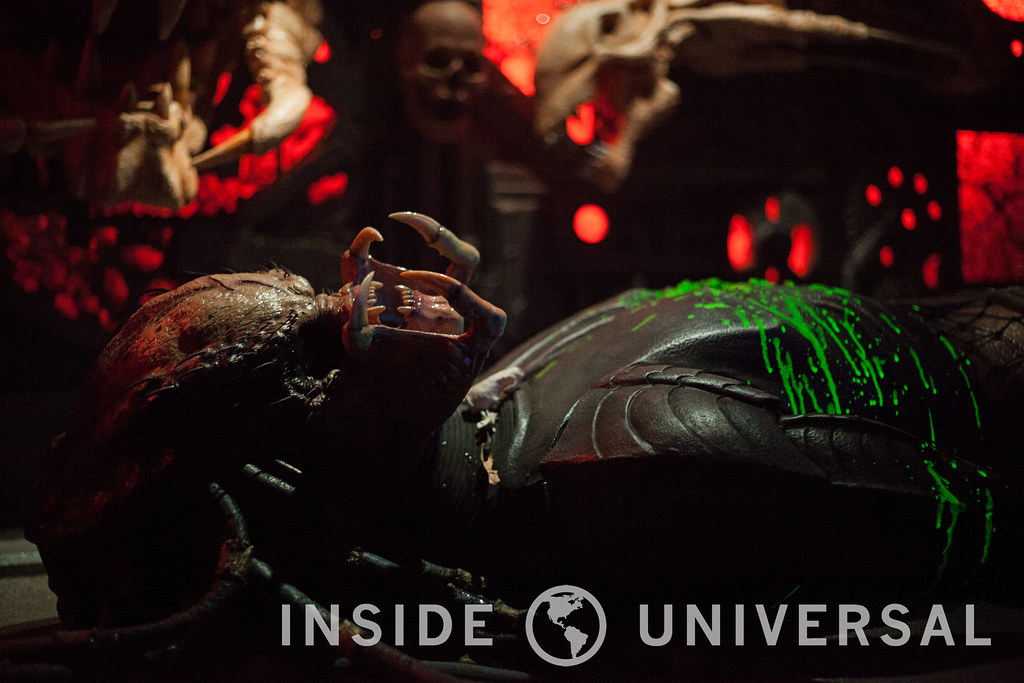 I still can’t say that this maze is one of my favorites, but it is still a high-quality maze that I believe fulfills the missing science-fiction genre from Universal Studios Hollywood’s Halloween Horror Nights events. With that said, I will be shocked if they decide to bring this version of the maze back again. However, I wouldn’t mind seeing a different imagining of AVP: Alien vs. Predator come to HHN. Bringing back the same exact maze from a previous year, despite how successful it was, quite frankly, seems lazy to me. I would love to hear your opinion on this matter! Do you think it was lazy to bring back the same maze this year or do you think it worked out?

That does it for my review of AVP: Alien vs. Predator! As always, thank you for making Inside Universal your number one source for Universal Studios Hollywood and Halloween Horror Nights 2015. Stay tuned as we wrap our series on HHN 2015 with Guillermo del Toro’s Crimson Peak: Maze of Madness. 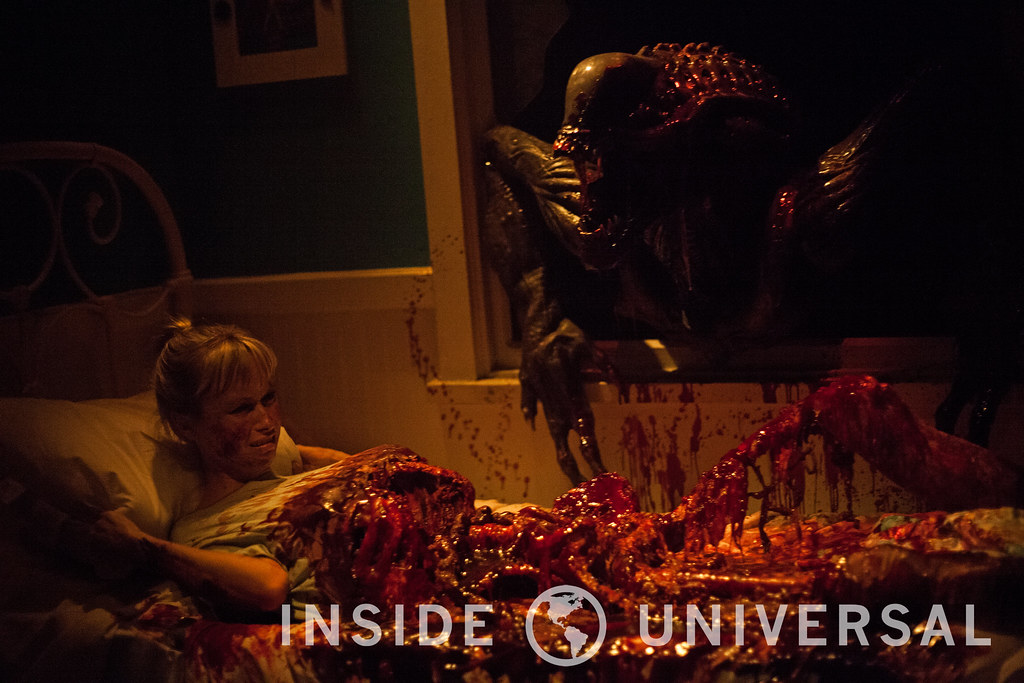 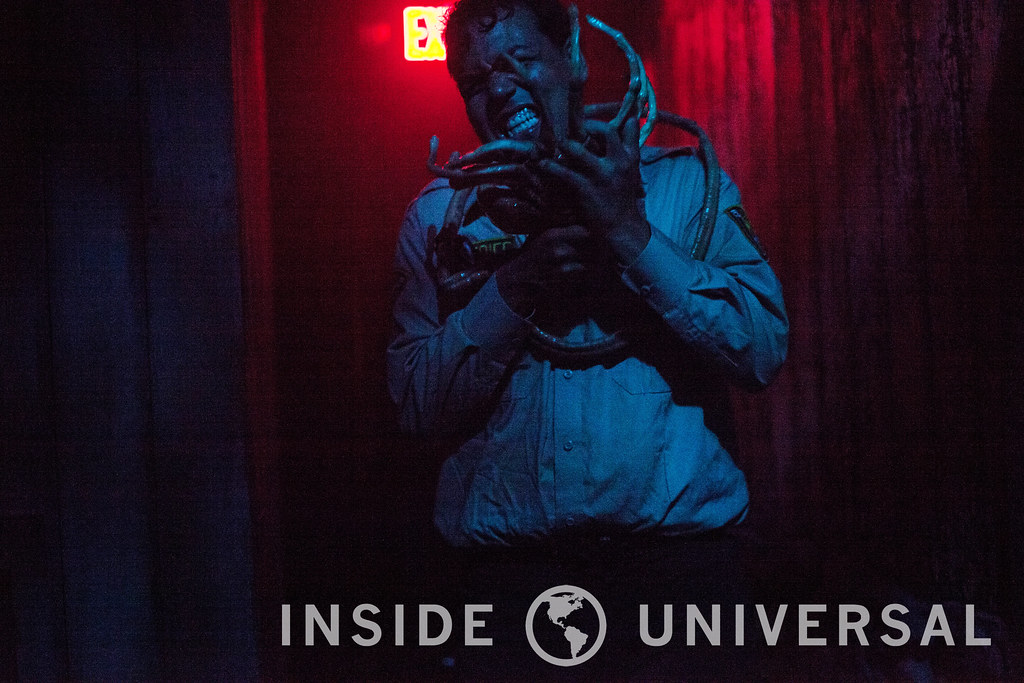 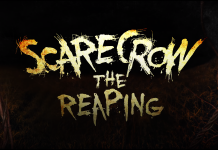 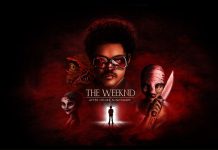