December 21, 2015 – In response to growing nationwide security concerns, Universal has begun the use of metal detectors located at the main gate in front of the entrance plaza.

Guests who enter the theme park may be subjected to an enhanced security screening, which includes the use of hand-held metal detectors. Selected guests will be guided to an additional security checkpoint next to the CityWalk Universal Studio Store within the entrance plaza, where guests will be screened by security personnel. These enhanced screenings operate alongside the existing bag check process. 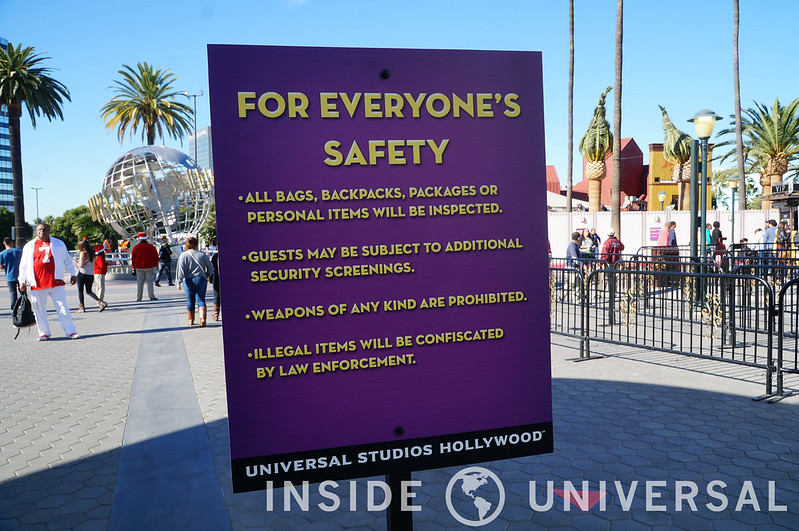 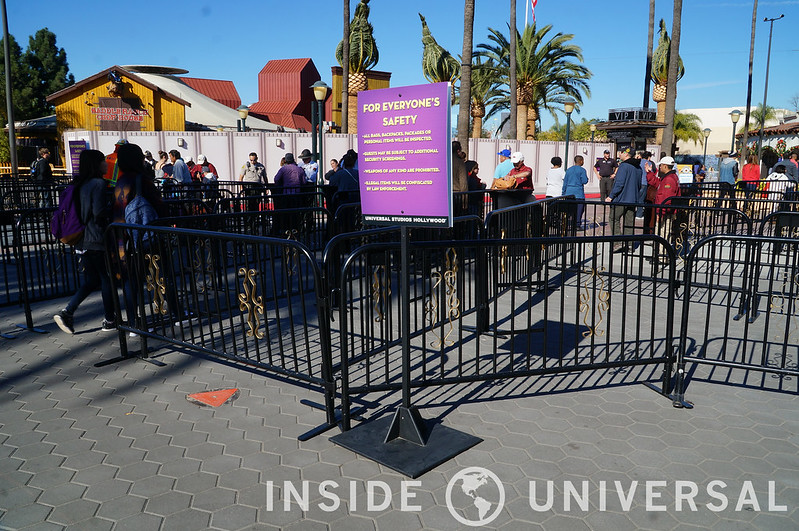 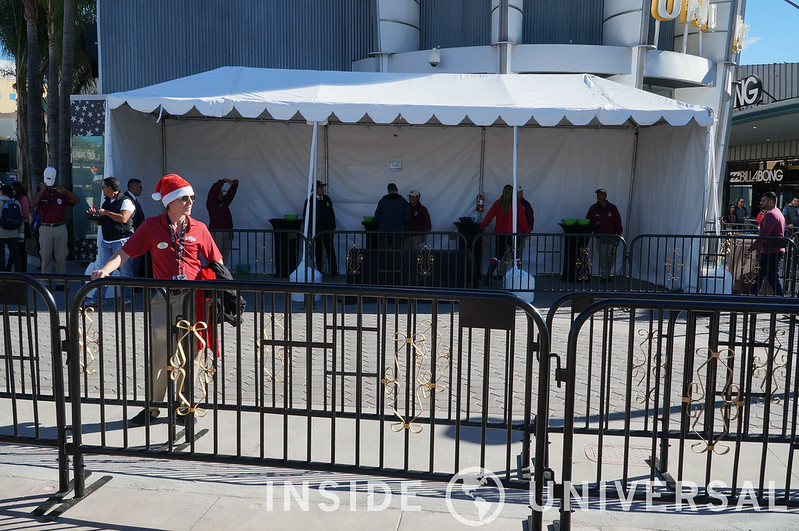