Offered to guests on park operating days that received more than 1/8 inch of rainfall by 2:00 PM, Universal allowed guests to request a complimentary return ticket valid for 30 days. Complimentary tickets may be quested from Guest Relations at any time during the day of visit.

Universal once touted this complimentary feature as the “world’s first-ever theme park guaranteed rain check,” assuring guests that most outdoor shows and characters would still be available in a modified form.

Despite the elimination of the rain day guarantee, Universal still offers complimentary hot chocolate and coffee during days with inclement weather.

With the Wizarding World of Harry Potter fast approaching, Universal may be hesitant to offer a complimentary ticket with an open-ended return date given the expected fluctuations in day-to-day attendance. Indeed, Universal’s newly revised website also hints at dynamic day-to-day pricing, with one-day ticket prices likely to change depending on crowd projections. 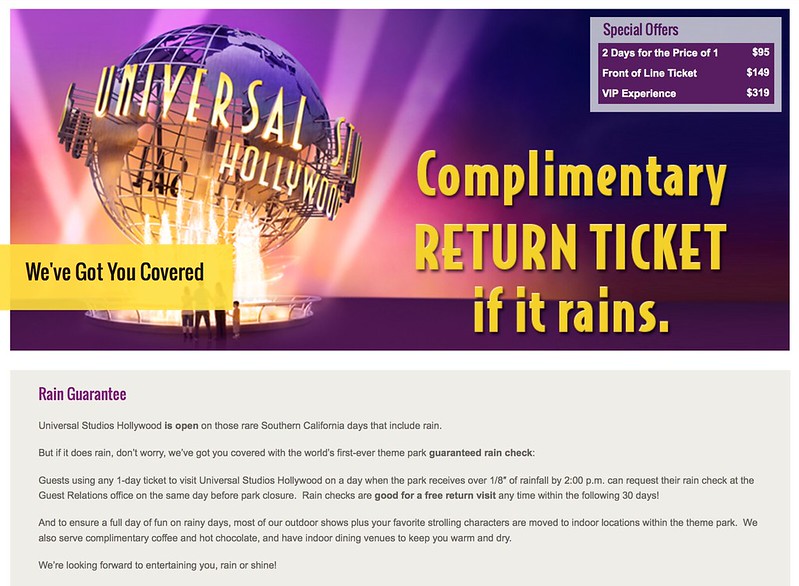