Universal and AMC have announced that a new The Walking Dead attraction will debut at Universal Studios Hollywood.

Featuring “landscapes, special effects, props, staging, costumes and makeup,” the attraction – titled “The Walking Dead Attraction” – is likely to occupy the back half of Universal’s latest expansion space, Universal Boulevard. While no definite announcement has been made concerning what type of attraction this is, concept art – included in the promotional video – suggest that The Walking Dead will be a year-round maze. The attraction is slated to debut this summer.

Universal has previously used The Walking Dead franchise as a theme for a maze at Halloween Horror Nights. Previously, the park hosted the year-round maze Universal’s House of Horrors which closed in 2014. 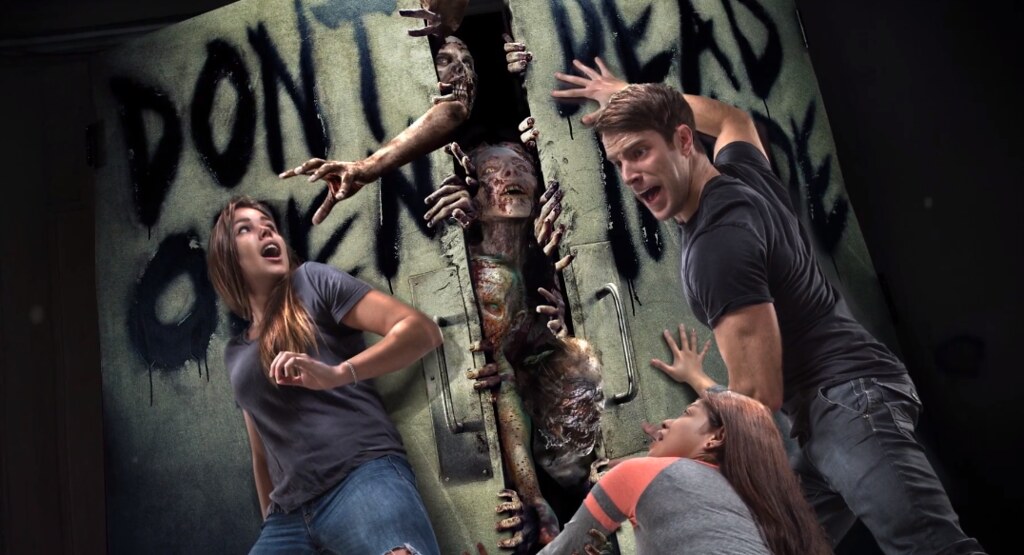 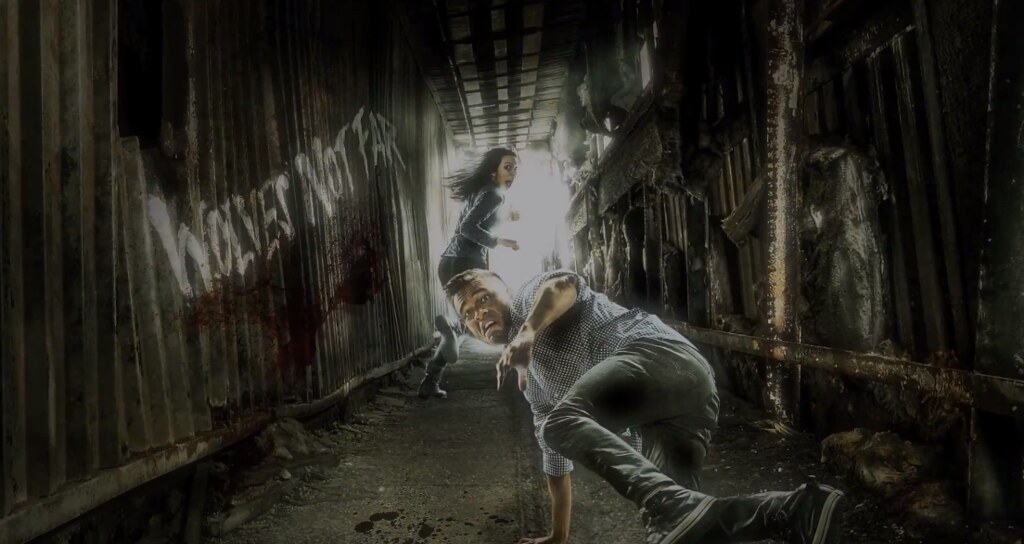 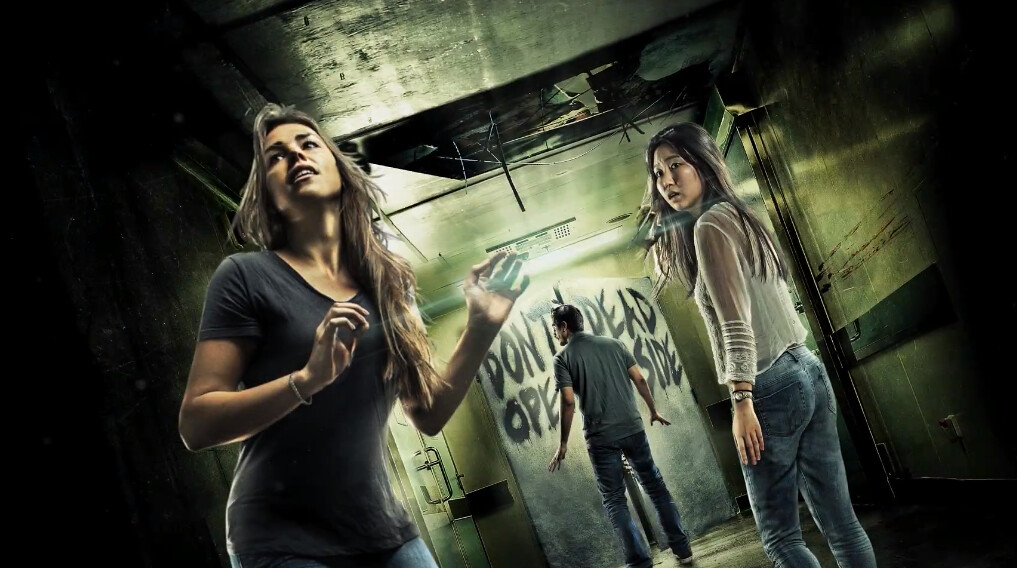 Universal Studios Hollywood has worked collaboratively with AMC’s “The Walking Dead” for years as a signature “Halloween Horror Nights” maze. This newly enhanced venture will take the highly sought-after experience from a seasonal, limited time offering to an authentic 365 day opportunity, raising the bar for themed walk-through attractions. For a look at what to expect when the attraction opens this summer, please click here.

To further elevate the authenticity of this new attraction, Universal Studios Hollywood is partnering with “The Walking Dead’s” creative team, including visionary executive producer and director, Greg Nicotero and his special effects company, KNB Efx. Greg’s team, responsible for masterfully creating the show’s realistic decaying walkers, will construct prosthetics, utilize original molds and painstakingly apply paint and detailing to the attraction walkers. The integral involvement of the creative team will not only inspire the emotional connection fans experience, it will be among the attraction’s key distinguishing characteristics that will define it as a living version of the show.

“The Walking Dead” attraction will create a no-holds-barred experience that significantly intensifies any other iteration previously developed within the theme park. Coupled with authentic walker make-up effects, sophisticated animatronic walkers, substantially more detailed set design and costuming, and highly recognizable props replicated from the series, the attraction will deliver an uncompromised realistic environment that brings guests even further into the most watched show in cable television history.

“’The Walking Dead’ is a phenomenon that has successfully and consistently affected the psyche of viewers on a global basis, since its debut,” said Larry Kurzweil, President of Universal Studios Hollywood. “We’re taking its intensity to the next level by collaborating with the show’s award-winning production team to create an authentic living representation of the series that can only be experienced at Universal Studios Hollywood.”

“We’re so grateful for our longstanding partnership with the talented team at Universal Studios Hollywood. We’ve shared a successful three-year partnership at Halloween Horror Nights and now this permanent ‘The Walking Dead’ walk- through attraction takes the relationship and the fan experience to the next level,” said Charlie Collier, President of AMC and SundanceTV. “Along with our great partners at Universal, it means a great deal to us to continue entertaining — and frightening — passionate, loyal fans of ‘The Walking Dead’ for years to come.”

The “The Walking Dead” attraction will be located within an entirely new, custom built structure, situated within an expansive building complex just inside the theme park’s main entry.

The past five years have been a remarkable time for Universal Studios Hollywood as the destination embarked on an unprecedented revitalization that has substantially altered over 75 percent of its familiar footprint to effectively characterize it as an entirely new theme park experience. The introduction of the all-new “The Walking Dead” attraction continues the theme park’s unparalleled investment in an ambitious epic transformation.

AMC’s “The Walking Dead” depicts the story of survivors in a post-apocalyptic world overrun by hordes of terrifying flesh-eating walkers. It is the #1 show on television among adults 18-49 for the last four years and in its sixth season, the most highly-rated show in cable television history.