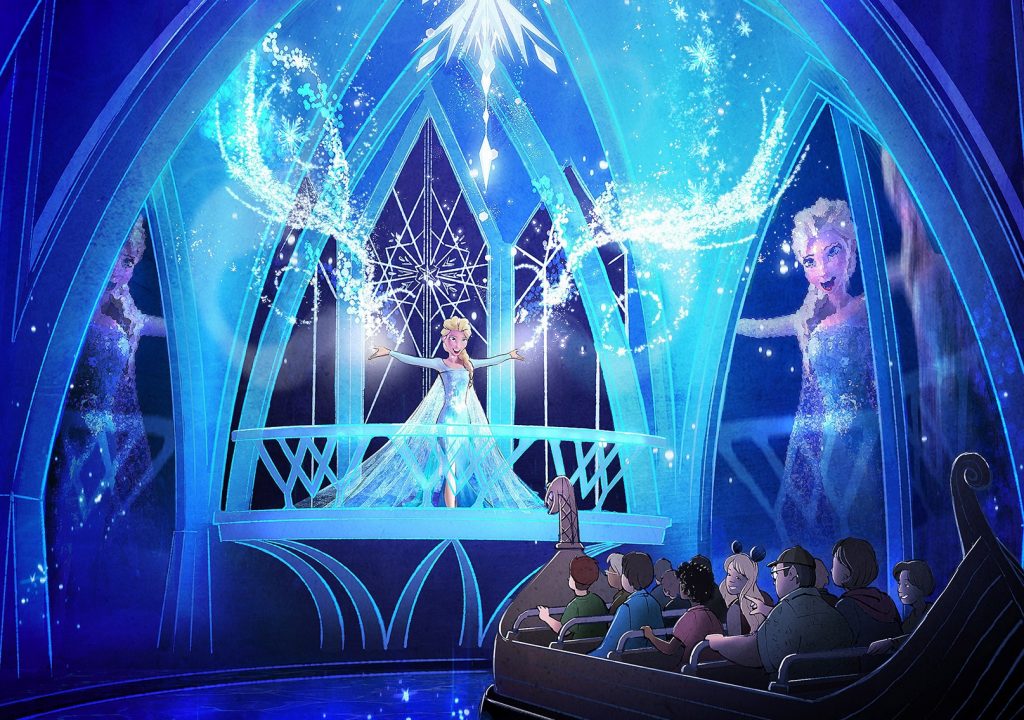 Walt Disney World has announced that Frozen Ever After located in the Norway Pavilion at Epcot is set to open in June.

Here’s a ride summary from the Disney Parks Blog:

Frozen Ever After will take guests on an adventurous boat tour through the kingdom of Arendelle. Once inside, guests will be transported to the “Winter in Summer” Celebration where Queen Elsa embraces her magical powers and creates a winter-in-summer day for the entire kingdom. Guests will pass Troll Valley on their way up the icy North Mountain to Queen Elsa’s Ice Palace, and later on return to the Bay of Arendelle.

Guests will also have the chance at meeting the characters in their new Royal Sommerhus greeting location immediately following the ride.