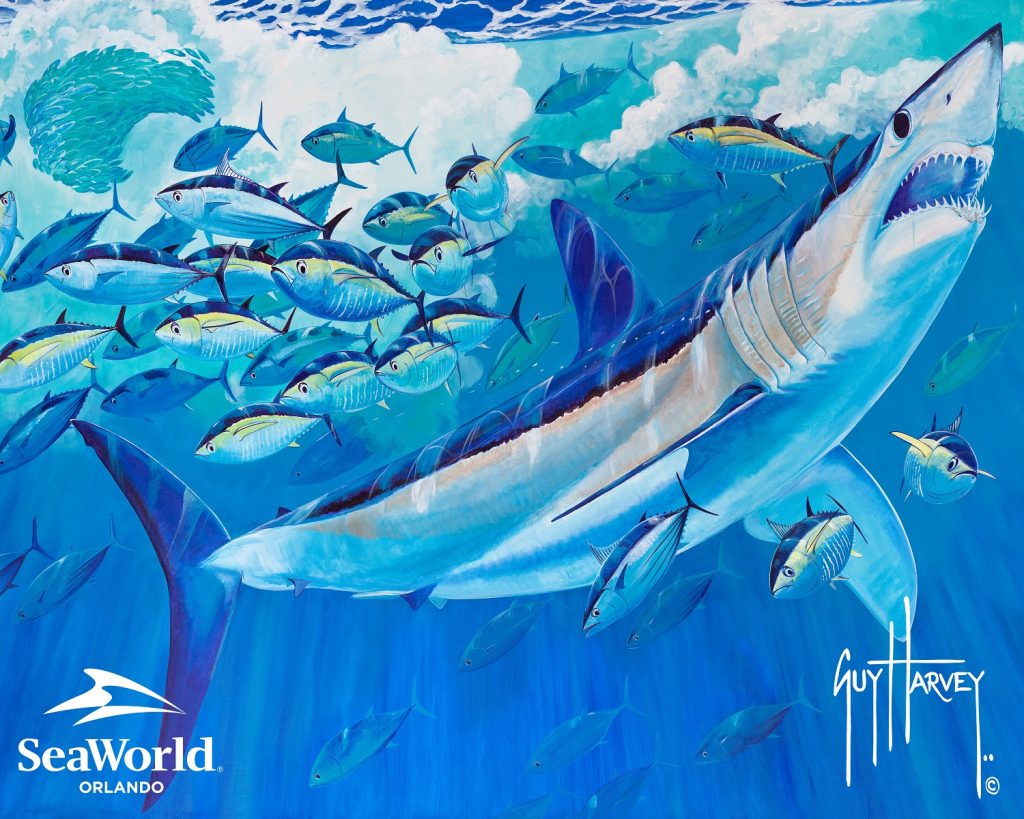 SeaWorld Parks & Entertainment and world-renowned marine artist and conservationist Guy Harvey today announced a new partnership focused on ocean health and the plight of sharks in the wild.  The two organizations will partner to raise awareness of these important issues, and collaborate on science and research to increase understanding of how to better protect these critical predators and their habitats.

“SeaWorld is committed to raising awareness of the plight of sharks in the wild and the oceans they live in.  As part of our commitment that we made in March of this year, we will put meaningful dollars, research and man hours towards reducing this troubling trend,” Joel Manby, President and CEO of SeaWorld Parks & Entertainment said.  “The Guy Harvey Ocean Foundation and Guy Harvey Research Institute have been front and center in this effort for years, and we are proud to open a new chapter in those efforts today.”

Research indicates upwards of 100 million sharks are killed every year in the global shark fishery. The Guy Harvey Research Institute estimates 73 million per year for the fin trade alone. Members of SeaWorld’s animal care team recently joined a Guy Harvey Research Institute shark tagging expedition off the coast of Mexico, tagging six Mako sharks over the course of four days.  Those tagged sharks will be followed by students and researchers at Guy Harvey’s Institute at Nova Southeastern University, and can be viewed by the public online at www.GHRItracking.org.

“The partnership with SeaWorld will ensure our ocean conservation messages and our efforts to protect Mako sharks reach a broader audience here in the United States and worldwide,” said renowned scientist, marine wildlife artist and conservationist Dr. Guy Harvey. “We are thrilled to gain the support of the SeaWorld team as we continue to bring educational initiatives and conservation efforts to life.”

In addition to the science and research efforts, Guy Harvey and

SeaWorld will also work together to increase public awareness about ocean health and the need for shark conservation.  SeaWorld’s new roller coaster, Mako, will be a major platform for this effort.  In the queue lines for the new coaster, guests will be educated and entertained through digital platforms that provide access to the real science of sharks in the wild and ways they can help protect them with Guy Harvey himself as the host.  Elsewhere in the realm guests will have access to real-time shark tracking and videos from Guy Harvey’s vast library of compelling and visually stunning shark expeditions.  Interactive materials will also share information about shark conservation and ways to get involved.

Guy Harvey will also commission an array of exclusive paintings and apparel, which will be available only at SeaWorld.  SeaWorld will donate a portion of the proceeds from the sale of such items directly to the Guy Harvey Ocean Foundation.  The world-renowned artist will be making park appearances, including the painting of a signature Mako mural for the attraction launch. 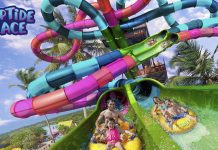 Riptide Race to open on April 3 at Aquatica Orlando 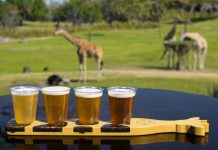 REVIEW – The Secret Life of Pets – Off the Leash! at Universal Studios...

Sydney Newman - April 12, 2021 0
After a year of intense anticipation for Universal Studios Hollywood fans, The Secret Life of Pets: Off the Leash! officially soft opened to guests...

Brian Glenn - April 12, 2021 0
Knott's Berry Farm has announced they are officially reopening on May 21, 2021, after spending the past year closed due to the Coronavirus pandemic. The...

Brian Glenn - April 10, 2021 0
Jurassic World reopened at Universal Studios Hollywood during the Taste of Universal event, offering guests its first look at some of the newly-updates scenes,...
© 2020 - All Rights Reserved - Inside Universal is not affiliated with Comcast, NBCUniversal, Universal Parks & Resorts, The Walt Disney Company, The Blackstone Group, or SeaWorld Parks & Entertainment. You may not copy, redistribute, publish, sell, or otherwise make the original contents of this website available to third parties unless you have received prior authorization from Inside Universal.
This website uses cookies to improve your experience. We'll assume you're ok with this, but you can opt-out if you wish.Accept Read More
Privacy & Cookies Policy