The Walking Dead Attraction is – in a word – perplexing. On one hand, Universal set out to replace what was an apparent void in the park’s lineup: a year-round haunted maze. On the other, Universal also set out to create an attraction that was more – dare I say it –inclusive to the general public.

For whatever reason (whether as an homage to the studio’s founding of the modern-day horror genre or as an apparent sample of the park’s annual Halloween Horror Nights event), Universal has held a year-round maze as part of its lineup for the last decade. Beginning with The Mummy and Van Helsing: Fortress Dracula and continuing with Universal’s House of Horrors, these year-round mazes were often seen as a cheap – though effective – way of keeping guests off the street. Maintenance costs were minimal, and Universal could plus the venue up for its annual Halloween Horror Nights event without having to invest in a separate temporary build-out. 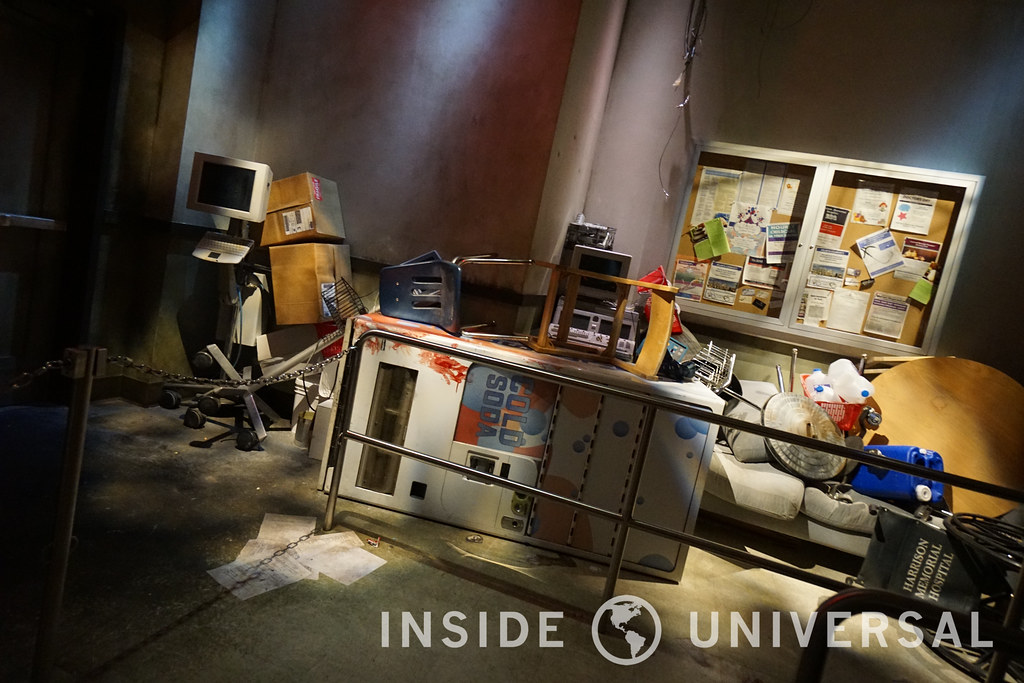 While these year-round mazes were certainly fun in their own quirky way, they were also part of Universal’s image of a crazed park lacking a central theme or identity. Simply put, Universal was the sum of its attractions, and no pretenses about holistic theming were made. After all, Universal Studios Hollywood is the world’s largest movie studio and theme park – a catch all that gave executives creative freedom to essentially add whatever they wanted in whatever location was most convenient. Never mind the fact that Revenge of the Mummy and Jurassic Park are directly across from one another. Universal is – after all – a movie studio, and cohesive theming doesn’t need to make sense on a Hollywood backlot.

Of course, all of this changed with the introduction of Despicable Me: Minion Mayhem and the adjacent Super Silly Fun Land play area. These were Universal Studios Hollywood’s first attempts at creating an actual land – an attempt that would eventually culminate with the opening of The Wizarding World of Harry Potter. Gone was the hodgepodge backlot feel and in its place, comprehensive theming meant to immerse guests under a central theme. Just look at the park’s new entrance as a prime example of a singular vision carried out on a somewhat sizable scale.

“Why is The Walking Dead Attraction situated in Baker Street?”

…which makes the addition of The Walking Dead Attraction all the more perplexing. Atrocious name aside, The Walking Dead seems like an apparent step back away from Universal’s unifying goal of cohesion. Why is The Walking Dead Attraction situated in Baker Street, and how on earth did a helicopter land so carefully between two structures – one of which wasn’t even fully fleshed out (again, the notion that Universal is a studio creeps back in). More importantly, how does The Walking Dead fit among Universal’s latest additions? From an observer’s perspective, Universal has made strides in the name of family entertainment. Transformers, Despicable Me and The Wizarding World were all seemingly designed with families in mind. Why the apparent step back with a franchise known for gruesome and horrifying images? 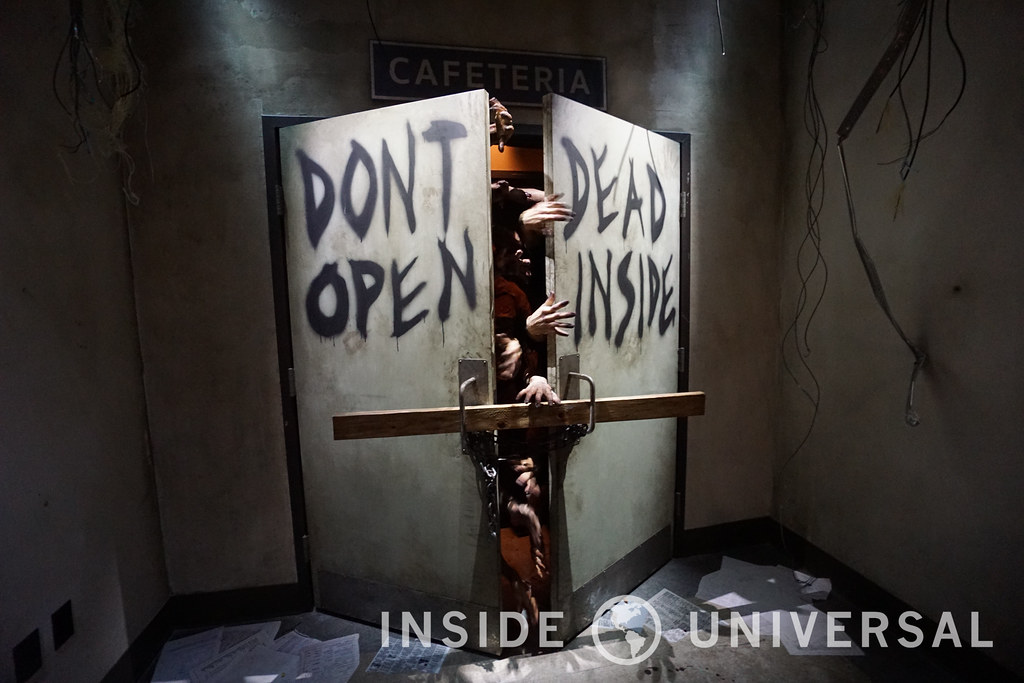 All these questions aside, The Walking Dead Attraction is – without a doubt – an impressive walk-through maze. As a direct contrast to Halloween Horror Nights, Universal took advantage of a permanent building to create full-fledged scenes that aren’t constrained by temporary one-story structures. While not monstrously large, the sets featured in The Walking Dead are big enough to warrant its permanent home inside Universal Boulevard.

Guests pass underneath a crashed helicopter, and enter the dilapidated Harrison Memorial Hospital featured in the television show. As a huge fan of dystopian fantasies, the hospital queue satisfies in every way. Blinking florescent bulbs? Check. Scattered equipment? Check. A haunting radio message? Check, check and check. Outside of the Wizarding World, The Walking Dead Attraction is Universal’s best queue effort to date.

Without going through a detailed play-by-play of every scene (which you can find here), The Walking Dead attempts to strike a balance between starting scares and keeping daytime guests entertained. For one, scare actors within the maze are usually visible before you enter a scene, and two, the expansive scope of most of the scenes contrasts with the claustrophobic nature of most Halloween Horror Nights mazes. Translation: actors here aren’t as in-your-face as their Horror Nights counterparts.

“Universal appears to have emphasized interior immersion above all else”

For the most part, Universal appears to have emphasized interior immersion above all else – a skew that I personally welcome after decades of repetitive in-your-face effects at the park’s annual Halloween event. Unlike Horror Nights mazes that attempt to usher you through as quickly as possible, The Walking Dead Attraction encourages guests to take a somewhat leisurely stroll through the franchise. At least during my walkthroughs, guests frequently stopped to take in specific scenes without team members intervening – an almost unheard sight in other Universal mazes (and a welcome one at that). If course, this might be a mandate from above considering the relatively short length of the maze.

As for the scenes themselves, Universal uses a mixture of live actors and animatronics to recreate some of the gruesome characters from the television show. The actors are – as always – incredibly impressive, while the animatronics are simply fine for what they are. 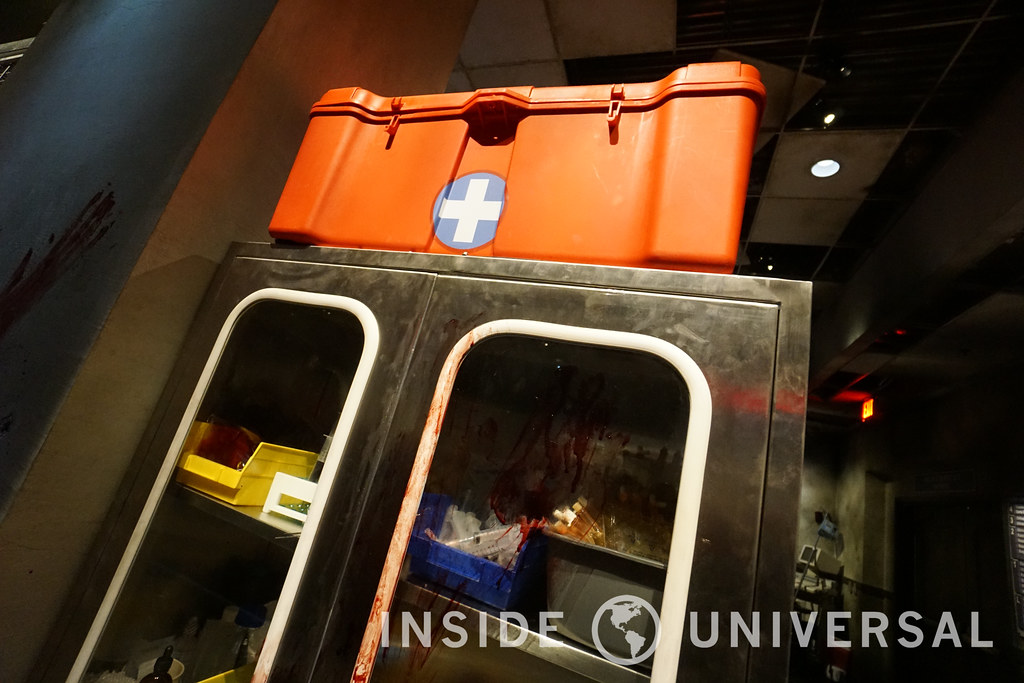 …which sort of sums of The Walking Dead Attraction as a whole. The attraction is simply fine – nothing more, nothing less. To Universal’s credit and restraint, the park has pushed out a muted campaign for their latest addition, creating tapered expectations for what could be misconstrued as a major ride. No doubt after the deceptive Fast and Furious campaign, Universal would stand to lose even more to advertise yet another addition as a major ride.

Now, back to my original question – why create an attraction based on The Walking Dead? While I’m sure there’s an undeniable interest in the franchise, adding an attraction – a walk-through maze no less – based on a gruesome television series flies in the face of what the park has been doing for the past six years. More annoyingly, the attraction seems to perpetuate the notion that Universal is still a hybrid movie-studio and theme park in an age when such a concept simply doesn’t work. Universal has admitted as much, tearing away mismatched zones in favor of unified themes – an accomplishment they’re quick to point out in numerous press releases. The fact that Universal Boulevard was built with The Walking Dead in mind makes the attraction’s unfinished façade even more perplexing.

“In a theme park this small, you can’t be something to everyone and expect to have a balanced, full-day roster.”

In the end, I have to ask what exactly is Universal’s end goal? In a theme park this small, you can’t be something to everyone and expect to have a balanced, full-day roster. Placing Despicable Me and The Walking Dead on the same street is puzzling, and it makes me think that Universal is regressing back to its catchall studio persona.