All advance tickets, now on sale, are discounted. Prices increase after September 19th and at the door. In advance, three day passes are $60, one day passes on Friday and Sundayare $30, and one day passes on Saturday $35. VIP Packages are $199 and include early entry to all three days, raffles, T-shirts, autograph line fast-pass, exclusive VIP party access on Saturday night with guest celebrities in attendance and a special cake designed by Eric and Patty Woller, two-time champions of Food Network Cake Wars. Tickets for children under eleven years old are free. 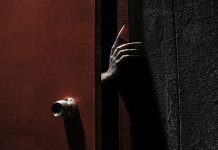