It all began in the late 1950s when Harold Kappowitz entertained children of all ages as his alter ego Koodles the Clown. Over time, circus attendance dropped and the portrayal of clowns in the mainstream media had become negative, turning the friendly concept of clowns into that of scary creatures. Once he lost his circus career, Kappowitz became the unofficial mascot of Universal Studios Hollywood till the 1970s when he became an unpaid street performer.

Kappowitz became unstable and psychotic, scaring guests, being violent, and succumbing to sudden outbursts that resulted in his permanent removal from the property. Kappowitz fled to the Hollywood Hills in an act of seclusion. As time progressed, his former ego – Koodles – was slowly ceasing to exist and from its ashes came a new alter ego known as Hollywood Harry.

Decades later, the animal population on the lot has dwindled and tour guides began to go missing. In the summer of 2016, Hollywood Harry came out from hiding and authorities have reported sightings of the dangerous clown within the city of Los Angeles and have also linked him with multiple kidnappings on the Universal lot – a lot you’re about to traverse.

Welcome to this year’s Terror Tram. 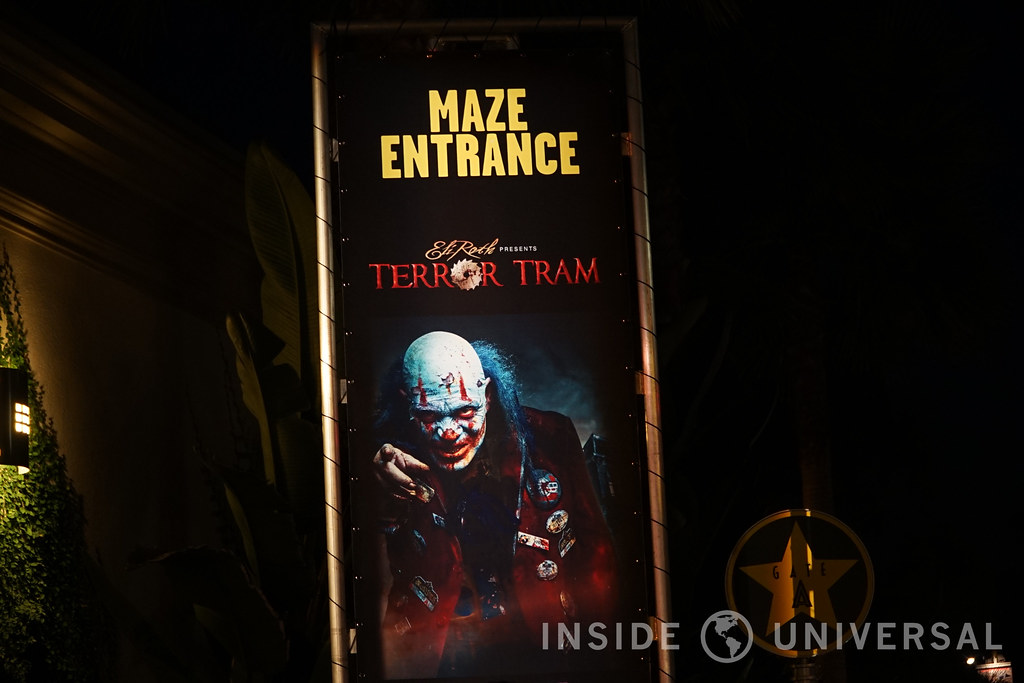 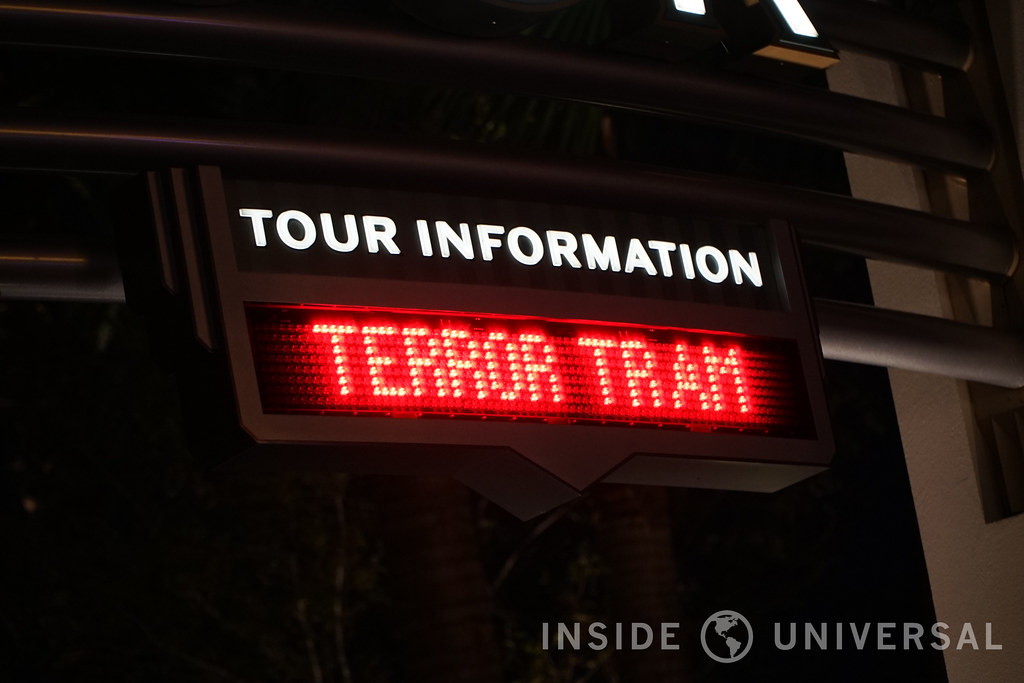 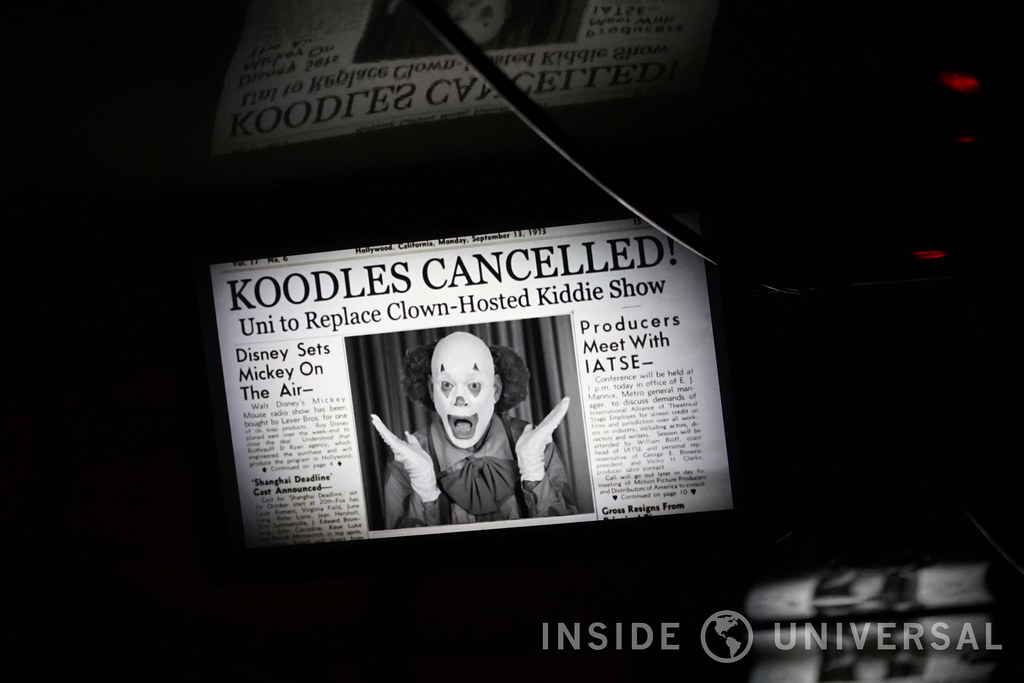 This year’s Terror Tram presented by Eli Roth will take you right into the backlot lair of Hollywood Harry and surround you with a horde of demented clowns.

As you board the Tram, this year’s backstory is revealed in a documentary piece that sets the stage for this year’s production. Produced by Crypt TV, the short Studio Tour clip is a smart mix of horror and comedy, exposing Hollywood Harry to guests in the short amount of time it takes for the tram to traverse to the backlot. Compared to trailers from The Walking Dead or The Purge, it’s refreshing to see an original concept shown to guests that may compel their interest with new content that they’ve yet to see.

As guests reach the backlot, Hollywood Harry is front and center ready to greet them with his signature black balloons and bloody knife – a wonderfully simple yet foreboding image that exploits everyone’s universal fear of clowns. Of course, beyond Hollywood Harry’s introduction, much of the Terror Tram remains the same, with a traditional chainsaw rush (this time with clowns!) towards the tram. 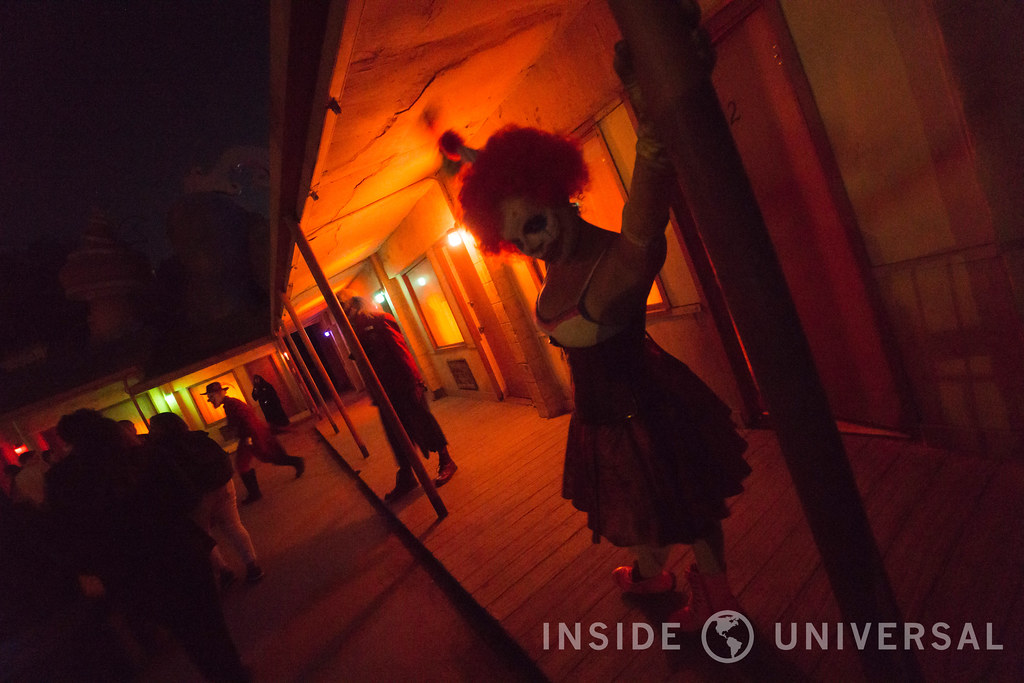 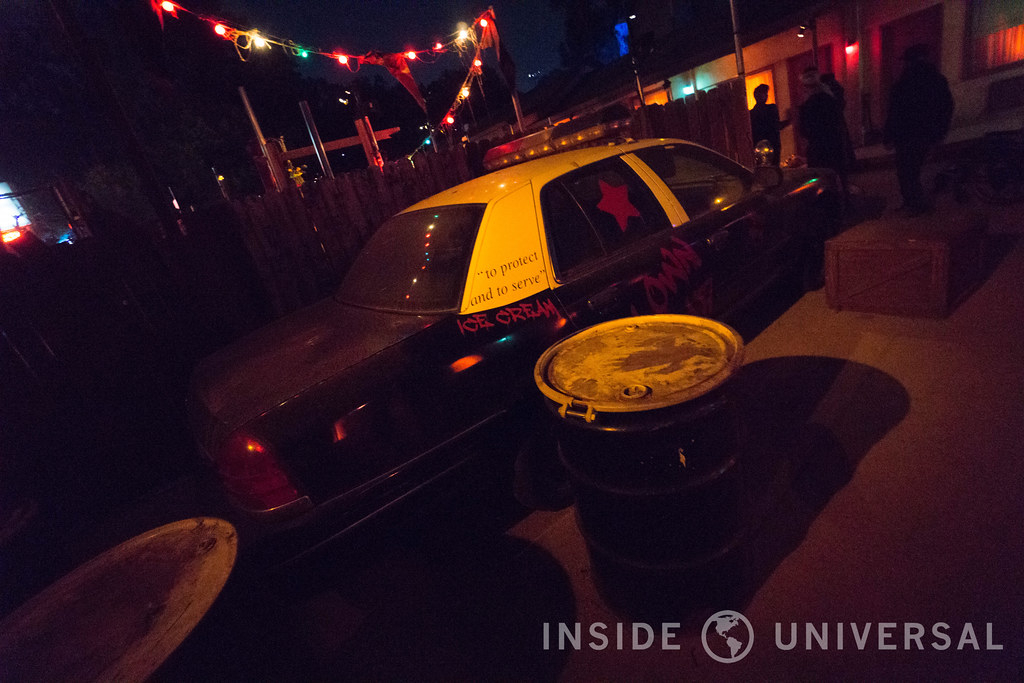 For those who lament the typical length of the Terror Tram, this year’s walking route is a bit shorter and completely bypasses the dirt trail that winds along the side of the hill. Don’t worry; you’ll still walk past Whoville, Bates Motel, and the plane crash site from War of the Worlds.

Many of the clowns are unique and carry their own personality as well. From a pimp clown with a cane strutting his stuff on the motel walkway, to clowns playing a vicious game of operation as he uses a living victim as his game board, the theme of Hollywood Harry encompasses of variety of different motifs and themes. Indeed, despite the tried and true trope of corruptible clowns, Hollywood Harry’s gangs are amusing and there is delight in seeing their innocence lead to assault. 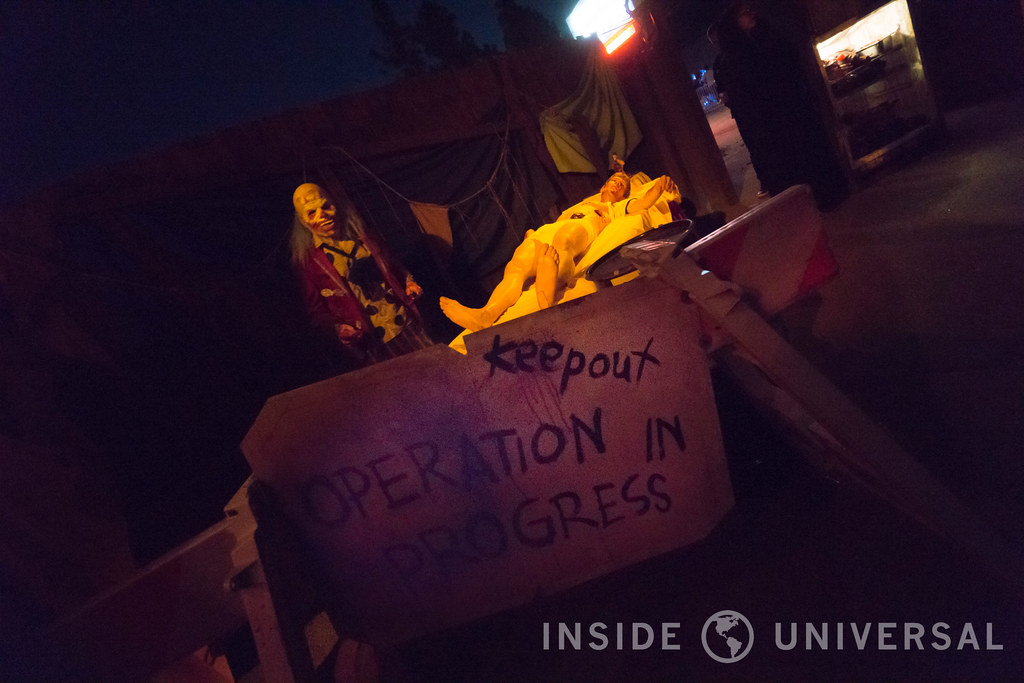 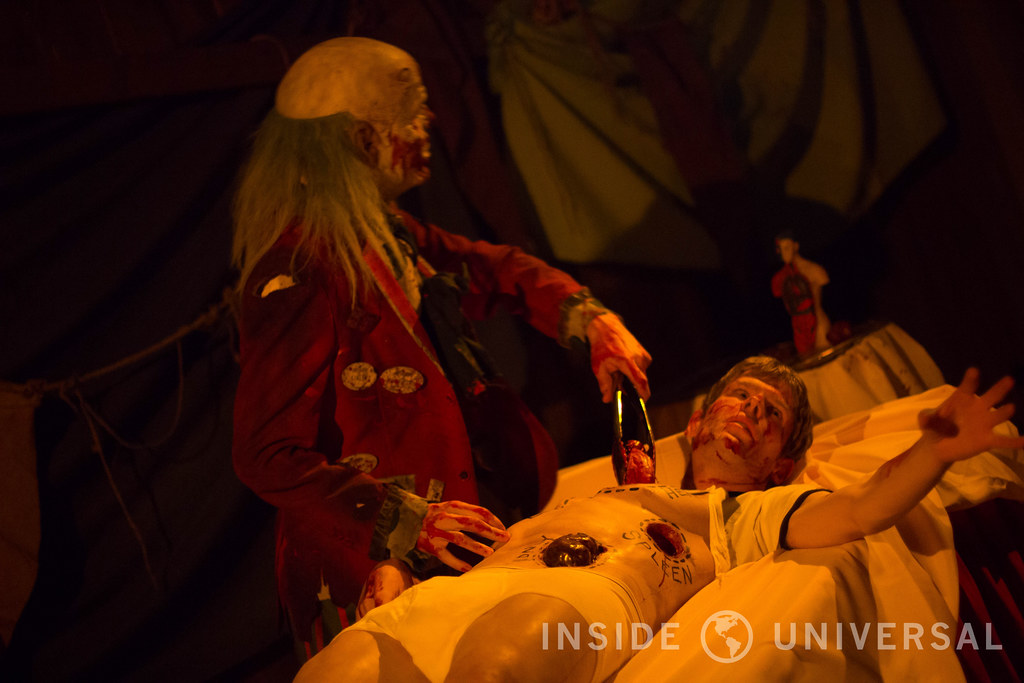 Another change this year is the addition of confined scare zones.

Storage containers have been carefully laid out in order to keep sections of the experience a little more intimate, creating a scare-zone-esque atmosphere that contrasts heavily with the spread out nature of previous Terror Trams. The enclosed areas feature more of a freak show like atmosphere with grotesque surgeries being performed by clowns that combine animal and man, and we have to say, it’s quite effective.

With all these positives in mind, we’ve heard reports of rampant overcrowding to and from the Terror Tram. The confined scare zones that we mentioned above seem to be prone to overcrowding, creating queues for guests wanting to enter and leave this year’s trail. Whatever the solution, do keep this in mind if you wish to push the Terror Tram towards the latter half of the night. 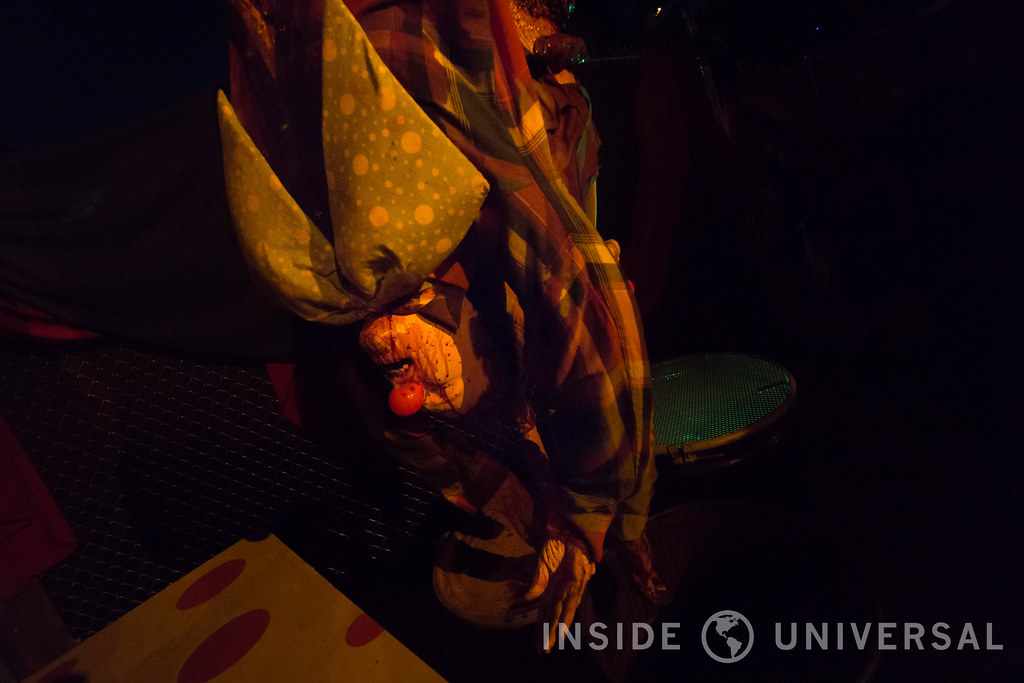 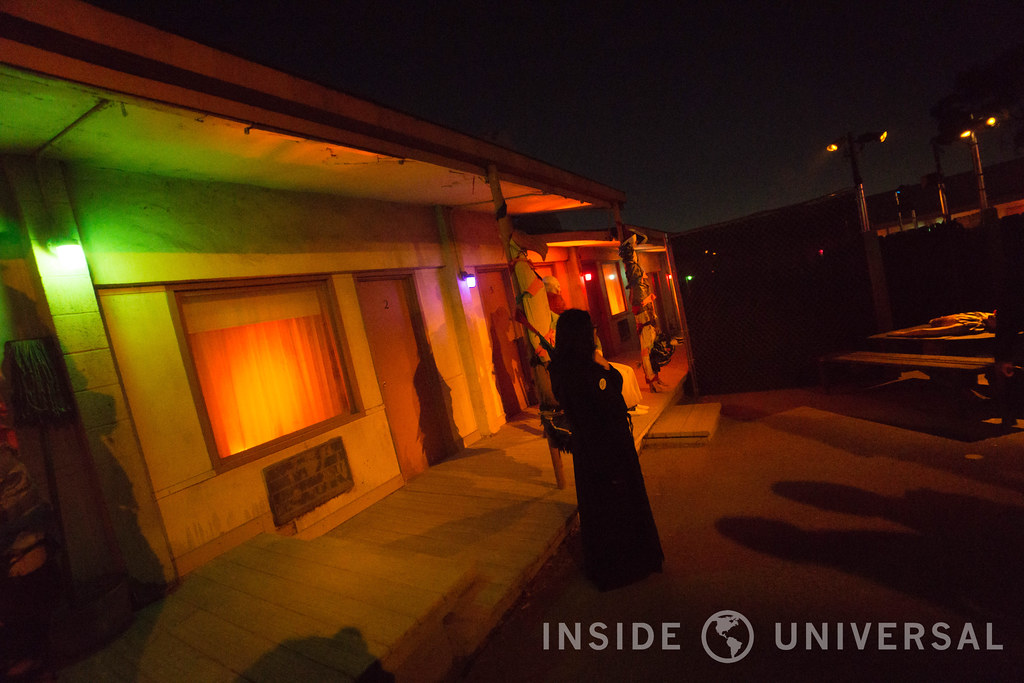 As for the character of Hollywood Harry, the demented clown seems to bare some similarity with The Director, who – back in 2006 – resided on the Universal backlot after Universal executives were repelled by his all-too-real horror film. And like Hollywood Harry, The Director – otherwise known as Paulo Ravinski – vowed to enact revenge on whoever roamed the Universal backlot. Ravinski was indeed a fan favorite, so it may be interesting to see how the Horror Nights community takes to Kappowitz/

All in all, this is the first original concept for a Halloween Horror Nights experience in quite some time, and a welcome one at that. And while the same fundamental aspect of the Terror Tram remains the same, having a new story to uncover is a fun experience that breathes some welcome new life in this Horror Nights staple. The original story, new path, and the increased amount of enclosed areas make this a notable experience, and hopefully we get to see more of Hollywood Harry in the future.

Just be mindful of crowding. 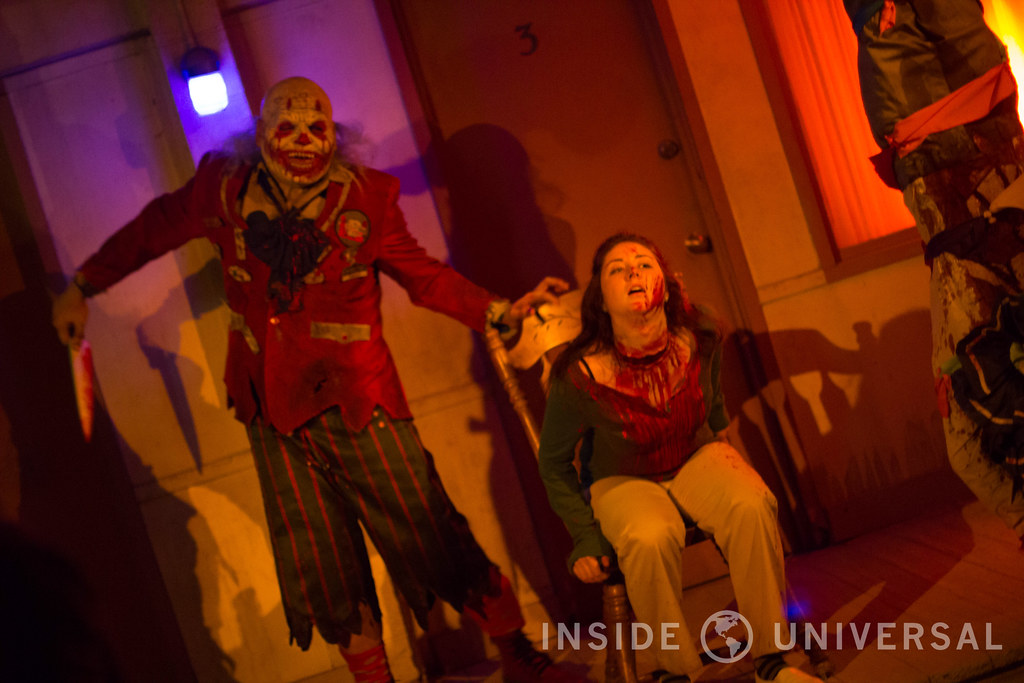 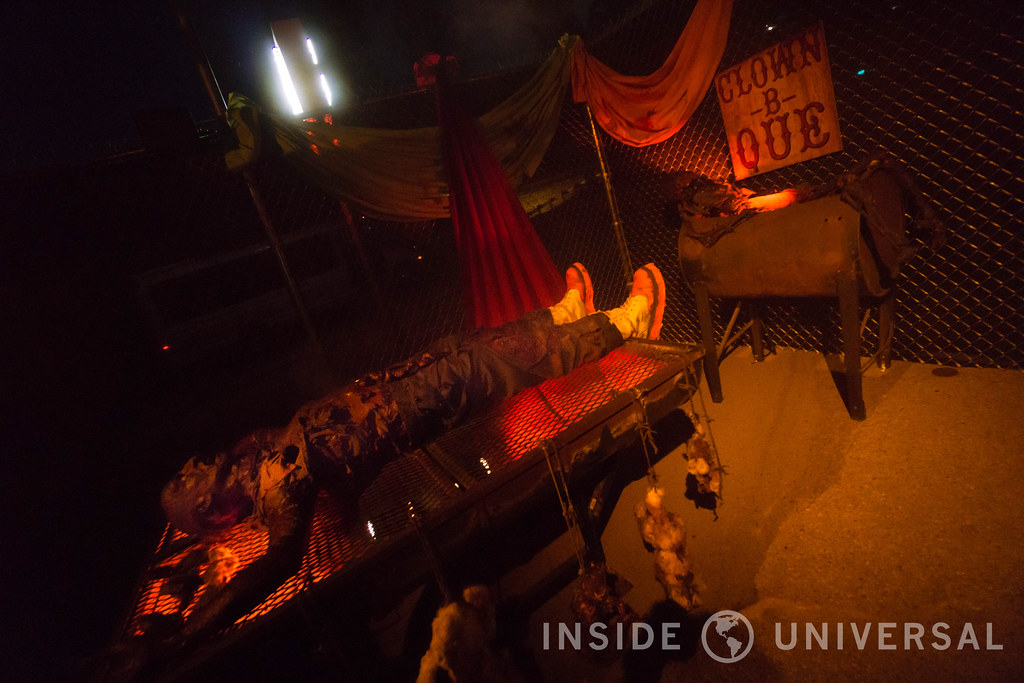 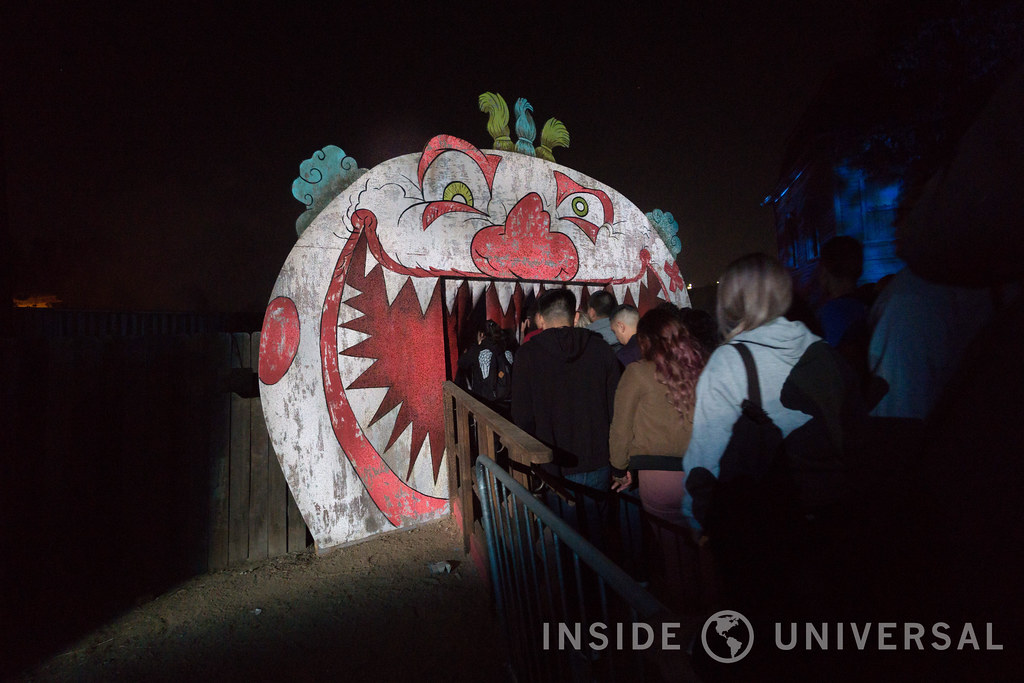 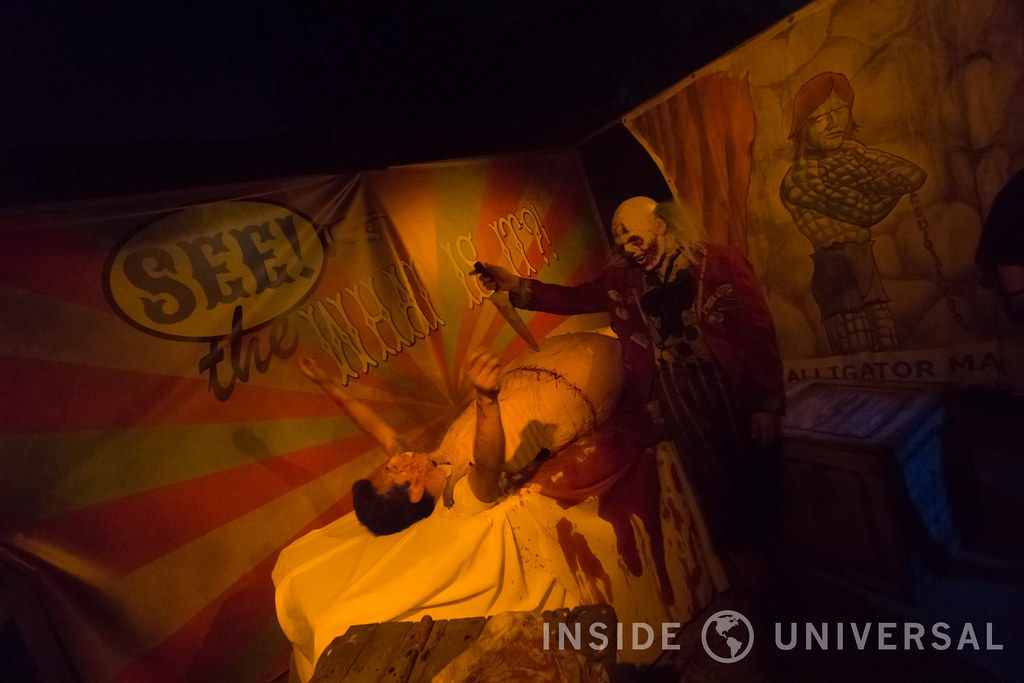 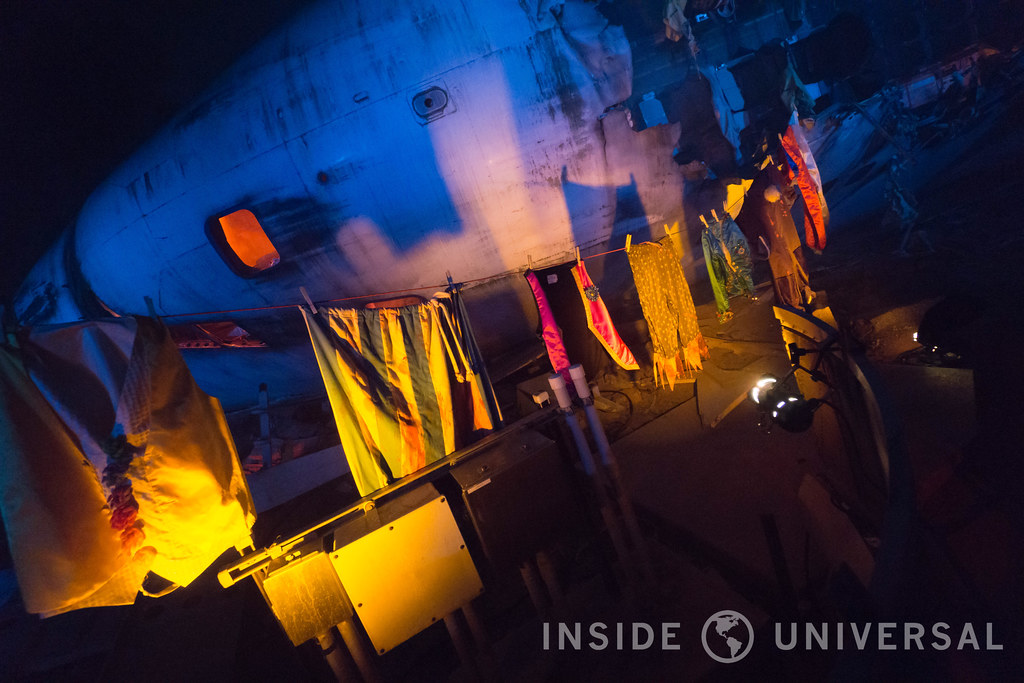 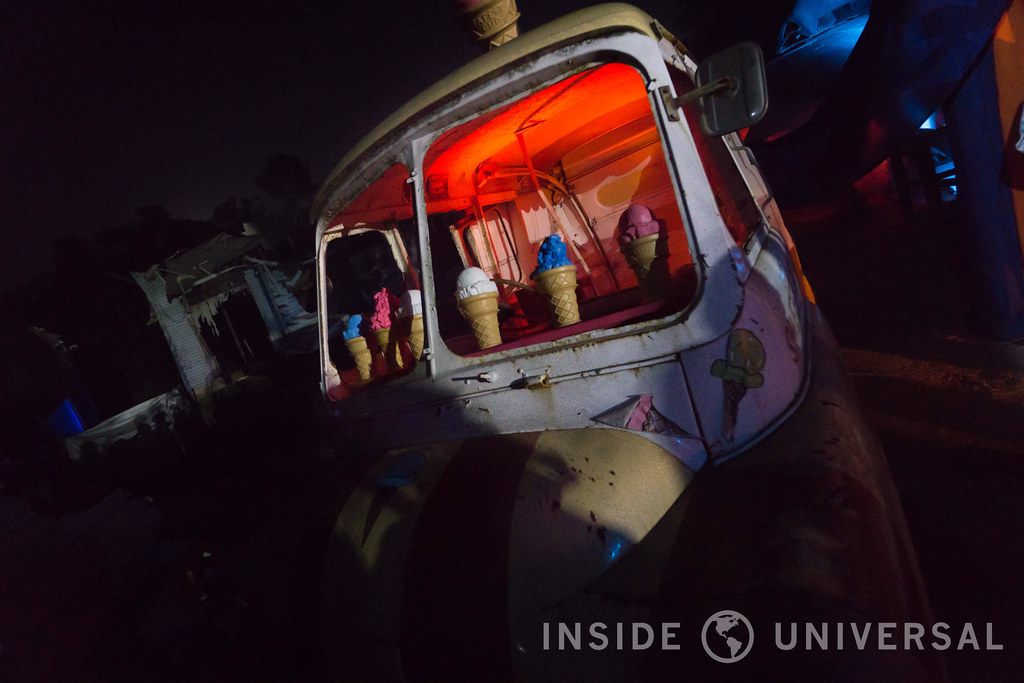 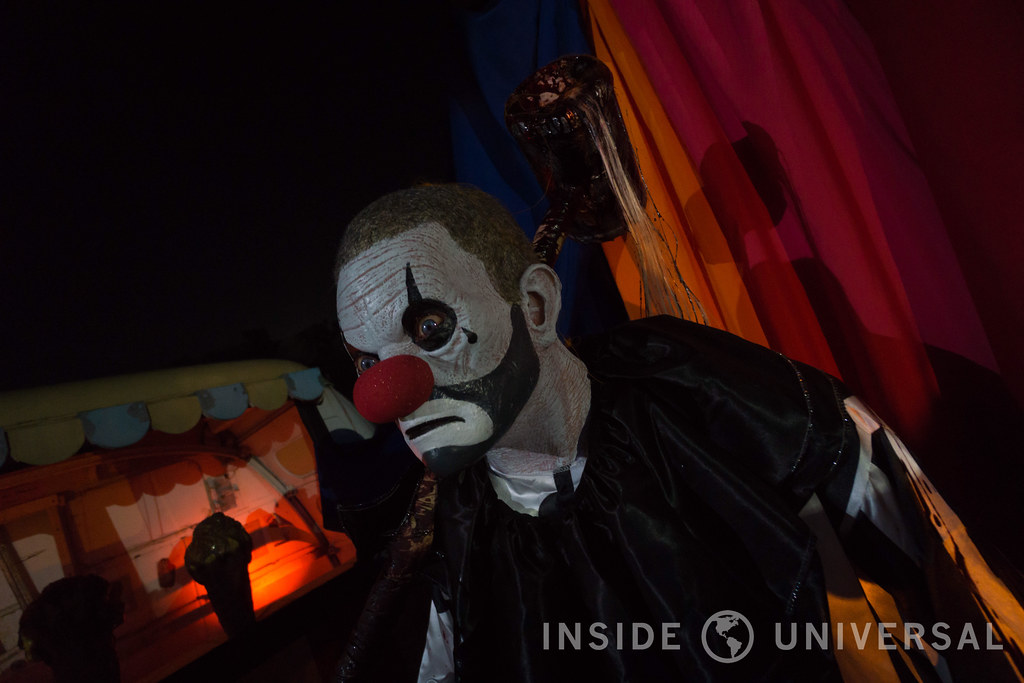 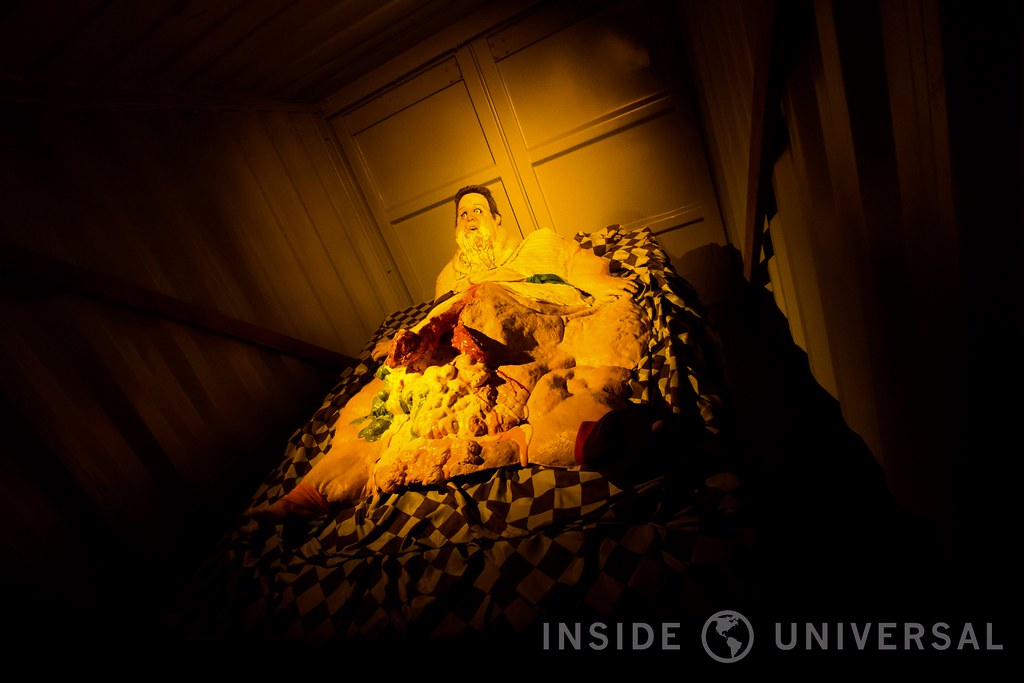 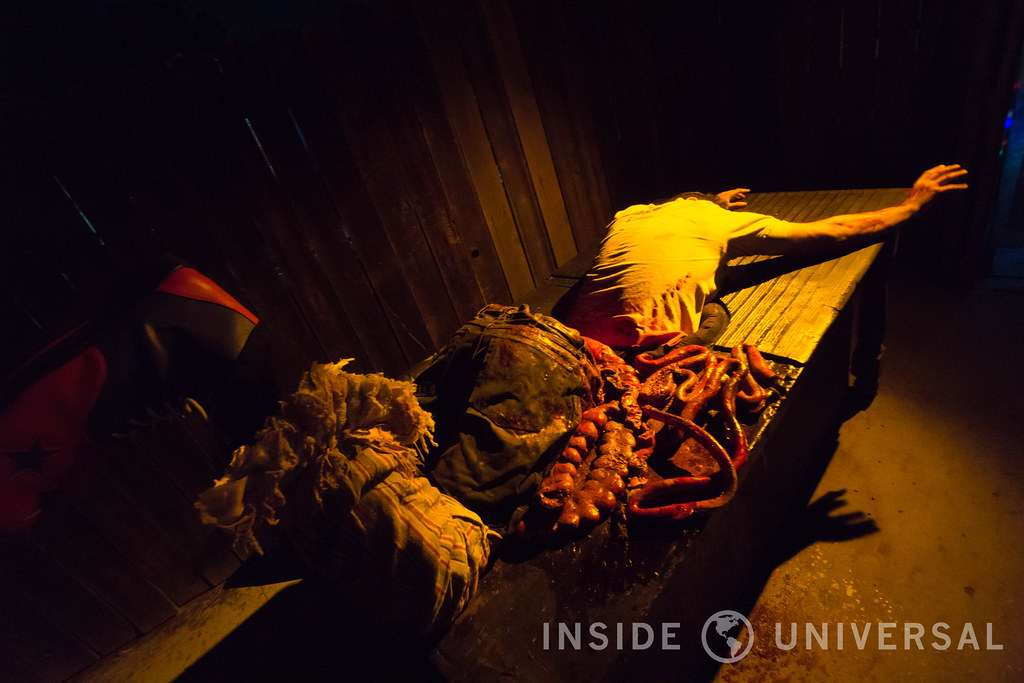 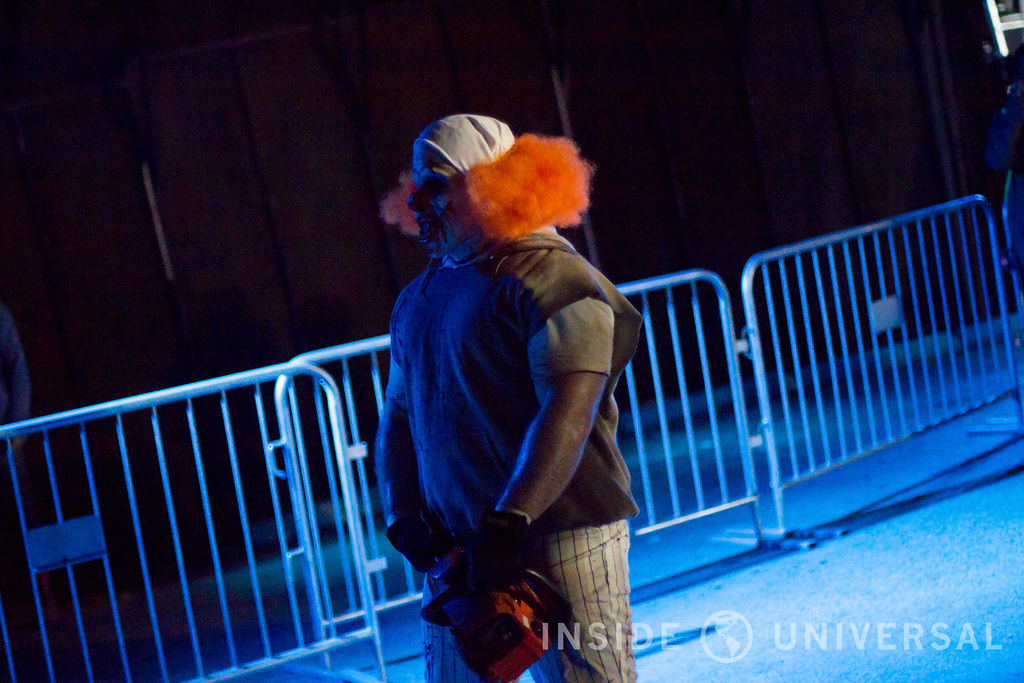 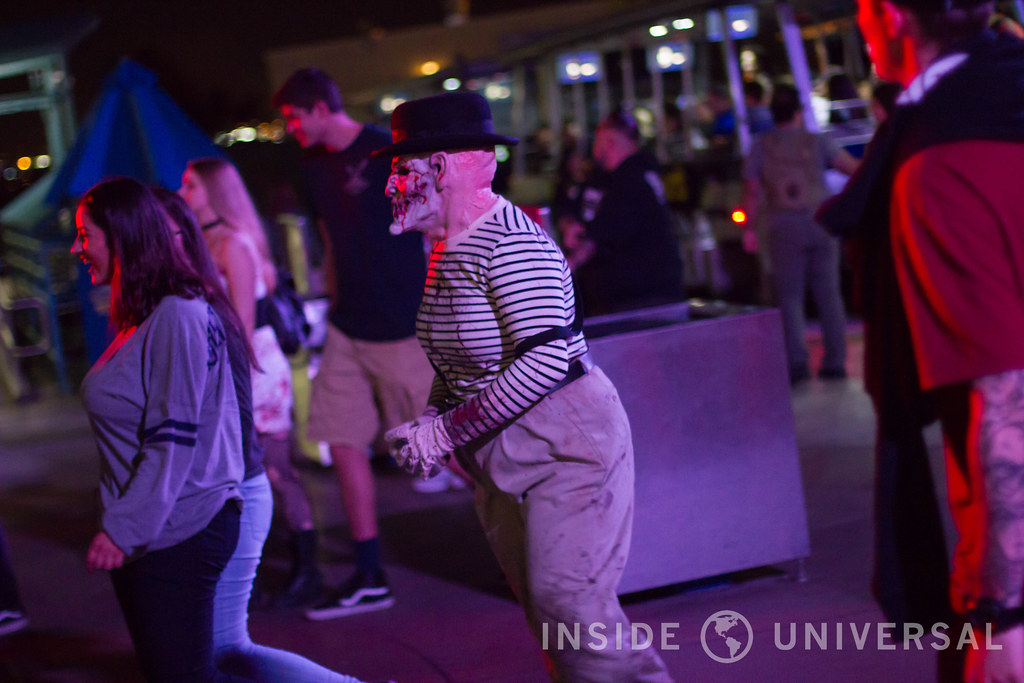 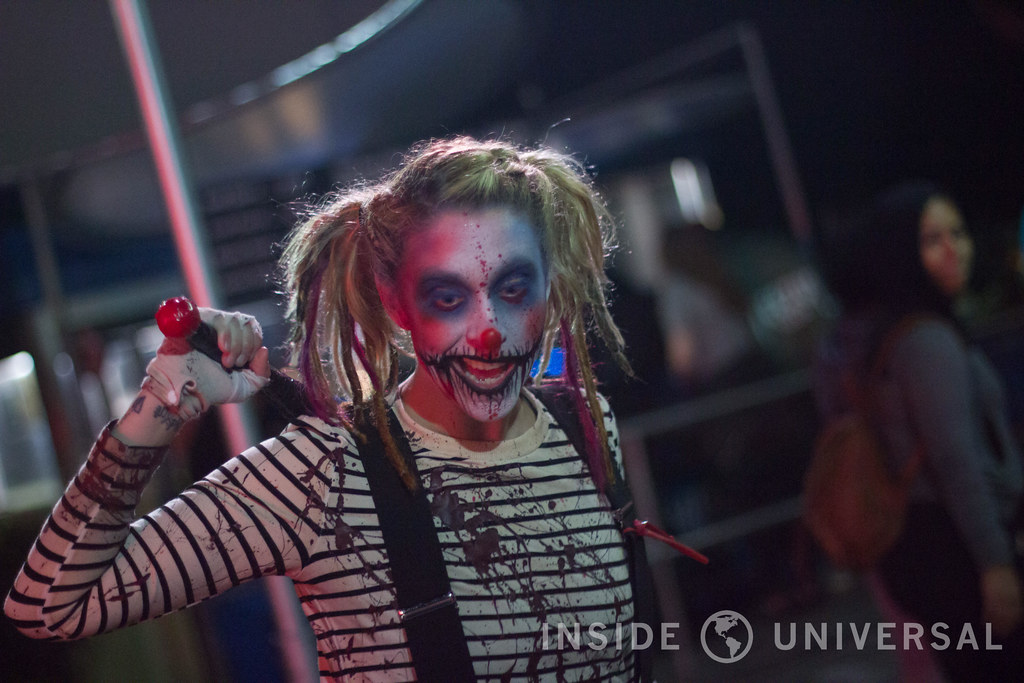