An old Catholic priest named Father Merrin is on an archeological dig in Iraq and begins to feel a sense of dread as he stumbles upon forewarning omens and unearths an artifact with figure of the demon called Pazuzu alongside a coin with unusual markings.

Meanwhile, a 12 year-old girl named Regan relocates with her actress mother to Washington D.C to film a movie. The once sweet and innocent girl begins to act strange, reciting incantations, becoming violent, and appearing to have seizures. Many neurological tests are performed but doctors cannot even begin to explain what is going on with the young girl. As Regan’s condition worsens, her mother seeks the help of psychiatrists who reluctantly suggest that an exorcism may be in order.

This is The Exorcist. 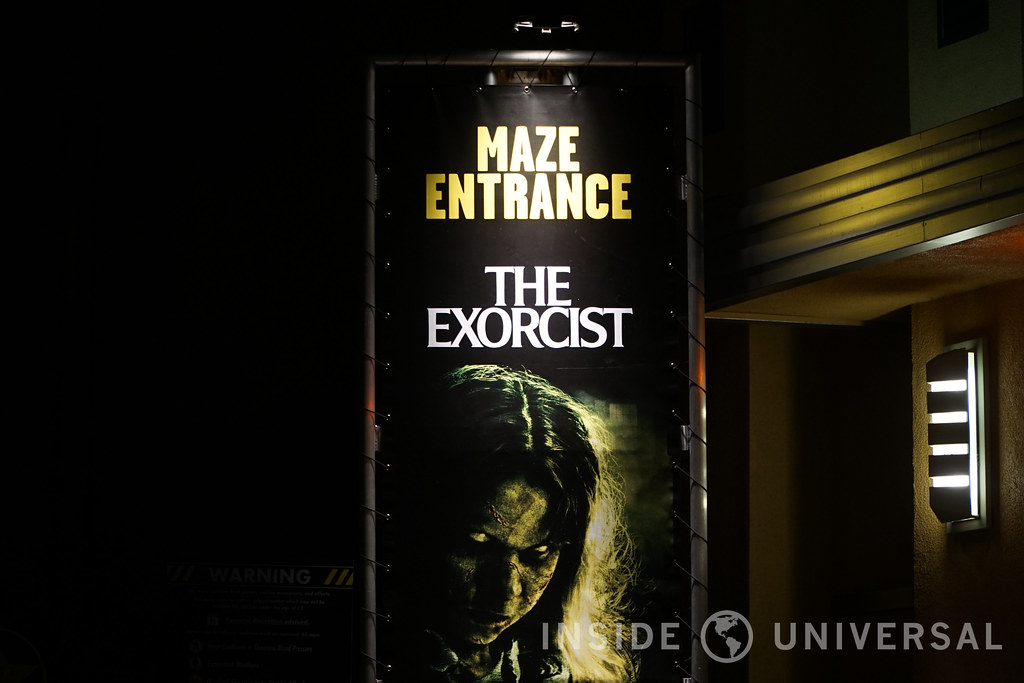 Some say The Exorcist is the scariest movie ever created. Does the maze live up to those expectations? 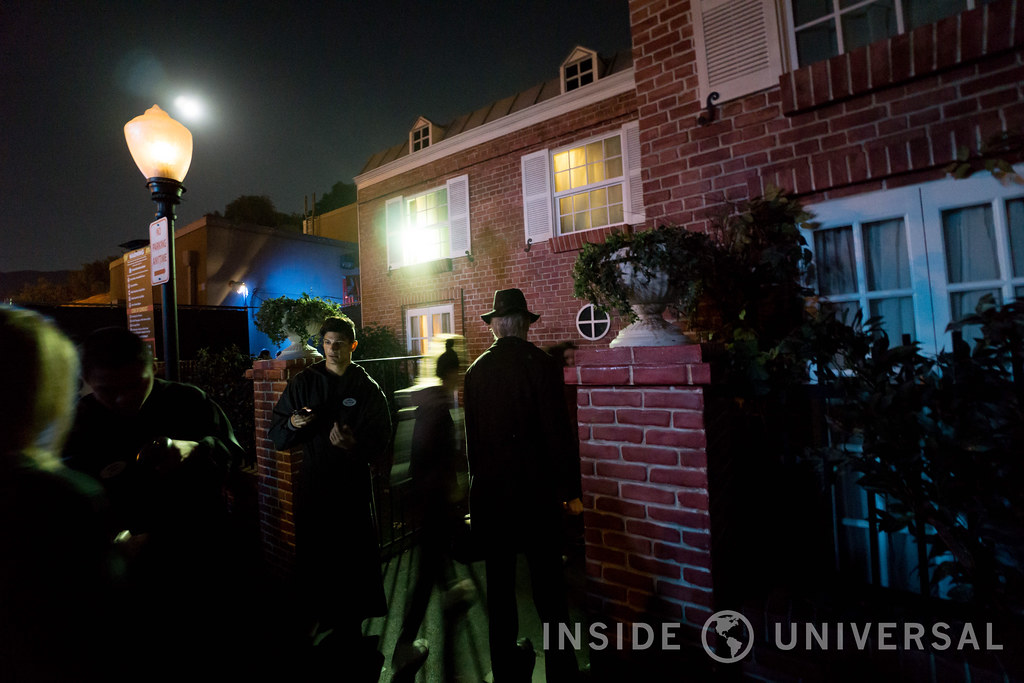 Situated in the Revenge of the Mummy in the extended queue, The Exorcist is housed in one of the event’s more challenging environments. Not only is the Revenge of the Mummy queue incredibly compact (making it difficult to incorporate large scale scenery compared to the event’s other venues), but the location’s entrance is also juxtaposed against the pathway leading to the Metropolitan sets. While most of Halloween Horror Nights is housed in nooks and crannies around the theme park and studio, The Exorcist appears even more so – shoved between an awkward spot behind the Transformers Supply Vault gift shop. Simply put, this location is tiny. Thus, it truly is amazing how Universal has managed to include many important details from the movie when you consider these limitations.

Case in point, the maze’s entrance. The MacNeil household is created with amazing authenticity, with (when the conditions are just right) lighting from the second floor casting an eerie spotlight on the lawn below – reminiscent of the film’s iconic poster. Next to entrance stands Father Lankester Merrin, ready to combat the forces within. 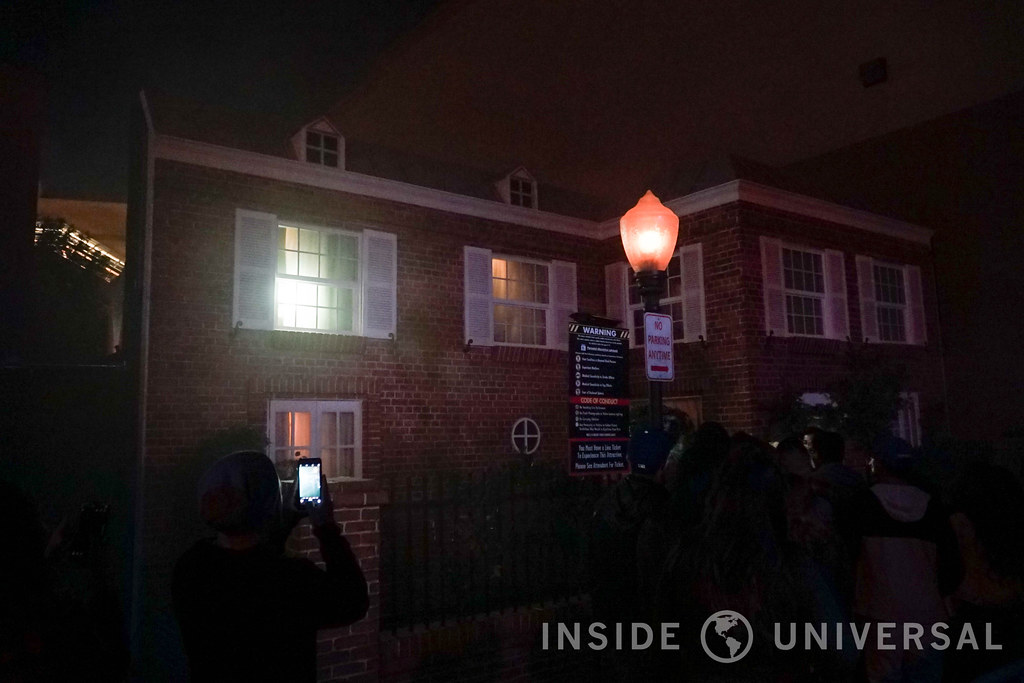 Based more so on the film’s trailer, most of the scenes in this maze involve Regan’s bedroom in varying states. So in essence, the main focal point of the maze – Regan’s bedroom – remains the same, instead of the traditional progression of sets seen in other Horror Nights mazes. One would think that would make the maze repetitive, however Murdy and his team have done a great job of making the progression of the room change each time you see it. The Exorcist uses more blackout actors than any other Halloween Horror Nights maze in history to really give each room a different feel. In one iteration, we see flashes of the demon’s face strewn across the walls while doors slam open and shut, pictures rock back and forth, and the bed shakes violently. In another, Regan actually twists her neck backwards and vomits green onto guests. This maze uses a healthy amount of animations to recreate some of the more memorable scenes from the film that just aren’t possible with the use of live actors.

In between each iteration of Regan’s room, guests walk through small black corridors that were inspired by the banned trailer for the film. In the trailer, black and white flashes of Regan and the demon Pazuzu are displayed in an unnerving way – an effect that is replicated quite well within the maze thanks to scare actors dressed in monochrome attire, combined with the use of strobe lights and pitch black darkness.

The maze does a fantastic job of touching on the small but important aspects of the film and of course all the staple scenes are there as well. In a way, it actually tells an extra part of the story that the film merely implies. The short glimpses of the demon in the film play a large role throughout the maze as many scare actors are actually depicting the demon that lives inside Regan. 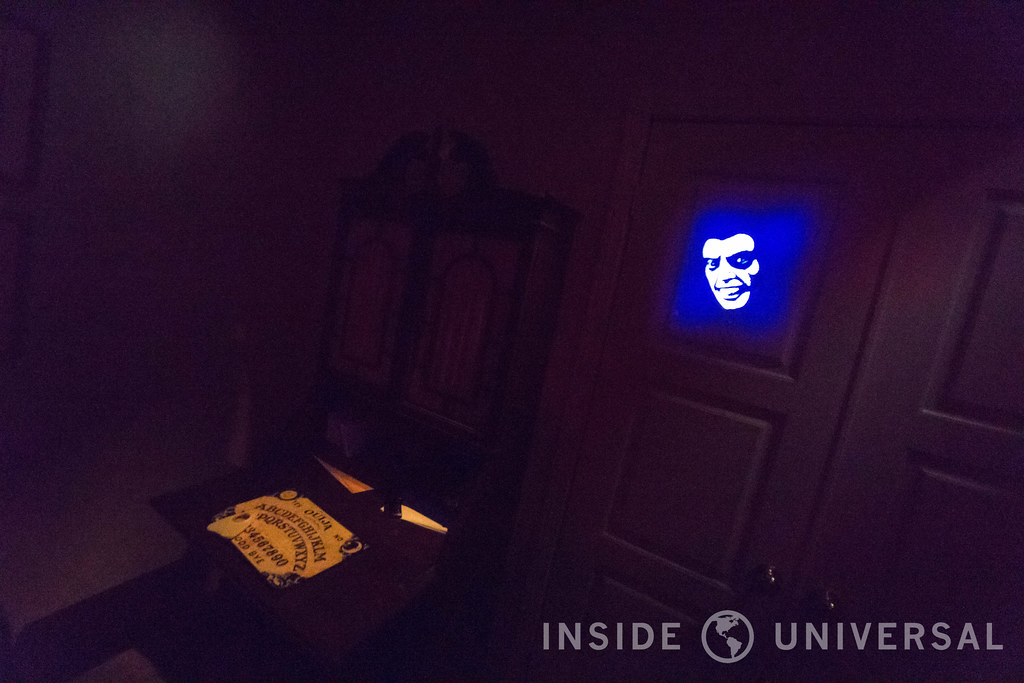 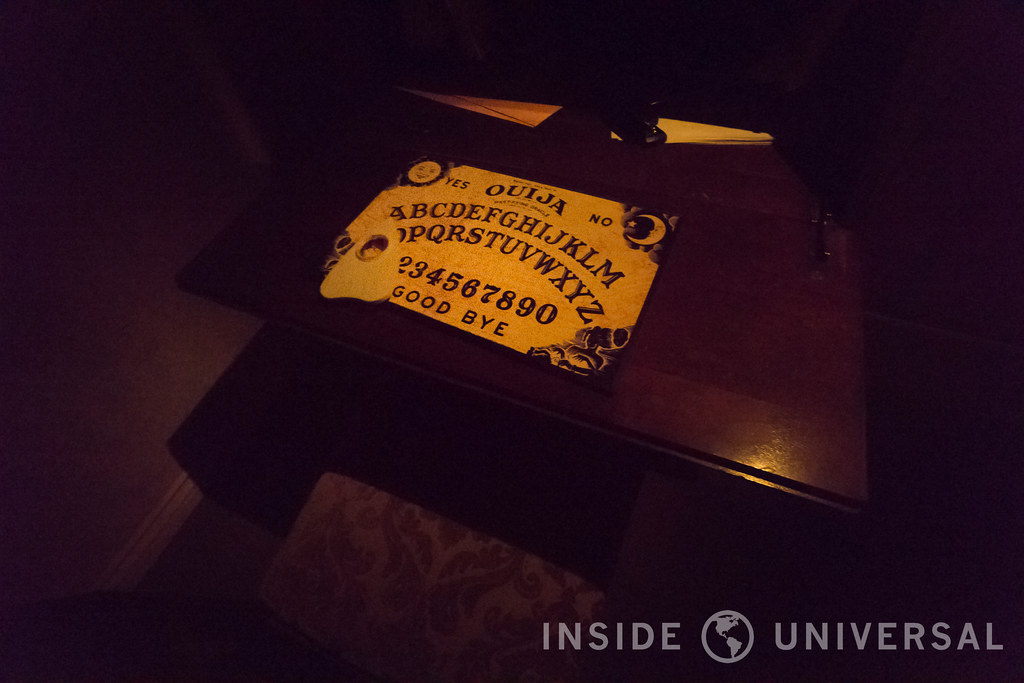 Overall the maze is truly a love letter to the fans of the film. So many little details from the film are built in and even expanded upon making this one of Halloween Horror Nights’ more ambitious creations to date. However, with that ambition lies the chance of polarization. If one hasn’t seen the film (and it appears that many of Horror Nights’ patrons haven’t), the maze may come off as repetitive. To some, they may wonder why they haven’t progressed beyond a bedroom, and the maze’s dark hallways may bewilder or confuse guests. Much like the film, The Exorcist is a slow churner that isn’t adept at pushing forceful scares. If you haven’t seen the film, this maze might be polarizing to you and it’s easy to get lost in the maze’s overall premise. But if you’re a fan of the film, this maze begs for revisits. Details galore adorn every scene that’s bound to make you smile. The Exorcist’s penchant to document the development of a single room is  a completely new approach that works surprisingly well.

As an aside, with such a heavy use of blackout actors and technical effects, it’s important to note that you may not be seeing all the effects working to their fullest during your walk-through.  This can mean that sometimes the maze will be missing key moments or even break down temporarily. Hopefully with a bit of time, everything will be ironed out and the maze will operate at 100% at all times, though we encourage multiple walk-throughs to ensure you have a complete experience. 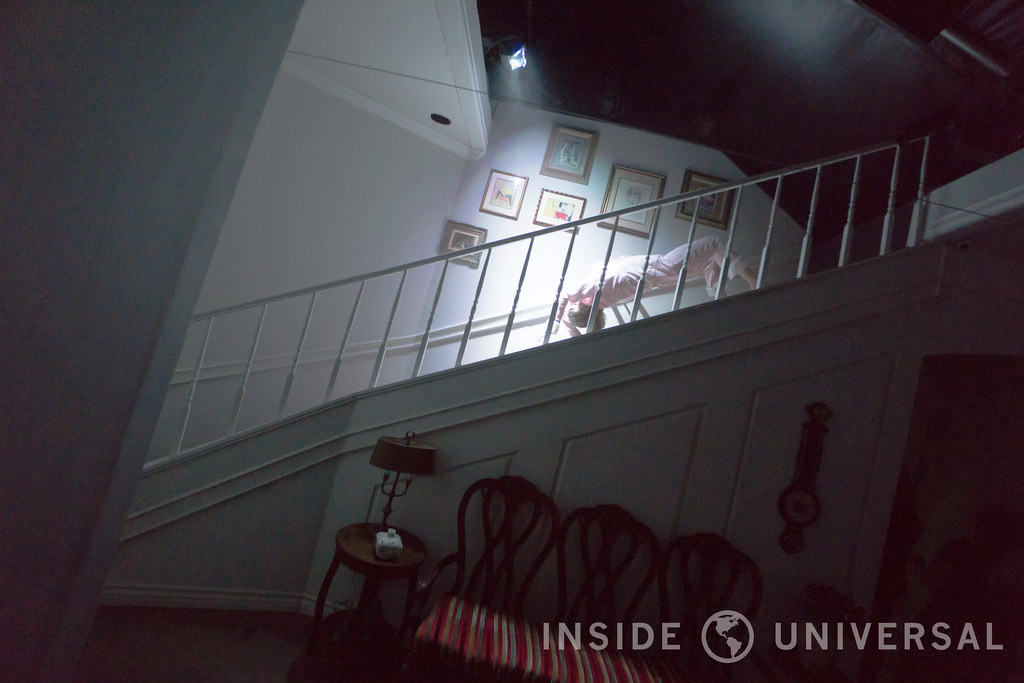 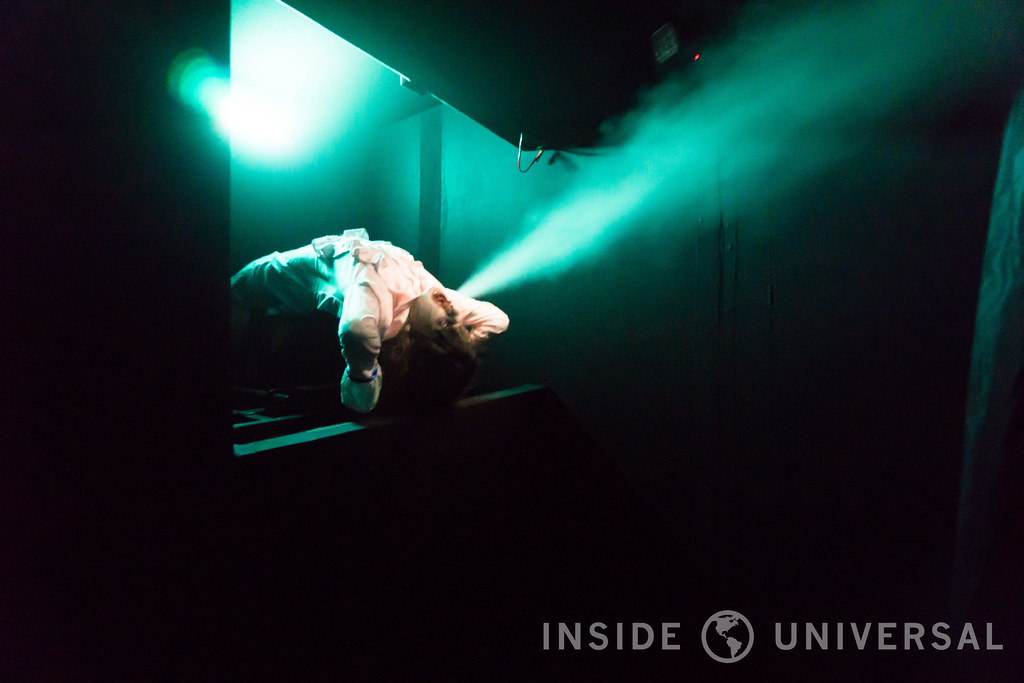 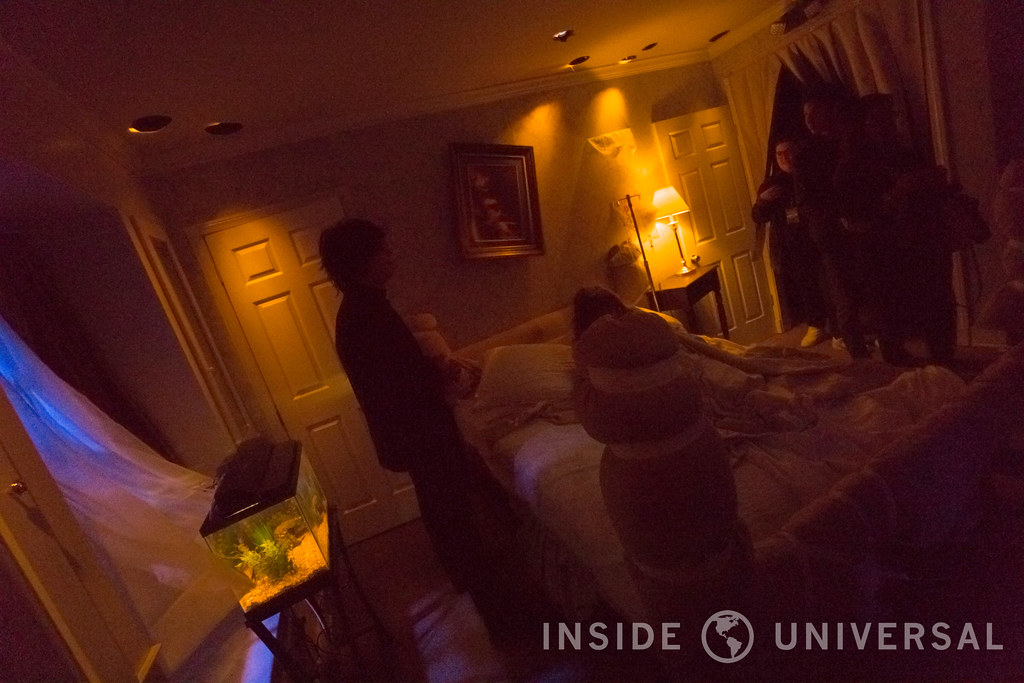 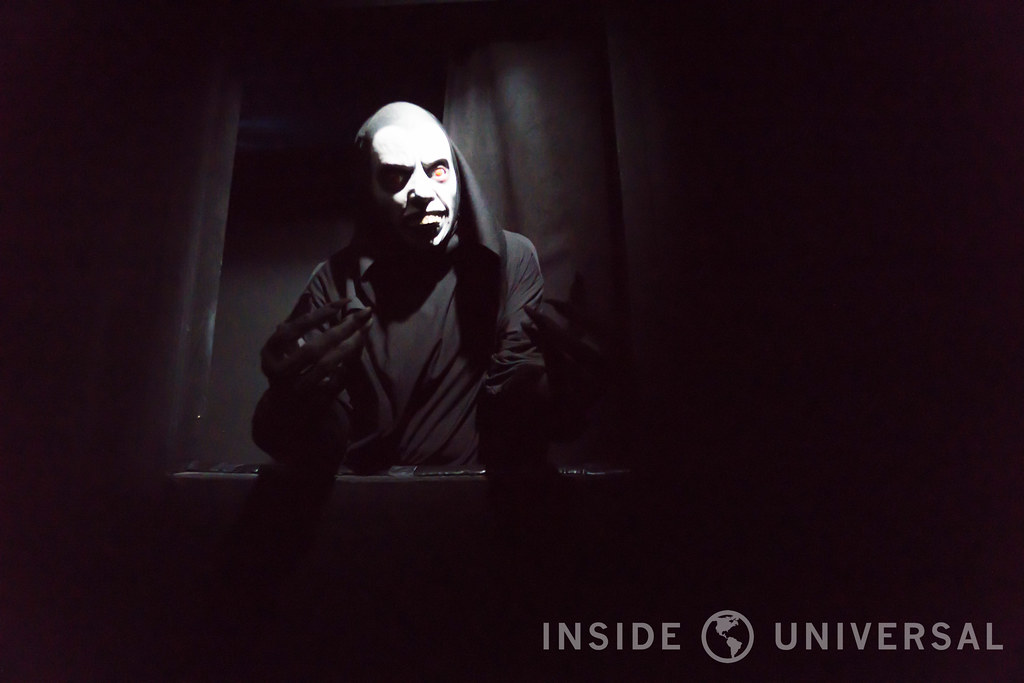 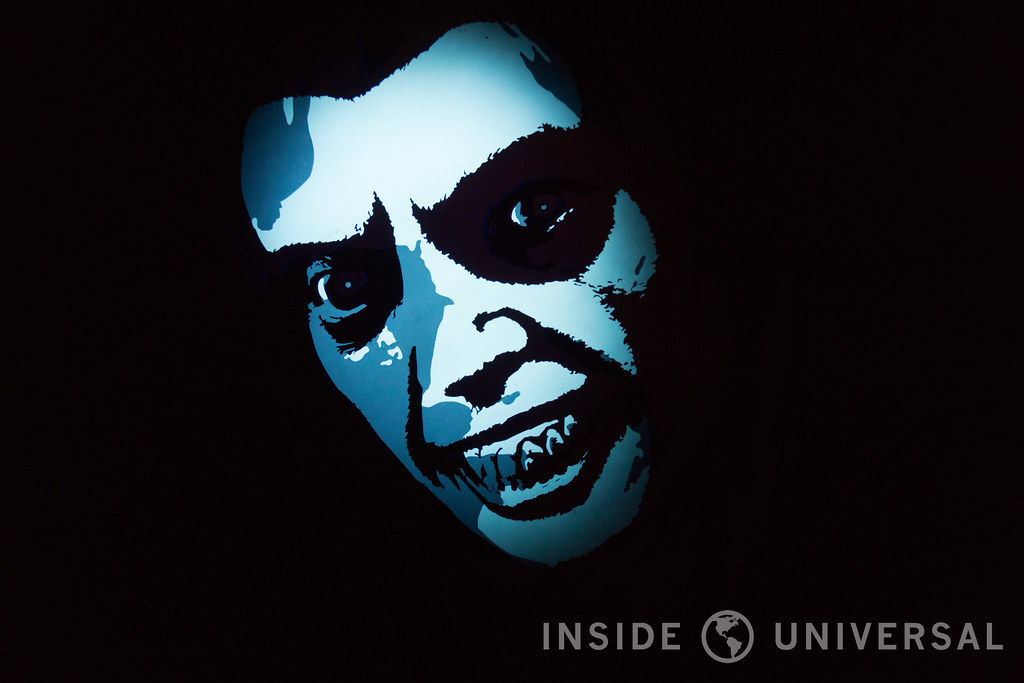 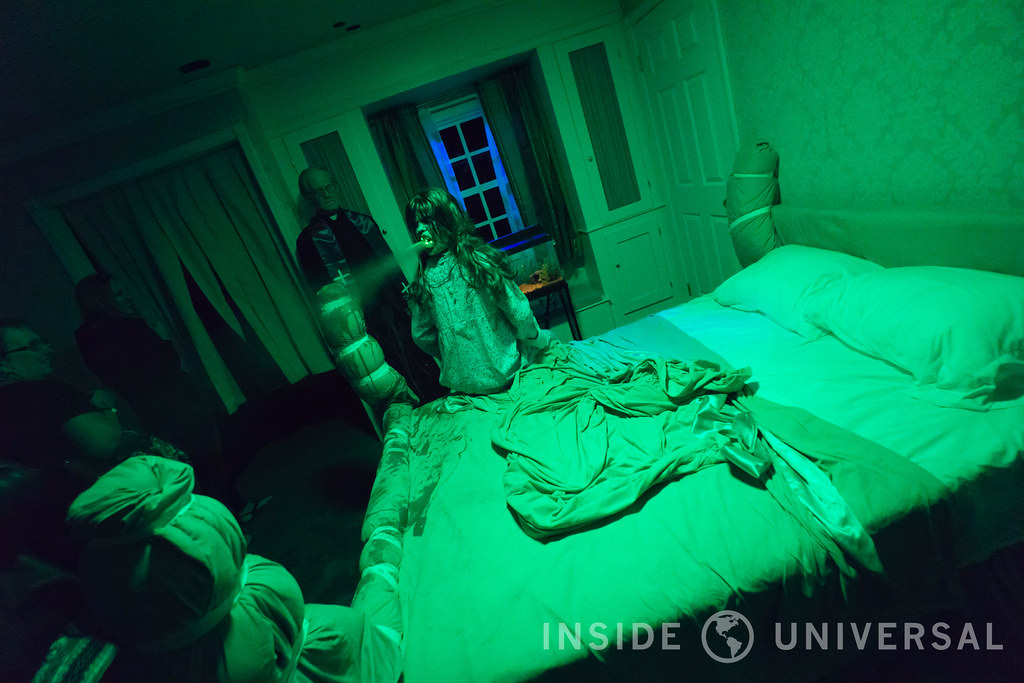 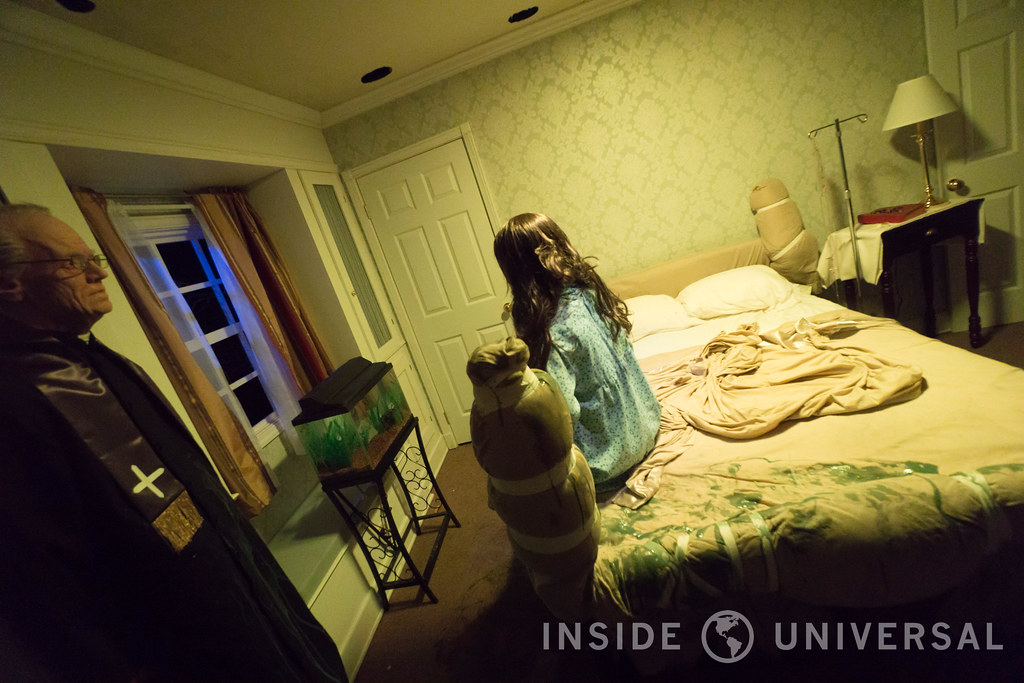 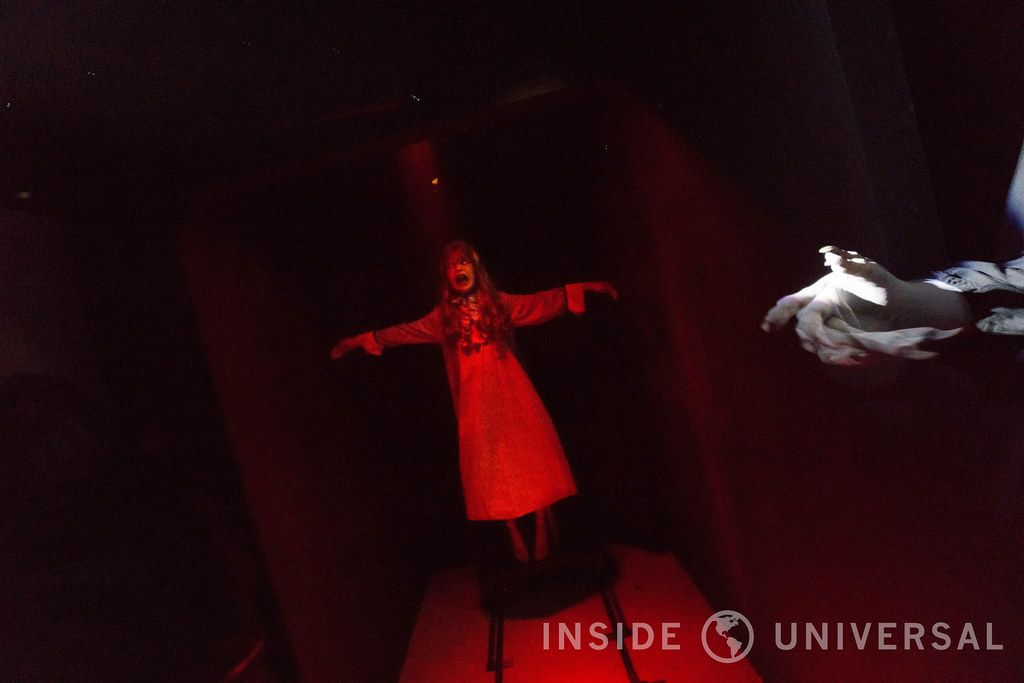 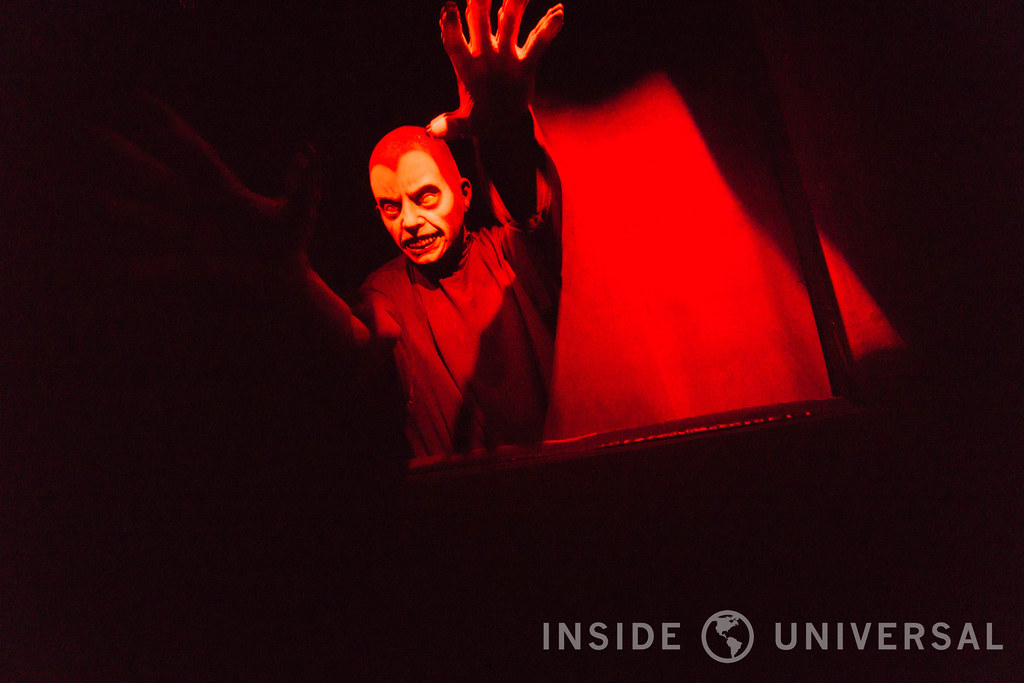