Based off the blockbuster film The Purge: Election Year, this year’s park-wide scare zone capitalizes on this year’s presidential campaign in an experience that’s split into three distinct sections: Universal Boulevard, Universal Plaza, the tunnel walkway to the backlot and the metropolitan sets. 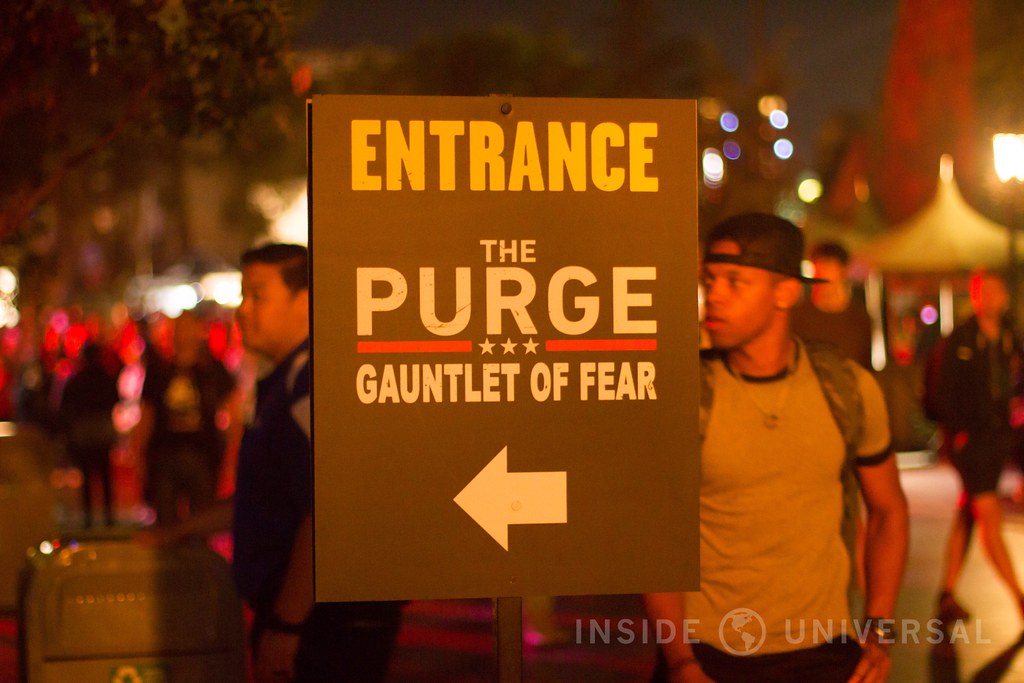 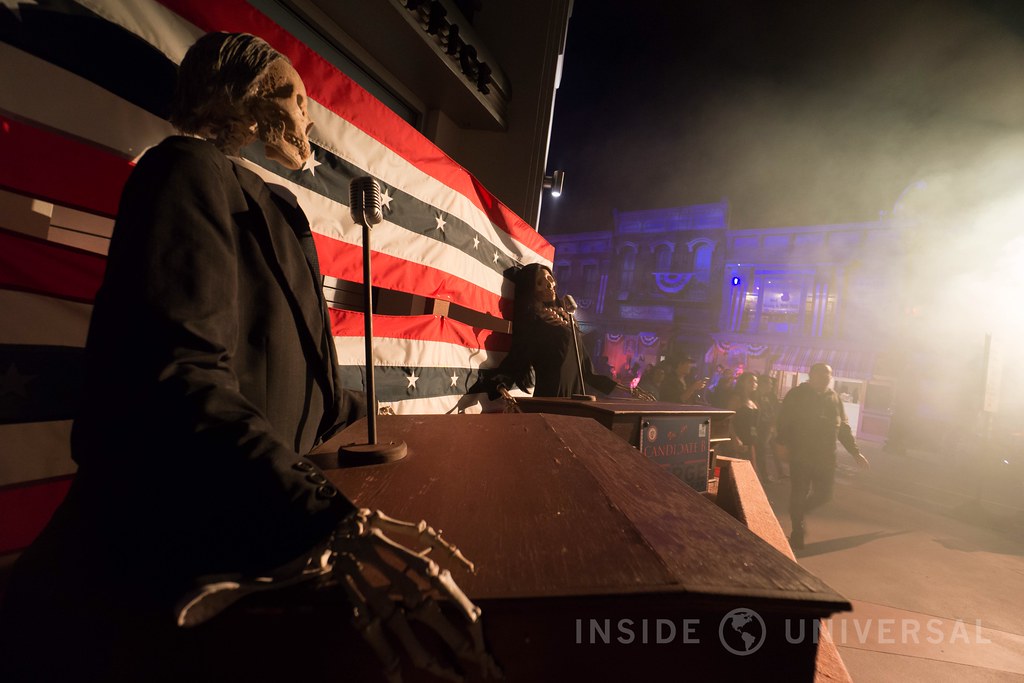 Beginning with the Upper Lot and Universal Plaza, Universal has decided to focus much of the Purge in an open-air walkthrough that’s reminiscent of a large outdoor maze known as the Purge Gauntlet. Starting inside Universal Plaza, guests will narrowly dodge chainsaws, knives and piping with plenty of large-scale props including abandoned vehicles complete with beeping horns, leading guests through the Parisian Courtyard and emptying out into the exit of French Street. Without a doubt, the Purge Gauntlet is Universal’s best implementation of a scare zone, focusing on effects that genuinely improve the guest experience rather than simply acting as an annoyance to guests trying to traverse the Upper Lot.

Wrapping around Universal Plaza and near Universal Boulevard, depictions of famous moments in U.S. – such as the signing of the Declaration of Independence – are recreated with skeletal figures. While some of these figures will be certainly familiar to fans of Horror Nights, their politicized recreations allow them to gain some semblance of originality to warrant their inclusion. Of course, Horror Nights’ famous fire blasters periodically blind this area with burps of flames. While old-hat at this point, these fire blasters have become a trademark in their own right, even if a new central icon would be gladly welcomed at this stage of the event. 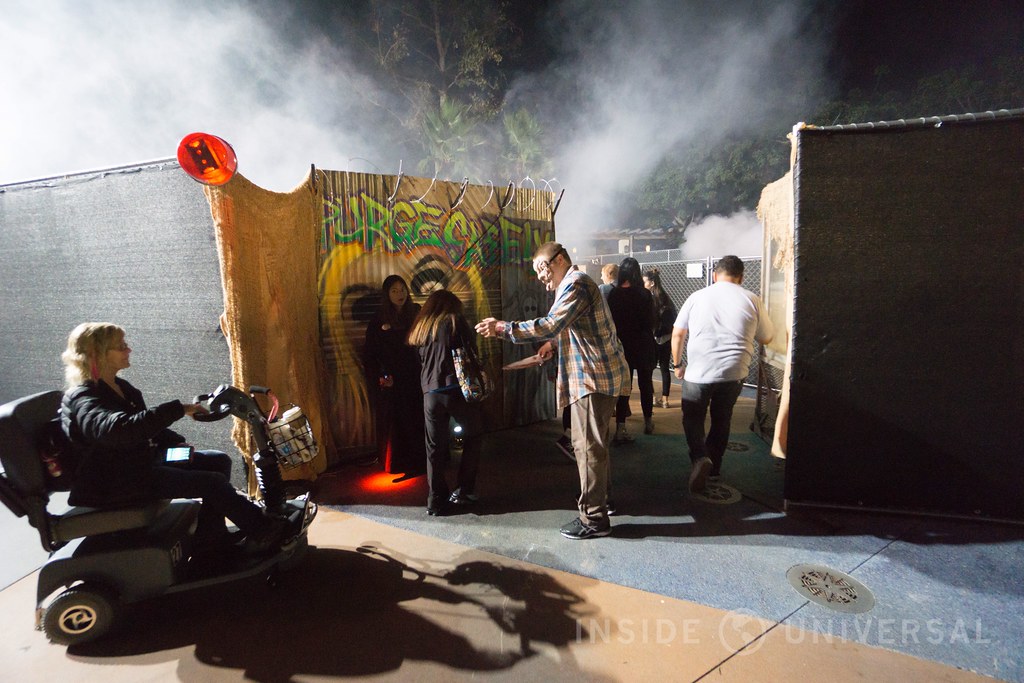 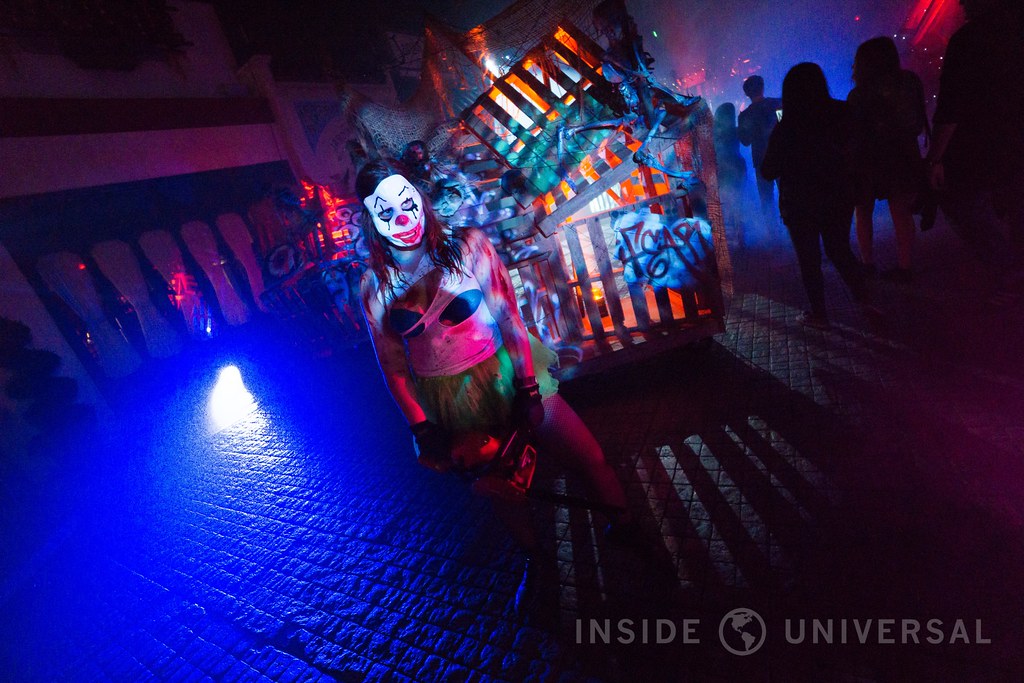 Next up: the walkway to the metropolitan sets.

With a large banner declaring citizens to Purge or Die, the tunnel to the backlot is loud, crazy and disorienting. The strobe effects are in full force and are likely to create a case of slight dizziness to anyone passing through. As crowds go back and forth between the Lower Lot and the metropolitan sets, purgers lunge at guests – some even integrating themselves in the pathways. While effective at creating a different environment, the constant strobe lights are perhaps a bit too intense for their own good, creating a disorienting environment between a major throughway between the Lower Lot and the backlot.

Once you’ve reached the metropolitan sets, you’ve reached the final scare zone of the event (and of course, the purge is once again in effect). This area is very reminiscent of the film as three characters from the film – Kimmy, Laney and Dawn – are there to great you as you navigate your way through a gauntlet of cargo containers and purge-yielding chainsaws, hammers, knives and any other instrument that may be used for a blunt attack. While not as constricting as the gauntlet on the Upper Lot, the area still maintains a healthy balance between a scare zone and as a pathway to the metropolitan mazes. 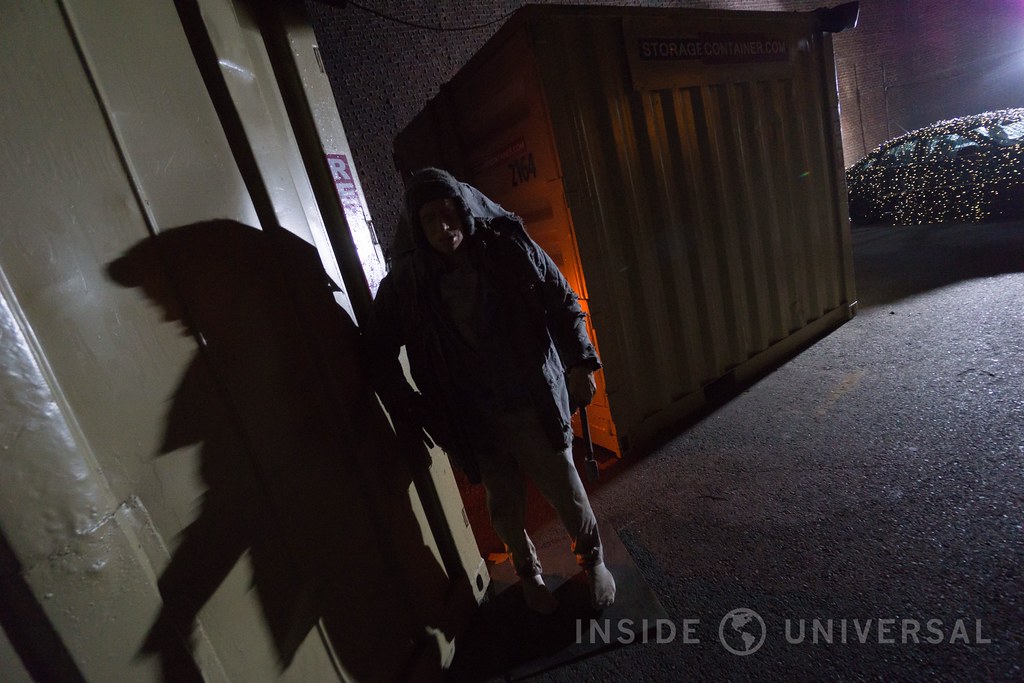 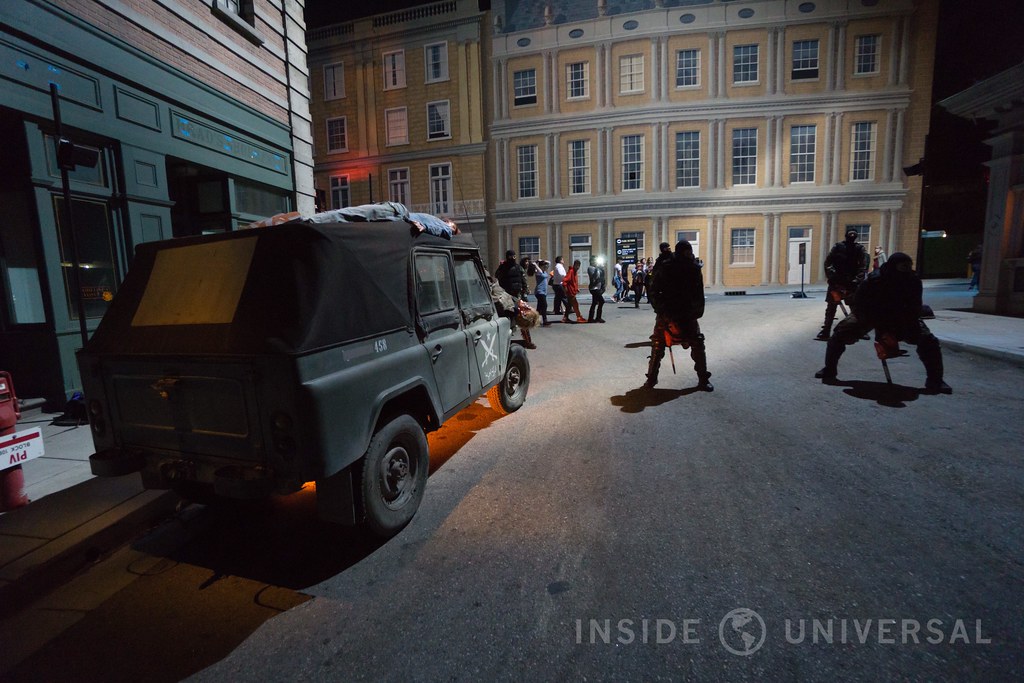 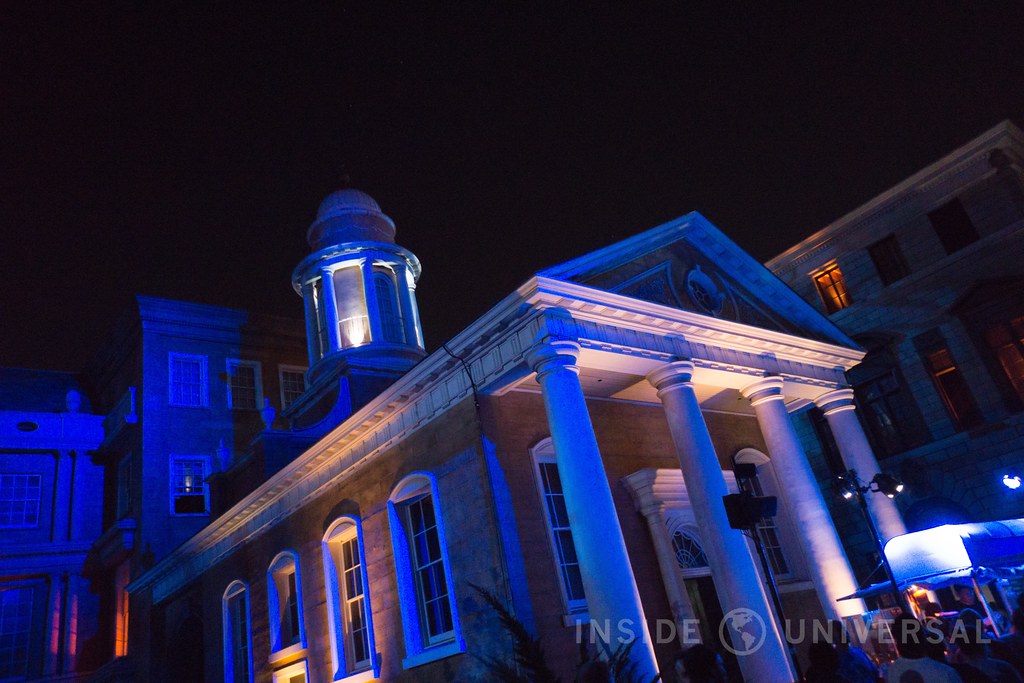 Overall, this year’s scare zone is a welcome change, with the Purge Gauntlet potentially becoming the surprise hit of the Halloween season. It’s great to see Murdy and Williams try and change up things this year even if the Purge franchise is almost becoming a bit long in the tooth. There’s just enough variety to keep the scare zones and set pieces interesting, even if Universal is still using the same fundamental franchise to tie everything together. Outside of the last two year’s scare zone of Dark Christmas, this might be Murdy and Williams’ strongest entry in the scare zone category to date. 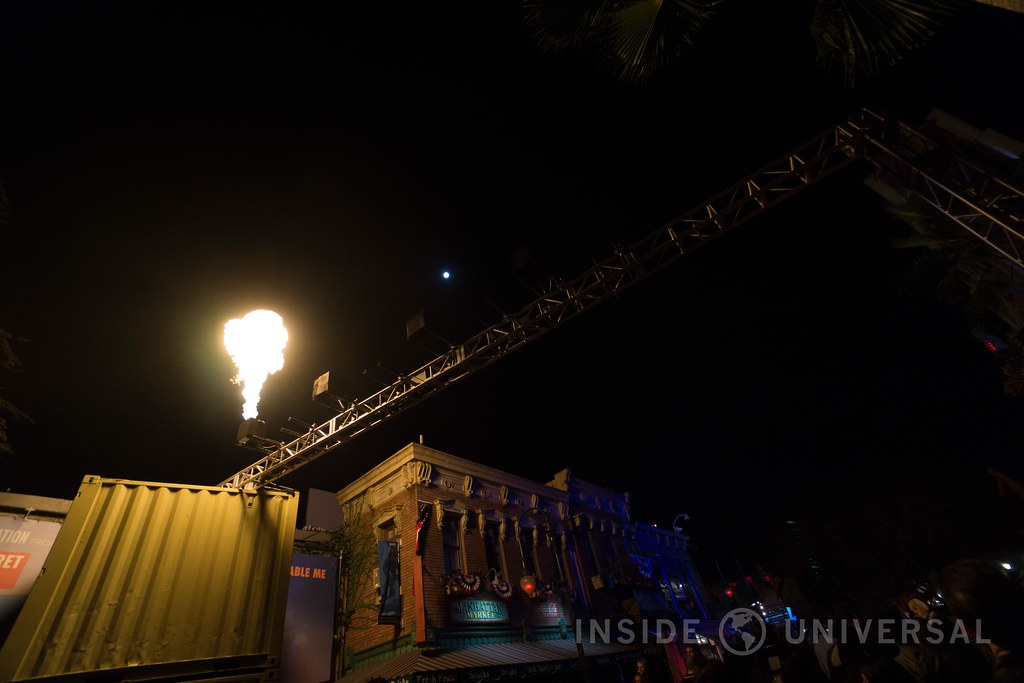 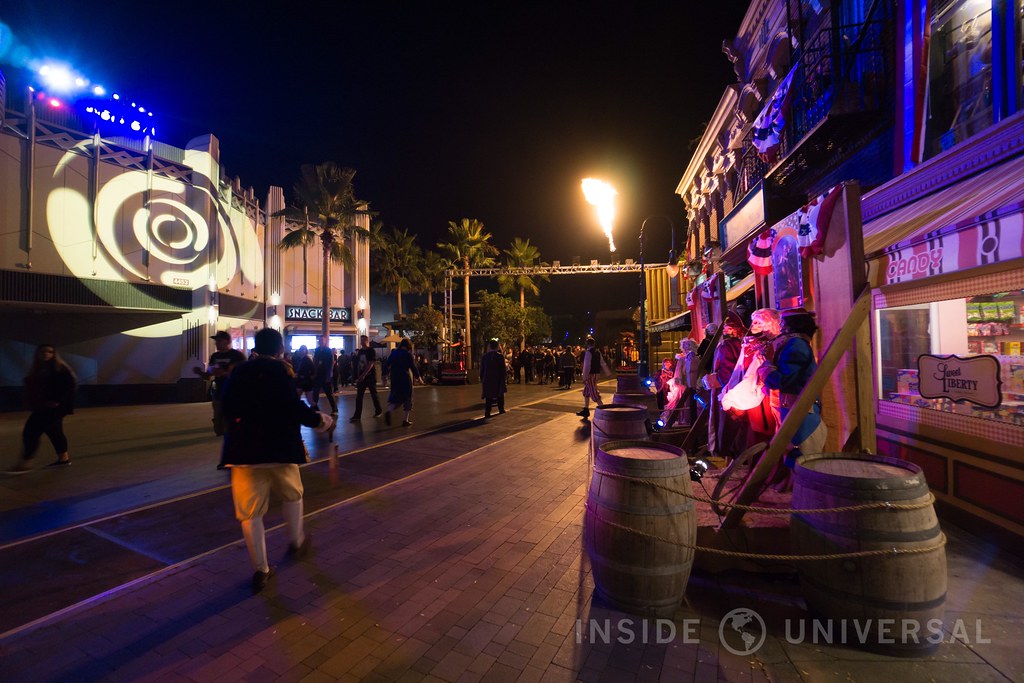 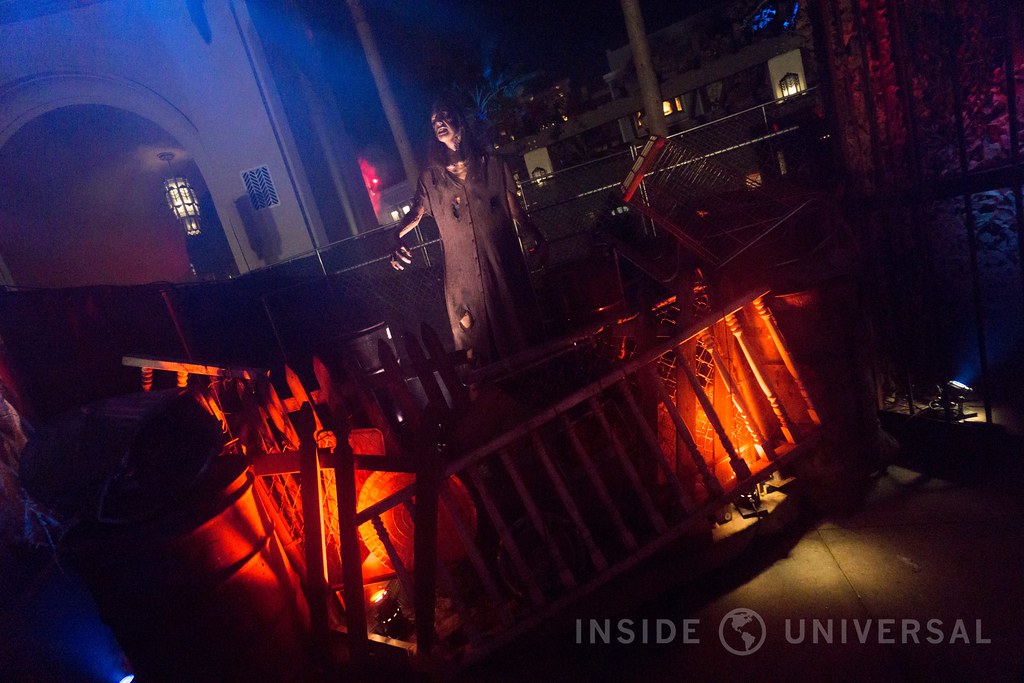 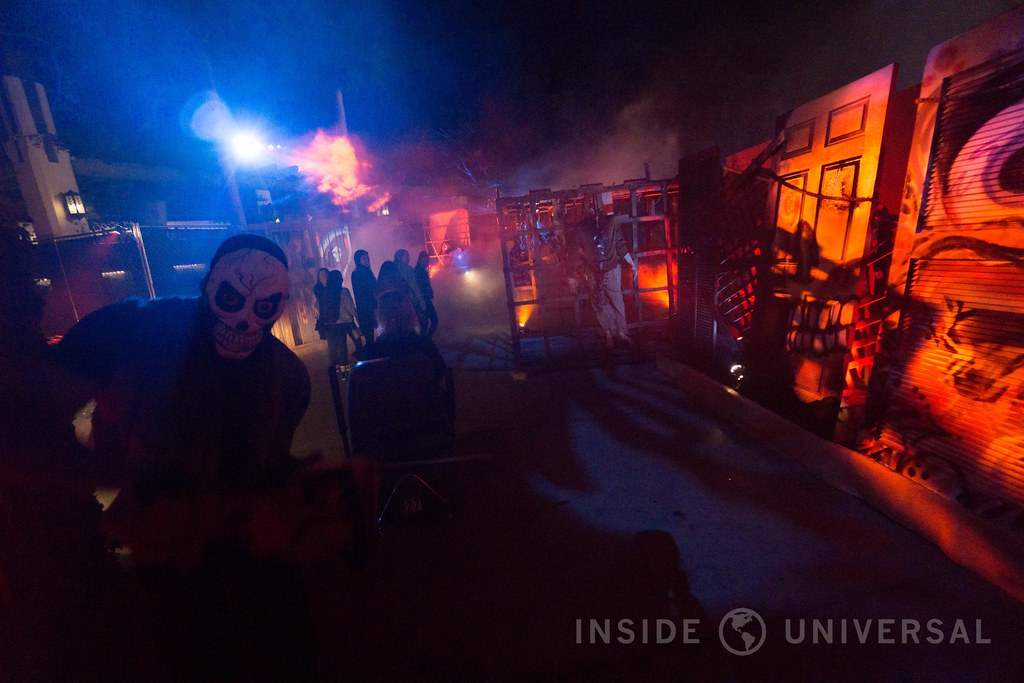 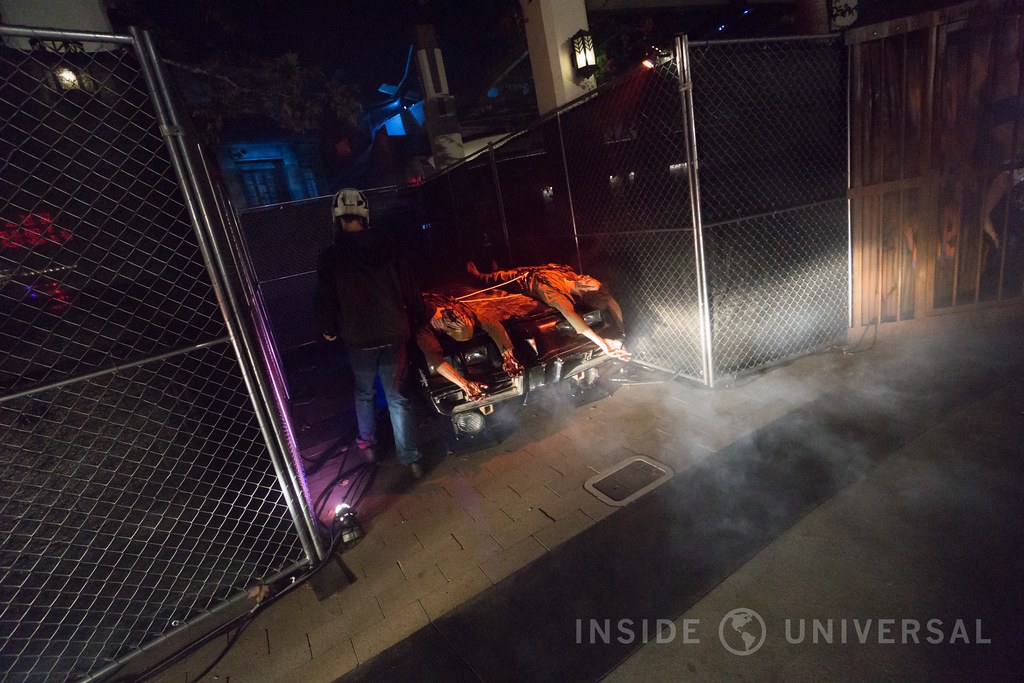 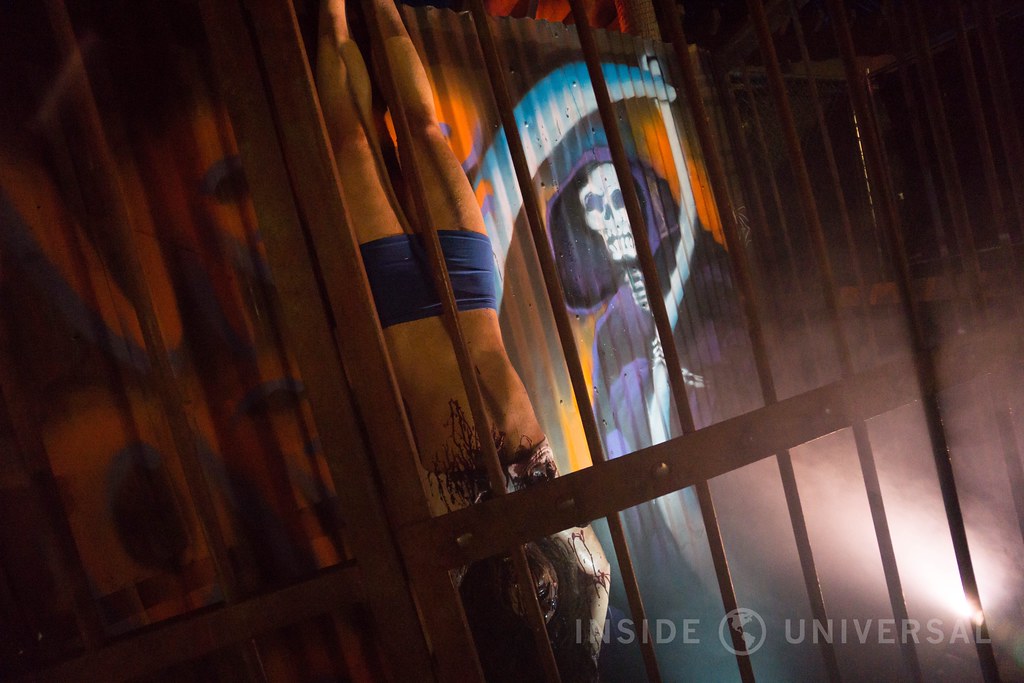 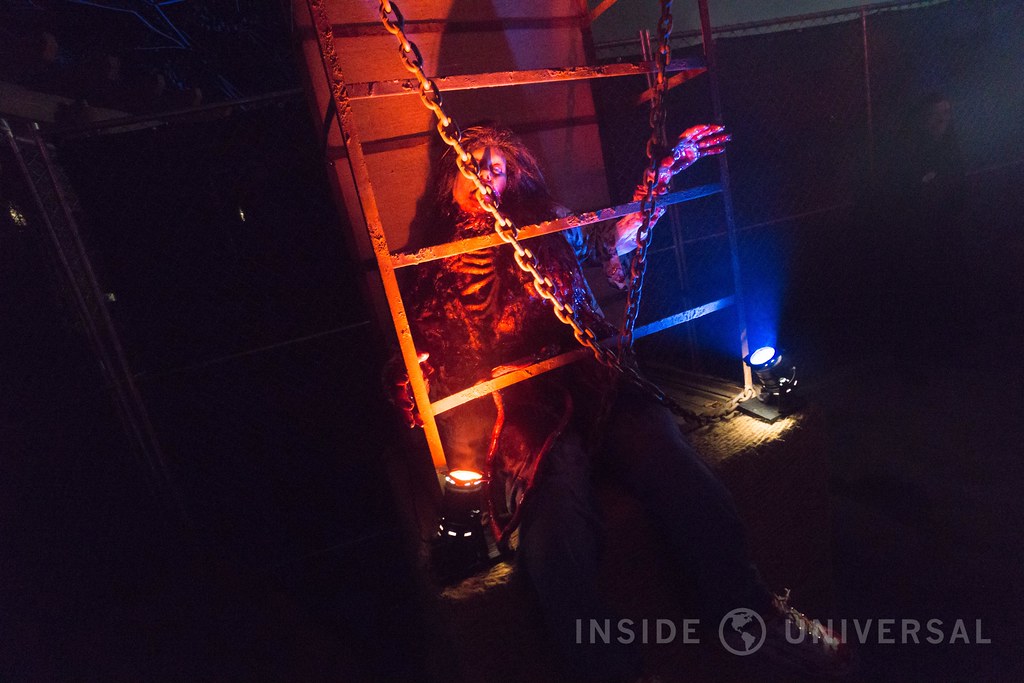 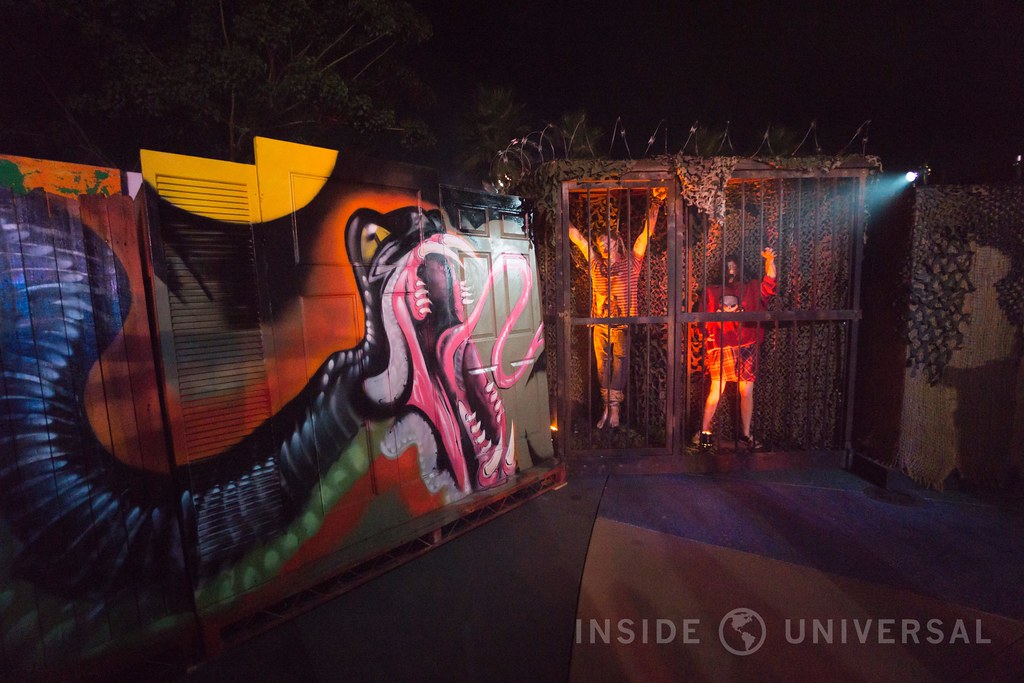 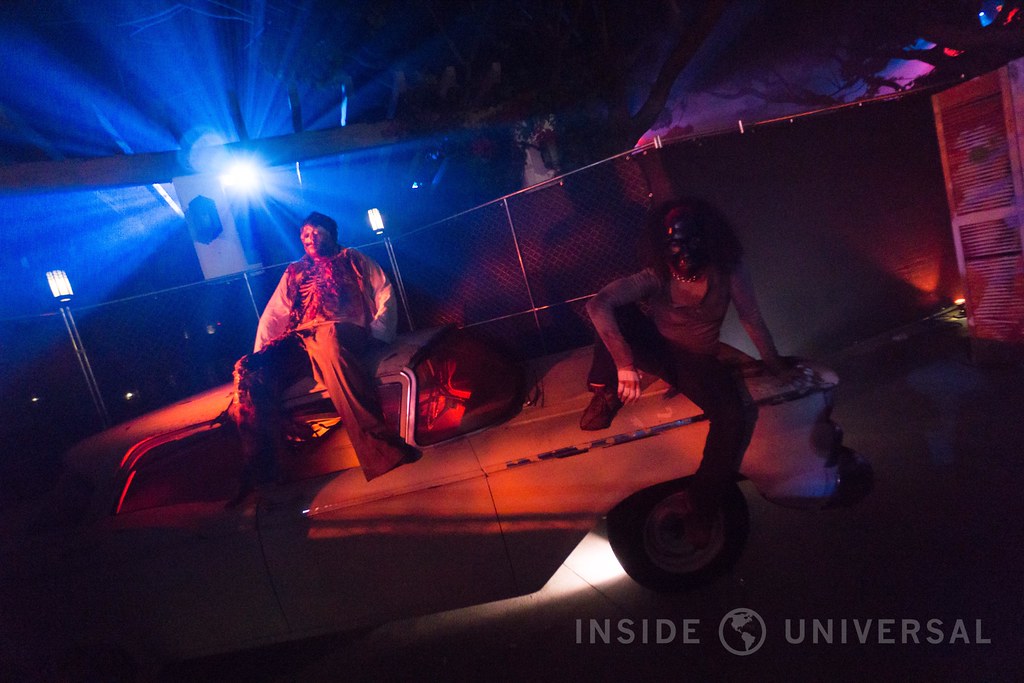 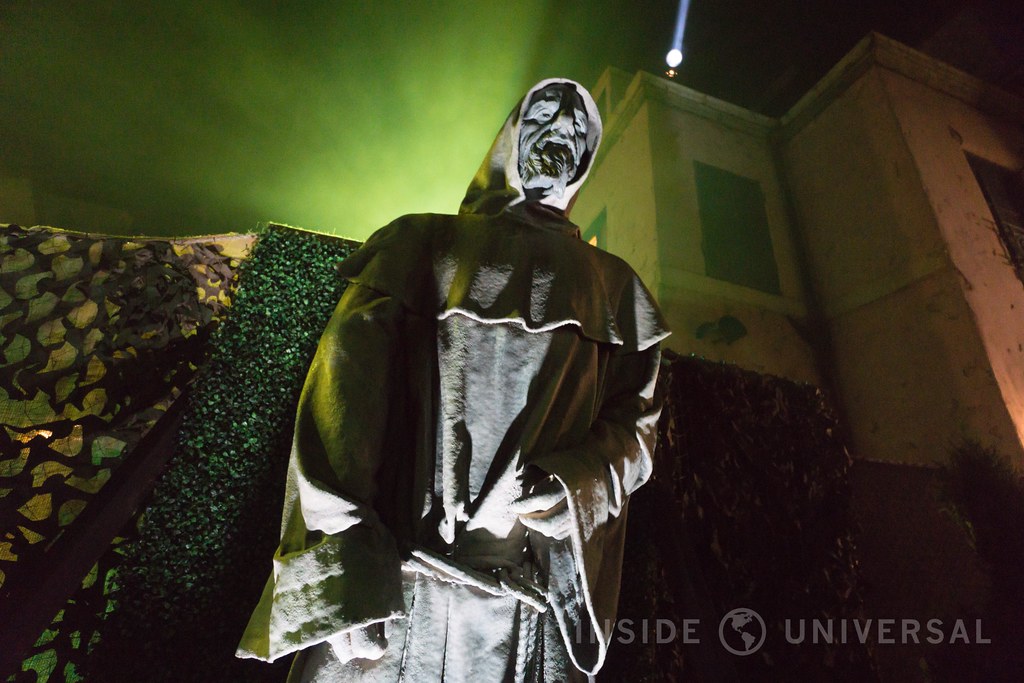 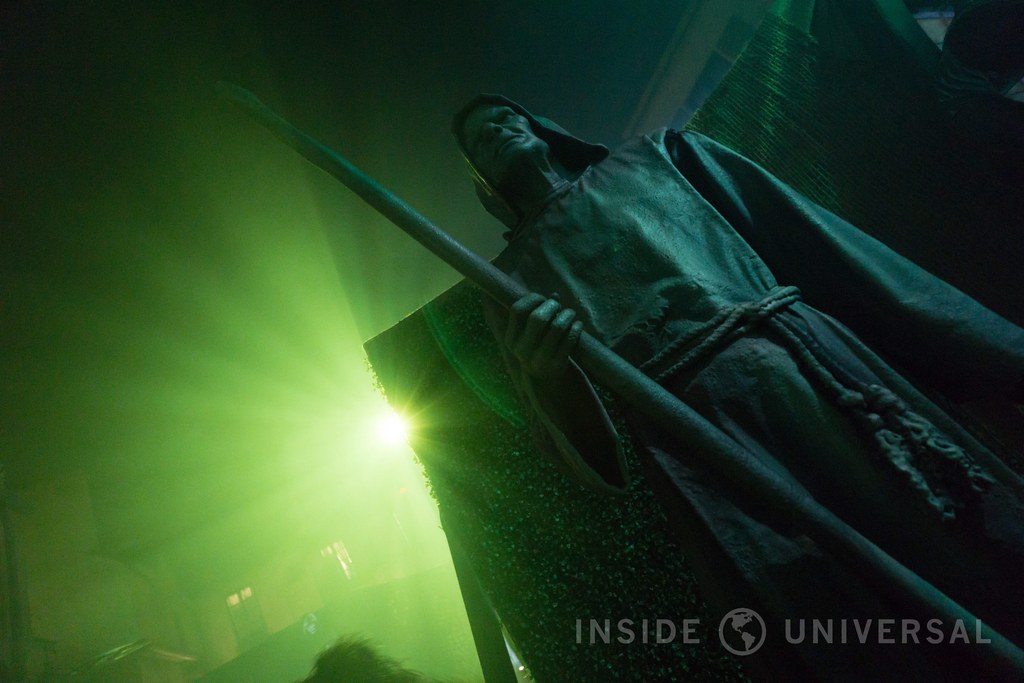 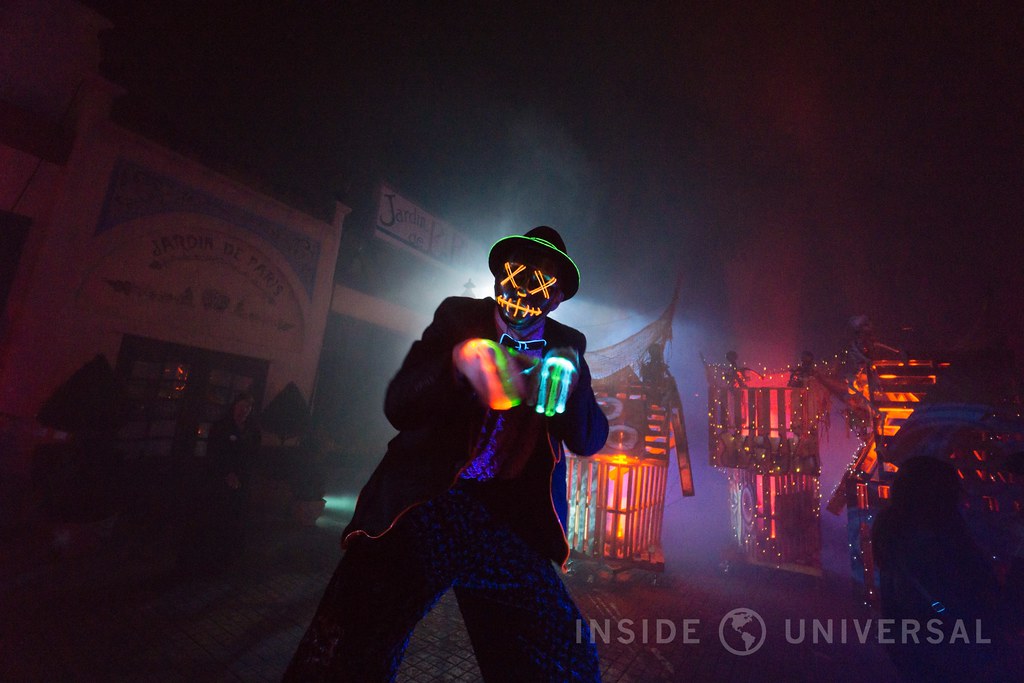