As we approach the end of yet another year, we thought we’d take a look at Universal Studios Hollywood’s top ten defining moments as chosen by our editorial team.

As has been the case with Universal for the last five years, 2016 featured some of the most monumental developments in the theme park’s history, including the opening of a brand new flagship attraction and land, the closure of several well-known backlot buildings and attractions, and the addition of several significant shops, restaurants and attractions that aim to set the necessary groundwork for the next ten years. 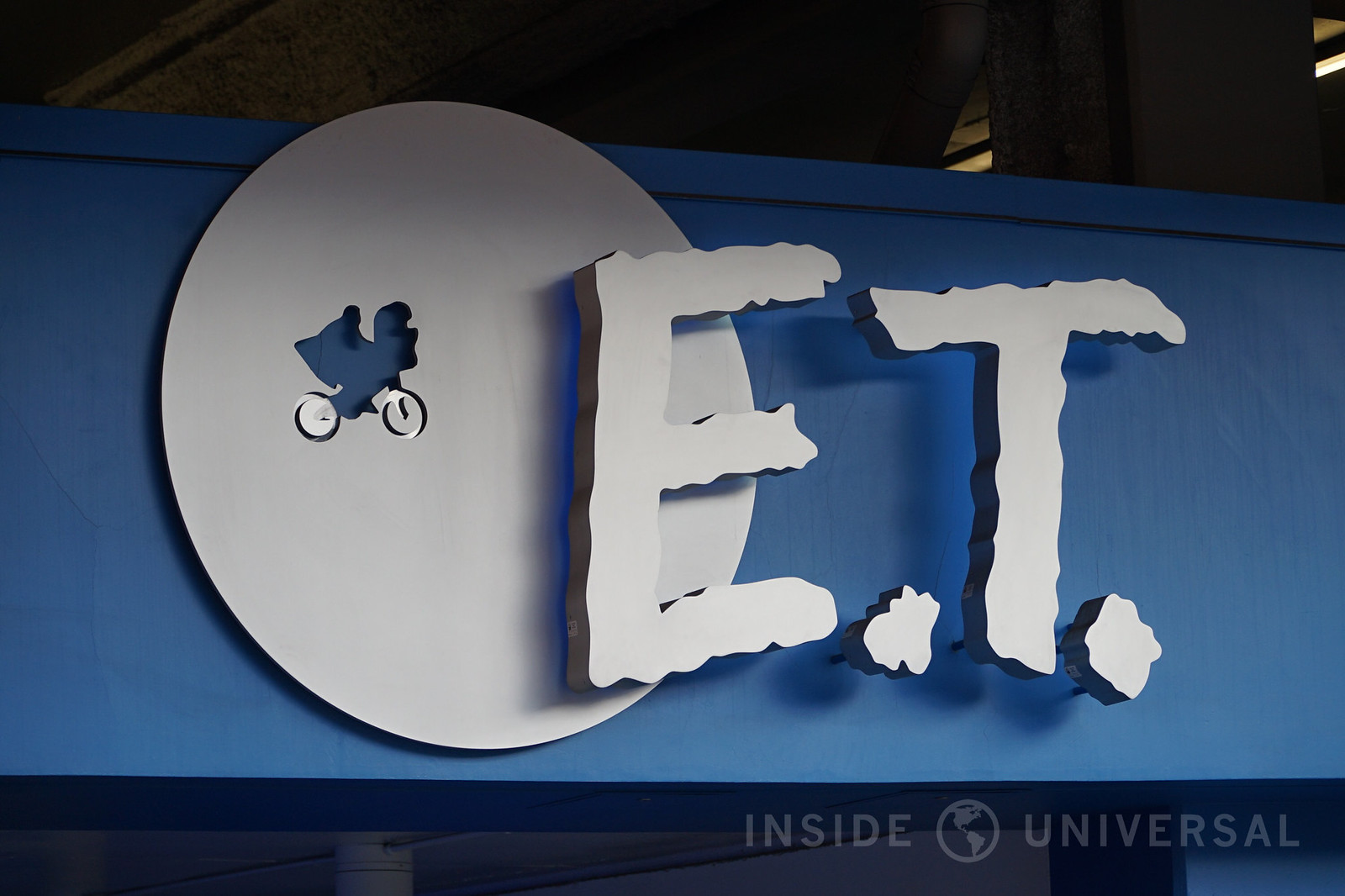 Given the recent soundstage demolitions, this expansion may occur more quickly than anticipated. 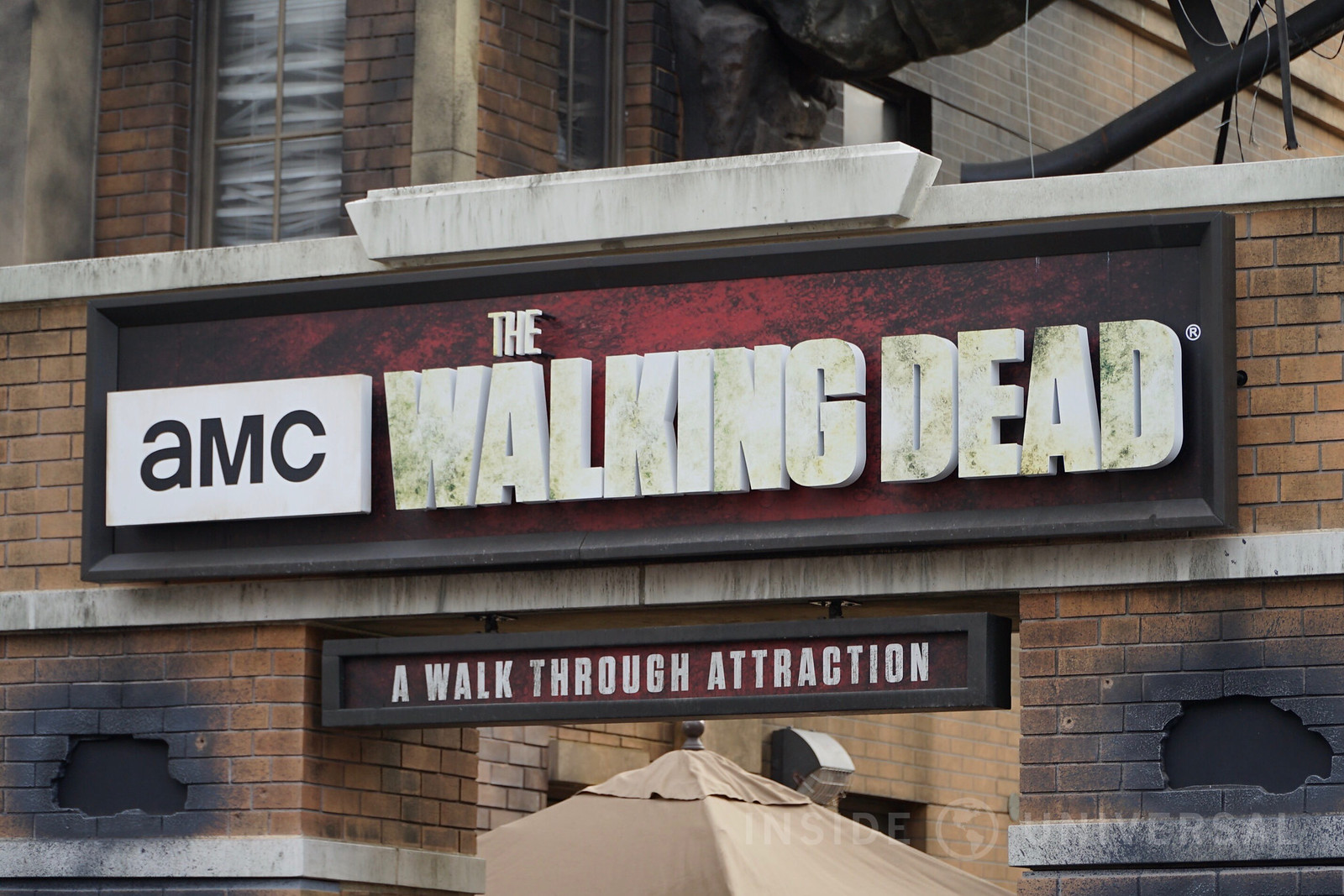 With the closure of Universal’s House of Horrors not too far behind, Universal surprised many by opening another year-round maze in nearly the same location.

Based off the popular AMC television show, The Walking Dead Attraction opened with a mix of animatronics and immersive environments based off the television series with a sprawling helicopter crash site on top of the new Baker Street extension specifically designed for the year-round maze. While geared towards fans of the television series (and anyone else who may be a zombie aficionado – we know you’re out there!), The Walking Dead Attraction also allowed the park’s die-hard Halloween Horror Nights fans to get their horror fix year-round in a permanent experience. 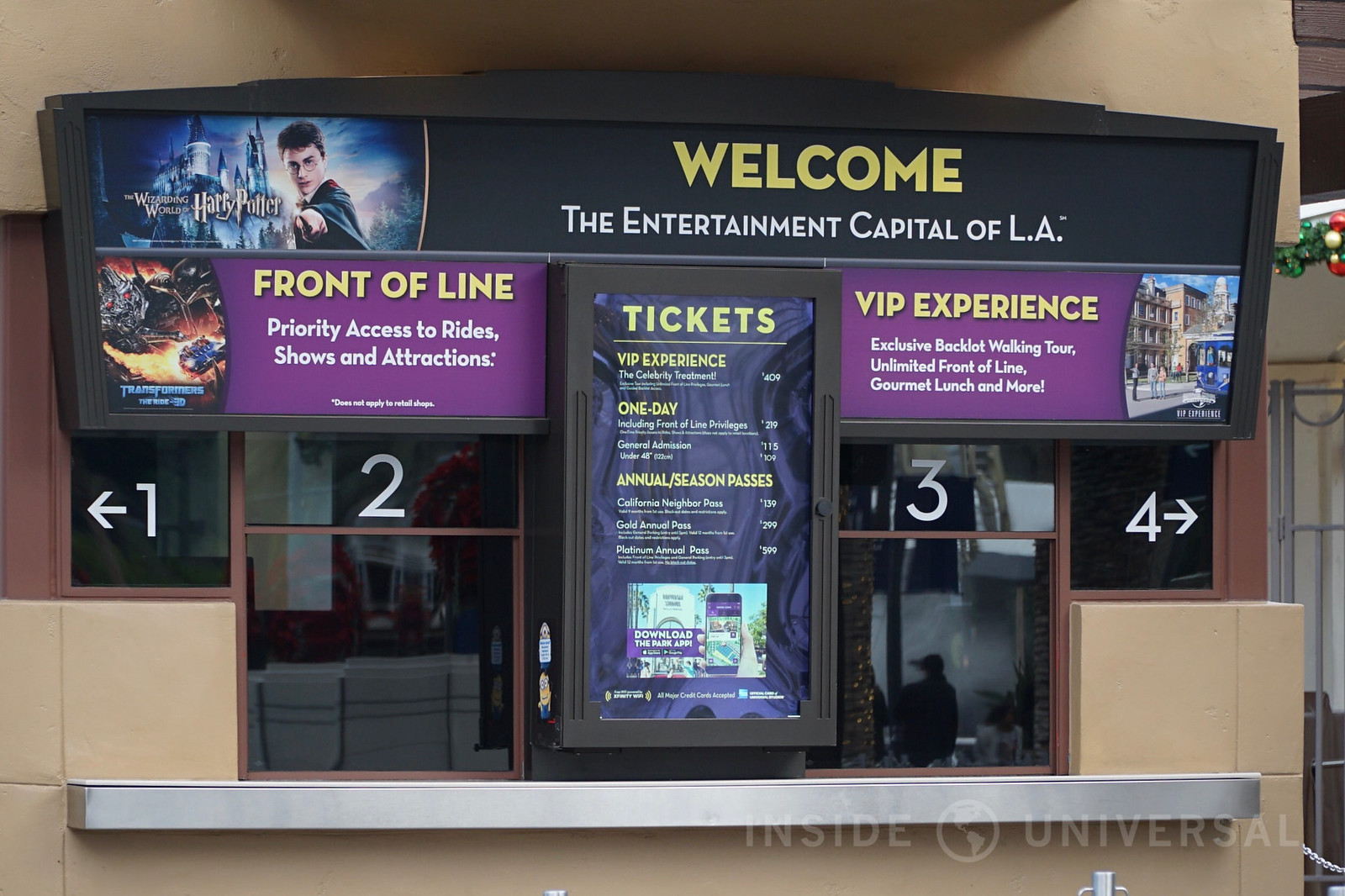 While not a singular event per say, Universal’s annual pass shuffles proved to be a constant and considerable force throughout the calendar year. After dramatically increasing the price of their highest tier pass from $199 to nearly $600, Universal embarked on reformatting their annual pass program – eliminating parking for all but the highest tier pass, reducing the number of valid dates and shuffling the benefits of the park’s lower tiered passes. Not only did these changes confuse consumers, but they also left a handful of customers paying more for less dates as subsequent passes were released.

These constant annual pass changes would continue over several months until the introduction of the California Neighbor Pass, which essentially rolled back Universal’s dramatic annual pass changes during the ramp-up of the Wizarding World of Harry Potter. 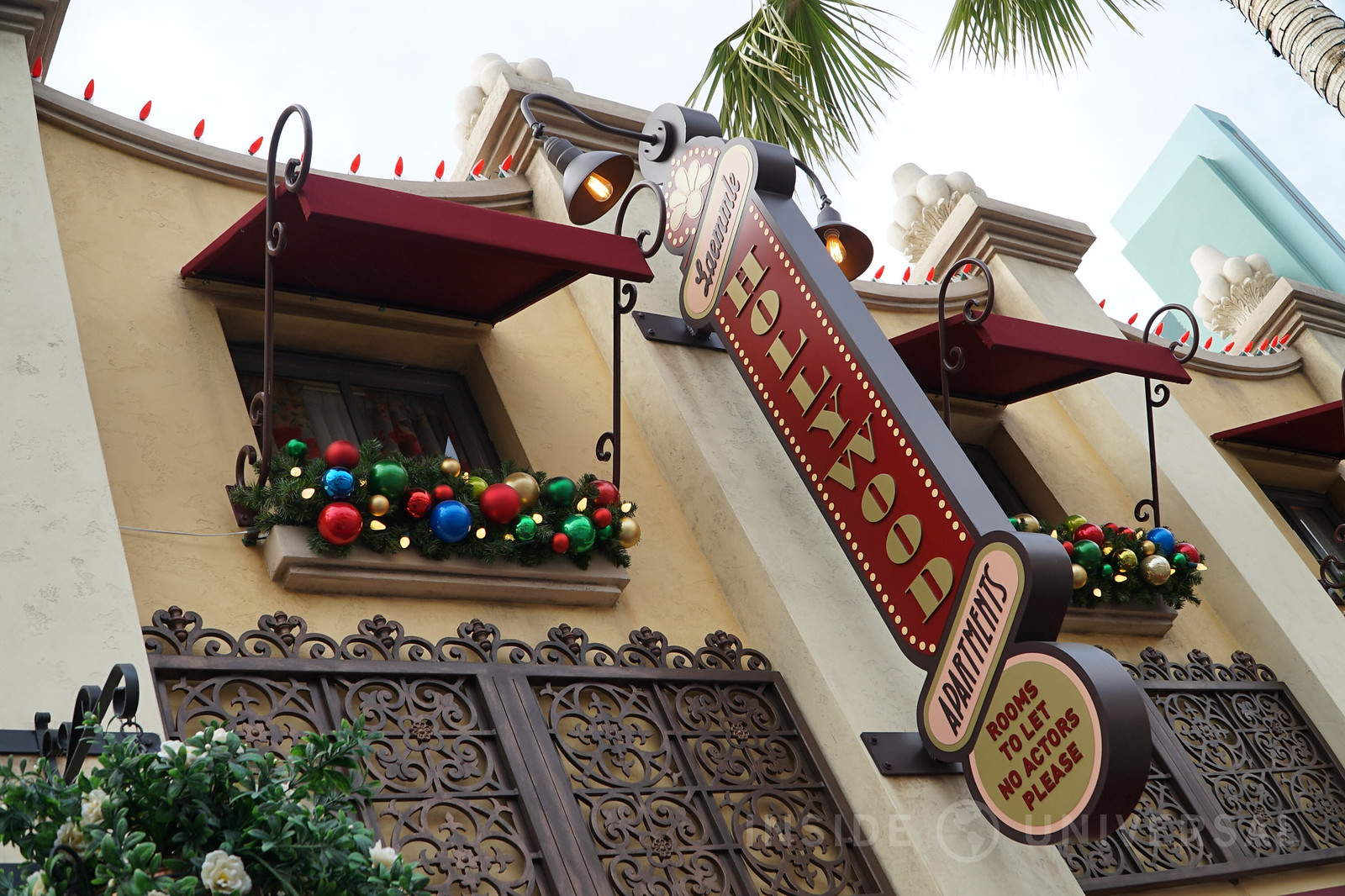 Universal fans can also appreciate subtle details embedded in Universal Boulevard’s facade, including a nod to the studio’s founder Carl Laemmle alongside references to some of Hollywood’s most well-known buildings. Hooray for cohesion! 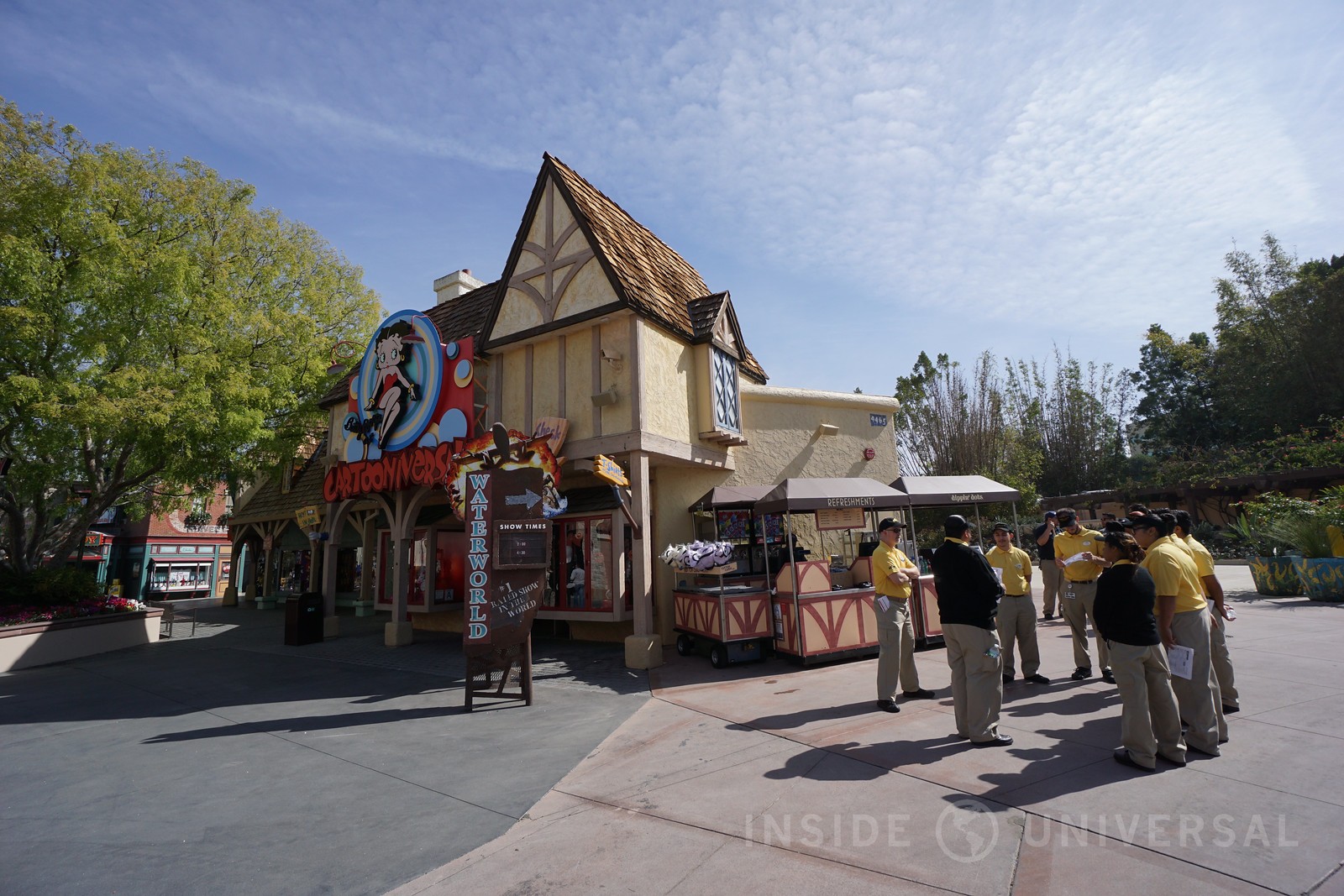 With the demolition of Victoria Station and Universal’s House of Horrors, Cartooniversal became the oldest structure to border Universal’s new entrance corridor. Originally known as The Emporium, the 1980s building became known for housing merchandise and clothing centered around – you guessed it – cartoons! However, despite its fun theme, Cartooniversal was also considered out-of-place in an area that had been dramatically reimagined over the past several years, representing Universal’s checkered past.

After almost 30 years of faithful service, Cartooniversal would eventually be demolished in favor of a new multi-use building housing retail, park services, and guest amenities slated to open in the near future. 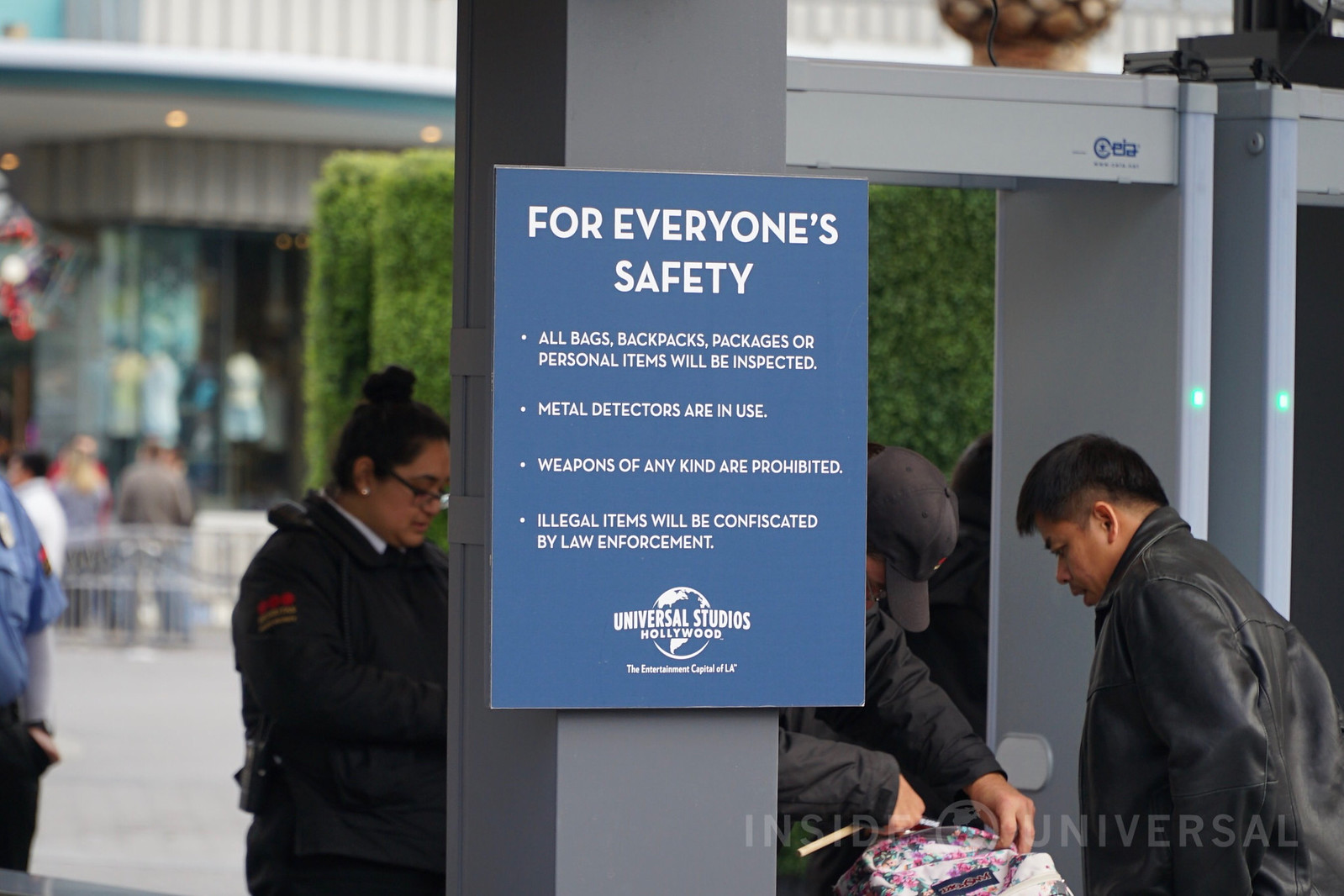 With theme parks across the United States ramping up their security protocols, Universal decided to follow by installing a large security perimeter around the park’s entrance. 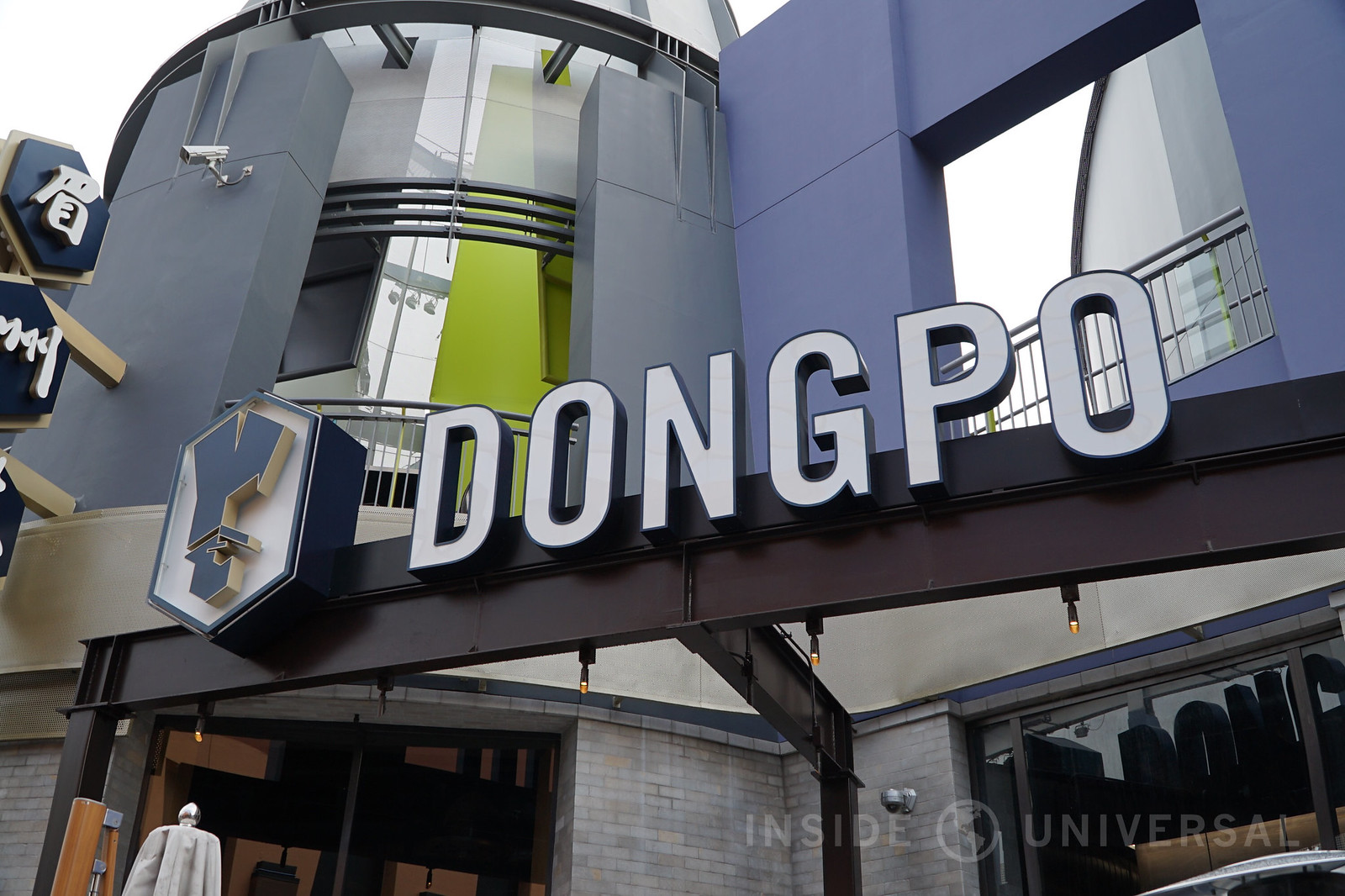 Following a string of closures, CityWalk began introducing new brands and concepts that would return the entertainment complex back to its original focus on unique cuisine. Beginning with the opening of LudoBird, CityWalk would introduce a string of compelling additions, including Dongpo Kitchen, Portland’s well known Voodoo Doughnut and Jimmy Buffett’s Margaritaville’s to Hollywood. While most of these venues have yet to open, these changes mark the most significant change to CityWalk since the addition of CityFood in 2000.

Oh, and did we mention the new Universal Cinemas?

3 – Changes on the Universal backlot 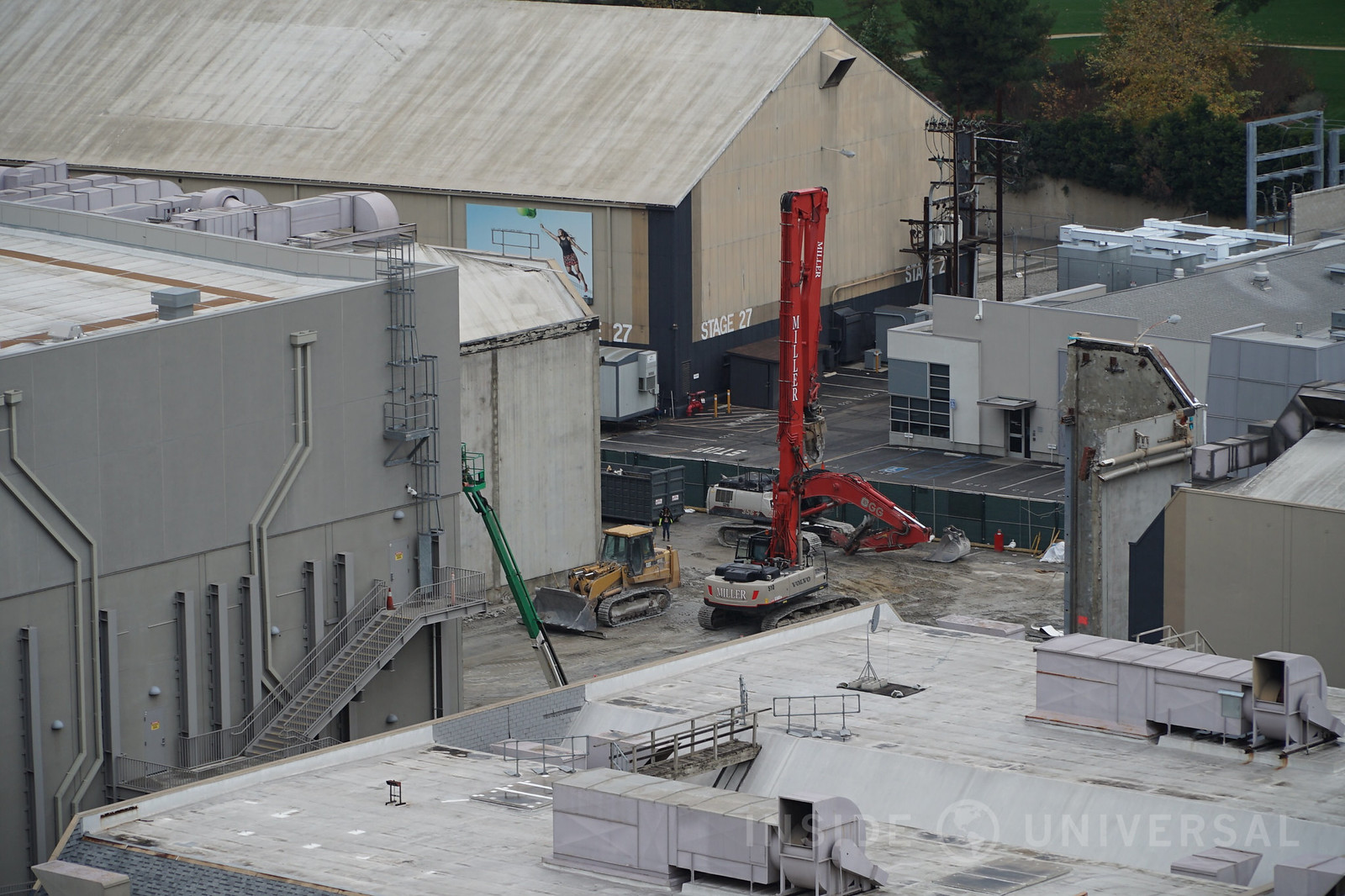 In similar vain to Universal’s original 5-year plan for the theme park, the studio introduced a dramatic development plan aimed at modernizing the famed Universal backlot earlier this year.

Beginning with the opening of two new state-of-the-art soundstages, Universal is embarking on a string of construction projects that would increase the production capacity of Universal’s lot. Unfortunately, the plan also called for the closure of Soundstage 29 and the historic Red Sea animation and the immediate demolition of Soundstage 31. Soundstages 22-25 would also close in the near future, paving the way for a significant Lower Lot expansion in the coming years. 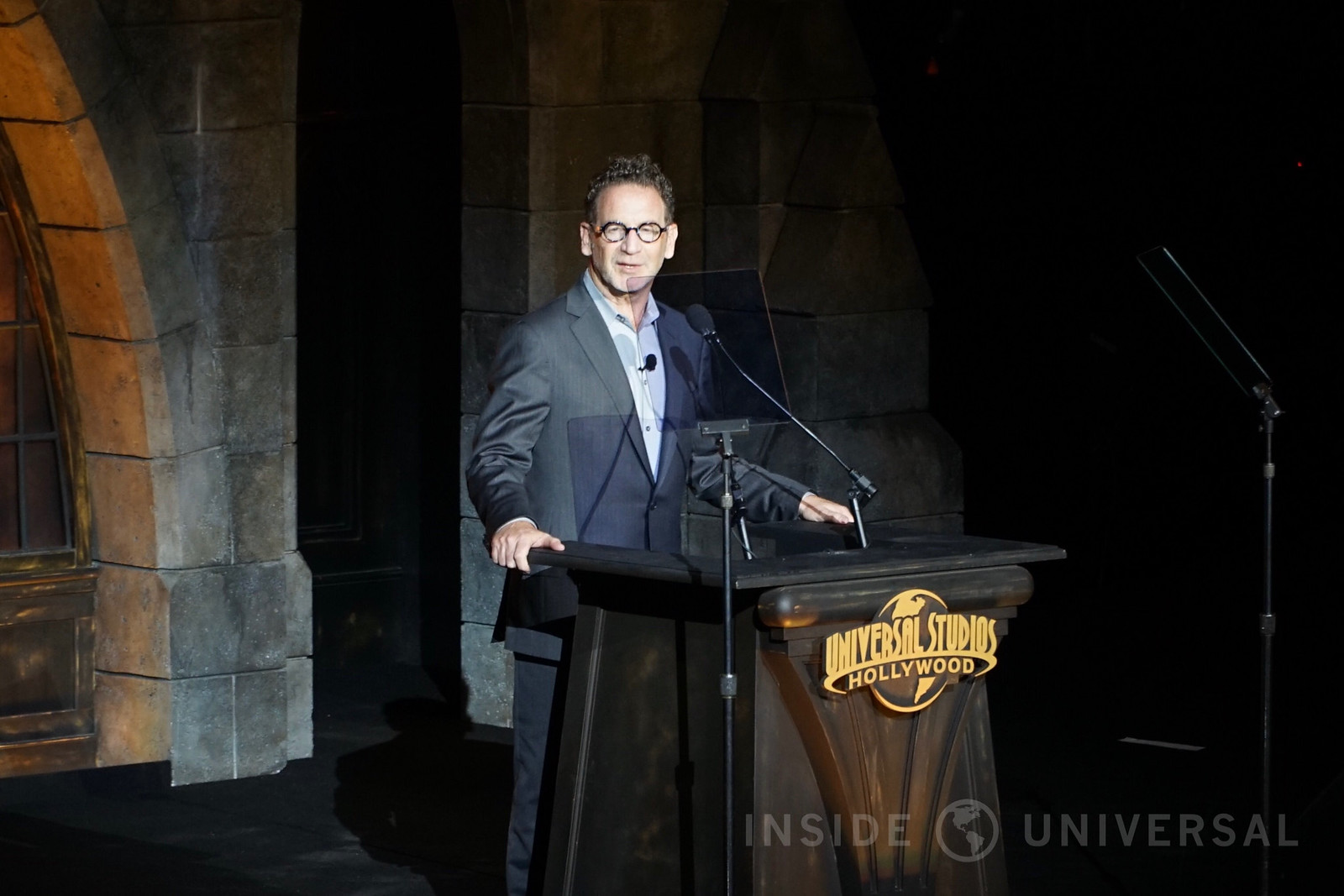 After nearly 20 years with the company, Larry Kurzweil retired as COO of Universal Studios Hollywood after assuming the role in 1999. During his tenure, Kurzweil was known for steering CityWalk and Universal Studios Hollywood through several significant and groundbreaking transformations, including the grand opening of the Wizarding World of Harry Potter, Springfield and several new tour animations. Kurzweil was also known for managing the park during difficult conditions, including the September 11 attacks, the 2007-08 recession and the dramatic backlot fire, eventually commandeering the company back to health in 2010 with the opening of King Kong 360 – 3D.

Karen Irwin, a former executive at Universal Orlando Resort, has been appointed to preside over the theme park, marking the first significant change in management in nearly two decades. 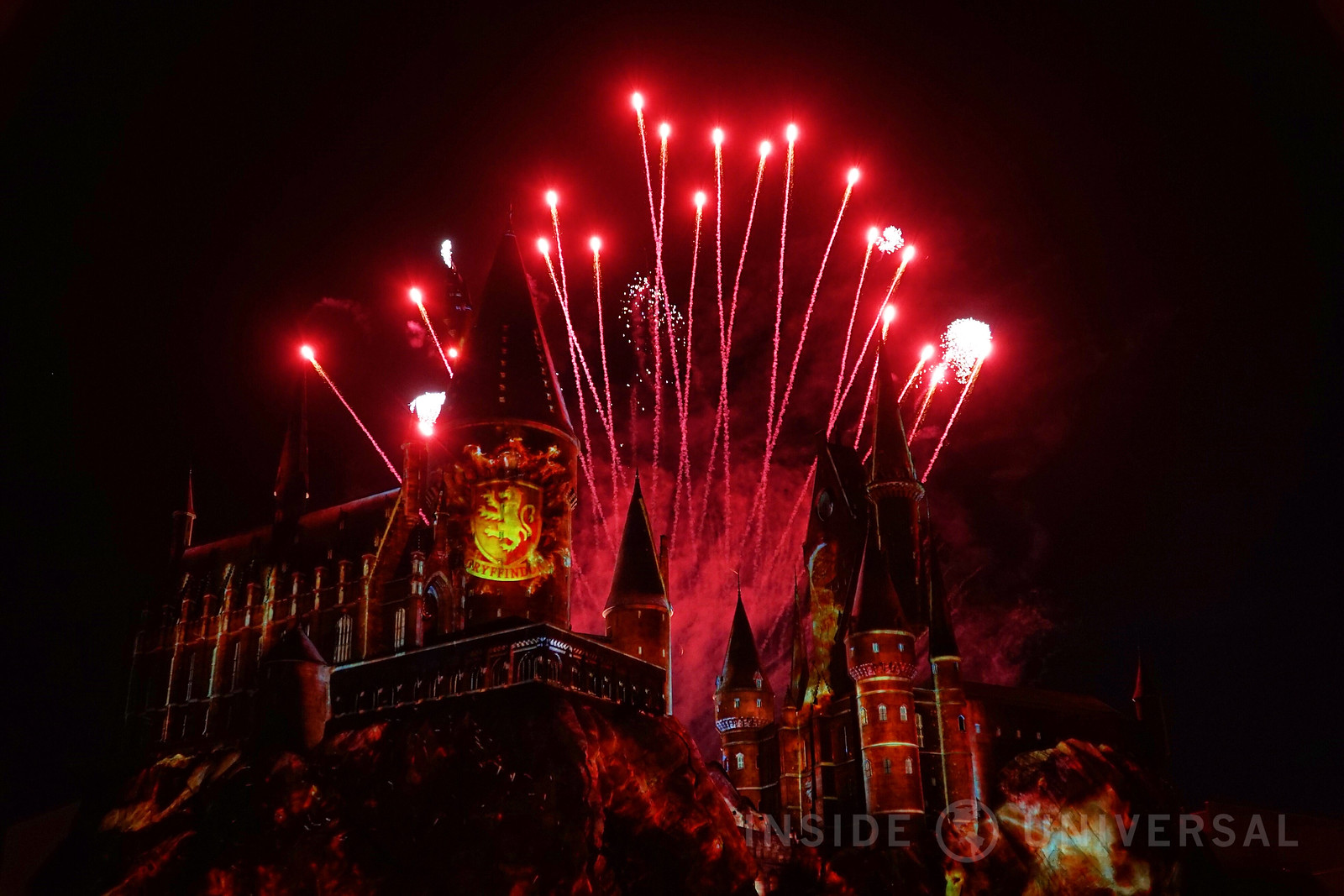 …and topping our list at number one is – you probably guessed it – the opening of the Wizarding World of Harry Potter.

After almost 5 years since the land’s original announcement in 2011, Universal Studios Hollywood finally opened up Hogsmeade in dramatic fashion with a phenomenal nighttime spectacular. While Springfield marked the introduction of immersive environments at the park, Wizarding World cemented Universal’s position as a formidable force in the Southern California tourism industry, capable (and all too willing, might we add!) of competing head on with the Disneyland Resort with a brand of unmatched tenacity.

Though the opening of Hollywood’s Wizarding World marked the third iteration of the popular land, Wizarding World West also capped off an unrivaled and unprecedented period of growth at the park that began with the debut of Transformers: The Ride – 3D in 2012. Since then, Universal has essentially redeveloped the entirety of its park, with a slew of new shops, restaurants and attractions that aimed to modernize the park’s then-aging infrastructure. No theme park has come close to Universal’s capacity and unrelenting drive for change. More impressive, Universal shows no immediate signs of stopping.

Here’s to what 2017 has in store. If the past five years have shown us anything, it’s bound to be exciting, if not interesting.