Last week, Universal was kind enough to invite us to the grand opening of Jimmy Buffett’s Margaritaville at CityWalk Hollywood! The afternoon was filled with delicious food, refreshing margaritas, and the man himself – Jimmy Buffett.

As the event kicked off, small samplers of Margaritaville fare were offered to guests, ranging from miniature Cheeseburgers in Paradise to the always-tantalizing Lava Lava Shrimp. To complement the samplers being served hors d’oeuvre style, Margaritaville also had small buffet areas set up to dish out Jimmy’s Jammin’ Jambalaya and Margarita Pasta. 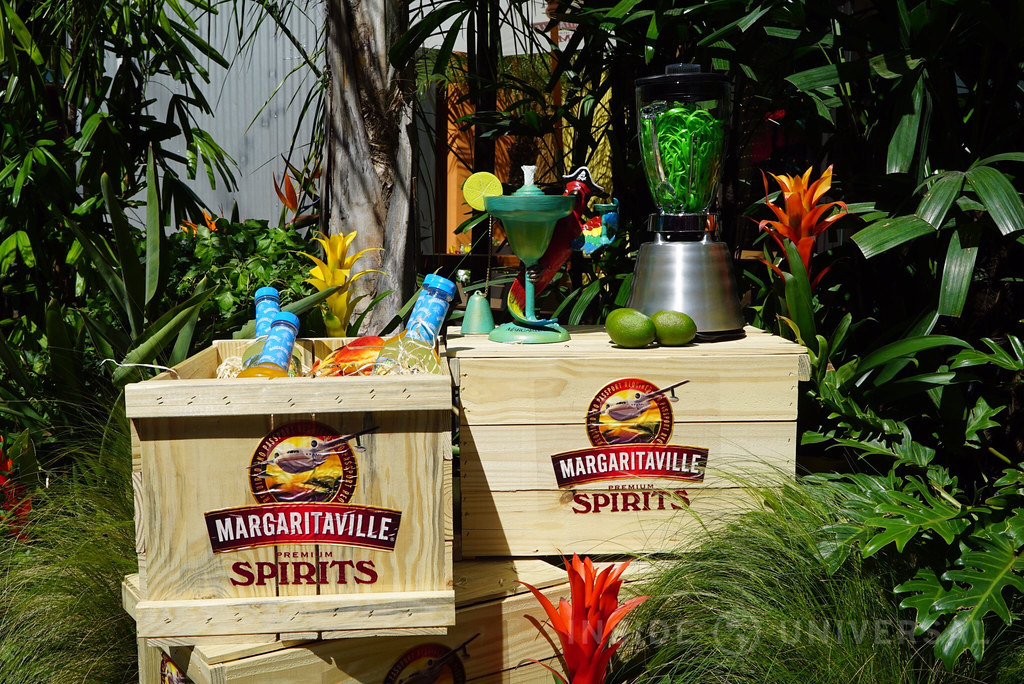 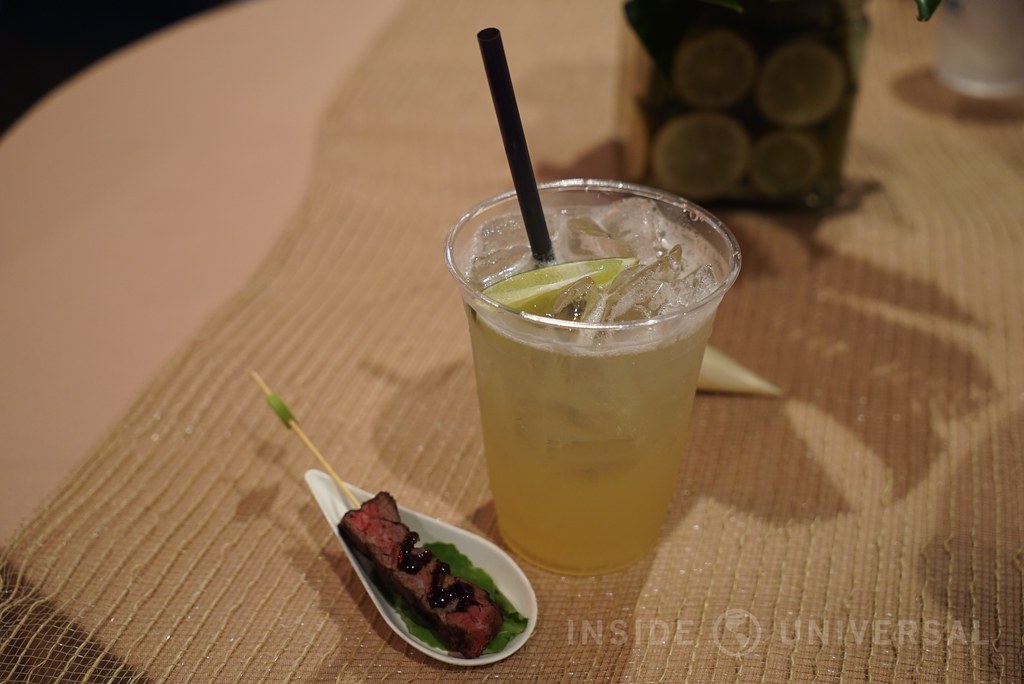 A steak fajita with a LandShark Lager. 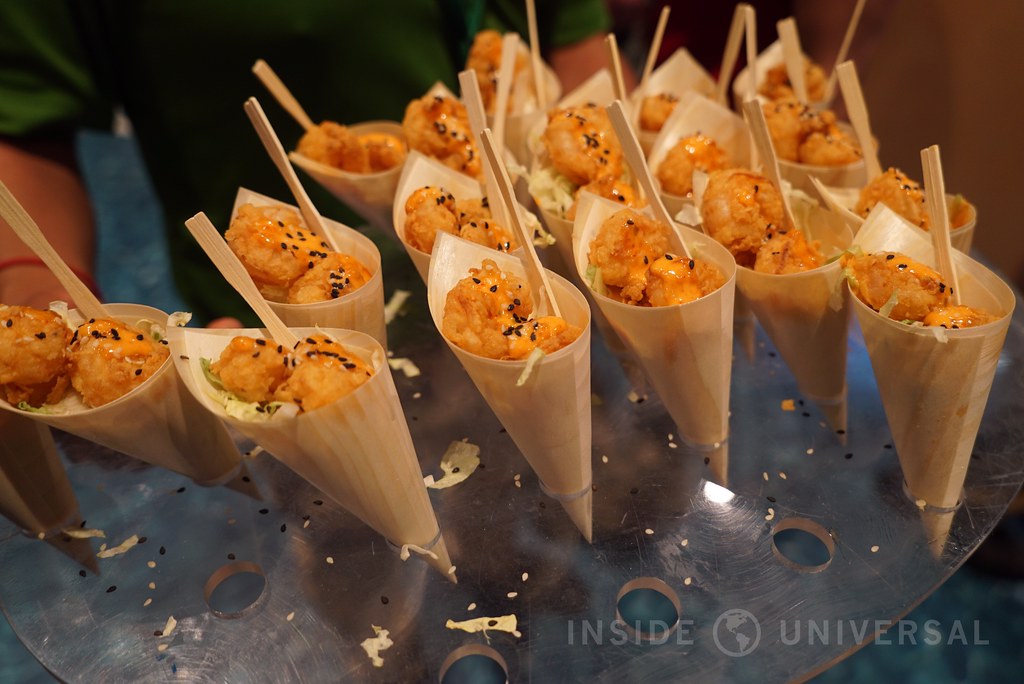 An array of Lava Lava Shrimp!

The food itself has an island-getaway-vacationing feel to it, with many dishes being directly inspired by Jimmy’s classic songs. Some notable dishes include the Steak Fajitas (which have a balsamic glaze drizzled on top alongside some tender, flavorful beef) or Jimmy’s Jammin’ Jambalaya (which is a tasty take on the classic dish with shrimp, andouille sausage, and chicken simmered in a spicy broth with rice). The showstopper – for me – has to be the Lava Lava Shrimp, which are lightly battered crispy shrimp showered in a spicy chili sauce.

Of course, when one is at Margaritaville, one is required to try out a limey libation. Simply put, one can’t leave the restaurant without trying out its’ namesake drink! Luckily for you, Margaritaville features over a dozen different kinds of margaritas among other mixed drinks. The drinks are tasty, strong, and are priced relatively well considering the CityWalk area. At the event, I was able to try a Who’s to Blame, which is a standard margarita with gold tequila, triple sec, and mix. It had a perfect balance of tequila to mixer – not overly sweet – with the salt rim helping level out the sour. The restaurant even features their own beer called LandShark Lager, which is akin to a Corona. We suggest trying this drink with a lime. 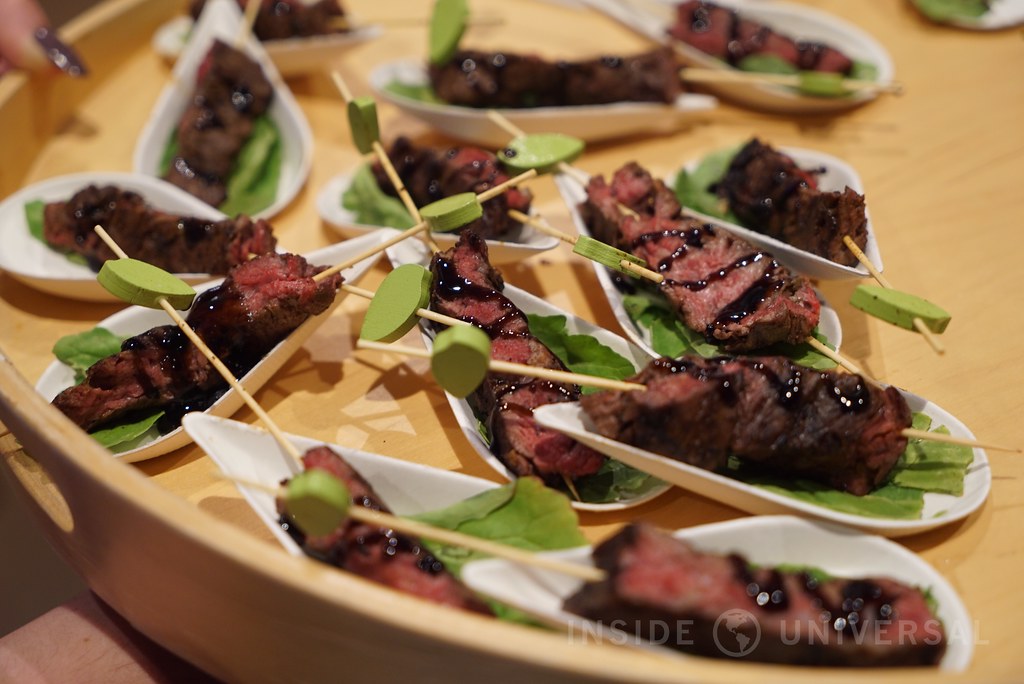 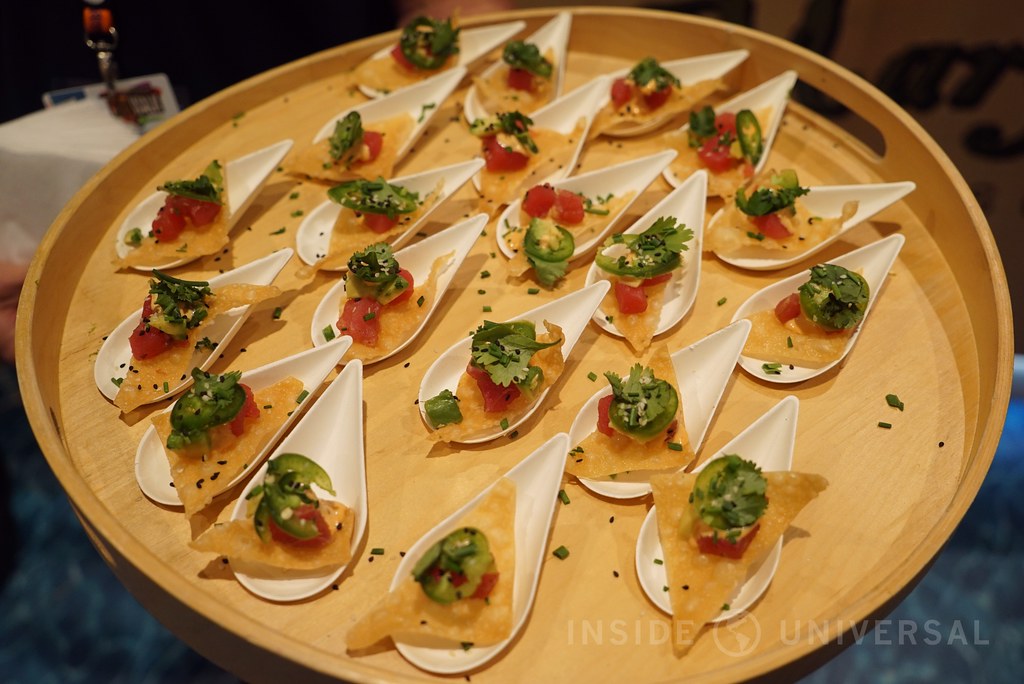 A sampling of Poke Nachos. 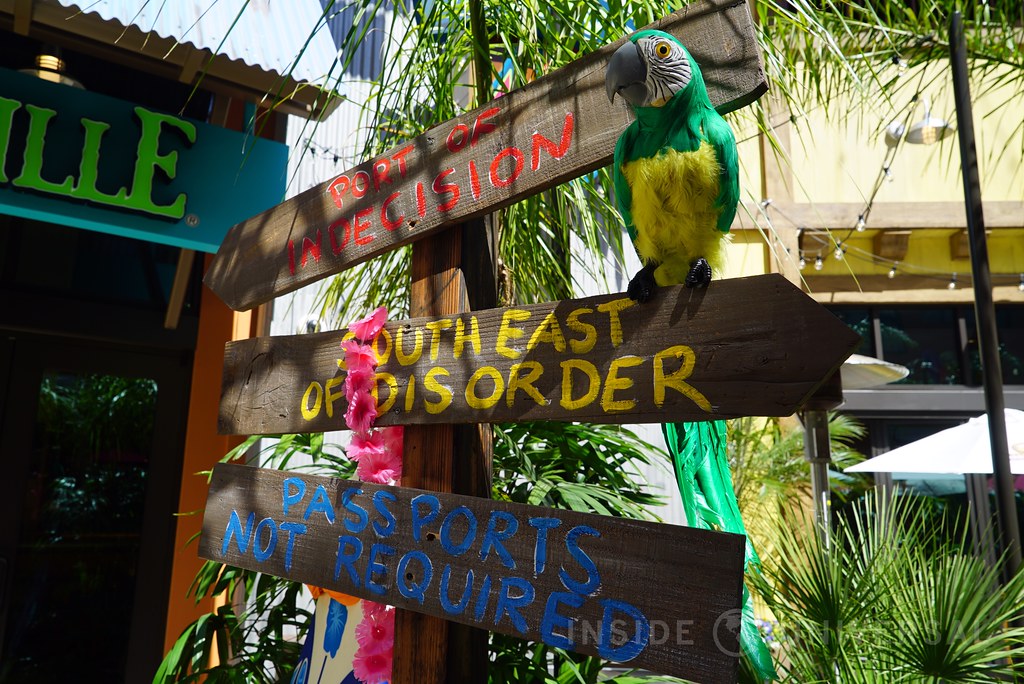 Of course, when five o’clock rolled around, it was time for Jimmy Buffett and the Coral Reefer Band to take the stage. He was in high spirits and greeted everyone warmly as he quickly jumped into his classic repertoire of songs starting with the very apt “The Tiki Bar is Open” and heading into no brainers like “Cheeseburger in Paradise” and of course “Margaritaville.” The show was also streamed live at Five Towers – a nice touch that allowed Universal to include general guests in the festivities. Indeed, it seemed that everyone in attendance (including those working the event) were all having a great time. All in all, this was one of the most uplifting live shows I’ve seen in quite some time.

Once the show was over, the party continued for another hour or so as the attention focused to dessert. I tried the Key Lime Pie, which was quite delicious. Much like the margaritas, the pie was not too sweet, nor too sour, resembling a margarita in pie form.

In short, the team members were outstanding, the food and drink both hit the spot, and Jimmy Buffett’s laid back and happy attitude was contagious to everyone in the room. I highly recommend you check out Jimmy Buffett’s Margaritaville – now open at CityWalk Hollywood!