Happily Ever After debuted on Friday night at the Magic Kingdom, just a day after guests said farewell to the long-standing Wishes nighttime show.
The 18-minute spectacle features moments from classic Disney films and is a bigger spectacle in every sense of the word in comparison to Wishes – featuring characters and scenes from more than 25 Disney films, with state-of-the-art projections, enhanced by more than 50 choreographed spotlights, lasers and plenty of fireworks.

And yes, Tinker Bell still flies across the sky.

Heavy crowds were in attendance during the 2-day period. On Thursday, crowds began to wait for their spot around 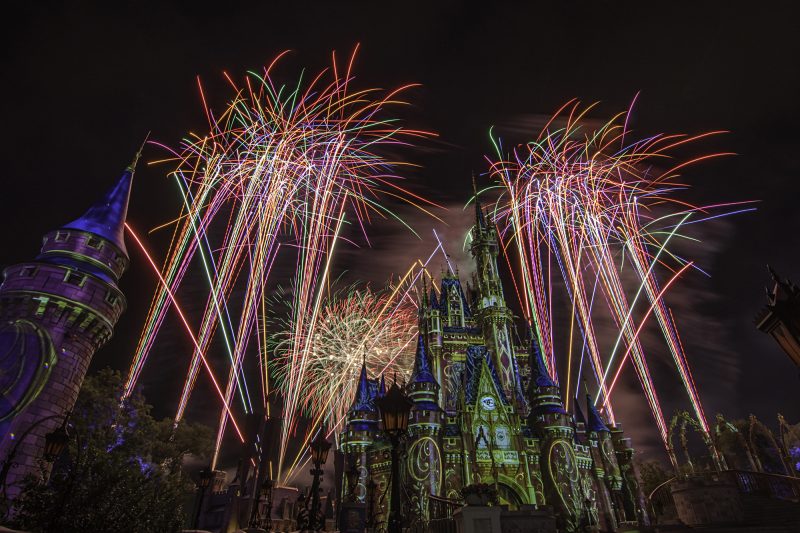 the castle hub in the very early afternoon to say goodbye to Wishes. For many, Wishes meant a little more than just a “fireworks” show during its 14-run; with countless proposals and memories formed in front of the iconic castle. On Friday, it seemed many were just as eager to see something new as crowds converged again into the hub very early to grab a good spot for Happily Ever After’s debut.

Happily Ever After looks to inspire guests to become part of the journey themselves as they follow favorite Disney characters on an adventure to seek out their destiny, face adversity and ultimately fulfill their dreams on the road to their happily ever after.