In part two of our inside look at this year’s Halloween Horror Nights at Universal Studios Hollywood, we take a look at The Shining with Creative Director, John Murdy.

During our tour, Murdy mentioned that they’ve wanted to do The Shining for ten years now. The amount of detail that went into the construction of The Shining maze goes to show the love, dedication and respect Murdy and his team have for the mazes they create.

“Like the Exorcist, it’s an incredibly difficult property to translate into what we do here at Halloween Horror Nights or any live experience. That’s because like a lot of films of its era, it’s a slow burn. It starts off slow and the action builds in intensity.” says Murdy. 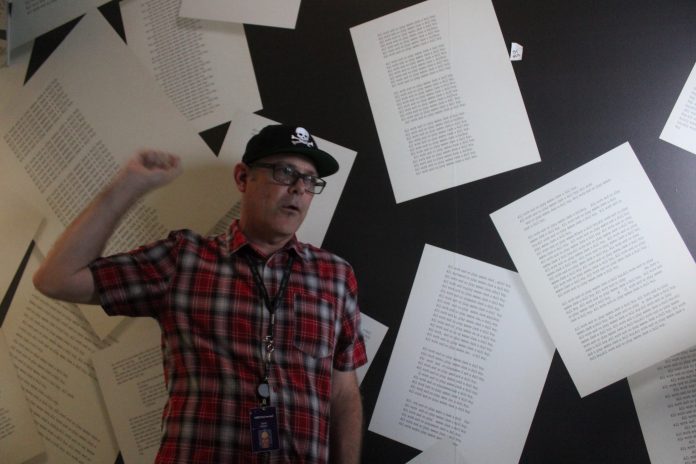 As you come upon the façade of the maze, guests will hear the interview between Jack Nicholson’s character, Jack Torrance, and Mr. Ullman; for the caretaker position at the Overlook Hotel – in which Jack learns about the previous caretaker, Charles Grady.

The Shining is a film that features many iconic scenes and elements – including dialogue, scenery and imagery. As Murdy mentioned earlier, the film is a slow burn – so to balance the mood with a maze where you need to scare your guests proved to be quite the challenge.

You will enter and exit the maze going through the infamous hedge maze seen in the film. From there, you’ll encounter the first iconic moment from the film – the REDRUM door. 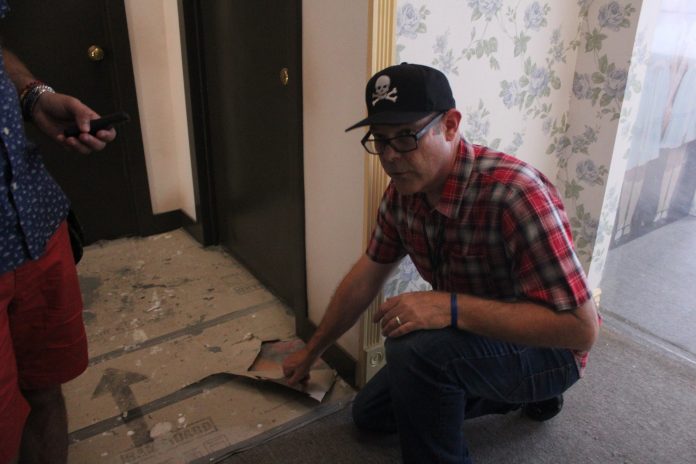 As we were walking the maze, we came upon a set of doors with room numbers on them. Murdy mentioned that the font choice for the numbers was different then what was originally used in the movie – so he had them redone to match what was used in the film. As guests, we move quickly through the maze, so many details such as the room numbers would go unnoticed – but Murdy, along with art director, Chris Williams, made sure to balance the presentation and respect for the film.

Projections, Pepper’s Ghost effects, and lighting effects will be used to enhance the experience for the guest, and use different tricks within the confines of the maze. With the extensive use of projections and other effects, guests should really experience this maze once the darkness sets in. Avoid going during Early Entry as the possibility of light seeping in. 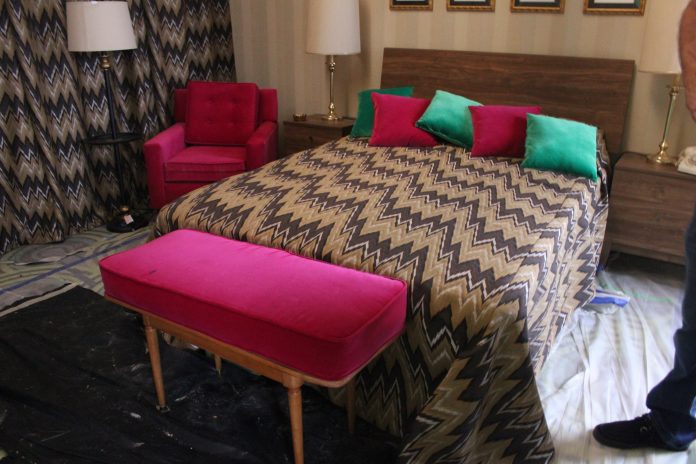 You’ll encounter all of the iconic scenes from the film – from “Heeeerrre’s Johnny”, to the bloody elevator, to Jack chasing you through the hedge maze with an axe.

Towards the end of the tour we were able to ask Murdy a question regarding The Shining.

Inside Universal: What’s the difficulty in developing a maze with outside elements, as you don’t have the use of a soundstage?

John Murdy: Yeah, you can cover about forty percent, is what you can cover in ceiling coverage in a maze. There’s actually specific code for mazes these days that have been developed over the years because it’s become such a big thing. Usually we’re covering interior scenes and not exterior scenes, but it’s always about picking and choosing which scenes need it the most. If you’re doing “Pepper’s Ghost”, absolutely you have to cover it – because it’s so light dependent.

That will conclude our behind-the-scenes look at Halloween Horror Nights. The event begins on September 15, 2017.