Bill and Ted’s Excellent Halloween Adventure has officially ended, seeing the duo “go back to 1991” to go on and become the “Great Ones”.

After months of dreading the moment, it came and went with one hell of an emotional roller coaster on a bittersweet Saturday night. Fans lined up as early as park opening to ensure a spot to see the much-anticipated final show.

As for the show itself, it was all a fan could ever ask for. Besides the countless improv moments – which has been a staple of the final show of the event for years, the show featured several popular callbacks to year’s past, including the return of Elsa’s “Do you wanna eat a snow cone?”.

The audience was engaged with every single moment, showering the cast with cheers and emotions as each line was recited – and the performers showed their appreciation every chance they could.

As the show started to wind down, Bill & Ted addressed each other by their real names (PJ & Jason) to say that “It’s been an excellent adventure”. During the final moments, all the supporting cast dressed as either Bill & Ted to came out to dance in the crowd. When the show officially ended, they each went to hug and show appreciation to PJ & Jason before heading to the back.

As the duo thanked the crowd for 26 years of Halloween adventures, Rufus appeared to bring them back in time, proclaiming “Gentleman, we’re history”.

Before leaving, Bill & Ted left the audience with one last request –  “Be excellent to each other” and to “party on, dudes!”.

In all my years being a theme park fan, whether it be as a young child, or covering it for this site, I have never been a part of a moment than what we experienced that night. One could accuse me of falling for the “final show hyperbole”; but being in that crowd, feeding off their vibes and emotions, and the performers giving it right back, it was truly something special and something that will never be topped.

This was my 16th year attending Halloween Horror Nights, and 14th seeing Bill & Ted. I’ve seen that show grow from a fun side-act to full-fledged staple of the event. It’s where fans came together each Fall to see what it was in store; and whether it was “dumb as hell” or a great show, we always came back for multiple viewings. It became such an important part of Horror Nights, it still seems surreal that it’s not coming back.

So thank you, Horror Nights; and thank you to the cast and crew of Bill & Ted – both past and present. What I experienced on Saturday Night was truly something special, and the perfect send-off for a 26-year tradition.

Anyone who knows me knows that Halloween Horror Nights is in my blood. For the past 10 years, every month on the calendar is just another month closer to mid-September.

But it was not always this way.

However, the one thing that truly made me want to attend was Bill & Ted’s Excellent Halloween Adventure.

I can remember seeing clips and poorly-filmed bootlegs from the 2005 and 2006 shows, and decided that I was finally going to experience the event for the first time in 2007.

The rest was history.

Bill & Ted was my introduction to an event that has become so important to me. It has helped me become the person I am today. Most importantly, Halloween Horror Nights has introduced me to some of the best people I’ve ever met. For years, I counted down the months, weeks, and even days, to be reunited with friends who all descend upon Universal Orlando during those fog-filled nights – so much so that I now call Orlando my home; to be with these people year-round.

I was lucky enough to attend the final performance of Bill & Ted with some of those people. Between the show, and all of us sharing those final moments of something we all adored so much, it’s truly something I’ll never forget.

This show has meant a lot to me. If it weren’t for Bill and Ted, I don’t know if I’d have some of the people in my life that I do today.

And for that, I say thank you.

Thank you to the cast, the crew, and everyone who has ever worked on the show. As much as I hope to see the Wyld Stallyns return down the line, I can’t think of a better sendoff than what we received on Saturday night.

If we take away anything from 26 years of this show it should be one thing – Be excellent to each other. 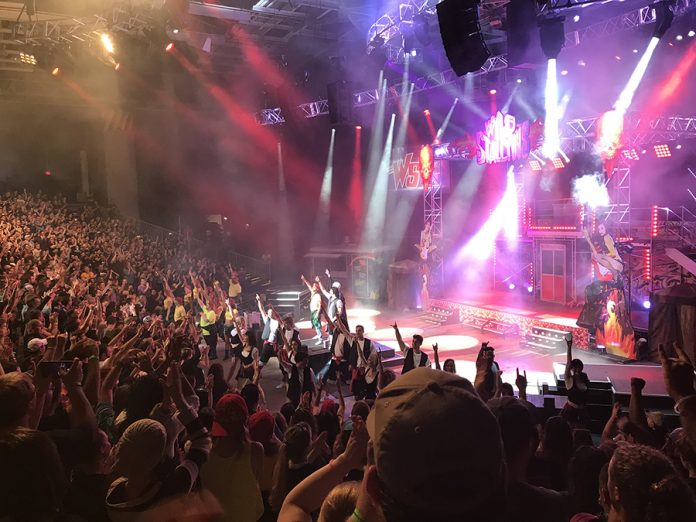