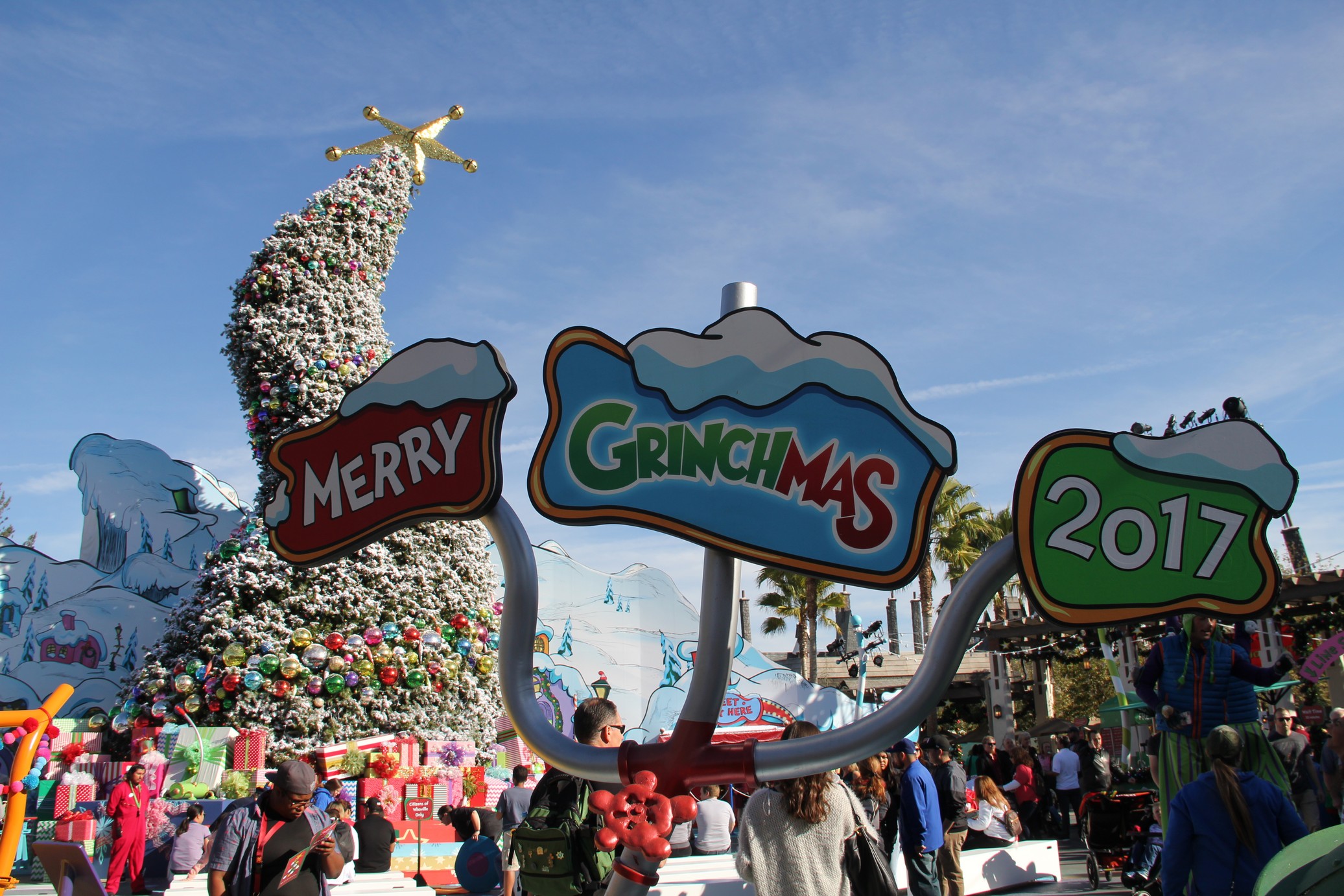 Grinchmas is back again this year at Universal Studios Hollywood. While the event does not offer anything new in terms of entertainment, the event is as fun as it’s been and the food options are tasty.

Grinchmas offers four unique shows in Story Time with Cindy-Lou, Martha May and the Who-Dolls, The Wholiday Singers and the Tree Lighting Ceremony.

Story Time with Cindy-Lou is an opportunity for kids of all ages to hear the re-telling of “The Grinch Who Stole Christmas” – featuring a large book with pop-up illustrations. The show is great for the little ones, as they are encouraged to sit closely and listen to the eight-minute reading.

Martha May and the Who-Dolls is a six-minute musical revue which highlights several classic holiday songs. Since the addition of live singing a couple of years ago, the show brings a nice simple song and dance to the event – with the opportunity for some funny audience participation. Over the years, the show has seen many reversions, including its original show being performed on the Blues Brothers stage, but with different characters dancing to the same songs and script. 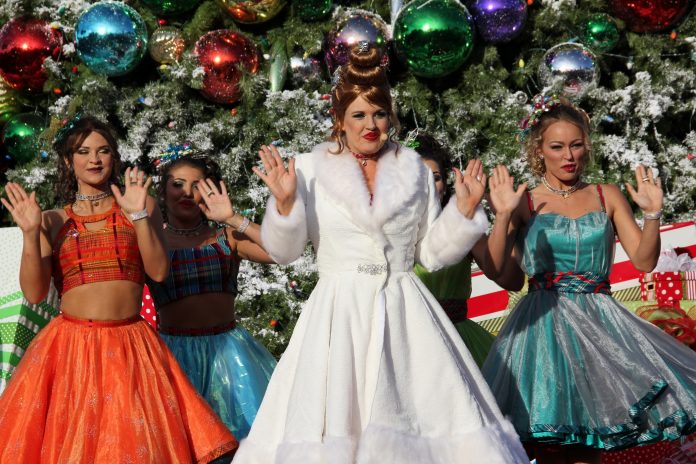 Whoville’s favorite boy band is back again, performing some of today’s popular hits with their own “Whoville” twist. The Wholiday Singers pack in the crowds, as this show has become a favorite for certain fans. Other than the group’s attire, the show hasn’t changed at all. If you’re a fan of beat boxing, or upbeat musical acts, this show is definitely for you.

The highlight of the event is the nightly tree lighting ceremony. The ceremony brings together the citizens of Whoville for their Whobilation celebration when the Grinch accidentally knocks out the power to the town and the tree. Eventually, the Grinch restores power and the town celebrates the night with festive lights, music, and snow. The only downside to the show is the three minute and eighteen second run-time. 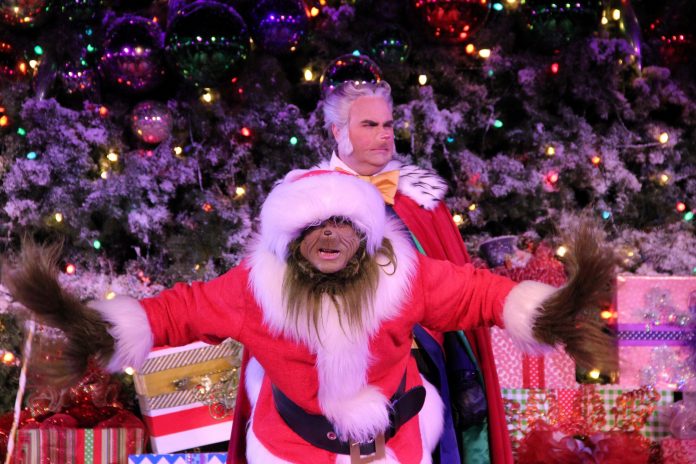 Beyond the shows, the event offers multiple photo opportunities for guests to grab a photo with some of the citizens of Whoville, Max the dog, and the Grinch himself. Due to the extreme popularity of having a photo taken with the Grinch, we recommend getting in line first thing when the park opens or waiting until after dinner time.

If you’re looking for something fun to do as a family and help those less fortunate, be sure to stop by the Whoville Post Office and fill out a postcard writing three good deeds you did in 2017. For every post card you fill out, Universal Studios Hollywood’s Discover a Star Foundation will make a donation to School on Wheels. After you fill out the post card, drop it in the mail box and let one of the team members know. They’ll hand you a map where you’ll need to walk around Whoville and find hidden objects. Once you’ve found the six objects, return to the Post Office and you’ll be handed a special Grinchmas 2017 bracelet. 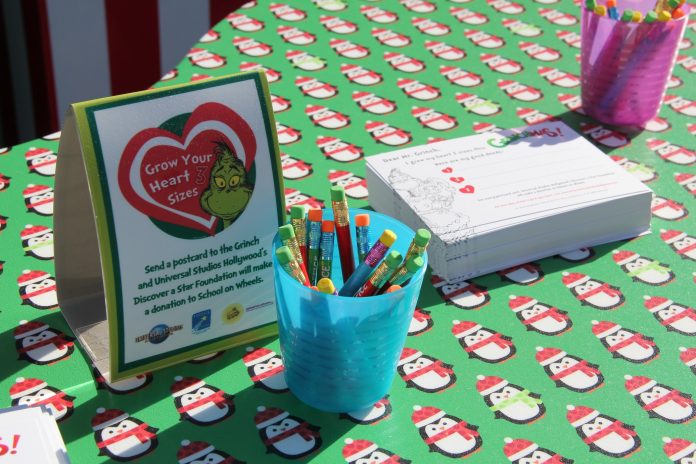 For those wanting to celebrate the Holidays in a relaxing way, head on over to the Trim-Up The Tree Lot to create a paper ornament – which you can hang on one of the many trees in the area.

This year, Hollywood has rolled out new delectable treats for guests as they’ve introduced holiday themed cupcakes, candy apples, cookies, doughnuts, and the fan favorite, mini-donuts. Corporate Executive Chef Eric Kopelow and his team have done an amazing job with their unique creation of treats for the holiday season. 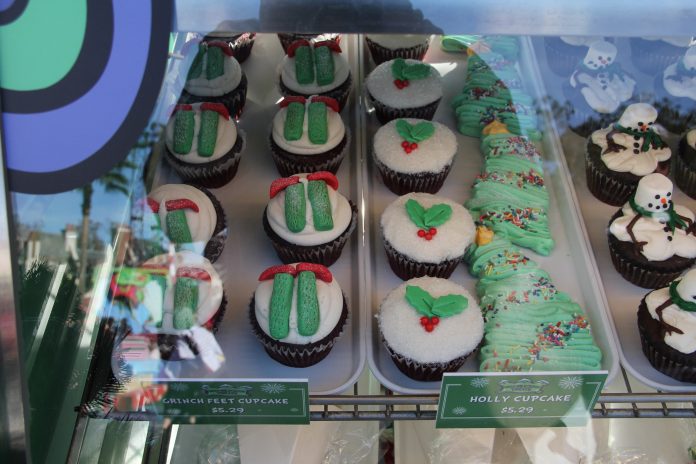 Noticeably absent from this year’s Grinchmas event was the mini show on the Whoville sets on the Universal Backlot. No word as to why it’s gone, but it is gone.

Brief History of Grinchmas in Hollywood

Grinchmas’s first run in Hollywood began back in November 1999, where guests were able to traverse through a maze in The Grinch’s Cave – which was located in the former House of Horrors attraction – and slide down some ice to see a stage show on the old Blues Brother’s stage. The event went away in subsequent years until it was brought back in 2008, where it was held in the old Nickelodeon Blast Zone. The returning event introduced their first full on snow play zone, along with the first mini show using the Whoville sets from the 2000 live-action film. In 2009, the event moved over to the defunct Wild Wild West arena with a much larger snow play area.

In 2011, Universal demolished the Wild Wild West set and brought in large grand stands for a new show which included a celebrity reading of The Grinch Who Stole Christmas. By 2013, the event featured much of what guests see today, with the current set-up inside Universal Plaza. While the Grinchmas offerings inside Plaza have moved around and changed up a bit, the event continues to bring in huge crowds throughout its run. 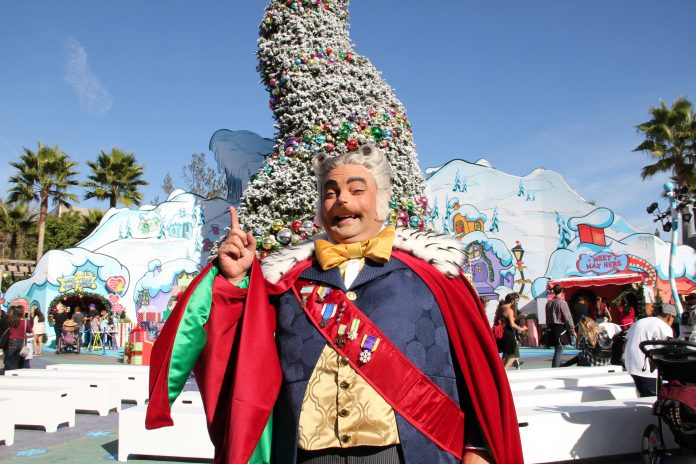 What makes Grinchmas an enormous success for the park? It’s the talent of the actors that bring to life Whoville day in and day out. Every interaction a child has with one of citizens of Whoville leaves a lasting impact and a huge smile to go with it.

Universal Studios Hollywood boasts it’s strongest holiday line-up to date with not only Grinchmas but it’s newest addition Christmas in the Wizarding World of Harry Potter featuring the new nighttime spectacular The Magic of Christmas at Hogwarts Castle.

Christmas in the Wizarding World of Harry Potter runs now through January 7.

Be sure to follow Inside Universal for continuing coverage of Universal Parks and Resorts. For more videos from the event, please visit our YouTube channel. 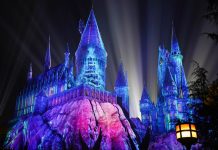 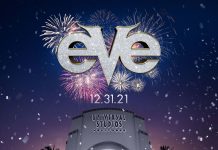 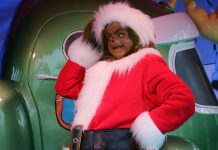 The Holidays return to Universal Studios Hollywood for the 2021 Season