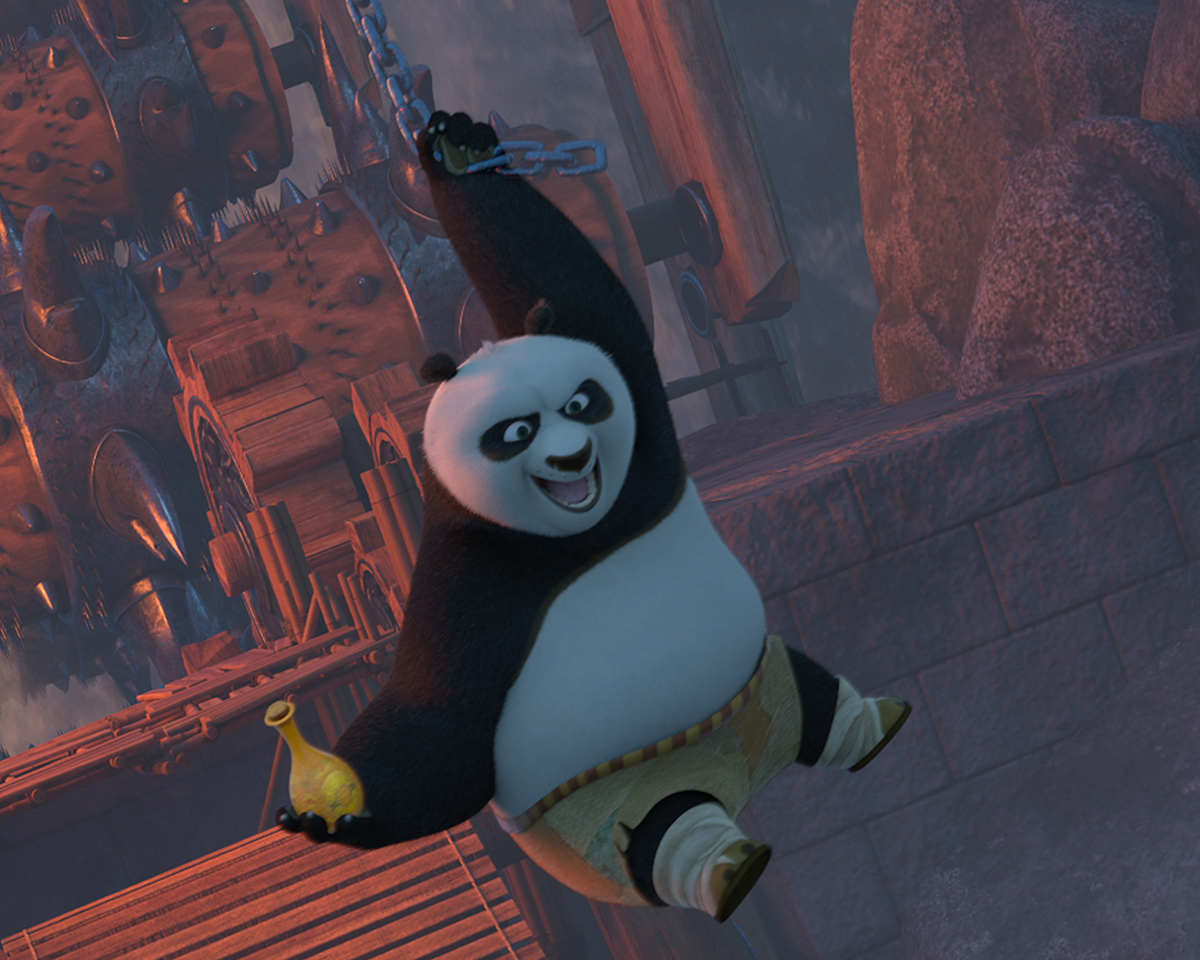 If you’ve been following along on our photo updates, you may have noticed that Shrek 4D had closed down in August last year to make way for a new attraction. On June 15th, the former Shrektacular spot will now be home to the DreamWorks Theatre featuring “Kung Fu Panda: The Emperor’s Quest”.

We were able to get a special behind-the-scenes tour of the new attraction before it officially opened, which allowed us to get a real in-depth look at the final touches being put on the newly-transformed location. While it ultimately is still a theater-type attraction playing a 3D film, virtually everything else has been redone.

Previously, Shrek 4D had no real entrance – aside from trying to walk near the ominous sign. This has been corrected with the new facade out front, resembling a fancy ticket booth complete with a napping Pinocchio inside the box office. The new entrance also matches perfectly with the rest of the redone shops and restaurants at the entrance of the park with its mission-style architecture. No more faux-castle skin.

While no other films are being planned for this spot currently, it is as much the new home of DreamWorks as it is for Kung Fu Panda. All of DreamWorks’s films are represented here, with movie posters decorating the wall; even the cabinet in the pre-show room is stocked with the actual awards they’ve won.

It’s also a testament to how far technology has come in the decade and a half since Shrek 4D debuted. Digital projection has allowed for transforming environments and seamless merging with physical sets. Unless it’s pointed out to you beforehand, picking out which elements are physical and which are projections in the pre-show and auditorium is quite a task.

While screens are still involved, surprisingly there will be no use of 3D glasses. Universal explained that the 3D glasses limit your field of view, so it would have diminished the experience of the attraction. That’s because it’s not just the front wall of the theater that’s in play now, but the entire left and right side walls, too – extending the experience almost all around you. As such, we’d recommend aiming for a seat near the back of the theater to take in the fullest view possible.

The back half of the theater has been redone with stadium seating, complete with all-new seats – which are individually placed, rather than being a rack of shaking chairs. Motion, wind, and water effects will be involved, but the visuals and sound are the key elements being pushed in this new experience. 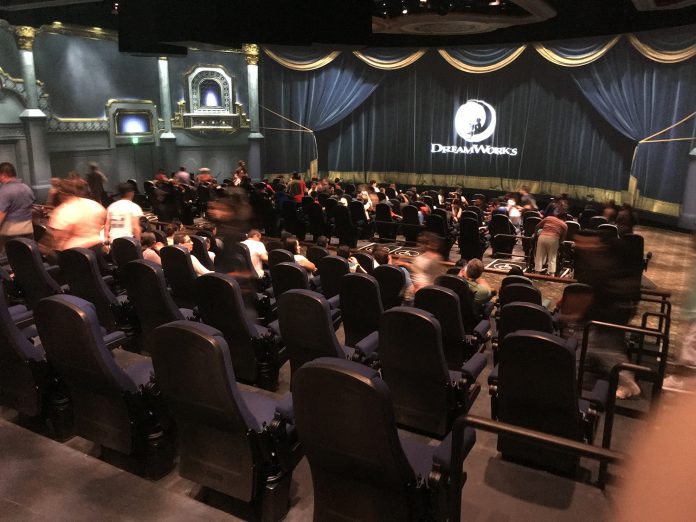 If it sounds like we’re gushing about the new theater, it’s because we are. The radical change in under a year into this new structure has been nothing short of amazing. The fact that they chose to put their actual awards on display only goes to show how seriously Universal is taking this.

They made it clear that for the foreseeable future, only Kung Fu Panda: The Emperor’s Quest is the sole film they intend to feature, but we would personally love to see what other possibilities and franchises can be brought to life in this theater.

Since our behind-the-scenes tour, the attraction has opened for technical rehearsals. For Passholders, you should have already received two notifications for special passholder-only previews of the attraction beginning June 3rd. We look forward to seeing your reactions, too.