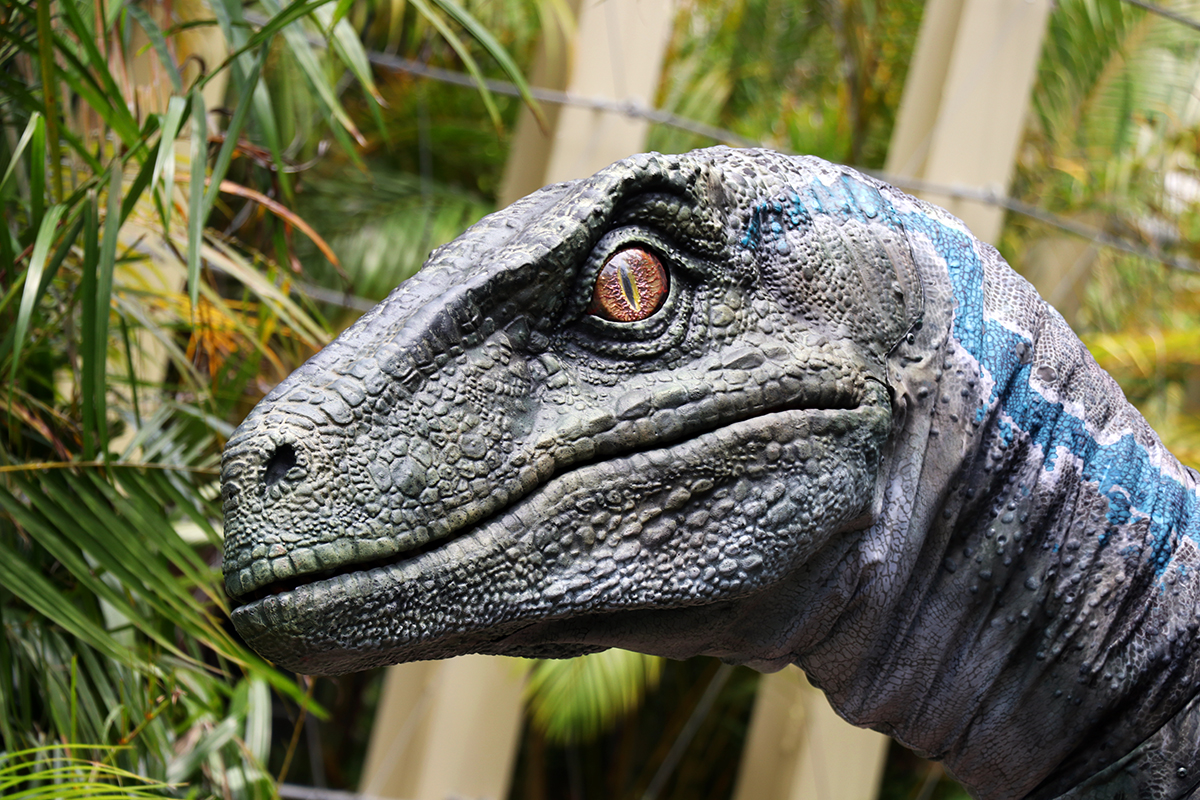 Blue has arrived at the Raptor Encounter Meet & Greet at Universal Orlando and Universal Studios Hollywood.

The new puppet was brought to life for the “Raptor Encounter” employing the exact computer-generated model and images used to create her for the big screen; and features a lot more realistic qualities compared to previous puppets, including blinking and sneering.

Each Raptor bares 56 razor-sharp, bone-crushing teeth and lunges forward with curved talons that extend up to 12 inches from their 18-inch-long feet.  Towering 12 feet in height and 15 fee – from tail to snout.

Blue, of course, became popular after her debut in 2015’s Jurassic World – where she was the Alpha of her Raptor pack and was the beloved dino of Chris Pratt’s character, Owen.