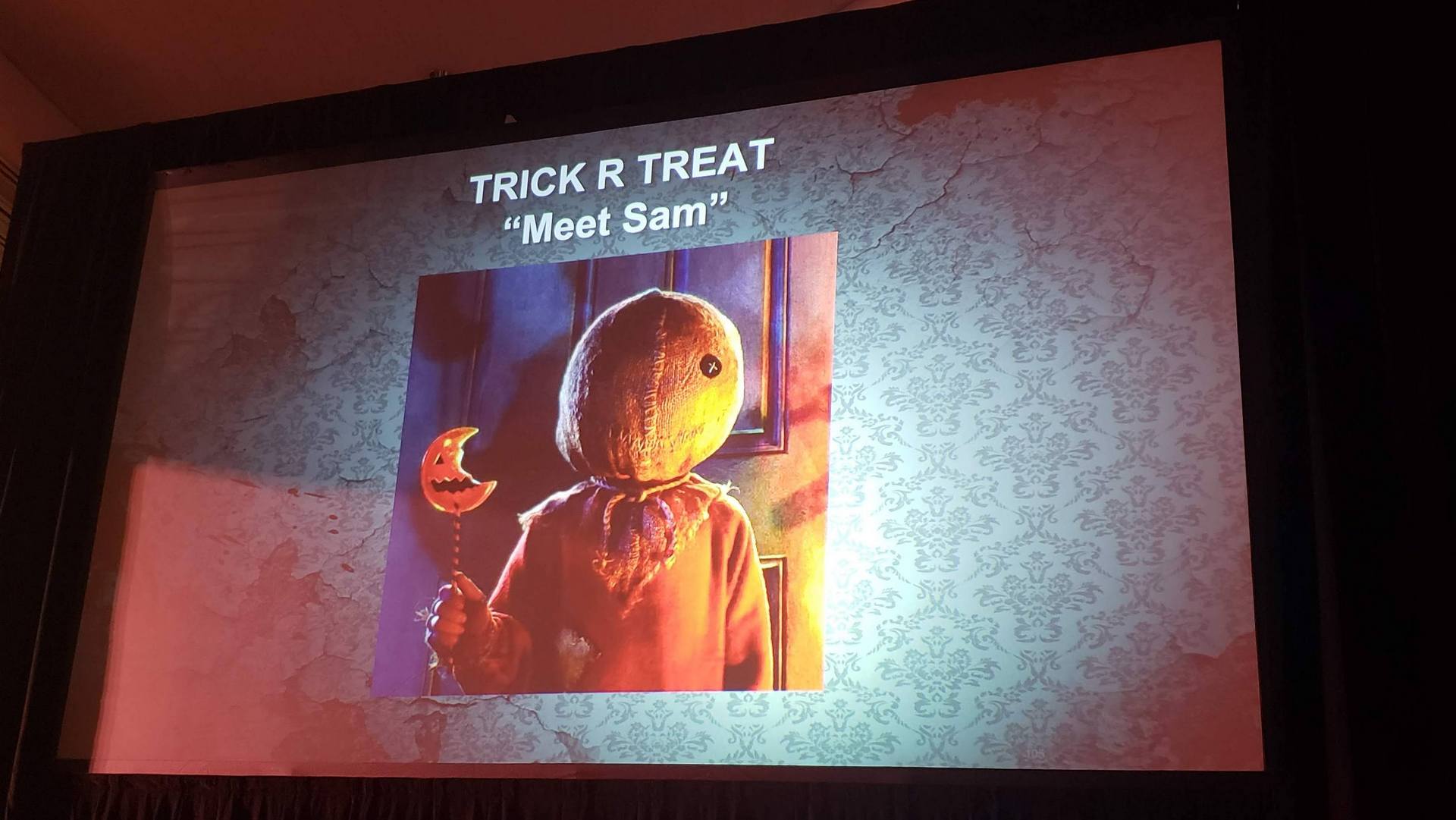 By now, there’s a familiar pattern to these panels at Halloween events. Each company has their own twist, but it’s generally started with introductions of the people, banter about the previous years and then a good amount of the remaining time spent on revealing new information. 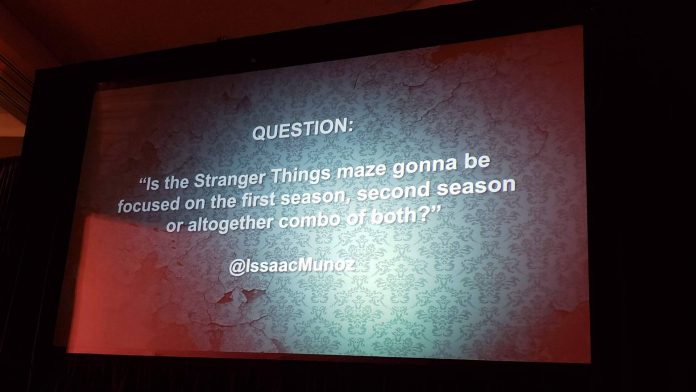 This year, the Halloween Horror Nights panel was anything but traditional. In a literal first, John Murdy, Chris Williams and Micahel Aiello all appeared together on a stage. Murdy, a frequent presence on Twitter, had been collecting questions, and saving up the responses for this panel. He made sure to pick questions that could apply equally to all three of them, so everyone got an equal share of time. 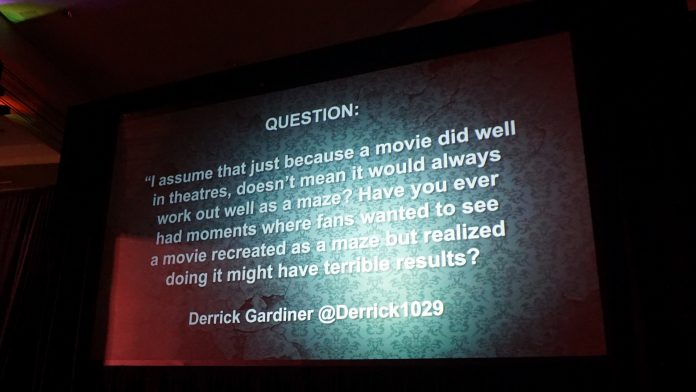 If you’ve attended previous panels Murdy has done, many of the details will be familiar, regarding how he started and how treatments are created for mazes, but getting an insight into the looser style for Orlando was a nice contrast, especially since so few people have visited both coasts during HHN. 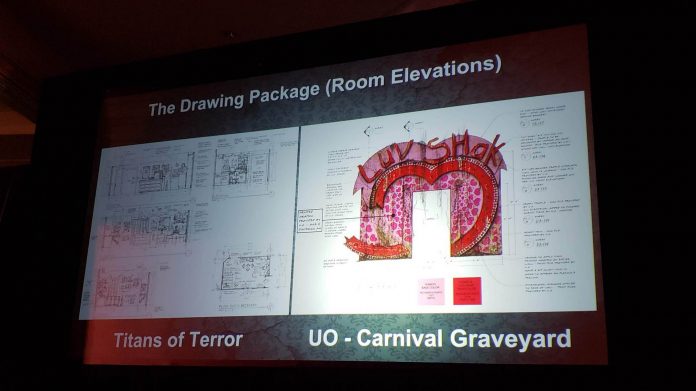 And if you’re curious about the responses to these questions, Stranger Things will be exclusively focused on season one, and Murdy strongly implied that it would be a returning maze, so look for season two in 2019. As for the second one, they’ve said they felt confident about their results, especially the difficulty of tackling The Shining and The Exorcist. 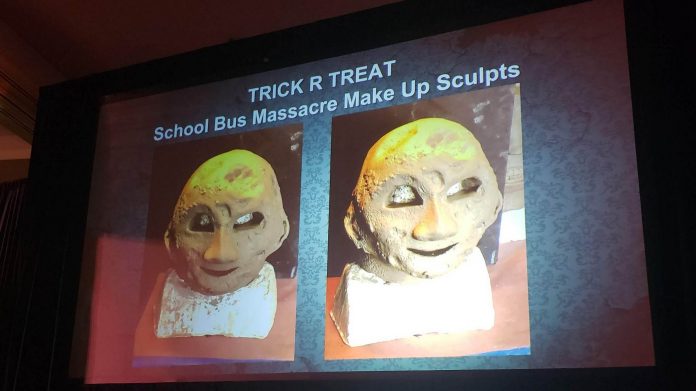 After the Q and A wrapped up, they went into details on the existing announcements, specifically the designs of masks for the Trick R Treat maze and how long they’ve wanted to have a maze for it. That’s when Murdy let slip it will also have an accompanying scare zone, as well, the most substantial announcement of the panel. 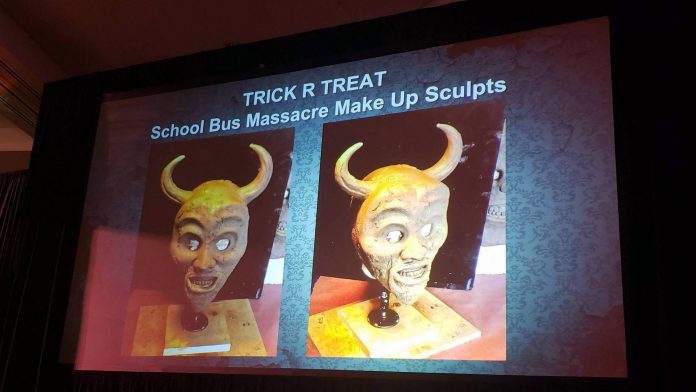 They went into a great amount of detail for the Trick R Treat maze and scare zone. Being that they’ve spent so long wanting to do it properly, they had a lot of ideas cooking in their minds for a while. And at the same time, Aiello compared how they had done it before for their scare zone. 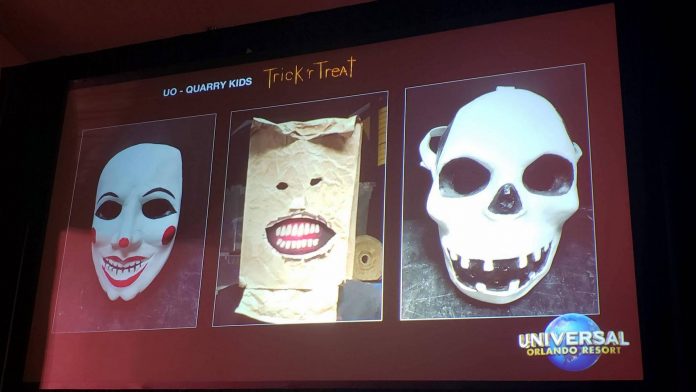 Because so much content was covered, we’ve included a video of a portion of the event, along with a short interview we conducted afterward, rather than dictate it all. It’s only natural that the first time two big players are brought together that you’d give them all the time they need. 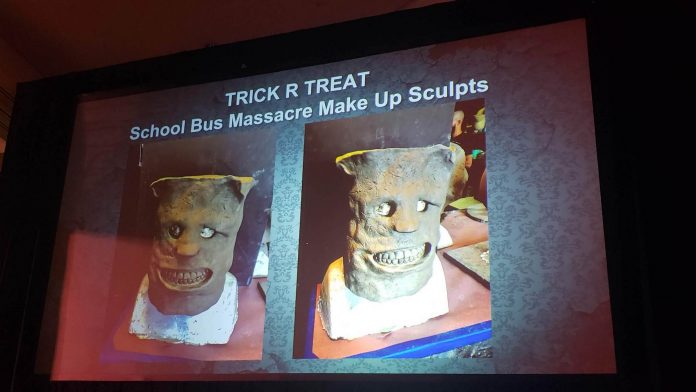 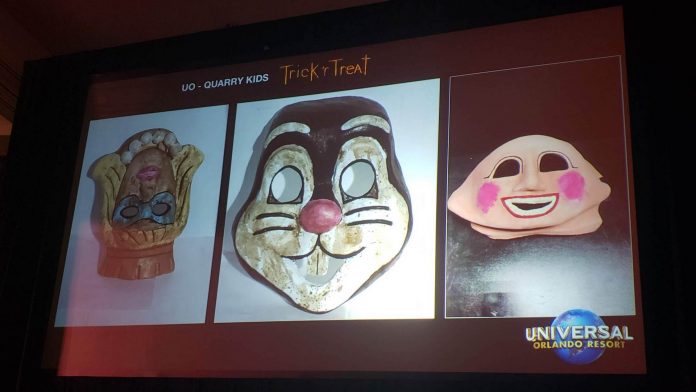 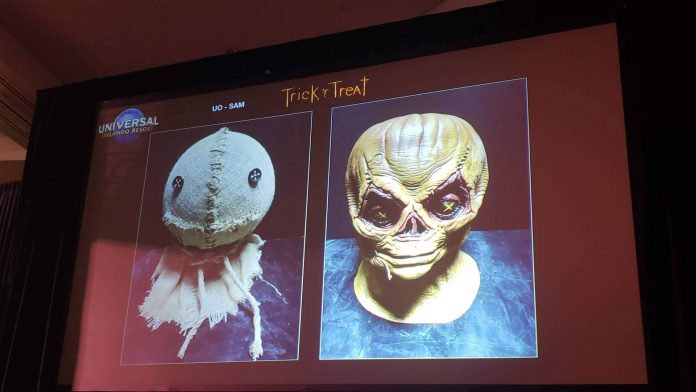 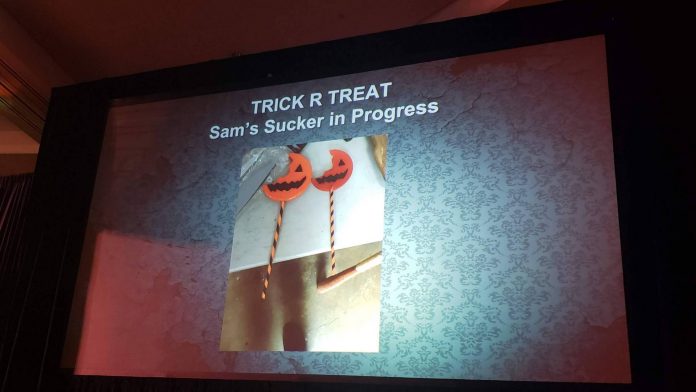