The 2007 horror-comedy, cult classic film has become a highly-requested property among Halloween Horror Nights fans for multiple years now, especially after last year’s highly-rated Trick ‘r Treat scare zone featured at Universal Orlando’s Halloween Horror Nights. However, the environment of a scare zone is very different from that of a maze, making this the first time for Trick ‘r Treat’s complex, anthology-like storyline, to be executed in its entirety at any Universal theme park.

Warning, there are spoilers ahead.

The maze begins at the prologue of the movie, featuring a facade of Henry and Emma’s house where Halloween decorations – most-noticeably, many ghostly scarecrow figures -created through placing white sheets over wooden posts – fill the front yard. As you enter through the doorway of the facade, you find a room almost entirely filled with more of these ghosts, though this time, Sam – a Trick ‘r Treater with a jack-o-lantern head determined to enforce the “rules of Halloween” – hides under some of the sheets and pops out randomly at guests, making his first out of many appearances in the maze. 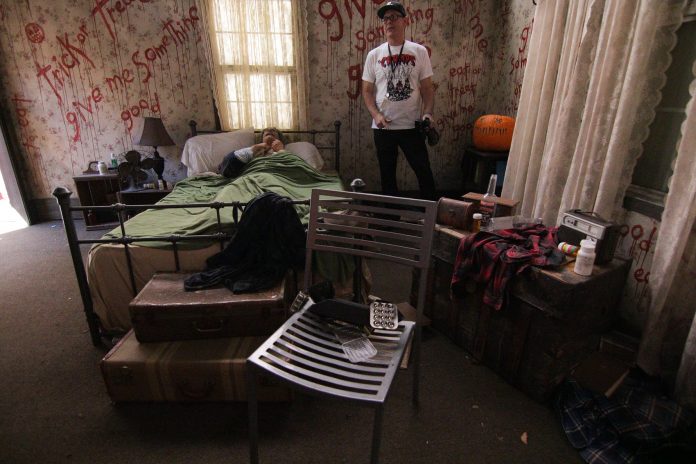 As you move on from this scene, you pass by a title card distinguishing your transition from the prologue of the movie into the next chapter: “The Principle”. A special-effects sequence featuring a drainage system underneath a static figure recreates the scene at the principal’s porch where Charlie, a child who broke two of the sacred “rules of Halloween”, vomits out the poisoned chocolate he had just eaten, at guests walking by.

The next title card transitions you to the chapter of the werewolf girls, where you follow the path of a girl in a red riding costume as she and some friends, all revealed to be werewolves, head to a Halloween party in the woods.

Although we do not want to give too much more away, we will mention that Sam continues to lurk in the background as you pass through the rest of the maze, similarly to how he often watches the storylines play out in the movie from afar. 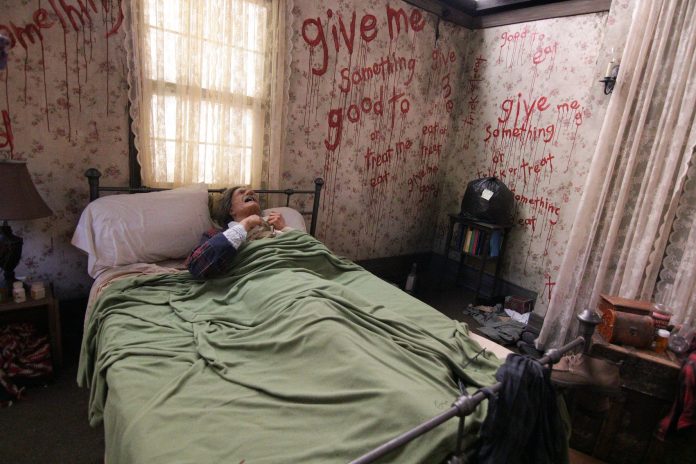 The maze continues to follow the plot of the movie in its non-linear order, separating each chapter with a title card containing the same carbon copy font from the movie itself. The finale occurs at Kreeg’s house, which has been vandalized with Halloween decorations and writing, but we will let you see and discover the rest of the maze yourself.

Stay tuned for part two of our behind-the-scenes look at Halloween Horror Nights, where we will preview Stranger Things.