In the second part of our behind-the-scenes preview of Halloween Horror Nights, we’ll take a look at Stranger Things, another maze located on the Lower Lot of Universal Studios Hollywood at this year’s event.

With Stranger Things becoming a pop culture phenomenon over the past two years, Creative Director John Murdy stated that he starting working on this maze as soon as last year’s Halloween Horror Nights came to a close. Although the show’s second season was released in October of last year, Murdy emphasized that there is so much content and detail in the show that he decided to focus this year’s maze solely on season one. 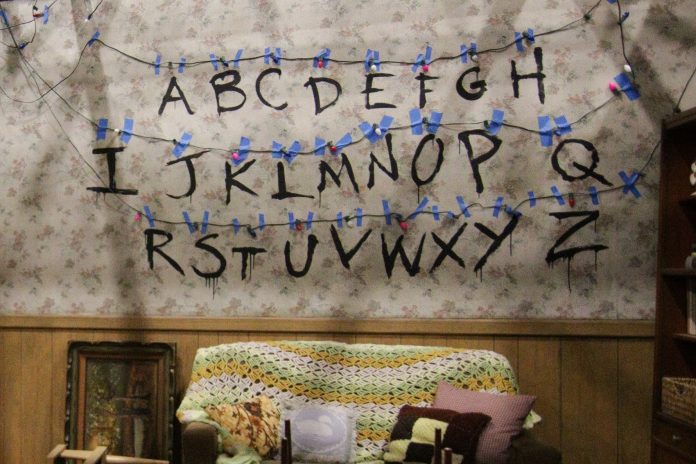 Likewise, the maze will follow Will’s journey just as the first season of the Netflix show does. As you first enter, you will come across a forest where Will’s bike is stashed on the ground, its wheel spinning and lights flickering upon it as a search party calls out his name in the distance. You’ll soon find hints that the Demogorgon, a humanoid creature that serves as one of the main antagonists in the show, is not-so-subtly stalking you as you head from scene to scene, though its appearance is only lightly teased towards the beginning of the maze – its full reveal will be a slow burn, similarly to its portrayal on the show.

Without giving too much away, the maze will feature many of the iconic locations and scenes fans will remember from the show, including but not limited to the Upside Down, Hawkins National Laboratory, and Hawkins Middle School, as well as a handful of other recognizable characters. However, to solve the problem of finding actors that resemble the child main cast of the show, Will’s friends will instead be communicating over walkie talkies that echo in the background as you walk through each scene. An exception to this is Eleven, who will still be portrayed by a live actor, though with the use of a highly-detailed sculpted mask. 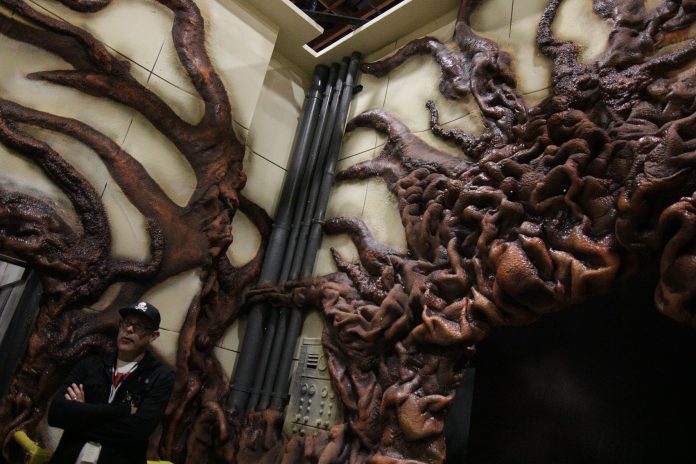 The attention to detail in this maze, in particular, is outstanding. As the show takes place in the 1980s, the props, furniture, wallpaper, and even flooring immediately transport you to the time. The Byers house is furnished to look like the 1970s, for example, featuring the family’s decade-old furniture from the show paired up with vintage props of all shapes and sizes that truly bring the time period of Stranger Things back to life. Detail-oriented fans will also notice that scenes such as Will’s bedroom appear to have been taken straight out of the show, with every detail down to the wallpaper pattern perfectly replicated.

“It enabled us to use the space to its full potential.”

Immersion will be this maze’s strong suit. Stranger Things, the largest maze featured at this year’s Halloween Horror Nights, resides in Soundstage 29 on the Universal Lot, allowing the creative team to use the vertical height of the building to its potential, as well as garner excellent control of the lighting for each and every scene of the maze. Audio cues will be authentic to the show as well, as Netflix granted Murdy access to all of the production audio he had previously documented for the maze in a twenty-page, 10 point font list of cues including dialogue and sound effects. 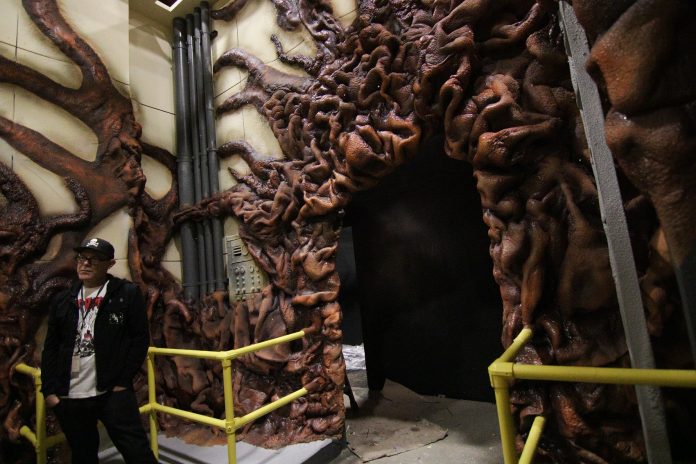 Furthermore, the finale of the maze takes place in the Hawkins Middle School science classroom, where Eleven faces off with the Demogorgon amongst the chaos, though we’ll leave the rest of the details for you to see for yourself.

Make sure to check out the first part of our preview of Trick ‘r Treat. Halloween Horror Nights begins Friday, September 14 and runs on select nights through November 3.