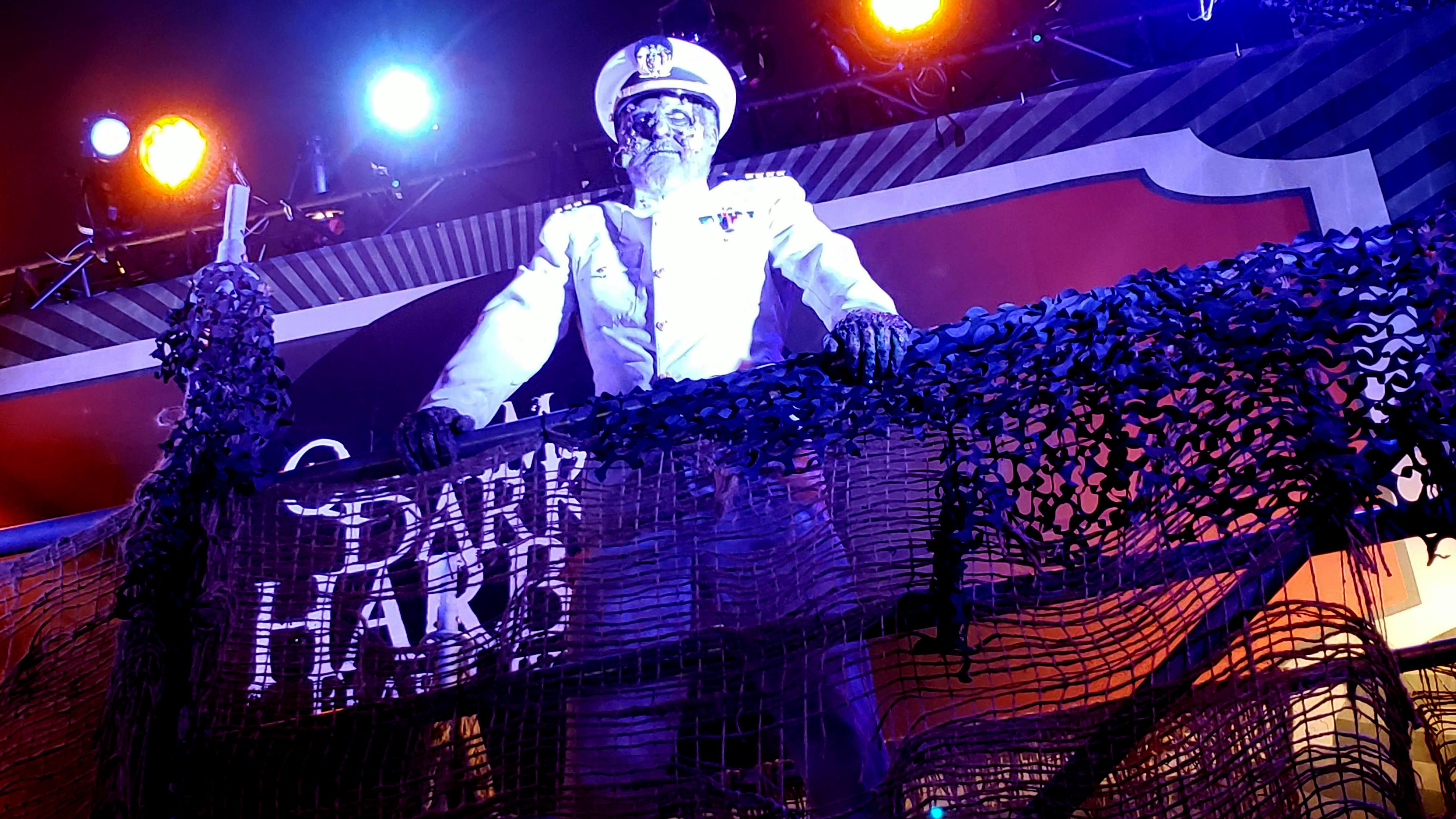 If you can remember way back to July, there was a big reveal during Midsummer Scream’s presentation on Queen Mary’s Dark Harbor. A familiar face walked out, to the surprise of many. Jon Cooke, a maze designer formerly of Knott’s had a chance to work his magic on rejiggering the established mazes at Dark Harbor and we finally had a chance to see if the gamble paid off. 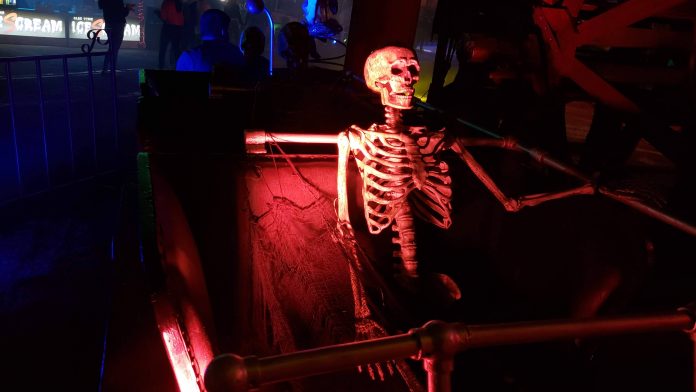 Suffice to say, it did.

Dark Harbor is one of the big four haunts of Southern California, alongside Universal, Six Flags and Knott’s, which is impressive considering how the others are theme parks for the rest of the year. Dark Harbor puts together a solid event that competes with and exceeds the efforts of the others. 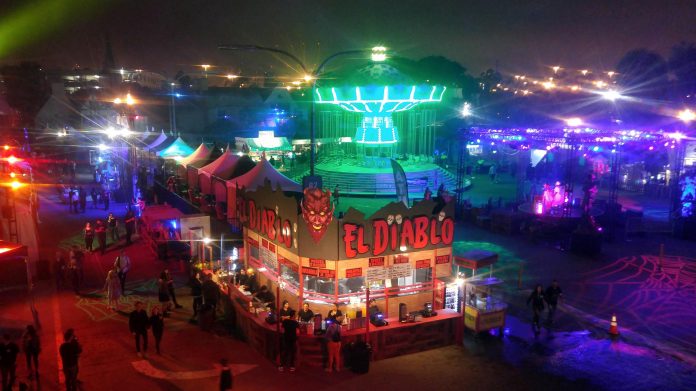 Whereas Horror Nights in Hollywood will completely redo their maze lineup each year, and Knott’s chooses to rotate out a few, Dark Harbor sticks with what works and polishes them to a mirror sheen. Instead of having Cooke come up with some twisted new creation, he instead freshened up the existing mazes, giving the entire event a new feel. 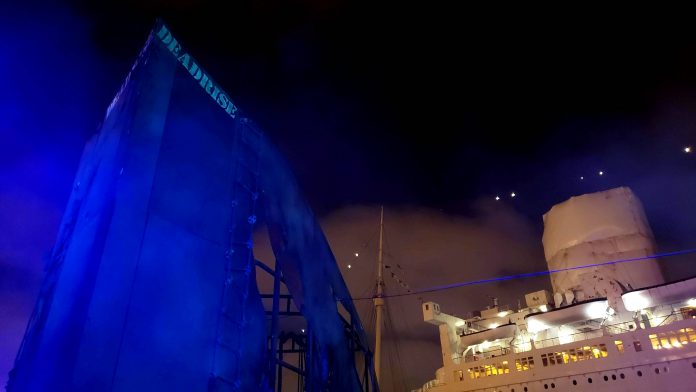 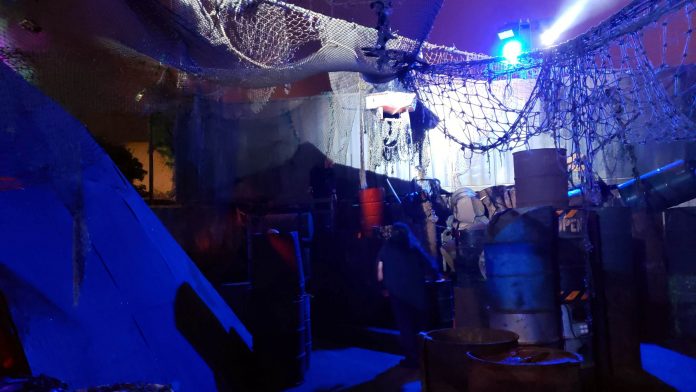 Deadrise, one of our personal favorites, has a much more open path now, and through the use of a bit of radio and some ‘helpful’ sailors, there’s much more story and exploration. Plus, it adopts the ending of the sideshow maze from some years back, where you literally can’t see more than a few inches in front of you because of the dense fog in the shipping container. It really adds to the great ending of Deadrise that entertains everyone watching. 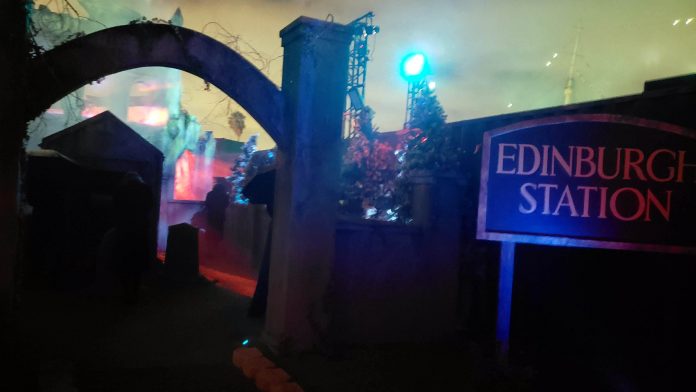 B340 has changed from a surreal maze inside the mind of an insane man to one of his days as an investigator. I’m not exactly sure if I prefer one over the other, but I do appreciate the change of the timeline, and some of the new gimmicks in the maze, including a short bit of crawling and clothing racks you have to fight through. 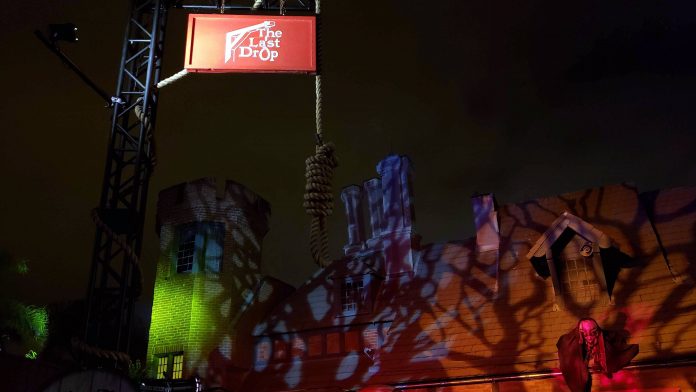 Feast, the new maze from last year has moved from the aft of the shop to the bow, where Soulmate used to reside. However, luckily, the mazes have been merged and the path reversed. So instead of Feast being a maze walking through the kitchen and Soulmate being a maze walking through a resurrected cruise ship hotel lobby, you now are hired as a waiter and eventually revisit the best parts of Soulmate. It’s a great comfort knowing Soulmate lives on. These mazes definitely work better combined than as alone, with a more full story as you leave compared to the originals, especially with the path reversed.

Circus is a fan favorite. It introduced the great Ringmaster. It has a ball pit. There are fun characters all around. And now there’s a bit of a story and more interaction inside which works great. And the same with Lullaby. And Intrepid.

Honestly, I could spend a lot more time going into detail about the small changes, but they’re all improved across the board. With no need to focus on a new maze, the attention given to the established classics is noticeable. On opening night, there were converted skeptics among us, really happy. There’s a new energy around the event now. 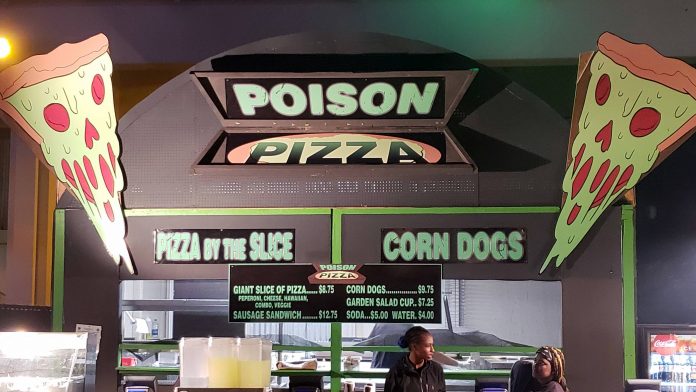 The staples are still there, of course, with the Ice Bar, Sinister Swings, carnival-style food, the RIP Lounge with tacos, and the 4-D show which is scariest with a packed theater. And the best part of the night will always be the slider shows. The Queen Mary Sliders are a great troupe that works tirelessly through the night. Between shows, they’re scaring the hell out of guests, but twice a night they’re showing off their skills in a dedicated strip near the entrance of the park. It’s a comfort knowing that the competition amongst haunts in Southern California has existed for so long, allowing people to hone their craft to the point where it’s entertaining just to watch them slide and that Queen Mary gives them the chance to express themselves. 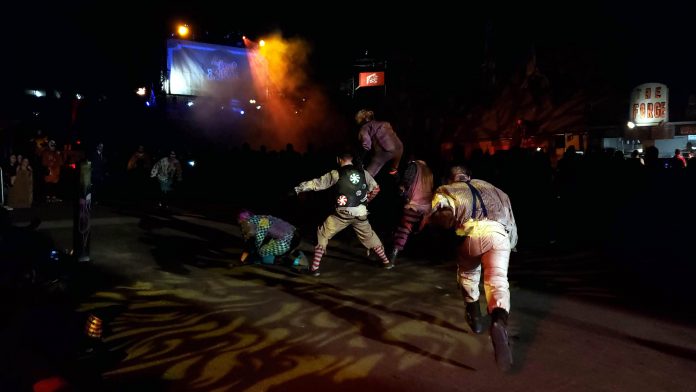 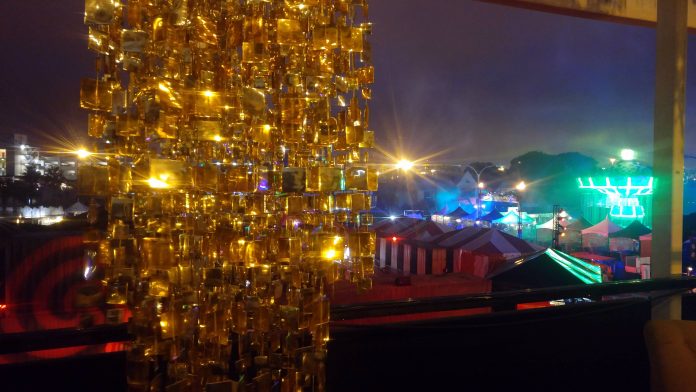 And it’s not just the sliders. The entire event has a certain freedom to it. The monsters all have a certain amount of autonomy not seen at other events. It makes it so much more intimidating knowing that they aren’t limited to interacting with you for mere seconds at a time. And the hefty amount of sideshows going on just keep it mixed up. Hang out by the circus stage and you’ll see magicians, fire dancers, snake charmers, guitar players, wonderful singers, and so much more. They used to print schedules, but it seems they’ve given up on it because of the sheer amount of small shows constantly happening all over. The best advice is just to hang out near the stages until you see something you like because it won’t take long, and who knows? There may be surprises. 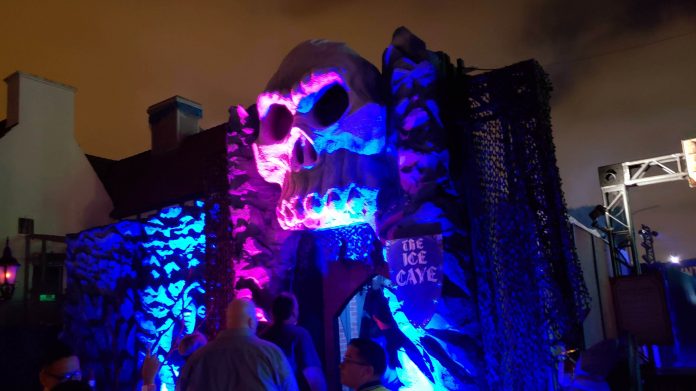 The other thing that Dark Harbor emphasizes, far beyond what other haunts do, is the booze. What started out as a small test expanded to all the mazes. This year there are wooden tokens to be had all around the park, given out by the characters, and when used in the right place in the right maze, give access to bars inside the maze. The tokens have a visual clue on them to where it is, but if you are stumped, you can always ask for help, and see if you get any. 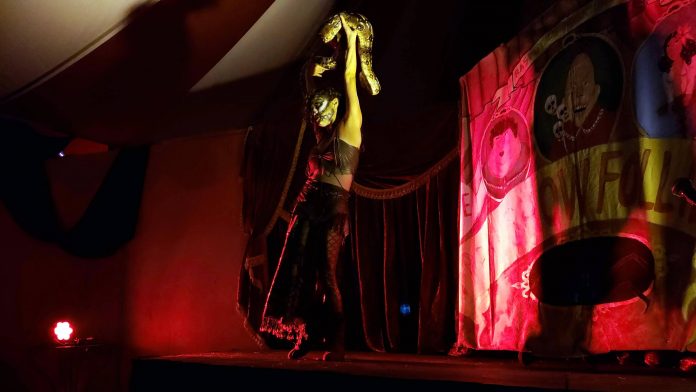 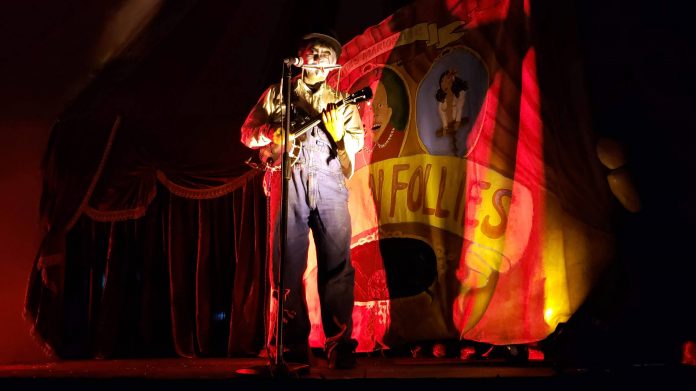 Also, one final note. As veterans of Halloween events may know by now, costumes are typically prohibited at these events, and for good reason, to avoid blending in with the paid talent. However, twice a year, Dark Harbor allows for a Costume Ball and contest. Appropriately, on Halloween night, and the night after, for Dia De Los Muertos, you can actually venture into Dark Harbor in your full getup with your crew. But be warned, the security line for these nights can get quite long, on top of their already long security lines, so arrive early and be patient.

This event is the best it has ever been. Period. Everyone is in top form and giving it their all and you owe it to yourself to make a visit to it.