The Raptor Encounter meet & greet at Jurassic Park in Islands of Adventure has temporarily moved to a new area as Universal continues land preparation for a new Jurassic Park attraction.

The meet & greet is now located adjacent to Pizza Preddatoria, in an area formerly occupied by a seating area. The old Raptor Encounter area has now been completely walled off.

Universal has yet to announce what the new project entails, but rumors indicate a coaster is likely coming to the area. Like always, nothing is official until Universal makes it official. It is believed that a new Raptor Encounter area will be a part of the new project.

Elsewhere, more foliage has been removed around Jurassic Park, specifically around the old Triceratops Encounter. 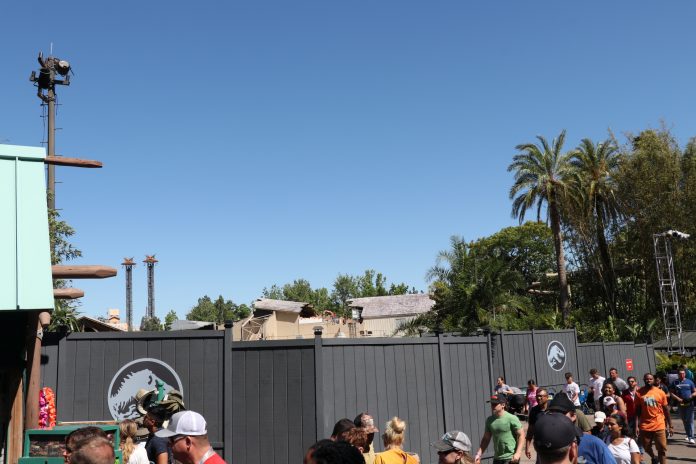 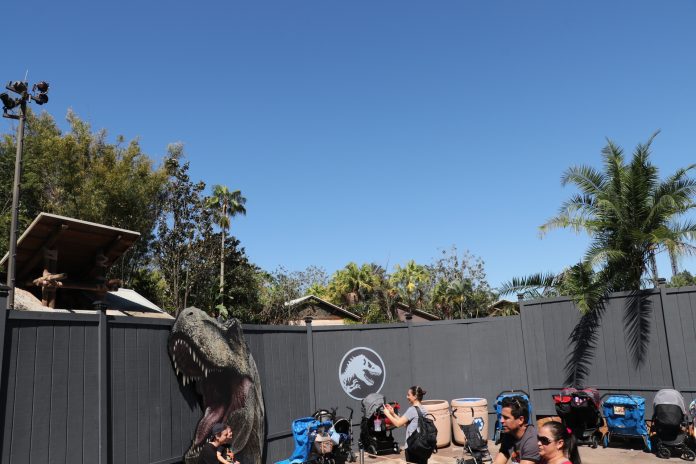 Whatever is coming, it’s definitely exciting times at Islands of Adventure.