Universal Studios Hollywood has begun the marketing blitz for the much anticipated Jurassic World: The Ride, set to open this Summer, with a brand-new commercial.

“Jurassic World—The Ride” will debut an original storyline that takes place within the theme park as depicted in Universal Pictures and Amblin Entertainment’s film, Jurassic World, on the day the Indominus rex escapes.

The commercial also gives us our first look at the Mosasaurus – as a boat traverses through her natural habitat, behind a three million gallon glass encased Aquarium Observatory tank. 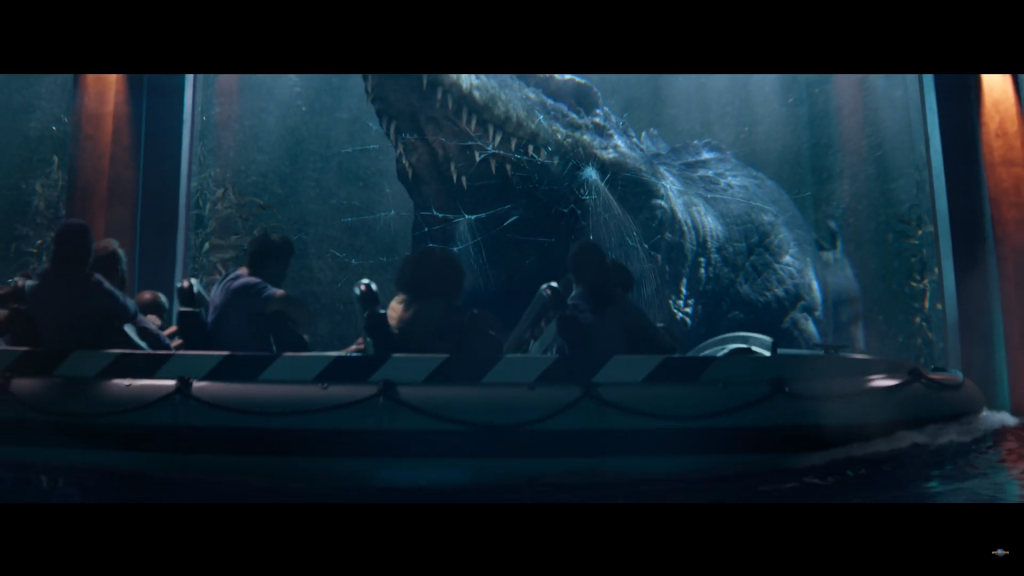 The state-of-the-art attraction will debut an original storyline that takes place within the theme park as depicted in Jurassic World – featuring additional new dinosaurs from the film. Currently, the ride’s aesthetics is being worked on to fit the blue & silver from the Jurassic World films – moving away from the original film’s red and yellow. A fresh, new entry statement, stonework landscaping and a contemporary redesign of the iconic pillars illuminated with billowing flames will support a prominent “Jurassic World” marquee logo.

Unfortunately, we still have no opening date – but hopefully, we get that information soon! In the meantime, for more information on Jurassic World: The Ride – you can read the original announcement here.

Stay tuned to Inside Universal for all the latest on Jurassic World: The Ride and the Universal Parks & Resorts.