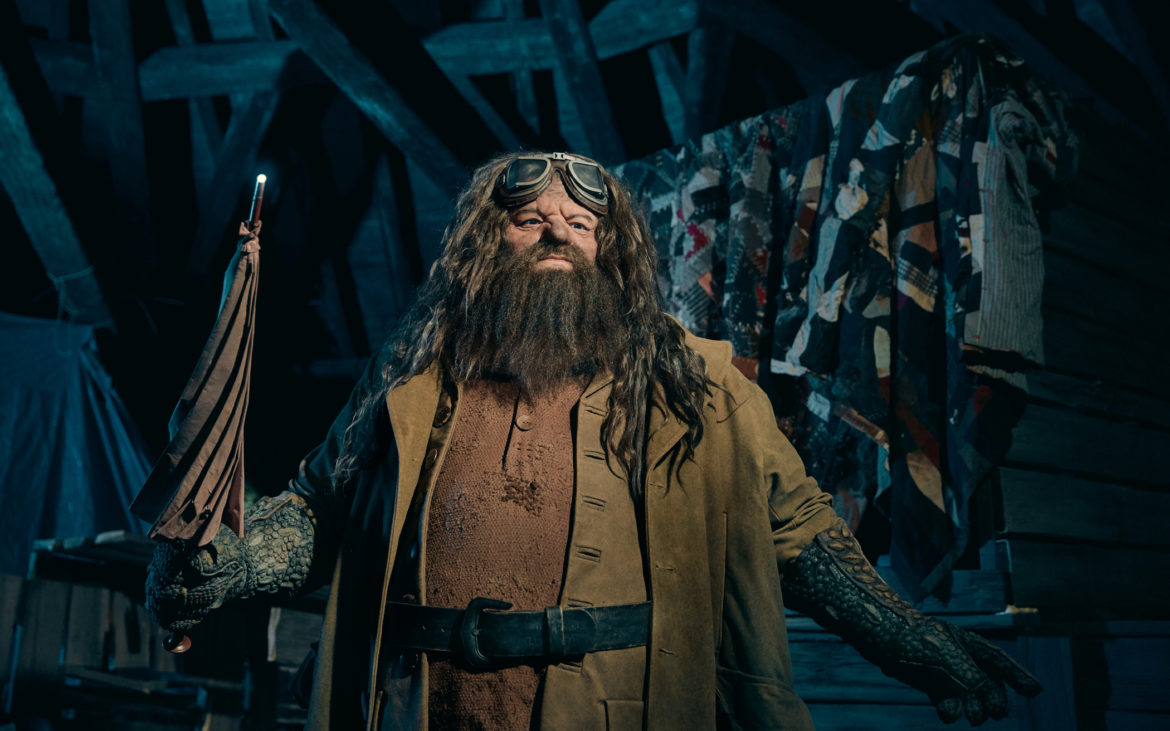 Universal Orlando has given us the first-look at the Hagrid audio-animatronic figure that will be featured in Hagrid’s Magical Creatures Motorbike Adventure.

Guests will join Hagrid on a thrilling journey into the Forbidden Forest as he introduces you to some of the wizarding world’s rarest magical creatures.

Universal states the Hagrid AA will be the most advanced and life-like animated figure that they have ever created. Universal Creative worked directly with Robbie Coltrane – who portrays Hagrid in the Harry Potter films – to study his body movements and facial expressions to develop 24 different body actions for this animated figure. Hagrid’s height is exactly proportional to his height in the films – 7 feet 6 inches tall. 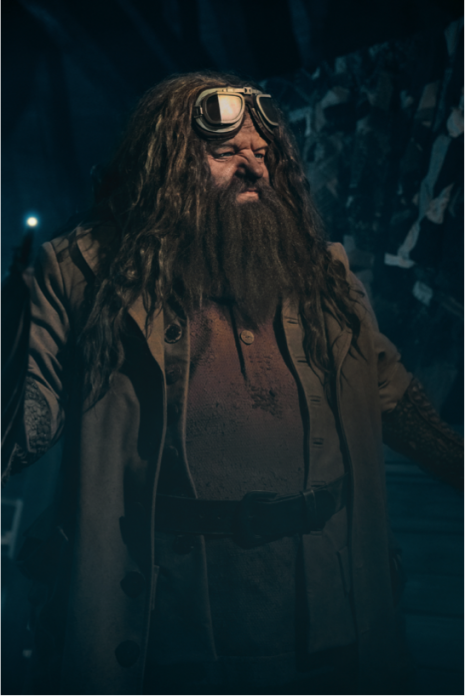 The attraction, which is set to open on June 13, will combine a new level of storytelling and innovative coaster technology with rich environments and sets – including an actual forest with more than 1,200 live trees. It will also give guests the unique opportunity to join Hagrid – one of the most beloved characters in the Harry Potter films – on a journey to one of the most mysterious places in the wizarding world – the Forbidden Forest. With Hagrid as their guide, guests will fly deep into the Forbidden Forest and brave the mysteries and thrills beyond the grounds of Hogwarts castle on a groundbreaking coaster experience unlike any other.