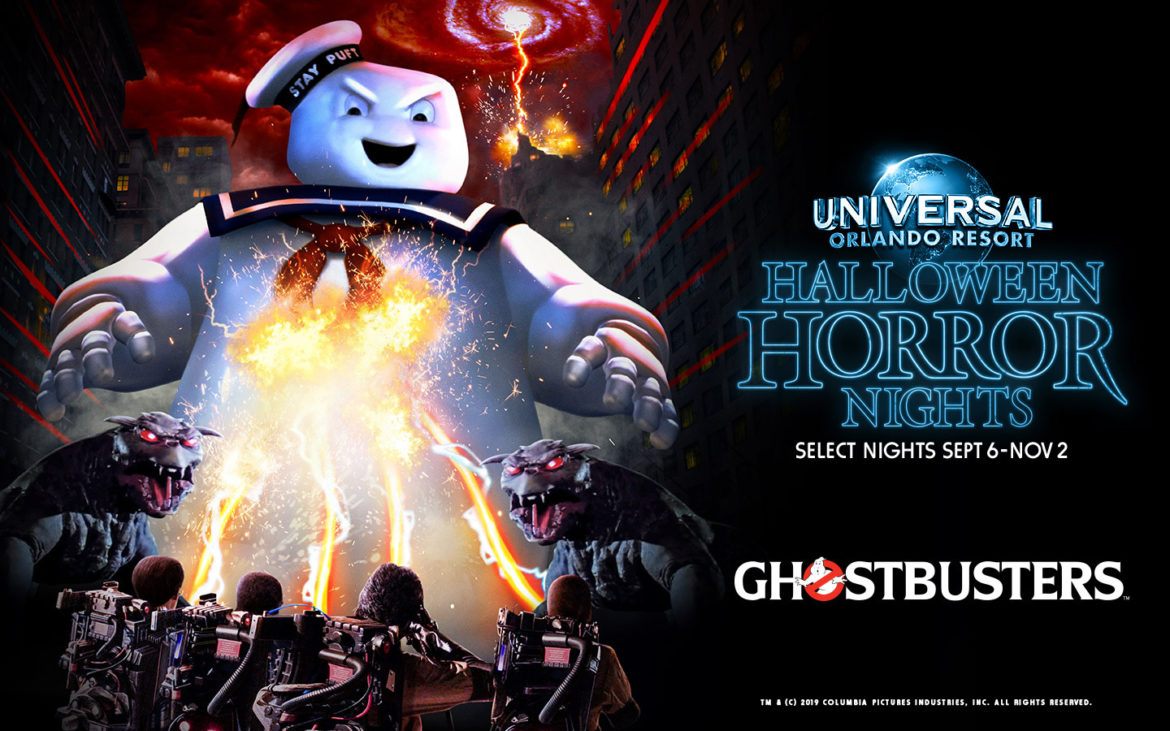 Universal Parks has announced that the popular supernatural comedy, Ghostbusters, is coming to Halloween Horror Nights in Hollywood and Orlando.

Released in 1984, Ghostbusters centers around a group of parapsychologists who start a ghost-catching business in New York City. Considered one of the most popular and culturally-impactful films, the franchise has expanded with video games, toys, cartoons, sequels, spin-offs, and more. This year, the franchise is celebrating its 35th Anniversary.

In each maze, guests will follow in the footsteps of the Ghostbusters – Peter, Ray, Egon and Winston – as they venture through artfully recreated scenes from the film, including the firehouse, New York Public Library and the Temple of Gozer, as an army of ghoulish spirits, hideous specters and ectoplasm-dripping phantasms attack from every corner.  As they delve deeper into the maze, guests will come face-to-face with an array of paranormal creatures, from the voracious Slimer to the all-powerful Gozer the Gozerian and in its ultimate destructor form – the Stay Puft Marshmallow Man, to brave the demonic spirits and survive the night.