After a nearly ten-month refurbishment, Jurassic World: The Ride is officially open to the public. The water ride follows a new storyline featuring a mixture of both familiar and brand-new dinosaur animatronics, giving a relatively fair balance between the nostalgia of the iconic Jurassic Park franchise and the sleek, modern look of the Jurassic World films.

Though the ride already officially opened to the public on a soft note nearly two weeks ago, Universal made sure that the ride would get an opening to make history for the press to both capture and witness for themselves. 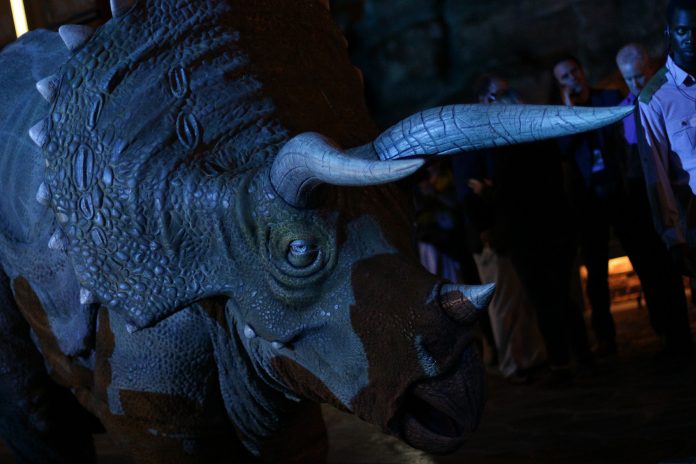 Of course, there is no Jurassic World without dinosaurs, thus the new life-sized Triceratops and baby Raptor made their way in front of the audience to the stage and back for a brief greeting to attendees. Following the event’s first meet with a dinosaur, Universal Studios Hollywood President and COO, Karen Irwin, soon took stage to thank all who made Jurassic World a reality at the park, though not without paying homage to Jurassic Park: The Ride and how the groundbreaking experience it offered truly changed the park for good. 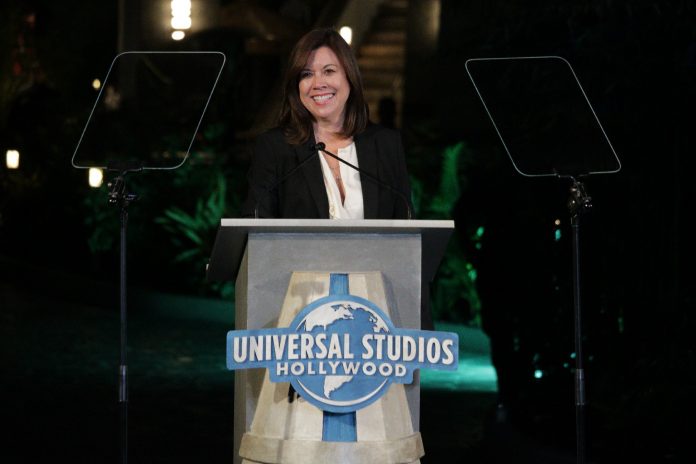 “The addition of Jurassic World: The Ride is our next step of our ongoing evolution of Universal Studios Hollywood,” says Irwin, “to create the most innovative, compelling experiences possible.”

Ron Meyer – Vice Chairman of NBCUniversal – followed suit to explain the timeless impact that the Jurassic Park films have had on an only growing number of fans, stressing how Jurassic World’s presence at the park and beyond will continue to spread that fascination with and awe of the Earth’s prehistoric past to the new generation and beyond.

Jurassic World Director, Colin Trevorrow, additionally made a brief speech on stage to thank the late Michael Crichton, author of the Jurassic Park novels, as well as Jurassic Park film director Steven Spielberg, who couldn’t make it due to scheduling conflicts while he films West Side Story. 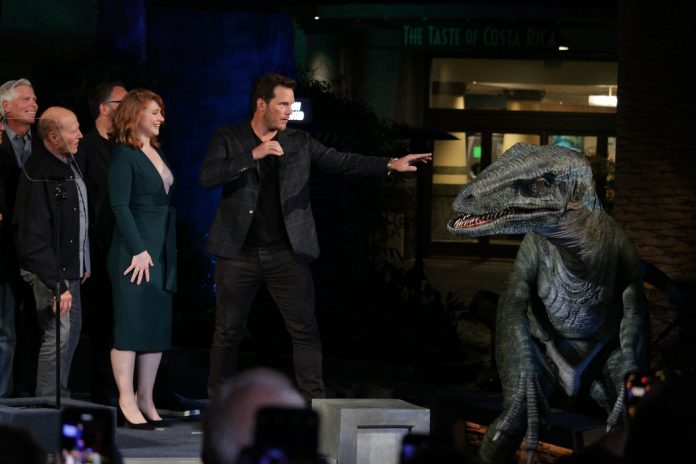 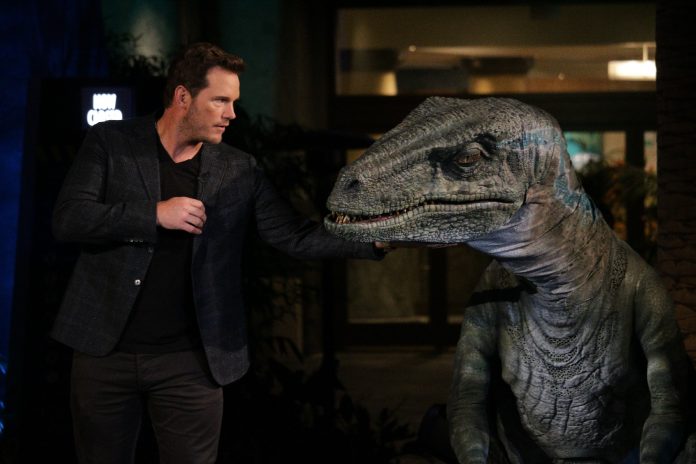 To tie the ceremony together, Jurassic World stars Chris Pratt and Bryce Dallas Howard among others joined all on the stage for a group photo, which Blue the Raptor of course was invited into as well. When Blue initially lashed out at nearby guests, Pratt quickly managed to soothe the Raptor using Owen Grady’s iconic technique. Ceremonial pyrotechnics soon joined in the background to officially welcome Jurassic World: The Ride and its surrounding area to Universal Studios Hollywood for years to come. 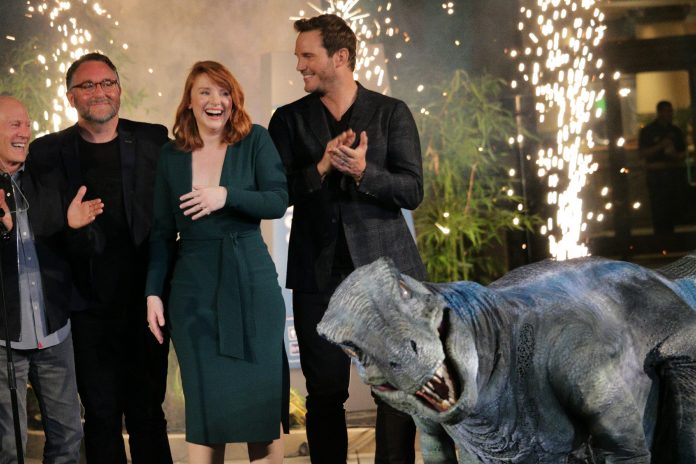 As always, we wholeheartedly thank Universal for inviting us to this grand opening celebration to be remembered. You can find more coverage on Jurassic World: The Ride from its soft opening earlier this month.