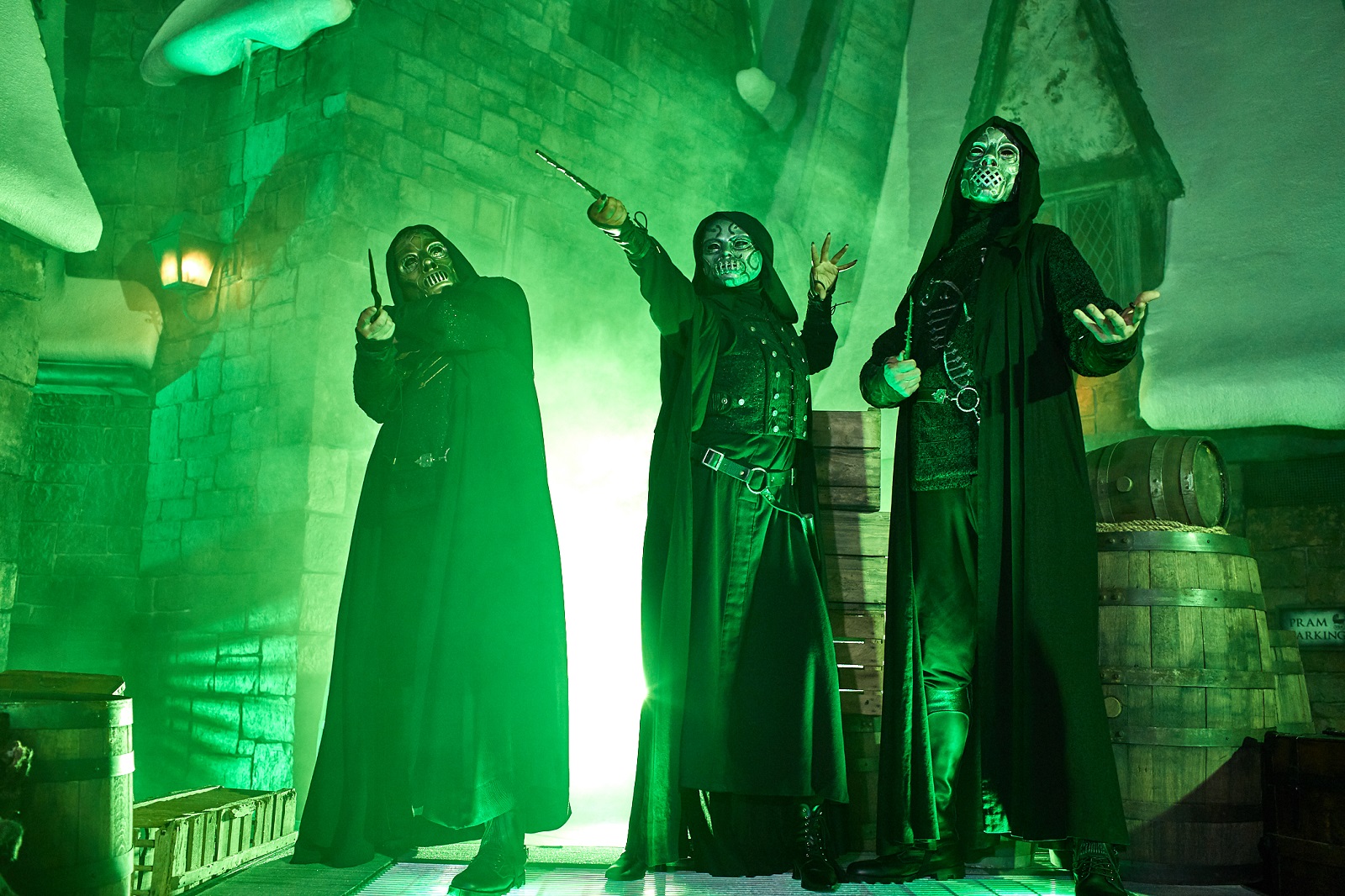 The darker side of the wizarding world has now cast a shadow over the Wizarding World as the “Dark Arts at Hogwarts Castle” premiered at Islands of Adventure.

Guests will watch as some of the awe-inspiring moments and creatures, including Dementors, Aragog, Mountain Trolls, Thestrals, and more, inspired by the Harry Potter films come to life on Hogwarts castle through state-of-the-art projection mapping, special effects, lighting and more – making this a “must-see” Wizarding World experience.

The show initially debuted in Universal Studios Hollywood earlier this year. Sadly, the Orlando version does not feature the Patronus drones. However, with the debut of the Death Eaters – it more than makes up for it.

For the first time ever, guests can now come face-to-face with Death Eaters while in Hogsmeade. Ominous green light and fog will permeate the village as the Death Eaters eerily roam throughout Hogsmeade, lurking amongst guests – practicing the Dark Arts with complete disregard of wizarding laws.