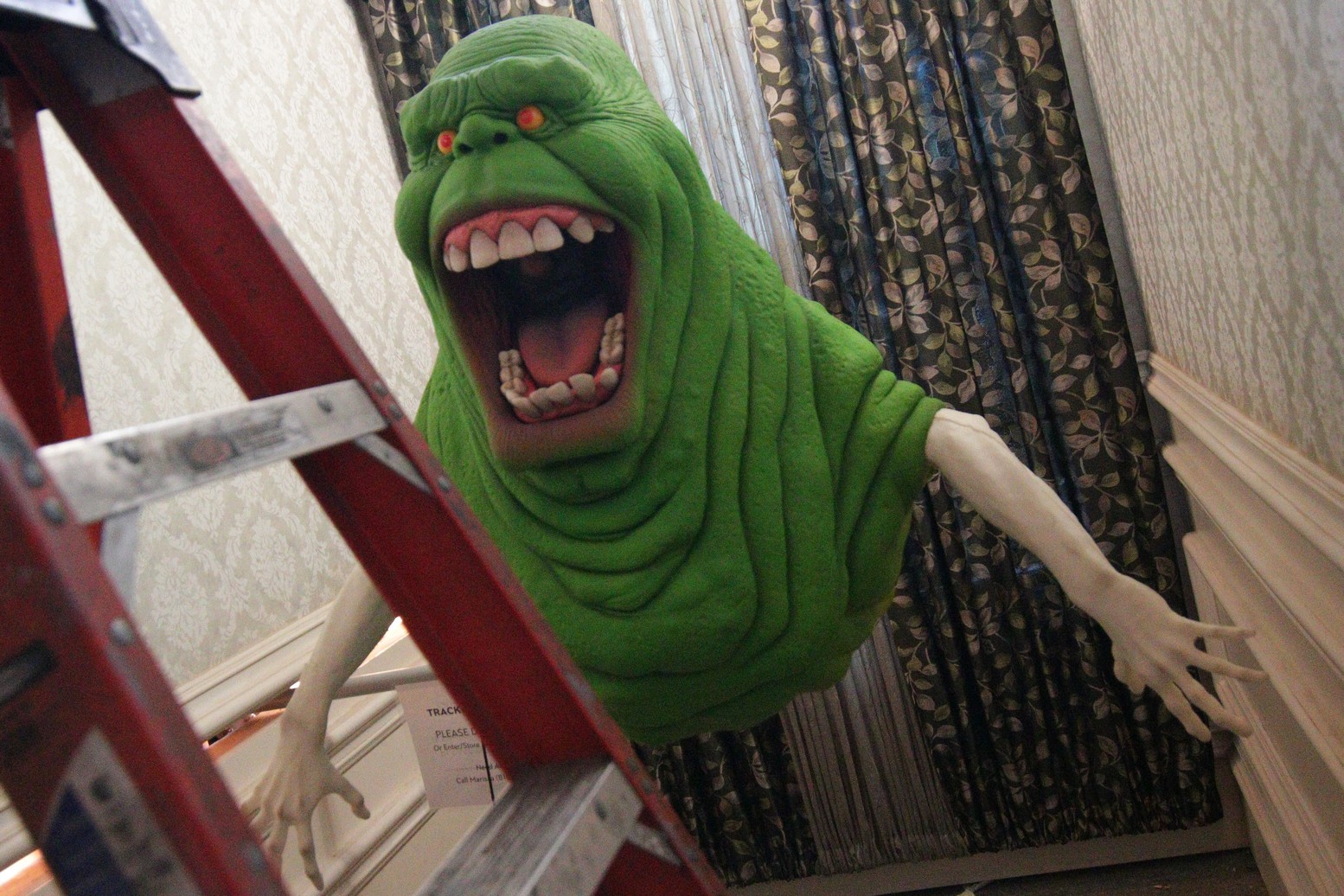 Yesterday afternoon, Inside Universal was graciously invited for a behind-the-scenes tour of some of the mazes that will be featured at this year’s Halloween Horror Nights: Ghostbusters, Creepshow, and Killer Klowns from Outer Space. In the first part of our behind-the-scenes preview, we’ll take a look at Ghostbusters. 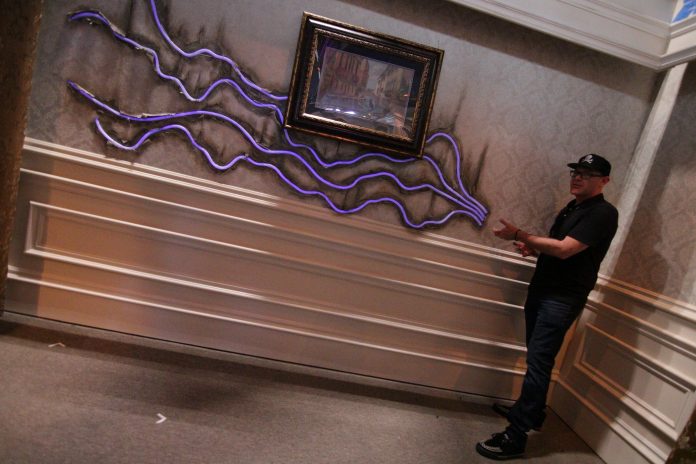 Though most would not consider it to be a horror franchise due to its emphasis on comedy, Creative Director John Murdy made it a point that Ghostbusters also features a number of horror elements – including the iconic library ghost and terror dogs – giving it an unexpectedly fitting spot at Halloween Horror Nights. However, guests can still expect this maze to be the lightest on scares at this year’s event in it encapsulating the overall fun tone of the films.

Ghostbusters will also continue the tradition of the “Twitter password game”, in which fans following Hollywood’s official Halloween Horror Nights Twitter (@HorrorNights) can retrieve a password each night to deliver to the character Louis Tully – in his possessed form, of course – while approaching the entrance to the maze. In exchange for a correct password (an incorrect password will only enrage his possessed spirit), Louis will give guests a keepsake from the film. 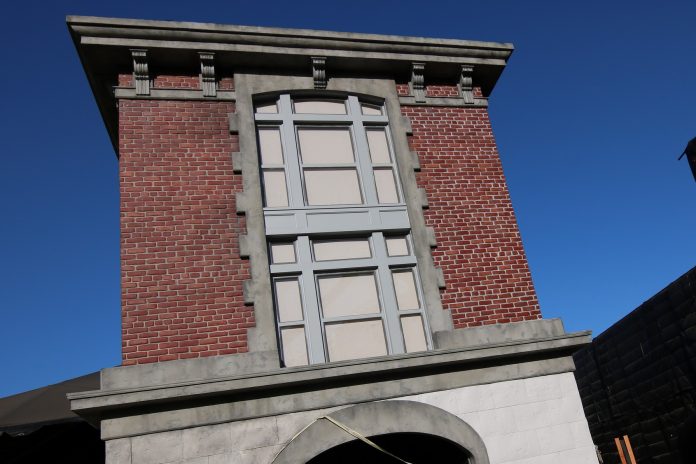 The maze loosely follows the plot of the original 1984 film, though not exclusively, as it includes some references to Ghostbusters 2, the 2016 reboot, and even the video game. Guests will enter through the iconic Ghostbusters firehouse, finding themselves in secretary Janine Melnitz’s office with the knowledge that something bad is going on: the ghosts have escaped the containment unit and are tormenting New York City. Unlike most other Halloween Horror Nights mazes where performers act out the same line of dialogue over and over again, the actress portraying Janine will be able to choose from multiple lines at the click of a button:

“What we’re doing differently is that we’re giving the performer the ability to decide what dialogue to trigger based on what’s going on in the room around her,” Murdy states, emphasizing this particular immersion factor. Consequently, each walkthrough may provide a different experience for guests, giving Ghostbusters easy repeatability for fans. 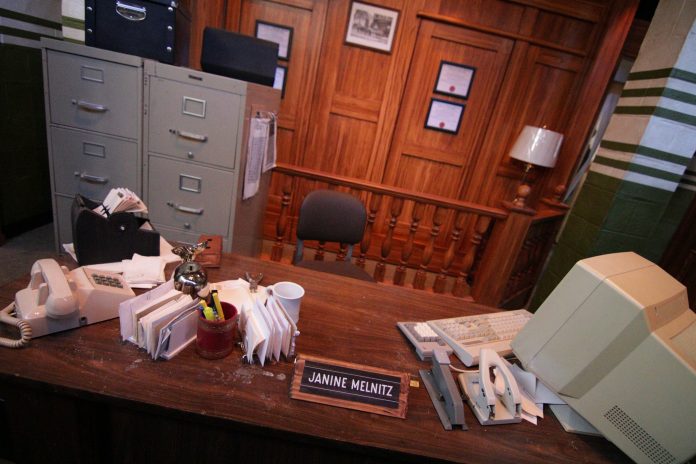 Without giving away too much more of the maze, guests will be able to walk through various iconic locations from the film haunted by taunting ghosts, including – but not limited to – the library, the Sedgewick Hotel, and Dana Barrett’s apartment in Central Park West. Concluding the maze is easily one of the most awe-inspiring scenes in Halloween Horror Nights history: the Ghostbusters’ face-off with Stay Puft. We’ll spare you the details so that you can experience it for yourself. 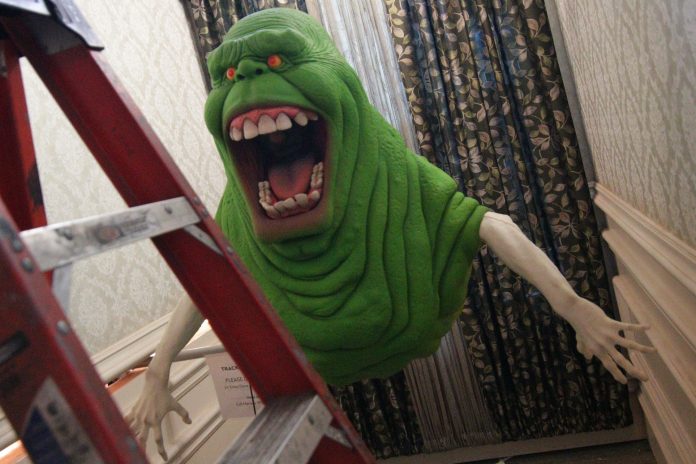 Overall, the attention to detail in this maze is astounding. Prop newspaper clippings scattered about include references to Ghostbusters characters and events, while furniture and wallpaper in various scenes appear to have been extracted directly from the film. Many famous lines will also be featured, helping to immerse guests in the fun and exciting realm of the Ghostbusters franchise sure to bring about many smiles as well as a unique, exuberant energy to this year’s Halloween Horror Nights.

Stay tuned for part two of our behind-the-scenes look at Halloween Horror Nights, where we will preview Creepshow.